Russian trolls have been in the news ever since they were accused of interfering in the 2016 US presidential elections. They were around before 2016, but nobody was paying attention. Meanwhile, they spent their time perfecting the tactics they used to disrupt the elections.

The trolls used bots and fake social media accounts to post controversial and divisive political statements to sway voters or, in some instances, discourage prospective voters from voting at all. However, there are lots of misconceptions and facts we don’t know about these trolls. As usual, we’ve got you covered. 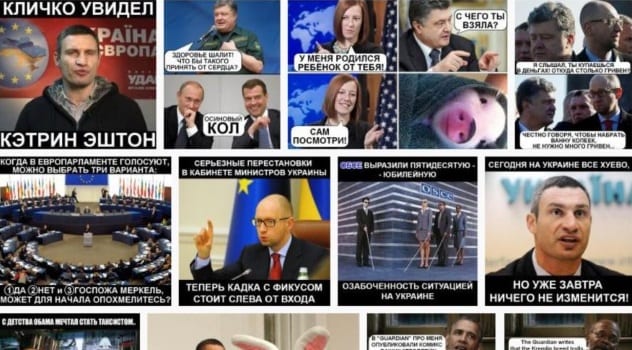 Russian trolls use a lot of memes, referred to as “demotivators.” Memes are so important to their campaigns that “troll farms” have entire departments set up to create them. The memes are dumped on websites where the trolls download them for use. The Guardian already exposed one of the websites, which has a name that translates to “in the headquarters” in English

The owners of the website did their best to hide their details. However, we know it is hosted in Russia and first appeared on March 29, 2014, less than two weeks after the US and EU issued sanctions against the Kremlin for Russia’s invasion of Crimea.

The memes often contain anti-Western, anti-Ukranian, and pro-Putin images with controversial captions. Putin is always depicted as a hero while Barack Obama, who was president of the US at the time the website was set up, is often depicted as a monkey. Petro Poroshenko, the president of Ukraine, is usually shown with sex toys or seductive dresses. One anti-Ukranian meme showed Poroshenko wearing lingerie while having a video chat with Obama.[1] 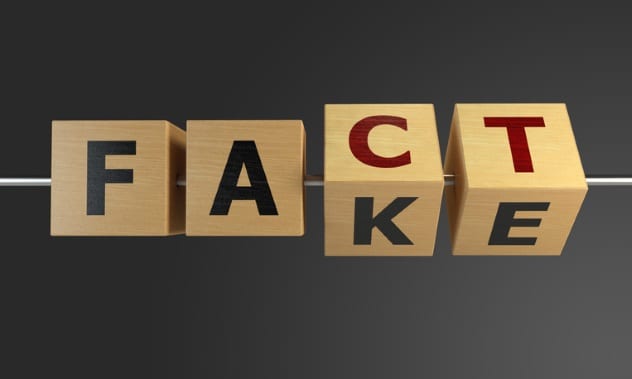 People often think of fake news whenever they hear about Russian trolls. But the truth is that the trolls actually post more real news than fake news. Only one in every five news stories shared by the trolls before the 2016 elections were fake. The rest were real.

Russian trolls shared real news written by local media outlets. Some even posed as local media by using confusing Twitter names like “Atlanta_Online” and “KansasDailyNews.” The trolls shared local news because they know many people trust their local media over the national media.

In troll fashion, the Russian trolls created profiles supporting both sides. For instance, while right-wing trolls supported the police and concentrated on crimes committed by minorities, left-wing trolls condemned police brutality and concentrated on crimes committed against minorities. Nevertheless, Americans will need to fight more than fake news to stop these trolls.[2]

8 There Are Five Types Of Trolls 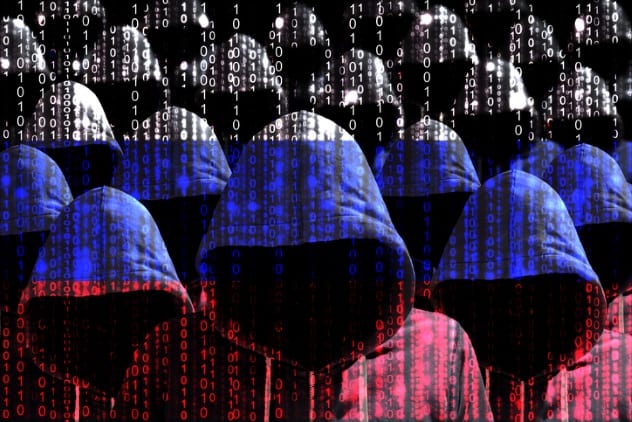 Darren Linvill and Patrick Warren of Clemson University, South Carolina, have categorized Russian trolls into five types. They did this after analyzing almost three million tweets made by 2,848 Twitter accounts linked to trolls. They categorized the trolls into right trolls, left trolls, news feed trolls, hashtag gamer trolls, and the fearmongers.

The right trolls always create tweets supporting President Trump. However, they avoid posting messages supporting the Republican Party and will readily attack Republicans and even the party. The left trolls support Senator Bernie Sanders and will often criticize the Democratic Party.

The news feed trolls pretend to be local news networks and tweet about real-life news stories. Their job is to present a positive opinion of Russia to Americans. Then there are the hashtag gamers, who often use political hashtags to promote political interactions. The last are the fearmongers, who spread fake news.

Warren and Linvill noticed that the fearmongers are the only trolls who do not switch between categories. The other four often switch depending on the situation.[3]

7 The Trolls Do It For The Money 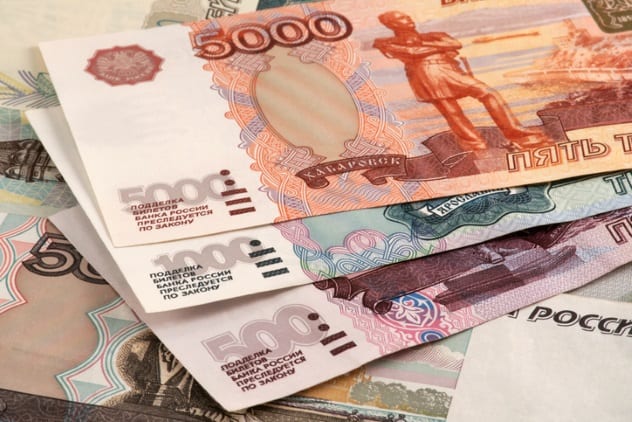 Russian trolls are only working for their paychecks. They do not care about US or even Russian politics. The only thing they are interested in is the money.

Vitaly Bespalov, a former troll, revealed how recruitment works. He got the job in 2014 after finding an ad posted by an unnamed business requiring a content manager. The job description was vague, but the pay was high. It was 45,000 rubles (roughly $700) a month. Evidently, all the employer wanted was somebody who could write.

Bespalov got the job. As he later found out, the employer was the Internet Research Agency (IRA), the major troll network involved in most Russian troll activities. The agency asked the writers to set up multiple social media accounts, which were used for trolling. The trolls were required to make posts and leave comments on blogs, depending on what the company decided.

While the trolls themselves are largely indifferent to politics, there were a few who love Putin. They call themselves Putin trolls. However, they are the minority. Of course, all of the trolls are only allowed to make positive comments about Putin. They cannot make negative, neutral, or even funny comments.[4]

6 They Watched House Of Cards To Learn About US Problems 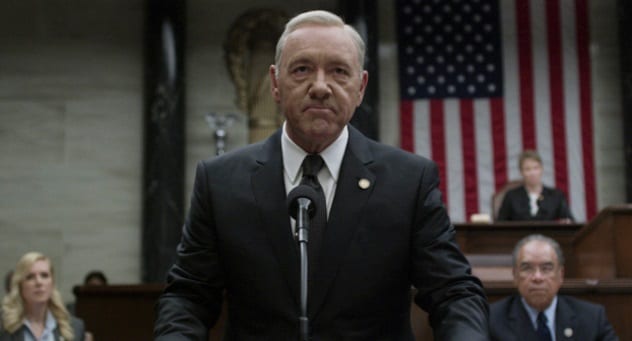 Russian trolls need to know about US issues to tweet about them. So how did they know so much about US problems, even though most have never set foot in the United States? By watching House of Cards, of course.

We know this thanks to Maskim, a troll who used to work for the Internet Research Agency. He said the IRA made them watch the series so that they would understand how US politics worked and the problems facing Americans. From the series, they realized that four touchy subjects for Americans are guns, gay rights, taxes, and racial relations, things they exploited throughout their campaigns.[5]

5 Somebody Tried To Burn Down One Of Their Buildings 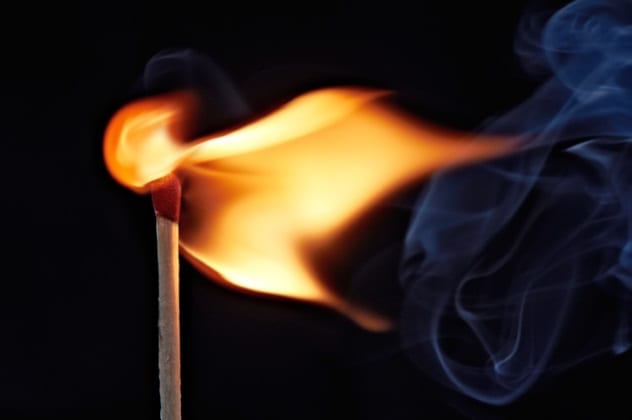 The Internet Research Agency has made itself some enemies. Attempting to rebrand itself as the “Federal News Agency” didn’t change that. On October 9, 2018, an unidentified arsonist broke a window at an IRA building on Beloostrovskaya Street, St. Petersburg, before pouring an incendiary liquid inside and lighting it.

The liquid started a fire, but a guard quickly put it out. The IRA later reported that this was the second time its building was attacked that year, the first attack having been carried out by an unidentified person in March. The motive of the arsonist remains unclear.[6]

4 US Cyber Command Is Sending Them Messages 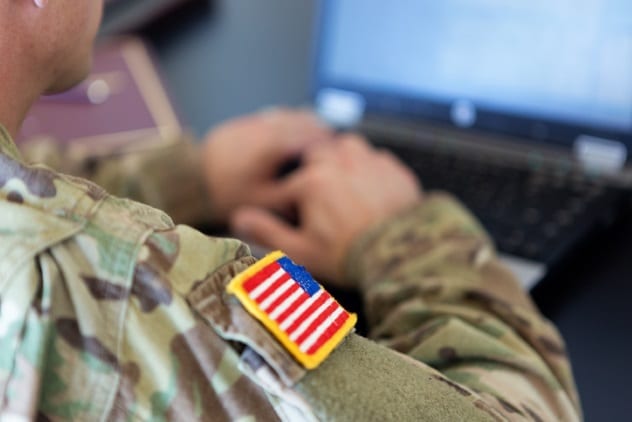 The US Cyber Command is fighting the Russian trolls, but there are no weapons involved, just mild threats. Cyber Command has launched an operation to identify people working for the troll organizations.

Identified trolls are sent messages informing them that US Cyber Command knows who they are and what they are doing. We do not know how these messages are delivered because Cyber Command isn’t talking. But we know that receiving a message from US Cyber Command is enough to make even the hardiest trolls consider taking their “skills” elsewhere.

The operation is unlikely to stop the trolling as a whole, however, because Cyber Command is running it on a small scale. This is because they don’t want the Russian government to attack US infrastructure and information systems in retaliation.[7]

3 They Trolled More After They Were Exposed

The Russian trolls were exposed after the 2016 presidential elections. And they fought back by trolling even further.

After American news outlets began to report that Russian trolls had been involved in an secret operation to influence US elections, the trolls passed the news off as a conspiracy theory and pushed the idea that an investigation was unnecessary. They claimed both former FBI director James Comey and Special Counsel Robert Mueller were corrupt. Then they started trolling news outlets like CNN and The New York Times.

At the same time, Mark Zuckerberg unwittingly supported the trolls by calling the idea that they influenced the elections “crazy.” The troll meme department got into action and created several memes containing pictures of Zuckerberg with captions denying their existence. Zuckerberg later apologized for his comment.[8] 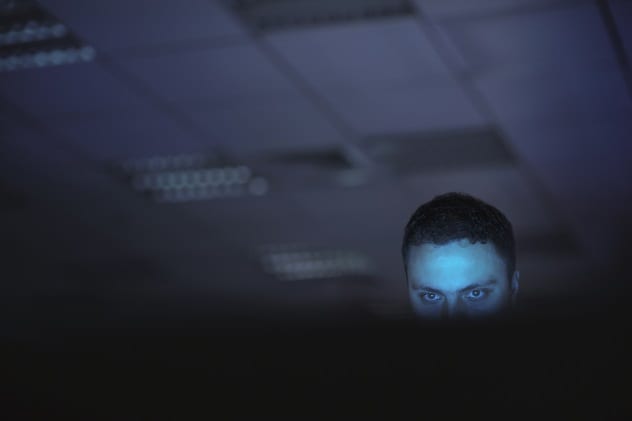 The Russian trolls first appeared as a formidable force in 2014, when the Internet Research Agency first tested its tactics. Two workers flew to the US, where they visited nine states to gain a better understanding of the political situation in the country.

At the same time, more workers posed as US citizens online and pretended to be online volunteers for different US political parties. One of these trolls even contacted a real volunteer, who told him to concentrate on purple states. (Purple states are states where the Democratic and Republican parties have similar numbers of supporters. The votes could sway to either side during elections.)

The trolls organized rallies in the purple states as the 2016 elections approached. Online, they already knew what worked and what didn’t. They spent over $1 million to advertise their pages on social media. They paid for the ads with Paypal accounts that they opened with stolen identities.

The trolls pretended to be Americans at the time they created their posts and paid for the ads. They tricked social media servers by routing their activities through virtual private networks (VPNs) based in the US. To keep up with this part, they only tweeted during daytime in the US. While Americans slept, the trolls spent their time brushing up on their tactics and English.

The trolls also knew all US public holidays and had prepared tweets they would send on those days. They were so good at what they did that some US businesses began to notice. The businesses—thinking they were dealing with US citizens—paid the trolls to help them create sponsored posts.[9]

1 Iranian Trolls Are Copying Them 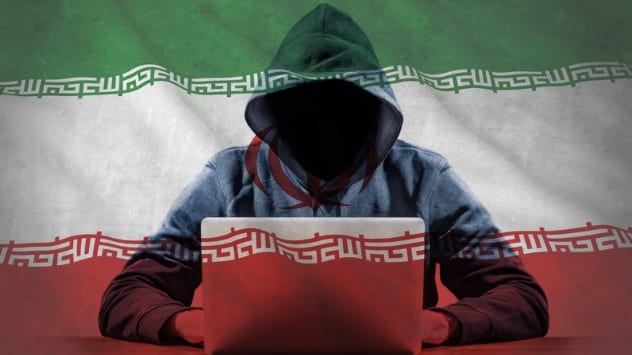 While we concentrate on the Russian trolls, another country is slowly creating its own troll network. That country is Iran, and it is using the same strategies employed by the Russians.

We have always known that Iran was also involved in the trolling business. But nobody cared because the targets were other Iranians. In October 2018, Facebook realized that was changing after they shut down 82 troll accounts linked to Iran. The trolls created divisive political posts while pretending to be British and American journalists, media, and left-wingers.

Read about some less conspiratorial instances of trolling on 10 Notorious Internet Trolls Who Were Exposed and 10 Delicious Ways People Trolled The News Media.