Insane asylums were big business back in the early 1900s, and nearly anyone could be declared “insane” and sent to an asylum. In a newspaper report from 1903, an asylum physician admits:

A person to be tried in Kentucky for lunacy is often hauled before a jury of as ignorant, illiterate, indiscriminating men as you could find in a month’s journey. The officers go out and just pick up anybody. Who would want his sanity passed on by the rakings and scrapings of creation?

Brutal words but apparently truthful. Getting placed in an asylum 100 years ago was as easy as dressing in the “wrong” clothes or speeding in your car. 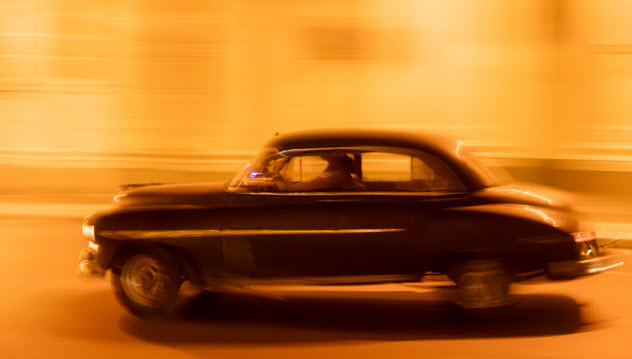 Are you nuts for speeding? Back in 1922, you might have had your head checked if caught speeding in Detroit, although some judges would have just thrown you in jail. A headline in one newspaper read: “Sanity Test for Detroit Auto Speeders.”

If any speeder failed the examination given by the court psychiatrist, he or she would be sent to an asylum for “treatment.” Just what exactly that treatment was is left to the imagination. These same speeders would also lose their driver’s license and would not be allowed to apply for a new one.

I believe this new method will stop thousands of accidents each year. [The] Police Commissioner . . . has told me that under my plan of sending speeders to jail, and notwithstanding the fact that there are many thousands more automobiles on the streets this year than last year, there were 3,301 less accidents and that reckless driving has been cut down to 50 percent from 80 percent. If this is the result under my jail sentence plan, what will it be under the mental test plan? 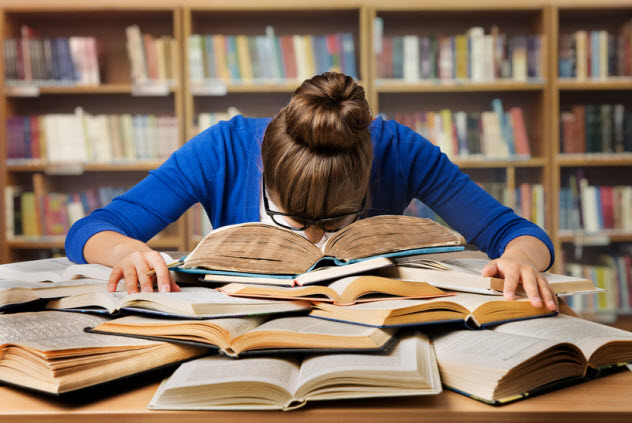 Can you study your way into an insane asylum? While you might have felt like you were going nuts when studying for final exams, I bet you never knew that some minds can break under the strain. This was especially true of female minds back in 1915.

The Day Book, a newspaper out of Chicago, reported that two sisters had been sent to an asylum under orders from a county judge. Apparently, the poor dears were hard at work studying the doctrines of Christian Science and their “minds broke down.”

Christian Science was founded in 1879. It was started by Mary Baker Eddy when she and 15 followers founded the Church of Christ. It is a religion that is still practiced today and is widely known for its controversial faith healing. Christian Scientists favor prayer and homeopathy over modern medicine and are often the subject of news reports when a child is being denied necessary medical care.

8 Reading In The Morning 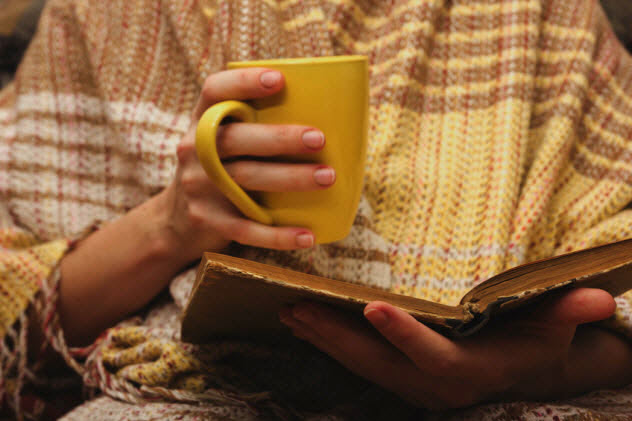 Come on, ladies. Not only should you avoid studying because it will drive you insane but getting caught reading a book is also proof that there is something wrong with you.

The following snippet sounds like something from out of a dictatorship where everyone’s moves must be controlled. Sadly, this report came out of Chicago in 1915: “Alice Ostwald . . . found on corner at 5:00 AM reading novel. Sent to insane asylum.”

This could have easily been any avid book reader. When a book is just that good, there will be no sleeping until the last page is read. Why was she at a street corner, though? Probably for the light. Street lamps were probably the only light some people had at night, especially if they were poor.

It could have been that she was catching up on some reading before going to work in one of the many factories in Chicago during those times. Regardless of the reason, it seems rather extreme to send someone away simply for reading a book in the morning.

7 Having A Drunken Father 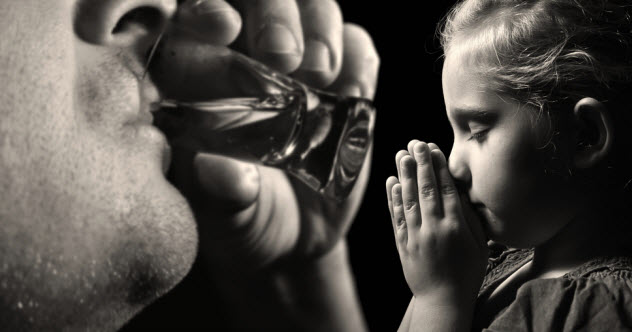 In 1913, The Day Book published an unsettling report titled: “Shall We Build More Asylums Or Stop Breeding Epileptic, Idiotic, And Insane Children?” In the article, the reporter investigated the root cause of the increase of “insane” children and the need to build more institutions.

He found that poverty and a drunken father was the cause of “idiotic” children. He presented the common case of a poor wife and mother who is brought into the juvenile court with her six children. She has no money for food or rent, and her husband is a drunk. She wants to leave her husband but can’t because she needs the few dollars he sometimes provides his family each month.

The judge is then faced with a tough decision. According to the article:

Two roads lie open before the judge, who hates to take either of them. He can order the mother to kiss her children goodbye forever and put them into an asylum. Or he can reprimand the drunken father, order him to support his family, and send the wife and mother back to live with him.

In other words, while there was no actual proof that any of these children were “insane,” they could still be sent to an asylum for circumstances beyond their control. 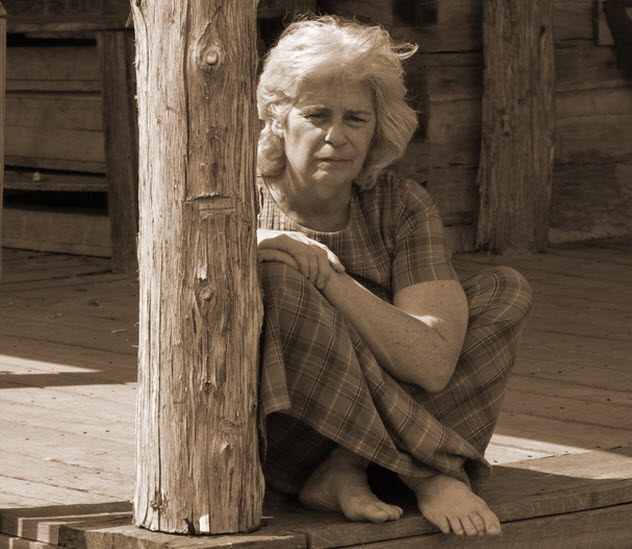 Old newspapers are filled with accounts of poor people being sent to insane asylums. This often happened to women who had to rely on a husband’s income if they wanted to survive.

In 1913, there was an account of a woman who had worked as a stenographer. At 45 years old, she came to a “critical period in her life, she was unable to work.” She took the time off that she needed but eventually ran out of money.

She turned to a group called United Charities for help, and they immediately had her judged insane and sent to an asylum. She was held there as a prisoner for five years. At age 50, she was released and went on to sue the “county for false imprisonment.”

In another tragic story from 1921, an African-American woman was found wandering the streets in her bare feet, carrying her five-month-old baby in her arms. Both the mother and the infant were placed in an insane asylum simply because the woman’s sister had also been placed in one before this incident.

One can only assume that the woman was without funds or the help she needed to raise a small child. Instead of getting her real help, she was sent away, out of sight and mind. 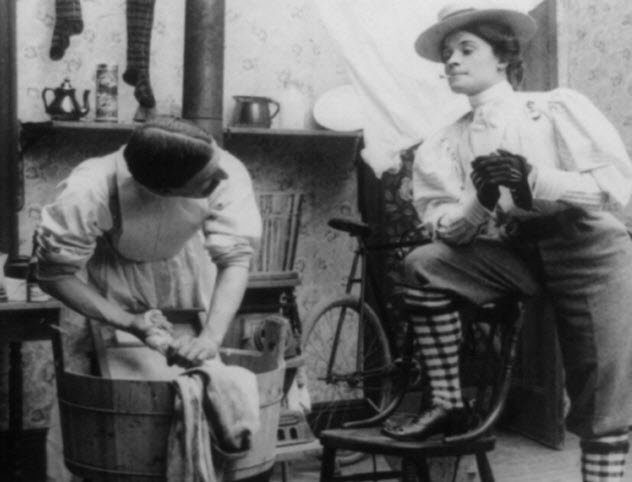 Proof of this exists in the little tidbit news lines found in newspapers 100 years ago. One morsel found in a 1916 paper read, “Mrs. Emma Miller . . . sent to insane asylum. Put on pants and worked as man.”

While there is no proof that she was transgendered, it is interesting that people at the time were offended by a woman who would dare dress like a man, let alone work like one. Sadly enough, in those times, women could not earn enough money to survive on their own as women. They had to marry to survive.

The woman in the above snippet was obviously married, but she may have been widowed or may have simply needed to contribute more income to the family to survive. None of these details were given in the article. All the people cared about was that she dressed and worked like a man. How crazy is that? 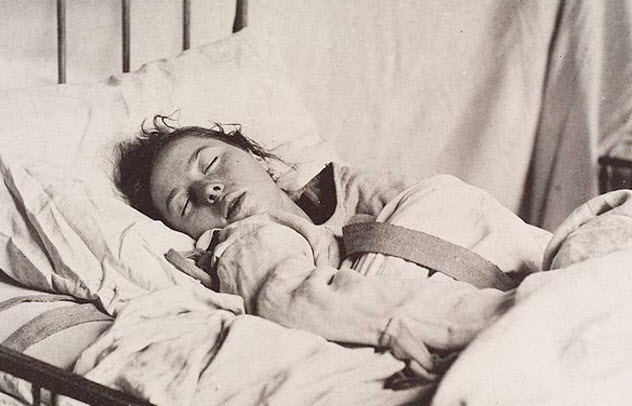 Epilepsy used to be (and sometimes still is) blamed on demonic possession. But over 100 years ago, people who exhibited signs of epilepsy were often sent away to the insane asylum if a family member didn’t feel like taking the person into their full-time care.

In 1895, Mrs. Mary Brown was judged as having an unsound mind and was sent to an asylum. The reason given was that “she is subject to epilepsy and was seriously burned last spring by falling in the fire during an attack.”

Assuming that she was not a widow, one has to wonder if it was the husband who pushed for the insanity judgment so that he wouldn’t have to take care of his wife, which often happened in those times. Since epilepsy cannot be cured, many victims of the disease were probably left in asylums and forgotten over time.

3 Having Sex With A Jerk 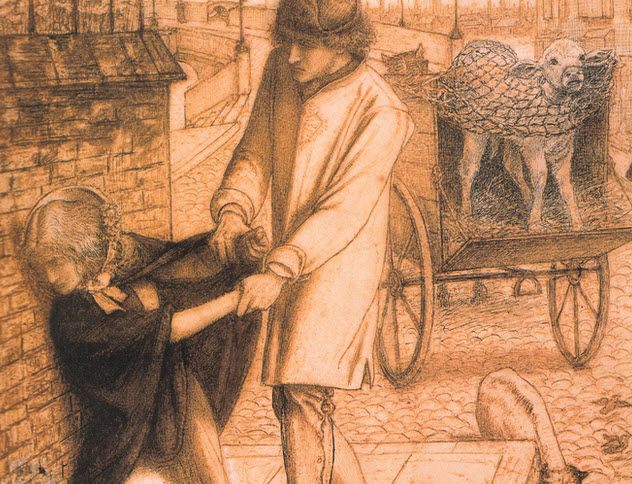 In 1896, a report came out about a young woman who had a thing for old men. She had apparently gotten in trouble for her desire for older men in the past, but that didn’t stop her. She eventually met a “well-known old man” and claimed that they had sex. She wanted him to make the situation right and marry her.

The man refused and “charged her with insanity.” The young woman was examined, and “the commissioners concluded that she was crazy and ordered her sent to the asylum.” Some time later, it was discovered that she was pregnant.

The asylum could no longer keep the young woman because the asylum was not a safe place for a pregnant woman, not to mention that “someone” obviously had had sex with her as she had claimed. The young woman was returned to the county, and no further details were given about what happened to her.

2 Not Being Able To Work Long Hours 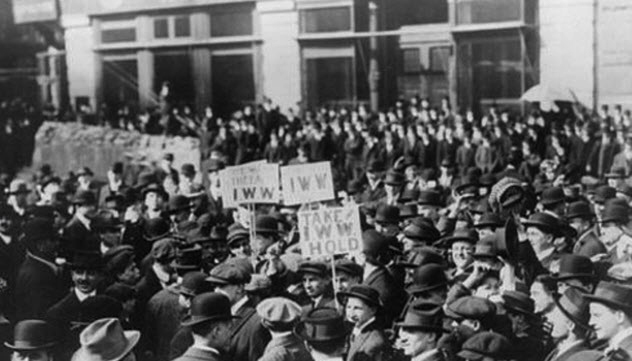 In 1915, workers were trying to get the eight-hour workday passed so that they weren’t forced to work 10 or more hours a day, six days a week. Employers were against the eight-hour day because it would mean that they would have to hire more people to work around the clock. This would translate into less money in the owners’ pockets.

One lawyer for the Associated Employer’s Association felt that “workers who could not work the number of hours required by the employers should be examined by a physician and, if not able to do the work, should be sent to the state asylum to be taken care of.”

With people being sent to insane asylums for the lamest reasons, this threat to check people’s mental states was probably enough to scare quite a few workers into silence. 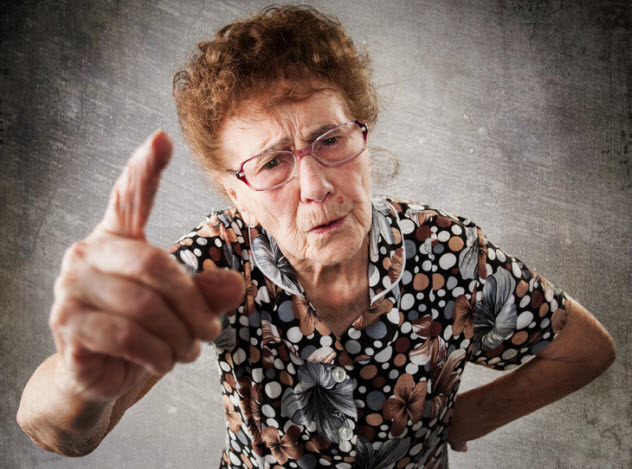 In the early 1900s, you had to be careful whom you annoyed. Take, for instance, Mrs. Helen Pike. She was sent to an insane asylum for annoying a streetcar magnate in 1917. No reason was given as to why she was annoying the man or how he found her annoying. She was simply taken before the courts and sent to an asylum.

Of course, that is not as bad as annoying the president of the United States. In 1916, Richard Cullen was sent to an asylum, possibly for life, because the youth “made persistent efforts yesterday to reach President Wilson while [the] chief executive was on [an] automobile tour of [the] city.”

The young man was declared insane and became an “inmate of [the] Marshalsea, Allegheny County institution for [the] insane.” Nowhere did the article state that he was somehow threatening the president. He was simply trying to get his attention.