The composer Edward Elgar enjoyed creating a sense of mystery: One of his most famous compositions is a series known as the Enigma Variations, of which he stated, “The enigma I will not explain—its ‘dark saying’ must be left unguessed.” While not every great composer has played with ambiguity as deliberately as Elgar did, many mysteries can still be found in their actions in the world of baroque and classical music, either in the works they wrote or within the events of their own lives. This list takes a chronological look at certain mysteries surrounding some of the greatest composers of music over the past few centuries. 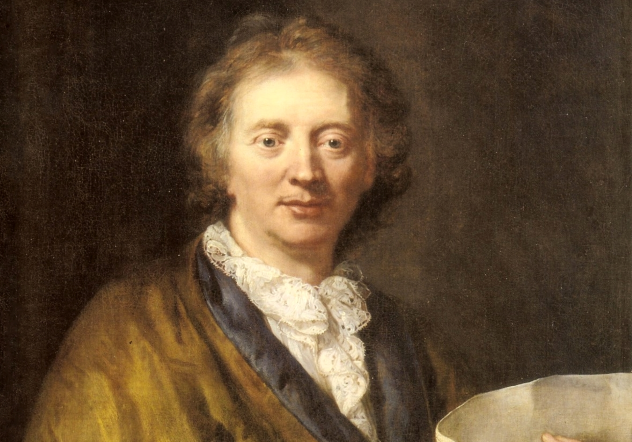 Appropriately for a list of mysteries from the history of music, we begin with a work bearing a title that explicitly declares to be about something mysterious, the subject of which has never been conclusively identified to this day. Francois Couperin’s 1717 harpsichord piece Les Barricades Mysterieuses has provoked ongoing speculation about what exactly the “mysterious barricades” of the title refer to.

Some have suggested that it alludes to material items like women’s clothing, masks worn at a royal performance of Couperin’s work, or even to freemasonry. However, others have argued that the barricades in question do not refer to any kind of material object but are instead meant to represent emotional states. Ultimately, the absence of any notes by Couperin on his intentions means that the question is destined to remain a subject for debate. 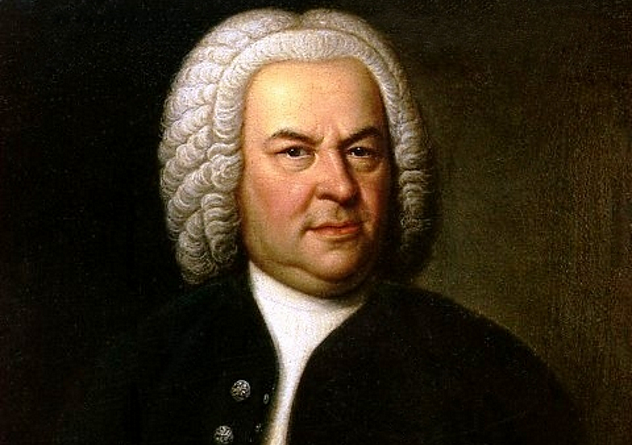 One of Johann Sebastian Bach’s most revered works is the series commonly known as the Goldberg Variations, but mystery surrounds their origin and why they came to be known by that title. Were they really written to help the insomnia of Count Kaiserling, as was long rumored, or was there a different reason?

For many years, the association of the name “Goldberg” with the title of the work was said to be due to the fact that Kaiserling’s personal harpsichordist, who would have been expected to perform them, was named Johann Gottlieb Goldberg. However, some experts have denied the legend of Kaiserling and Goldberg as the inspiration for the work, citing the fact that Goldberg was only 13 at the time when Bach was writing the variations. One of Bach’s most famous titles therefore seems likely to also remain one of his most mysterious. 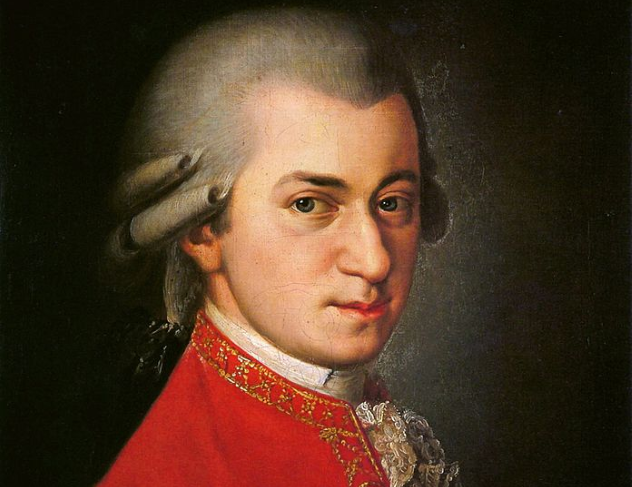 Wolfgang Amadeus Mozart remained engaged in the process of composing music until the very last hours of his life on December 5, 1791. The work in question was his Requiem, which he would not be able to complete. The Lacrimosa was the final section he worked on, leaving the remaining plans for the work still to be realized. This has led to speculation on how much of this final piece was actually written by Mozart.

His widow, Constanze, looked for a composer who could help to finish the writing of the work based on the notes Mozart had made, and his friend Franz Xaver Sussmayer eventually took charge of the task, but the fact that Sussmayer handwrote his own notes over Mozart’s original outline has created a mystery about how much of the remaining work is based on Mozart’s own ideas and how much is from Sussmayer’s inventions. 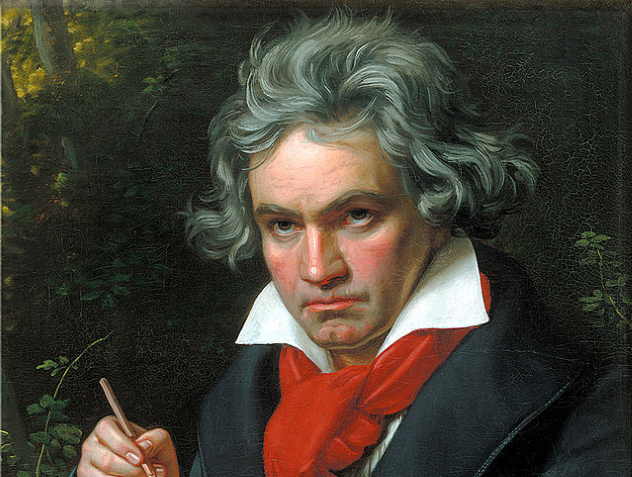 “My angel, my all.” So begins a love letter by Ludwig van Beethoven, which has become one of the most enduring mysteries in the composer’s life. Beethoven wrote this letter to a woman with whom he was having a relationship, addressing her as his “Immortal Beloved,” but did not identify her in the letter by name, leading to many years of speculation over the identity of the person in question.

Debate on the identity of this woman even led to the making of a 1993 film starring Gary Oldman as the composer, in which a friend of Beethoven’s sets out to discover the answer. The film ultimately suggested Beethoven’s sister-in-law Johanna as his “beloved,” but most disagree due to the well-documented mutual dislike between them. Many other names have also been suggested, but the mystery has ultimately remained unresolved. 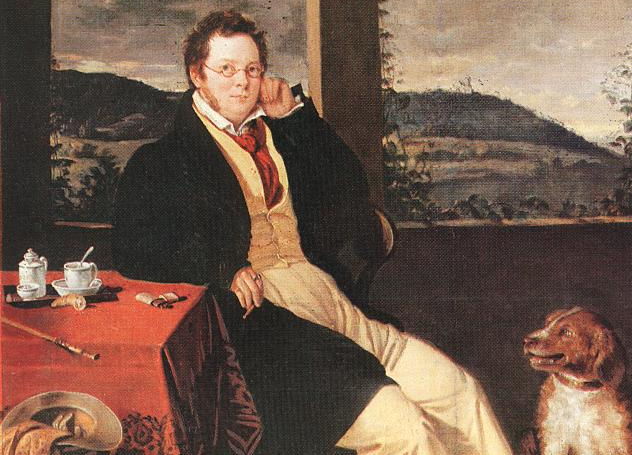 Franz Schubert was only 31 at the time of his death in 1828, but he’d managed to compose a substantial body of work. One work which was never finished, however, has become a great subject for debate in the years since it was first made public. Schubert’s eighth symphony is one of classical music’s most famous incomplete works, and the debate continues as to why he was unable to finish it.

There has been speculation that this was due to poor health, although he did write and finish other works begun at a later date. The unfinished symphony was also not performed until many years after the composer’s death, and questions have been raised as to why it took so long for the work to be brought to public attention. Schubert’s eighth symphony therefore seems destined to continue to provoke debate. 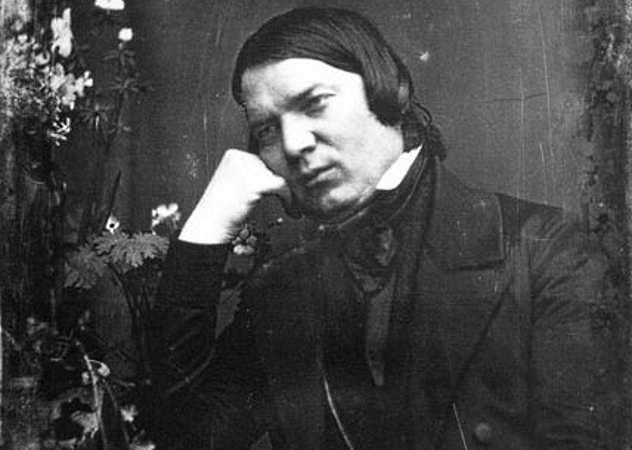 It has been argued that Robert Schumann had a love for the mysterious that was reflected in his interest in cryptography, to the extent that many instances of musical ciphers can be found within his body of work. In the mid-1960s, writer Eric Sams published two extensive articles arguing that Schumann’s work displays many signs of such codes and cryptograms, and others have noted examples elsewhere in his compositions, including allusions in his work Carnaval to the town of Asch, where his then-fiancee was in residence at the time of the work’s composition.

However, as Schumann did not leave notes discussing either the existence or the meanings of any of these alleged ciphers, the question of whether or not he intentionally used these mysterious codes is one to which we are unlikely to ever have a definitive answer. 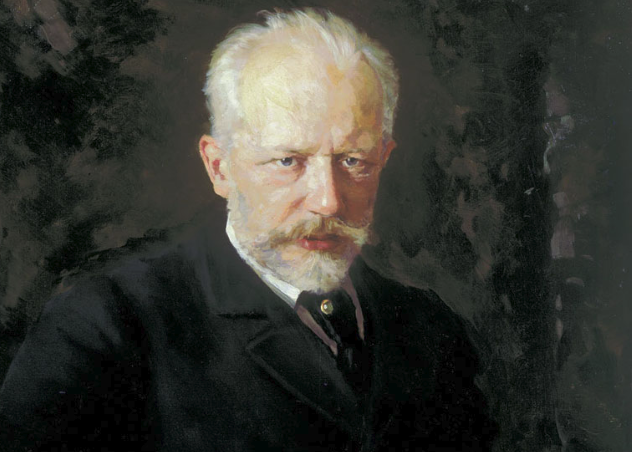 Pyotr Ilyich Tchaikovsky’s death in 1893 was attributed to kidney failure, but the exact cause of this failure has long been a subject for debate. Some have argued that it was a consequence of cholera contracted from drinking a glass of infected water. Others have speculated that it was suicide or reckless behavior stimulated by a suicidal frame of mind, due to rumors that the tsar was threatening to publicly expose one of Tchaikovsky’s affairs. There are even those who argued that Tchaikovsky may have been murdered as a consequence of this.

However, it has also been pointed out that the rumors of suicide or murder only began to materialize a few weeks after Tchaikovsky’s death, not in the immediate aftermath, and could therefore just be the result of gossip rather than substantial evidence. Nevertheless, it remains a source of speculation. 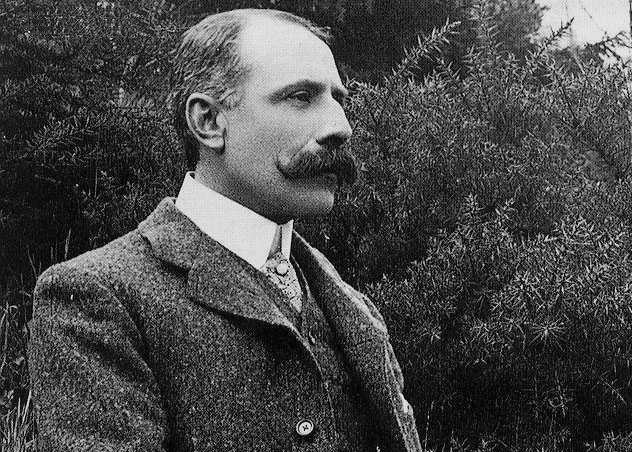 Edward Elgar’s love of the mysterious wasn’t limited to the Enigma Variations themselves. Each variation of the Enigma work was dedicated to one of his friends, and the 10th variation, Dorabella, is connected to another of the mysteries in Elgar’s life. Dorabella was Elgar’s name for his friend Dora Penny, and in 1897, it was to Dora that Elgar sent a message written in code, which has subsequently become known as the Dorabella Cipher.

The message consists of 87 markings written over three lines in an undecipherable form. Dora was unable to decode it, and Elgar himself left no definitive solution, either to a method of unraveling the code or to the significance of the content of the message. Many have subsequently attempted to dispel its mystery, but the Dorabella Cipher remains unsolved to this day. 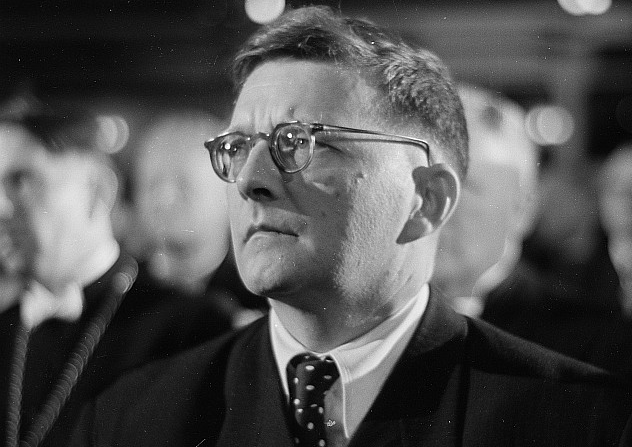 Many mysteries surround Dmitri Shostakovich’s time working in the Soviet Union, concerning both his own actions and also the authorities’ attitudes toward him. One of the cases that illustrates this confusion can be found in his controversial opera, Lady Macbeth of Mtsensk. It remains a mystery whether or not Shostakovich was trying to be deliberately provocative, but the opera quickly ran afoul of Stalin himself, after the dictator personally attended a performance in 1936, and the work subsequently disappeared from public performance for many years.

Why did the authorities take such great exception to Lady Macbeth of Mtsensk and seek to remove it? This also remains somewhat mysterious, although it has been suggested that Stalin saw the central character of Boris as an unflattering portrait of himself. Whatever the reasons, the opera would not be staged again until many years after Stalin’s demise. 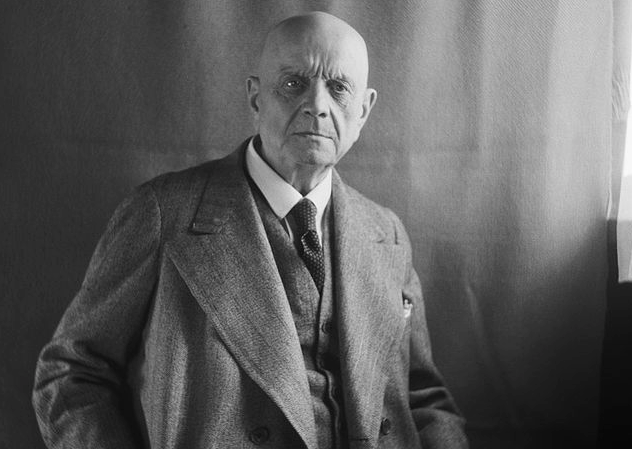 Jean Sibelius composed numerous works during his career, which have received substantial attention, but there has also been a significant amount of critical discussion surrounding one work which never made it into the public domain—his eighth symphony, which he seems to have destroyed. His wife stated that at some point during the 1940s, Sibelius burned several manuscripts at their home, and it has been assumed that the eighth symphony was among those consigned to the flames.

His reasons for doing so remain unclear. Was the work unusually personal in content and something he didn’t ultimately feel comfortable sharing with the world? Or was it exceptionally radical in form, and Sibelius didn’t feel ready to expose his experiments to the public? The destruction of the symphony means we will never know the answer for sure.