Terrorism is one the main threats to the Western way of life. Several violent terrorist groups—from ISIS to Al-Qaeda—are vying for control of the Middle East. Although the US has tried to bring peace to the region for decades, many of its measures have only worsened the problem. 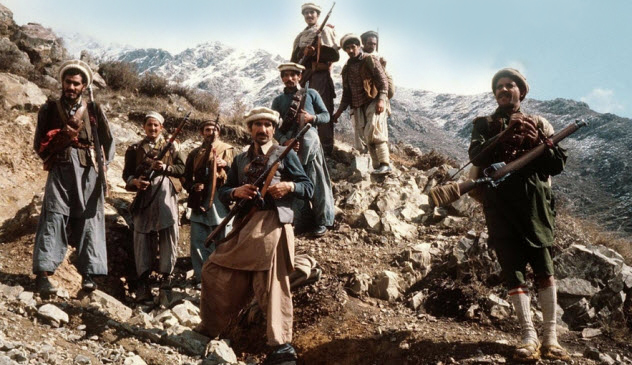 After perpetrating the 9/11 attacks, Al-Qaeda became the target of antiterrorist measures and their leader, Osama bin Laden, became one of the most wanted men in the world. However, the history of bin Laden and Al-Qaeda goes back to a violent power struggle in Afghanistan several decades ago.

In 1979, Soviet Premier Leonid Brezhnev invaded Afghanistan, sending the country into turmoil. Throughout the 1980s, the Soviets maintained a presence in Afghanistan and the CIA was permitted to do anything to overthrow the Soviet puppet government. From 1985 to 1992, the CIA operated camps to train 12,500 Afghan rebels in sabotage and guerrilla warfare.

The camps were eventually taken over by Islamic extremists (including Osama bin Laden). As one military official said, “We created a whole cadre of trained and motivated people who turned against us. It’s a classic Frankenstein’s monster situation.” 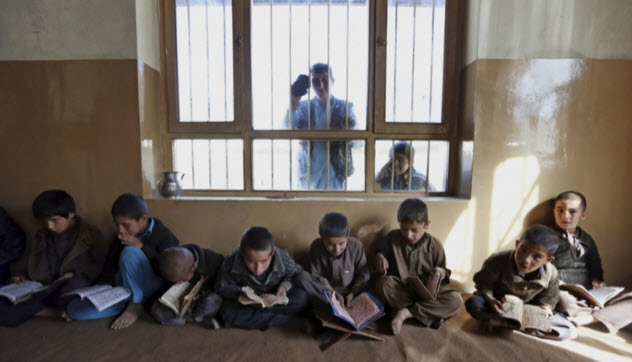 To spur young Afghans to overthrow their Soviet aggressors, the US printed a new curriculum for Afghan children centered on a radical interpretation of Islam. The textbooks featured extreme Islamic teachings and violent imagery, such as pictures of guns, bombs, and other weapons that played to anti-Soviet themes. Children were taught to count by using grenades and land mines.

These books soon became the core of the Afghan curriculum during the post-Soviet years. In 1994, the US stopped funding for these textbooks but they still circulated in the country. The books were apparently extreme enough that the Taliban used them when they took control in 1996.

Soon, efforts were launched to remove violence and extremism from textbooks. But it wasn’t enough to remove an entire generation of terror indoctrination as continued violence has shown. 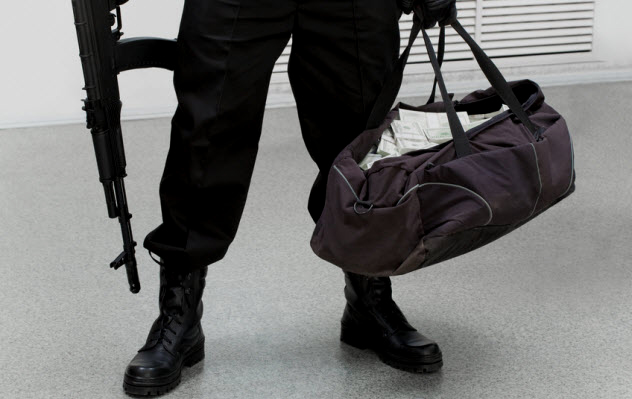 A year before Osama bin Laden was killed, Al-Qaeda desperately needed cash. They began kidnapping high-ranking officials and demanding ransoms—often in the millions—which was far more than most Middle Eastern governments could afford.

Every month, the CIA brought large cash amounts—from the hundreds of thousands to the millions—to the presidential palace in Kabul. Then-President Hamid Karzai called the deliveries a “source of petty cash,” and it became something of a political slush fund.

The cash was supposed to be used to gain favor with warlords and other factions, but it was delivered to Al-Qaeda instead. Although the CIA bankrolls were funding the enemy, these cash deliveries continued until Karzai stepped down in 2014. 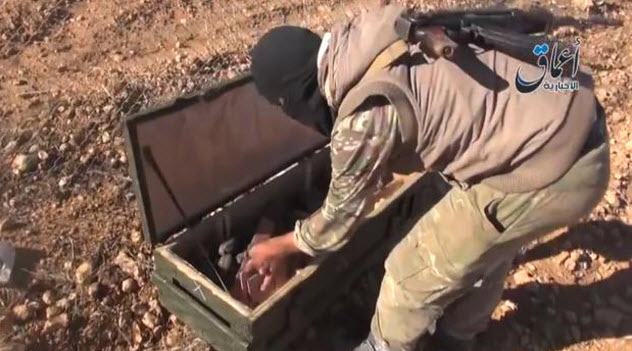 In 2014, Kobani (populated mainly by Kurds) was just one of many towns besieged by ISIS. The US would air-drop ammunition and weapons to the embattled forces, but some of these deliveries fell into the hands of ISIS.

In addition, dysfunctional and poorly trained Iraqi soldiers who tried to defend towns would often surrender, leaving their weapons caches for the taking. In the Anbar Province, for instance, ISIS stole seven tanks from military bases manned by the resistance army.

When Iraq’s second largest city, Mosul, fell in 2014, ISIS captured an almost unlimited treasure trove of supplies left behind, including 2,300 armored Humvees that had been purchased recently from the US. Two-thirds of the Humvees were eventually turned into suicide car bombs. 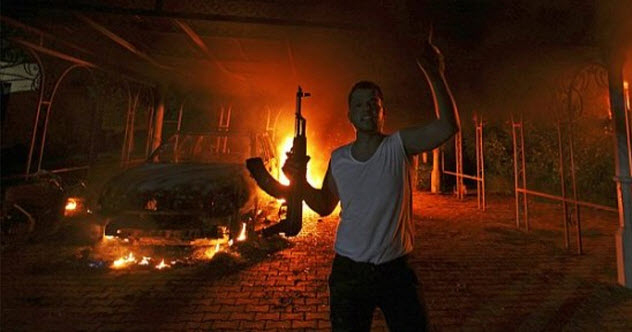 In 2011, Muammar Gadhafi, the longtime dictator of Libya, was killed and his decades-long reign of terror ended. Gadhafi was a vicious, cruel man, but he was also effective at rooting out terrorists. Many declassified reports now show that Gadhafi was one of the few Middle Eastern leaders successful at preventing the rise of terrorist groups like Al-Qaeda.

After Gadhafi’s fall, Libya entered into chaos. Various radical factions emerged throughout the country, making it a fertile ground for terrorists. On the 2012 anniversary of the 9/11 attacks, a massive assault by radicals at the US embassy in Benghazi resulted in the deaths of four Americans. This started the rise of ISIS in Libya.

According to Michael Morell, the former deputy head of the CIA, the intelligence community never had a plan to maintain stability, which ultimately strengthened ISIS. Seeing the results of the Libya Initiative, US President Barack Obama admitted in 2016 that it was the “worst mistake” of his presidency. 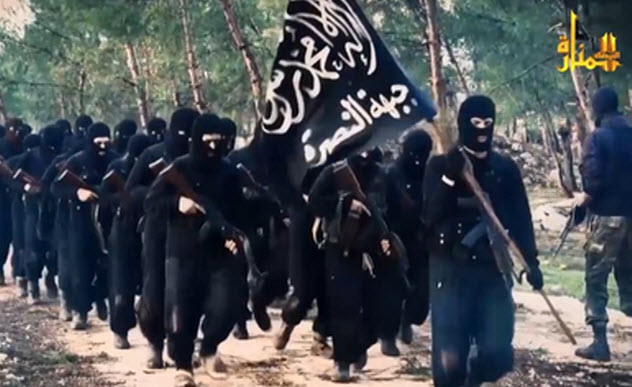 The war in Syria has mostly been a war of proxies with different factions that are often at odds. ISIS groups have been trying to attack Bashar al-Assad, the dictator of Syria, while other moderate rebels are fighting for freedom from both. In 2013, the CIA began to support such moderate rebel groups.

At first, the CIA was stingy with resources, causing the rebels to ration ammo. One rebel group even severed ties with the CIA and began to align itself with more radical factions, including the Al-Qaeda Syrian surrogate, Jabhat al-Nusra.

In 2015, it was confirmed that CIA-backed rebels fought alongside Nusra during a campaign to capture the southern Syrian city of Deraa. Whether the alignment of CIA-backed rebels with radical groups will lead to radicalization or is a “marriage of necessity” is open to debate. But intelligence communities agree that radical groups have been growing stronger in Syria with CIA support. 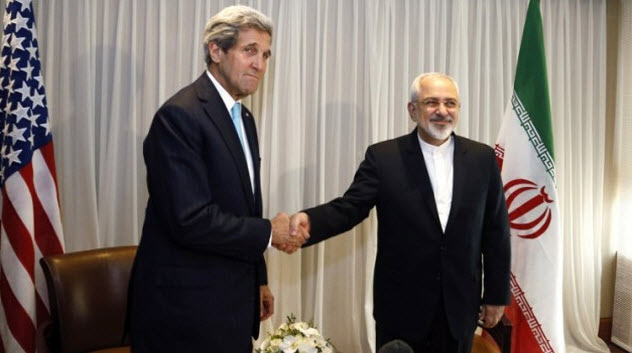 When fears began to grow that Iran was creating nuclear weapons, the Obama administration tried to find a diplomatic solution through a nuclear treaty in 2015. But that also provided potential funding for terrorism.

As part of the US-Iran deal, Iran was supposed to receive $150 billion. Even before the deal was completed, there were fears that Iran might use the money to further terrorism in a region already torn apart by ISIS. Iran has a defense budget of up to $30 billion, much of which is used to fund rebel groups and other terror organizations.

Countries that have long held sanctions against Iran will gradually lift them, and the increased income might be used to finance terrorism on a larger scale. Even US Secretary of State John Kerry has admitted that the Iranians will probably use some of the money for terror. 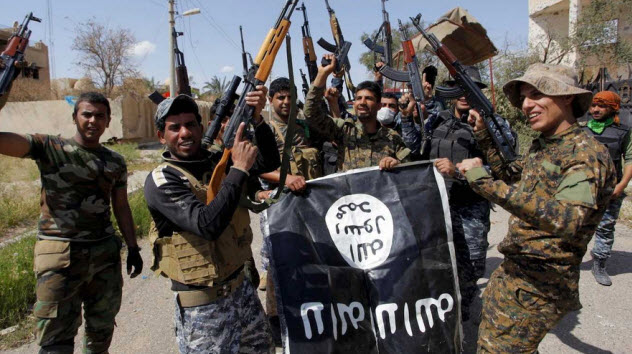 In recent years, the majority of anti-terror resources has been used to fight ISIS, which has allowed other groups to gain strength. After bin Laden’s death in 2011, Al-Qaeda fell by the wayside without a central leader. But the rise of ISIS has caused a resurgence in Al-Qaeda, especially in Syria where it is known as Jabhat al-Nusra.

Nusra has been fighting alongside moderate, CIA-backed forces, blurring the line between enemy and ally. Rather than portray itself as a brutal force like ISIS, Al-Qaeda has been acting as a benevolent force among local populations in countries like Yemen. There, it regained the city of Azzan, a major commercial hub it had lost in 2012.

In Syria and Iraq, Al-Qaeda has tried to label itself as moderate. With the majority of air strikes and attacks going against ISIS, it’s frightening but reasonable to think that Al-Qaeda will exploit this to regain its former influence. 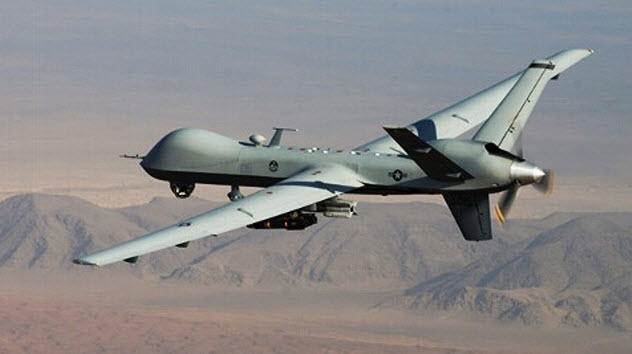 Yemen had long been one of the few countries that tried to cooperate with the Western world, especially the US, in the War on Terror. However, in recent years, Yemen has gone from sympathetic to antagonistic toward the US for one reason: drones.

Drones have become an efficient tool of war, but they also cause ordinary people to turn to terrorist groups. Al-Qaeda has been growing in influence in Yemen by exploiting drone strikes that have killed innocents there.

By some estimates, 90 percent of people killed by drone attacks are unintended victims. Terrorists groups have used this as a recruitment tool by portraying the US as an unfeeling, uncaring bully. Despite this, the Pentagon plans to increase drone flights by 50 percent by 2019. 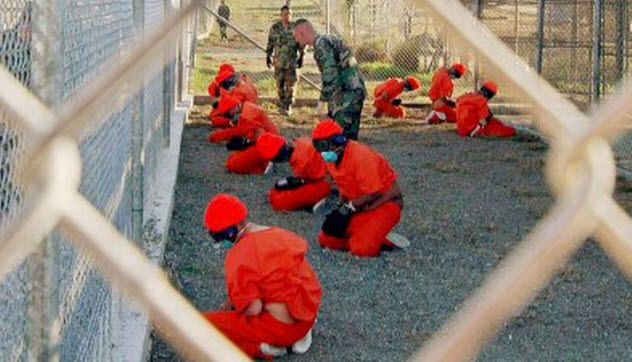 Closing down Guantanamo Bay, the infamous detention center for suspected terrorists, was one of President Obama’s biggest promises. By 2016, he had released 144 detainees. Former President George W. Bush had also released 532 detainees during his presidency. According to Pentagon reports, some former prisoners have returned to their previous occupations of terror.

Many of the detainees have gone on to fight in the battlefields of Syria, such as three Moroccan detainees who went on to lead Harakat Sham al-Islam, one of the most violent forces in Syria. By September 2013, the US had added this group to a special list of global terrorist entities.