Sweat cools down the body. It may even betray a nervous mind. But for scientists, it is so much more. Its chemicals improve athletic performance and reveal the strange influence of male sweat on both genders.

Inventions in this field are peculiar—from perspiring robots to sweat-sensing clothing that offers coolness. As improbable as it sounds, there is also a lethal side. People have died trying to purify themselves with sweating, while others have chosen a life-threatening surgery to get rid of it. 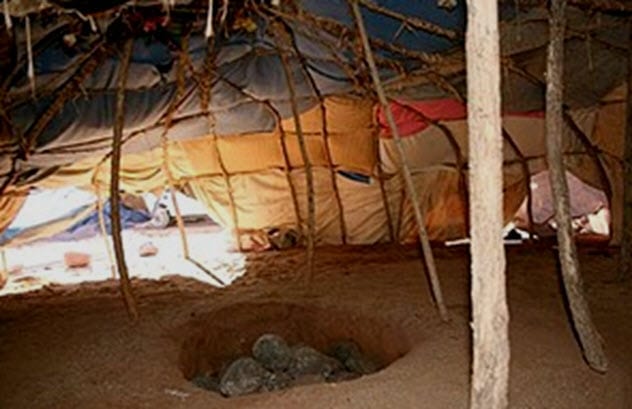 There is a modern need for healthier living. Where there is a need, there will be salesmen reaping the benefits. One trend is to seek purification in a sweat lodge, which is based on the traditions of several cultures including Native Americans.

Most ceremonies are commercialized, packaged to promise a spiritual experience and detoxification through sweating. A deeper spiritual understanding could apply to some, but there is no guarantee for a first-timer.

Sweat also does not expel toxins. In 2009, a group paid $9,000 per person to motivational speaker James Arthur Ray for a lodge ceremony in Arizona. Things went south fast.[1]

An hour into the ceremony, several people tried to leave the hot tent. Although they felt sick, Ray encouraged them to stay, promising great results. Instead, three people died inside the lodge and 18 ended up in the hospital. 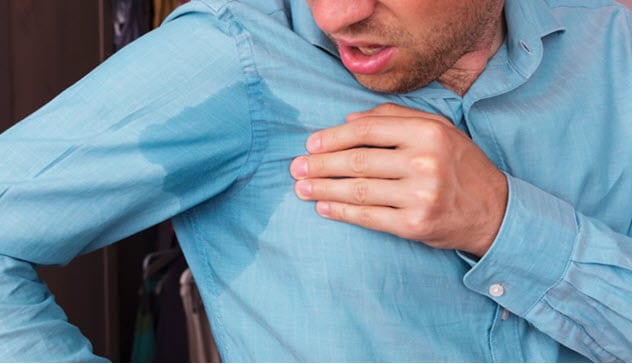 When a 60-year-old from Wisconsin experienced sweating, it was not normal. The man sweated so much that he almost qualified as a fountain. The episodes had a rhythm. They occurred monthly, and over 13 hours, he sweated for minutes at a time.

By 2019, the condition had dragged on for three years. Specialists had also diagnosed him with hyperhidrosis, or excessive sweating, but nobody could find the cause. None of the usual causes for hyperhidrosis applied in this case.

Many shrugged in defeat, but the 60-year-old had moxie. For months, he diligently drew up statistics. When the episodes happened and how long they lasted were duly noted. The information was priceless to one specialist who wanted to be present during an episode.

The data allowed them to predict—with accuracy—when the next bout was due. They were so on the nose that the man started to sweat during an appointment and the doctor noticed something that cracked the case.

The patient’s responses were slower. Tests confirmed the suspicion that seizures were causing the sweating. Anti-seizure medication greatly reduced the patient’s hyperhidrosis.[2] 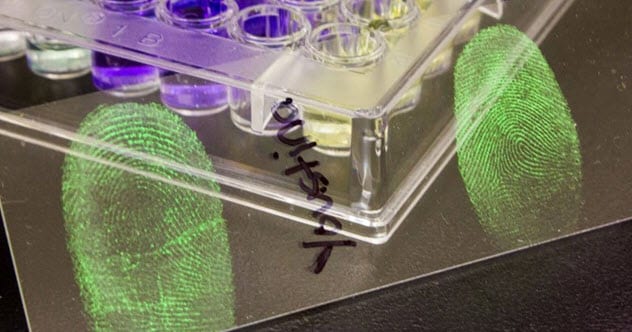 In 2015, scientists stopped looking at fingerprints as images only. They discovered that the lines and whorls also offered biochemical data. The team was mostly interested in the chemical bonanza of sweat deposits.

In this case, the information helped to design a way to differentiate between male and female whorls. As women have twice the level of amino acids in their sweat, a simple test revealed the person’s gender with 99 percent accuracy.[3]

The future of fingerprinting looks good. Not only can other biomarkers be isolated to show a person’s ethnicity and age, but scientists also aim to design simple kits that yield instant results. Additionally, the sweat analysis turned out to be cheap. A cost-effective way to profile who left a crime scene is always welcome in forensics. 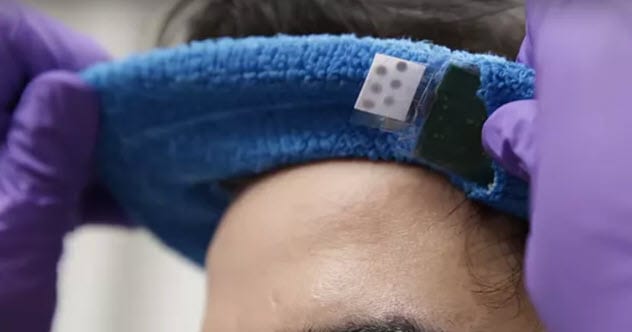 There are already wristbands that count calories and heartbeats. However, in 2016, scientists created the ultimate tracker. It was born of the need to use molecules, not invasive blood tests, to gauge health. Sweat was the perfect vector. It is loaded with chemicals and readily available.

The team created sensitive sensors that could fit on a headband or wristband. The device tracked perspiration molecules in real time, giving updates on lactate, sodium, glucose, potassium levels, and body temperature. The data was then sent wirelessly to a smartphone.

Real-time, noninvasive glucose readings remain a sought-after alternative for those with blood sugar issues. This band might tweak medication to perfection. The sodium, potassium, and heat readings could also act as an early warning system for athletes. Sporty individuals could prevent dehydration, heat shock, and muscle cramps before they happen.[4] 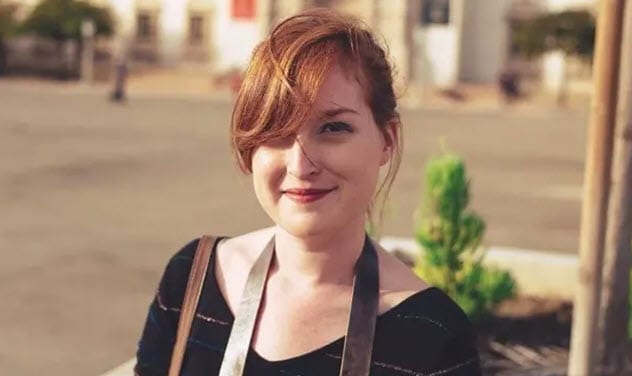 Around 7.8 million Americans have hyperhidrosis, or excessive sweating. In the case of Alissa Brown, the condition made her hands too wet. She was shamed in school, her self-image suffered, and she had to give up her love of sketching.

By the time she was 12, Alissa found one chance at a better future—a potentially deadly procedure called endoscopic thoracic sympathectomy (ETS). During ETS, surgeons collapse both lungs to destroy specific nerves in the chest.

At the time, her father did not like the risks, which included arrhythmia, extreme hypotension, and even death. Alissa made the leap when she was 23. Having been in psychiatric treatment because of the sweating, she decided the risks were worth it.

In 2015, Alissa endured the difficult surgery. The good news is that it worked. Art, hand-holding, driving, and typing are no longer marred by sweat. Unfortunately, she now has compensatory sweating. This side effect brings mild to severe sweating elsewhere on the body. By her own admission, it was preferable than having to deal with constantly wet hands.[5] 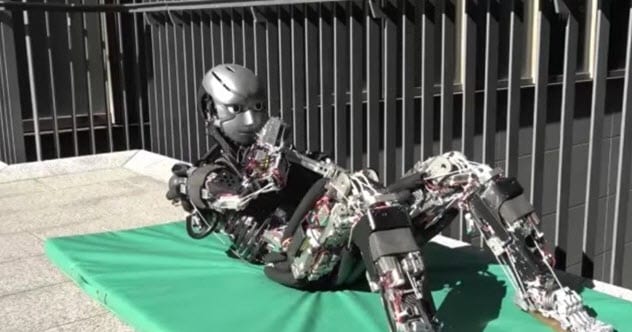 The rate at which robotics and artificial intelligence are evolving can make things seem weird. But for all the strangeness that humans have witnessed recently, few expected a robot that sweats.

It is not clear when Kenshiro was “born,” but by 2017, he was already active at the University of Tokyo. He also had a younger “sibling” called Kengoro. What made the pair so remarkable was their unprecedented ability to move like humans. Even eerier, when Kenshiro hit the gym, he would often sweat.[6]

After a few stretches and sit-ups, the robot’s inner machinery started to heat up. This unwanted effect was countered by water circulating through Kenshiro’s metal skeleton. The robot would then let off steam through several vents. It may not be how humans cool down with sweat, but it pretty much works the same way. Machine style. 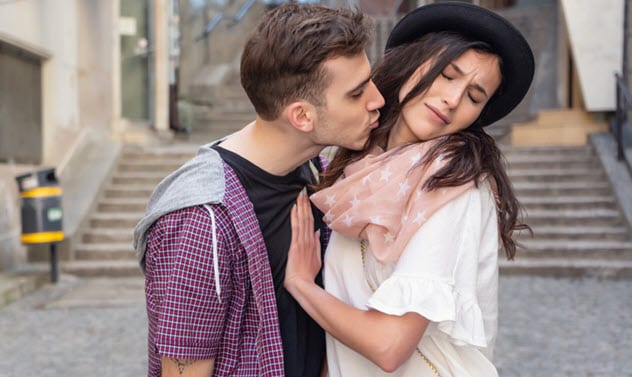 In 2011, Russian scientists stuffed the armpits of 34 men with cotton pads. Only 16 were healthy. Five of the men were cured gonorrhea cases, while 13 had the sexually transmitted disease (STD).

After an hour, the pads were removed. The team then trotted over to the women’s side and asked 18 ladies to sniff. Then the women described the pads by choosing words from a list that included “putrid” and “floral.” They also had to rate the sweaty samples on a 10-point scale for pleasantness.

Researchers are not sure why the female nose has this ability. They concluded that it might be an evolutionary mechanism to weed out risky sexual partners. 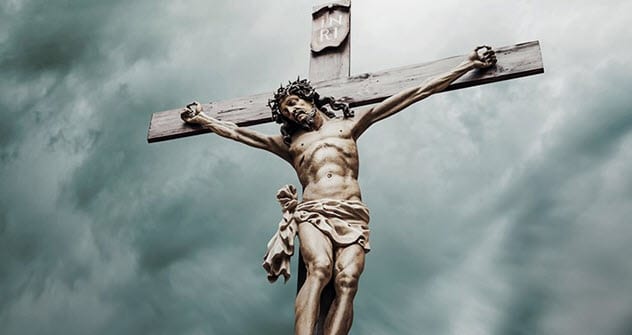 Scientists from Finland decided to dare God. Playing it safe, they had volunteers do the daring. The 2017 study was not about disrespecting God or Christianity. The purpose was to see how believers and nonbelievers reacted to the idea of challenging an all-powerful deity.

Interestingly, the atheists sweated as much as the believers. This was unexpected, but there could be a simple explanation. Many nonbelievers were raised in Christian households and continue to live in Christian societies. They may renounce their belief in God, but their history, society, and family are neon signs proclaiming God’s existence.[8]

Researchers believe that this hammering plants a subconscious seed that is difficult to remove. As a result, daring God to do something terrible causes some atheists to experience knee-jerk anxiety. 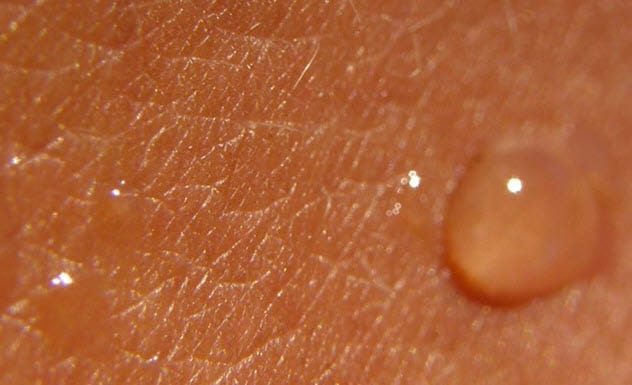 It sounds like a bad movie—men are being controlled by other guys’ sweat. But this seemed to be the case when male volunteers snorted man sweat in 2013. Previous research focused on the sexual repercussions of pheromone sniffing between males and females. This particular group tested men’s reaction to androstadienone, a pheromone in male sweat.

Forty guys were divided into pairs to play a computer game. Taking turns, each player made a financial offer which the other person could accept or reject. After a while, scientists interrupted the game to let participants smell a placebo or androstadienone.

None of the volunteers knew who got the pheromone, but the researchers did. They allowed the game to continue and noticed a curious change in the androstadienone-addled participants.

Their testosterone levels rose, but instead of going ape, they became more generous and cooperative. On average, they offered their game partner half a euro more and accepted offers that did not give them any profit.[9] 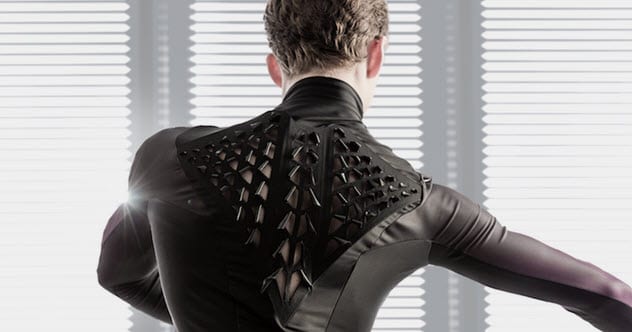 When you buy a shirt made with bioLogic fabric, you have the right to yell, “It is alive!” Frankenstein quotes may be appropriate in this case considering that bioLogic clothing teems with bacteria.

In 2015, MIT and New Balance partnered to create a material that breathed when perspiration was detected. They chose a bacterium, Bacillus subtilis natto, because it was sensitive to humidity. This was important because human sweat can cause changes in humidity. The bacteria were also harmless, and even the FDA liked the choice.

Normally, these goobers live in soil, but the project merged the living creatures with fabric. The bacteria were restricted to a certain pattern. The high humidity of sweat made them contract, causing the edges inside the pattern to open like eyes.[10]

During a demonstration, a dancer with a bioLogic shirt started to sweat. In response, small triangles opened across his back. Not only did the shirt realize that the man was heating up, but its response also had an undeniable futuristic appeal.

Read more fascinating facts about surprising products made from body parts, fluids, and secretions on 10 Products Made From Human Body Parts And Secretions and 10 Crazy Pieces Of Art Made From Bodily Fluids.