The black dogs of English lore are not merely dark-colored canines; they’re large, semi-phantom dogs with fur that’s blacker than the night and eyes that burn like red coals. These spectral hounds are said to appear and disappear in a moment and can be as solid as any true dog or as thin as smoke whenever they wish. Old legends of black dogs often make them out to be of demonic origin, but newer accounts of actual encounters describe a relatively friendly creature with strangely protective instincts. 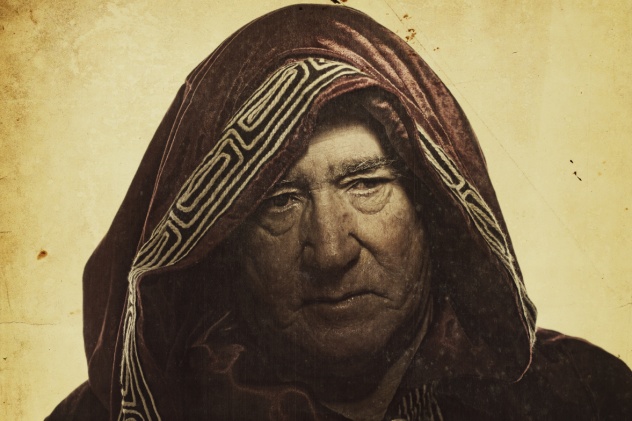 The earliest verifiable legend of a black dog dates to 1552. That year, it is said that Cardinal Crescentius of London was busy writing a letter to the pope when “a huge black dog with great flaming eyes, and long ears dangling down to the ground” appeared in his chamber and crawled under the table he was sitting at. He called for servants to remove the animal, but there was no trace of it anywhere in the room.

9 Attack Of The Black Dog 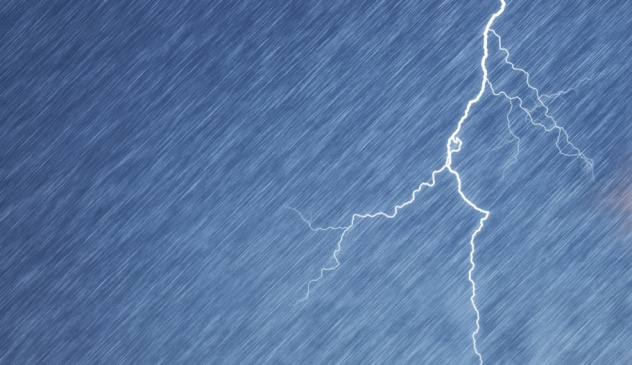 According to a pamphlet written by witnesses, between 9:00 AM and 10:00 AM on Sunday, August 4, 1577, the town of Bungay, Suffolk, was enveloped by a sudden and violent rainstorm. The interior of the town’s church was plunged into darkness by the strange weather, with flashes of lightning illuminating the interior sporadically, terrifying the parishioners attending sermon at the time.

In the middle of all of this, a large, black dog appeared in the church and ran swiftly down the main body of the structure. It passed between two people who were kneeling down to pray, both of whom instantly fell dead with their necks wrung backward. The dog bit another man on the back, which caused him to shrivel and contort around the wound. Despite this strange injury, the man lived. So did the Clerk of the church, who was knocked from where he had been cleaning a gutter by a thunderclap, only to meet the strange dog as it was presumably leaving the church.

That same day, a black dog also dashed through the church of nearby Blythburgh, leaving two men and a boy dead behind it and burning the hand of another parishioner.

8 The Milkman Of Aylesbury 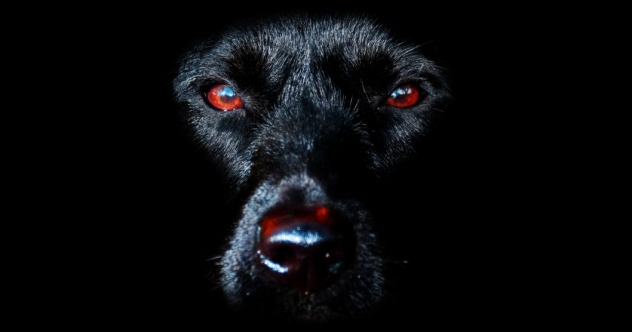 In 1890, a tale was recorded of a milkman from Aylesbury who regularly took a shortcut through a gap in a hedge to reach the fields that his cows grazed in. One day, he discovered his path through the hedge blocked by a large, black dog with fiery eyes. Knowing full well that this was no ordinary dog, he choose to take the longer path to reach his herd.

Day after day and night after night, the milkman found the same black dog sitting in the gap in the hedge, and he always chose to take the longer path around the beast. Over time, the milkman started to lose his initial fear of the phantom canine. Eventually, on a night when he had a companion traveling with him, the milkman decided that it was time to drive the black dog away. Raising the pole that he used to carry his milk buckets, he struck at the animal with all his might, and the dog instantly vanished. Then, the milkman fell to the ground.

He was left speechless and paralyzed for the remainder of his life. 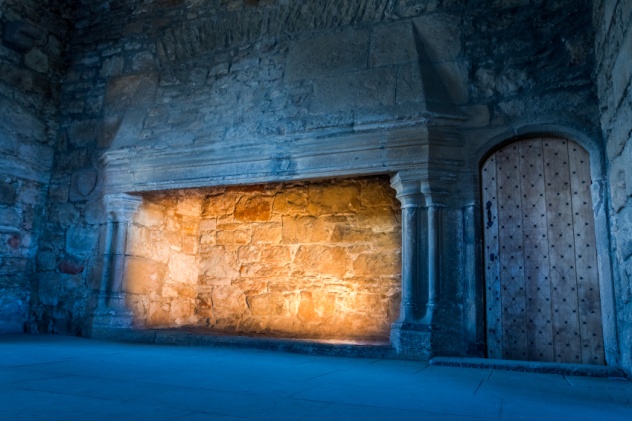 On the Isle of Man, just off the coast of England, rests Peel Castle, traditionally believed to be haunted by the “Mauthe Doog,” its very own black dog. This animal wandered through all the rooms of the castle but was most often to be seen in the guard chamber, where it liked to lie by the fire. This happened while there were still guards posted in the castle, and all of them treated the phantom canine with respect and care, never bothering or molesting the strange beast.

One night, a soldier, in a drunken fit, announced that he would “try whether it were dog or devil.” and, It’s not recorded whether he struck the animal or merely touched it, but he was instantly rendered both sober and speechless and died just three days later, “in agonies more than is common in a natural death.” 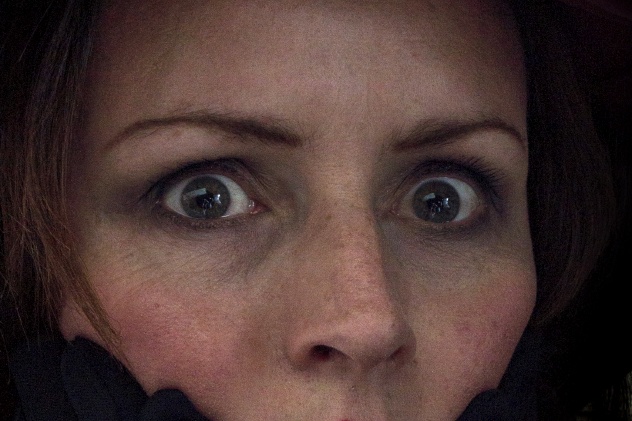 Black dog legends started to be gathered and published by interested authors toward the end of the 1800s. Among the legends, however, were occasional firsthand reports of encounters with black dogs, which were typically assumed to be mistakes, tall tales, or mental aberration on the part of the storytellers. Thus, in his 1890 collection of English folk tales, not only did Edwin Sydney Hartland reproduce some of the legends he had heard of black dogs (the tale of the Aylesbury milkman being one), he also passed on a story he’d been told in 1856 by someone he described as a “respectable, intelligent woman.”

The woman told Hartland that one night, she was walking with her husband toward the town of Lyme in Dorsetshire when they were approached by an animal about the size of a dog. She asked her husband what he thought the animal was, only to discover he couldn’t see it! The strange beast was now just two or three yards away and had grown to the size of a young calf, yet her husband was completely unable to detect the creature at all. She could see that it was a shaggy, black dog with fiery eyes, and as the animal walked passed the couple, she could feel the air grow cold.
Looking after the beast, she watched it gradually grow bigger and bigger as it walked away, finally reaching the height of the trees just before it faded into a cloud and vanished completely.

All these details were faithfully noted by Hartland in his book. He then stated that it was an example of how even an intelligent observer can have hallucinations. 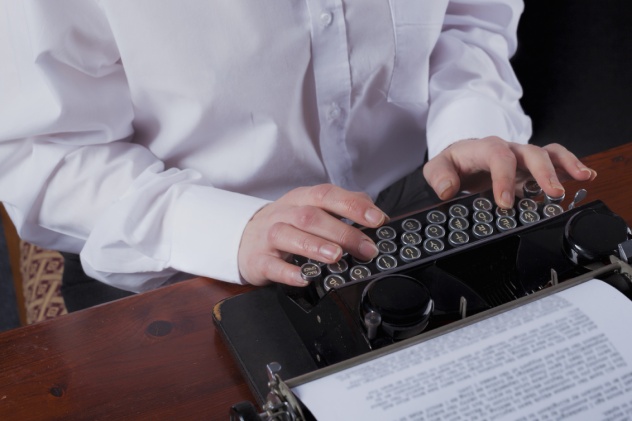 The study of black dogs officially stepped out of legend and into the paranormal in 1938. That’s when Ethel Rudkin, a folklorist inspired by her own encounter with one of the phantom canines, began to gather accounts of black dog encounters from people who lived in the various towns of Lincolnshire. (The subsequent accounts on this list are sourced from her work.)

Rudkin discovered that there were a large number of people in the area who had either encountered a black dog themselves or personally knew someone who had. She also discovered that the strange animals seemed to have specific ranges and home locations that each could be associated with. 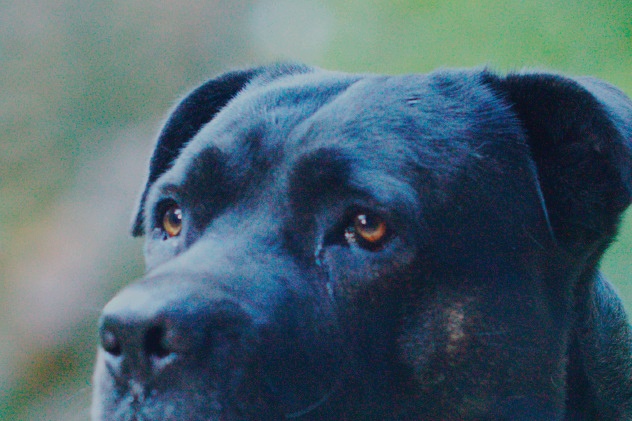 One of the accounts that Rudkin collected concerned a woman who, sometime before 1905, had done some shopping in the town of Scunthorpe and was walking home to the village of Crosby. Somewhere along the way home, the woman became aware that she was being closely followed by a large, black dog that she’d never seen before. Since it seemed friendly, she didn’t mind its presence and continued walking.

Sometime after this, she walked past some laborers out on the road, and she heard them whispering to each other about what sort of uncivil things they would like to do to her if “that [something] dog hadn’t been with her.” Impressed and thankful for her escort’s unexpected help, she immediately called for her husband to meet the marvelous animal when she got home, but the black dog had completely vanished.

In 2001, a variation of this story was circulated on the Internet. It claimed that the woman—now described as a young college student—was saved by the intervention of angels, which only shows that angels are currently more popular than black dogs.

3 How Not To Treat A Black Dog 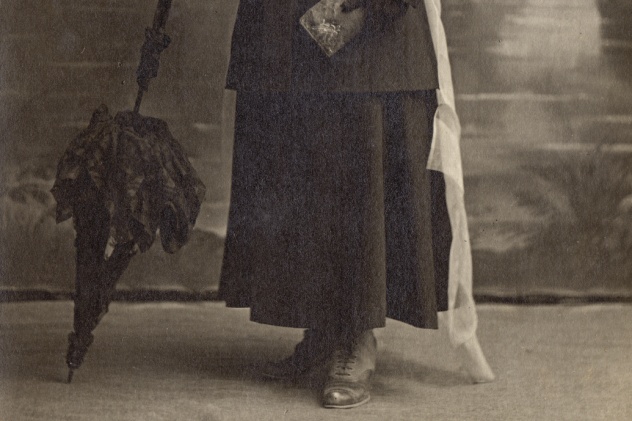 Another account from the village of Willoughton tells how, one night sometime before 1938, a woman from the village was walking along a road by the local Blyborough Fishpond when she became aware of a large, black dog following her. This apparently annoyed her quite a bit, as she purposely slowed her pace to allow the animal to catch up to her.

One the beast was side by side with her, she struck at it with her umbrella . . . only to have the umbrella completely pass through the dog’s body without bothering the spectral hound in the least. It continued to walk with her until they reached the end of the lane, where the black dog vanished either into the sky or a tree. 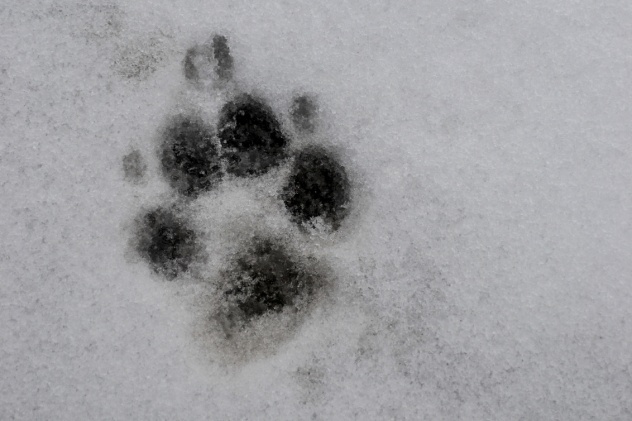 Rudkin also received an account of a woman’s father, who was a lay preacher with the Methodist Church. On a winter night, he found himself unexpectedly being escorted down a lane by a black dog as he was walking to various appointments. Before the dog’s appearance, the good man had been overtaken by an “uncanny feeling” of something being wrong.

Shortly after the black dog appeared, he tried to shoo the animal away, but it wouldn’t leave his side until he reached the end of the lane. When it vanished, the uncanny feeling must disappeared as well, for the preacher maintained from then on that the phantom hound must have been sent that night to protect him from an unknown danger. 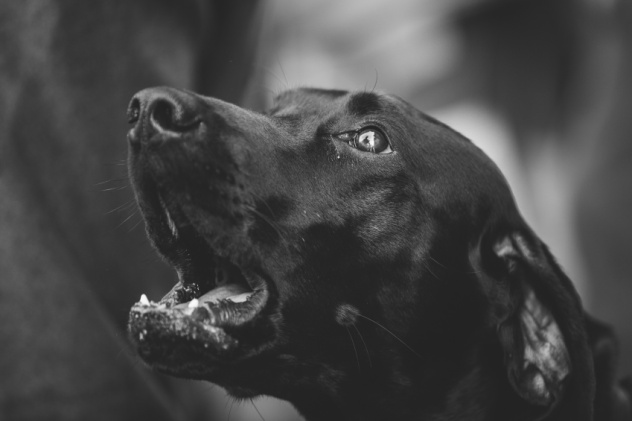 Perhaps the strangest story that Rudkin collected—one that she found hard to believe herself—told of a nurse who was making her monthly visit to a farm near the town of Kirton in 1908. As she was putting the children to bed, they were talking about the local black dog and asked the plucky nurse what she would do if she met the beast during her walk home. Jokingly, the nurse replied, “I shall put ‘im in my pocket!”

After the children were asleep and her job done, the nurse started the walk home to Kirton. In the dark of the night, she found herself being approached by the unmistakable figure of the black dog, which rushed forward and started to run in circles about her . . . and cried out “Put me in your pocket! Put me in your pocket!”

Garth Haslam has a degree in Anthropology and specializes in folklore and religious studies. He’s been digging into strange topics for over 30 years and posts his research on varying anomalies, curiosities, mysteries, and legends at his website Anomalies—the Strange & Unexplained. Check it out at http://anomalyinfo.com.