The British Empire gets an awful lot of criticism these days, and it has become something of a crime against liberalism to defend it in any way at all. From exploiting foreign peoples to destroying entire cultures, it’s been hit with every kind of accusation. Though much of this anti-Imperial sentiment is certainly well deserved, it would be oversimplifying things to claim that the British were all bad.

History is a lot more complicated than the Internet would have us believe, and so here is a list of things which show that the British Empire, for all its crimes, did plenty of good in the world as well. Although it can be argued that there has been democracy in Britain for hundreds of years, the simple fact is that before the era of the British Empire, it was a country ruled by the elite few for the elite few. In fact, there was a time when only 3 percent of the population were entitled to vote—all of them rich men.

However, once the British Empire began to grow, the middle classes became increasingly vocal about their desire to vote in elections. A series of bills passed by Parliament between 1832 and 1918 eventually allowed everybody in the country to vote, women included. This represented the step from an oligarchy into what can truly be called a modern democratic state, and the British Empire oversaw it. Despite having been heavily involved in the slave trade for much of its history, the British Empire did eventually come to its moral senses and abolish the practice in 1807. However, having perhaps realized the truly atrocious nature of slavery, they went much further than simply making it illegal. For the next half-century, a special set of ships known as the West Africa Squadron patrolled the routes of slave ships and liberated around 150,000 enslaved Africans in the process.

Over 1,500 men died while serving in this squadron, and every slaver caught was fined £100 for each slave aboard the ship. This was a huge amount of money in the early 19th century, and it represents the change in heart of the British Empire as they transitioned from engaging in the slave trade to actively fighting against it. 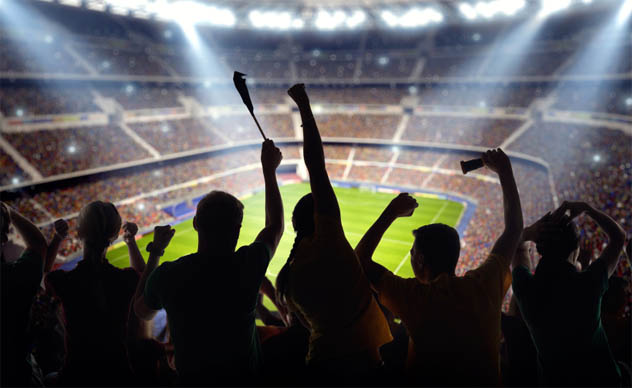 There’s no doubt about it: Sports bring people together. Wherever we are from, we all like to support our sporting idols, whether that is a team or individual, either national or local. And thanks to the British Empire, people across the entire world have been united by their love of the same sport.

Six of the world’s 10 most popular sports—soccer, cricket, tennis, hockey, golf, and table tennis—were invented by the British and consequently spread throughout the Commonwealth by the Empire. Even games such as American football and baseball were originally British sports—rugby and cricket, respectively. Without the Empire, many people all around the world would not be playing or watching the sports they love, which unites them with others from different cultures and continents in a way which few other things can.

7Gave The World A Language 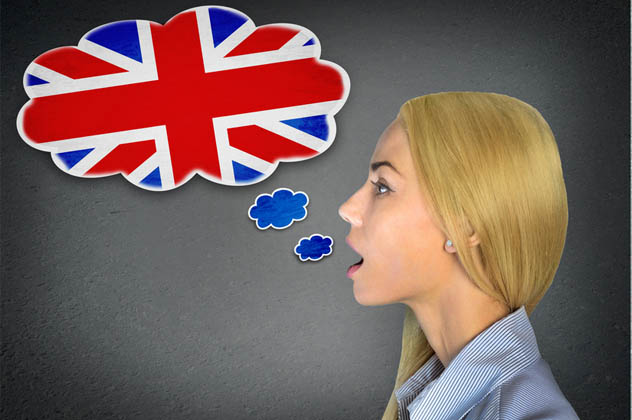 English is spoken in 106 countries, and 1.5 billion people worldwide have either learned it or are in the process of doing so. Furthermore, it is the language of the Internet, with over 500 million people using English as their language of choice online, while three-quarters of online content is in English as well.

English is even used by 90 percent of airlines around the world, while the majority of scientific papers, music, television, and mail correspondence are all in English. And the British Empire is to thank for this. As the native language of, unsurprisingly, England, English was transported across the globe by Britain over the last two centuries, making travel, commerce, and the Internet easier in 2016.

6Connected The Globe With Technology There are many things we take for granted in the world today, such as instantaneous communication and rapid transport. But things were not always this way—before the British Empire, the speed of communication and travel had hardly changed since Roman times. However, two key inventions were spread throughout the world by the British. The first of these was the train, invented in 1830, and the other was the telegraph, invented around the same time.

These inventions suddenly made the world a far more connected place. People who had never traveled before could suddenly journey great distances, and quickly to boot. Not only this, but the telegraph brought the globe closer together, making administration, commerce, travel, and general communication far easier. The ambitious Victorians even went so far as to stretch a cable all the way between the United States and Ireland. Not many people have heard of the ancient Hindu practice known as sati, or suttee, and that is largely thanks to the British Empire. This is a good thing because of what sati entailed. It was a ritual sacrifice whereby, when a married man died, his widowed wife was expected to burn herself on his funeral pyre. Between 1823 and 1828 alone, at least 8,000 women died when performing sati, and even those figures are believed to be a gross underestimation.

This practice was outlawed by Lord Bentinck, governor-general of India, in 1829. Although some considered this an affront to Indian religious traditions, many people welcomed the ban. Now there is no doubting that India is a better place without widow-burning.

4Stood Up To The Nazis 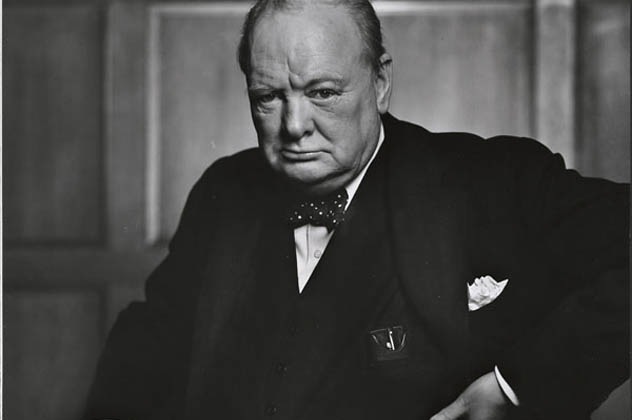 There is no end of discussion about World War II, but we often forget that at the time, nobody knew for sure how things would turn out. It was not obvious that the Nazis would be defeated—after all, they had conquered mainland Europe in less than two months and possessed a military of frightening capabilities.

At that moment, Britain stood alone in Europe as the sole opposition to Hitler’s Germany, and had they not decided to fight rather than appease, world history might look very different. Epitomized by Winston Churchill’s famous speech, it was arguably the British Empire’s finest hour when they refused to submit to one of history’s most destructive and dangerous forces.

3Made Other Countries Rich 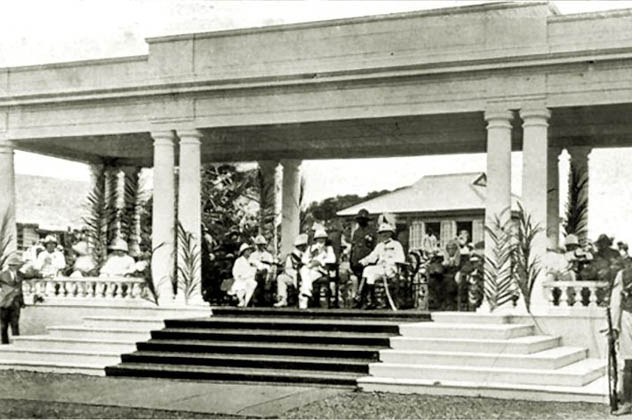 Although it is often argued that the British Empire simply exploited other countries around the world to make itself rich, certain statistics show this to not be entirely true. Seven of the world’s 10 richest countries—Qatar, Singapore, Kuwait, Brunei, UAE, Hong Kong, and the USA—were once either British colonies or British protectorates.

Six of the those countries are in Asia, which also goes to show that the British Empire did not only benefit its North American colonies. In Africa, the world’s poorest continent, five of the richest 10 countries—Egypt, Sudan, South Africa, Ghana, and Nigeria—are former British colonies, which at least means that the Empire left its colonies in a better state than other European powers. 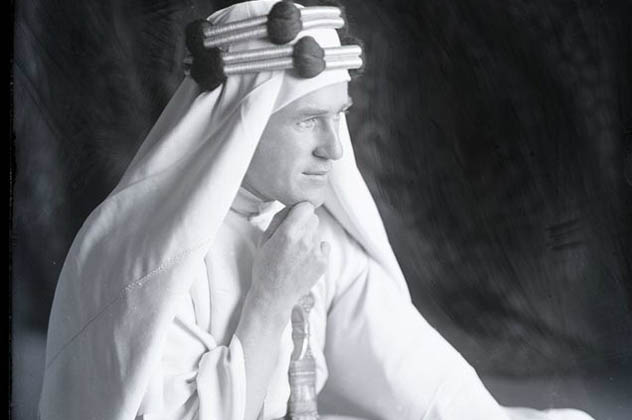 The Ottoman Empire held power for over 600 years and outlasted both the Russians and the Habsburgs, eventually meeting their end at the hands of the British Empire during World War I. The good thing about the end of this particular empire was that large parts of the world were freed from Imperial rule. For example, much of Eastern Europe, including Greece, Bulgaria, Serbia, and Albania, gained their independence during the war or just before it began.

Most notably, and with the help of one Lawrence of Arabia, the Arab world was freed from 400 years of Ottoman rule, eventually giving way to the creation of such modern-day countries as Saudi Arabia, Syria, Iraq, Jordan, and Lebanon in the form of independent states.

1Brought Democracy To The World 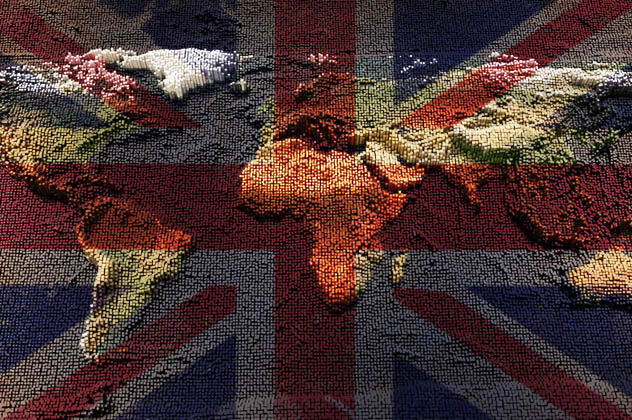 Many people like to criticism democracy as an inherently flawed form of government, but compared to the alternatives, it’s probably the best option we have. In the 21st century, we are used to the vast majority of countries in the world being democratic, but this was not always so. Democracy in the modern world was developed in Britain and France, and during the Age of Empires they spread it across the world.

The British Empire brought democracy to countries across all continents, including the US, India, Australia, Canada, New Zealand, Nigeria, South Africa, Ghana, Pakistan, the United Kingdom itself, and many more. Some detractors compare the British Empire to the Nazis, but if it had been Hitler spreading forms of government around the globe, the world would be a far worse place than it is today.

Top 10 Revolutions Felt Around the World