Practically every discipline from medical science to quantum physics seems determined to rewrite textbooks at a breakneck pace. But not every scientific discovery can be a potential broad-spectrum cancer cure or high-tech solution to a confounding problem. Some are more . . . well, downright whimsical. We think they’re worth documenting as well. 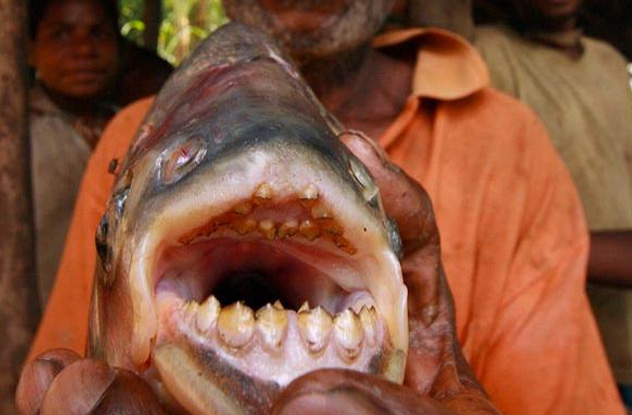 Piranhas have been feared by the general public since at least 1978, when Joe Dante’s Jaws ripoff Piranha planted the razor-toothed fish into the mainstream consciousness. Unbeknownst to most, however, there is an extremely close relative of the infamous fish that is nowhere near as dangerous. It has a mostly vegetarian diet, owing to its bizarrely human-looking teeth.

The red-bellied pacu have started turning up in a most unusual locale, given their South American ancestry—Michigan. Three of them were pulled from two different lakes during July 2016. The Michigan Department of Natural Resources speculates that imported pet pacus, which can grow very quickly, are being set free by their owners. Although the pacus are unlikely to become invasive given their tropical temperament, foreign species can spread tropical diseases and cause damage to unfamiliar ecosystems. 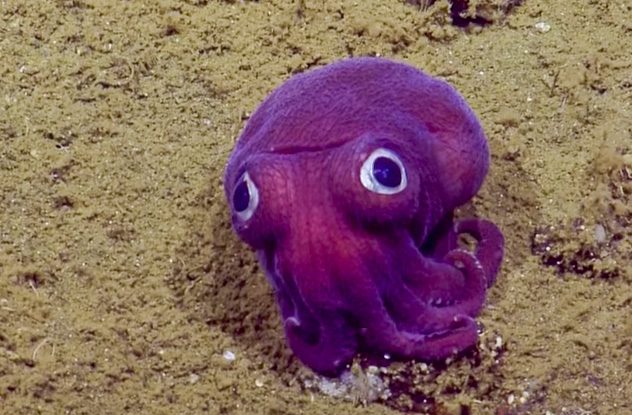 Scientists aboard the undersea exploration vessel Nautilus in the Pacific were recently treated to a sight rarely looked upon by humans—Rossia pacifica, a type of bobtail squid that typically sticks close to the ocean floor. As you can see, they had no trouble spotting it, as it looks like a living, swimming plush animal.

The squid have been recorded dwelling as deep as 1,300 meters (4,000 ft) below the ocean’s surface, where intense cold and pressure can cause native lifeforms to take on strange and alien appearances. The Nautilus researchers were forced to consult several different institutions, including the University of California Santa Barbara, to identify the cute little guy. On the rare occasions when they are spotted, these squid tend to freeze up, as they are used to extremely dark environments, resulting in picture-perfect poses like the one above. 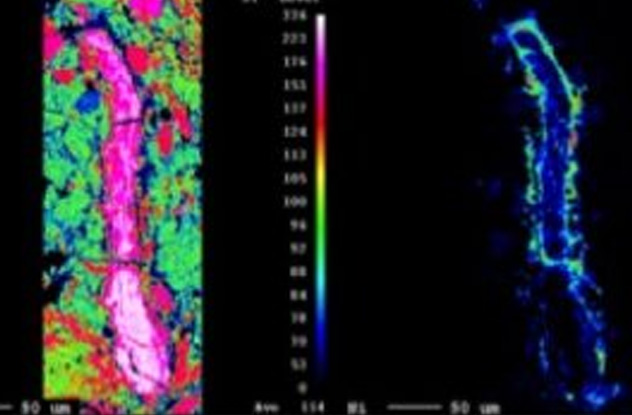 One of the most intriguing questions about the first couple billion years or so of our planet’s existence is how the Earth came to be covered in water. One hypothesis involves ancient impacts on the surface of a very young Earth by ice-bearing asteroids. This makes sense since ice is one of the most plentiful elements in space, but there was very little in the way of hard evidence until just recently.

This came by way of intact pieces of opal that were found on a meteorite unearthed in Antarctica. Opal is 30-percent water, and none had ever been found on an asteroid’s surface before. Close examination of the opal sample revealed isotopes identical with the rest of the meteorite’s material, indicating that the ice did not form during its stay in the Antarctic but indeed had an extraterrestrial origin. 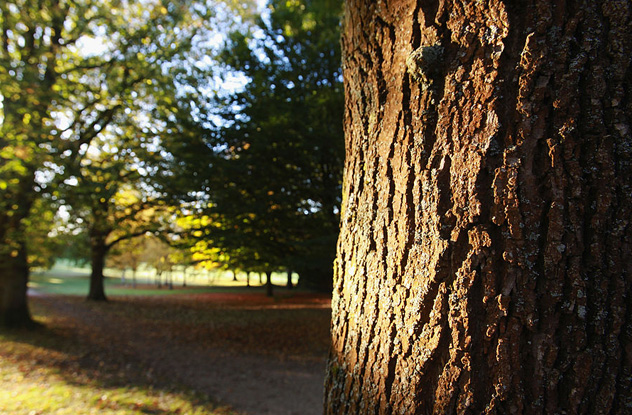 Do trees have a true rest cycle, one that permits them to recover the from the long day’s photosynthesizing work, accomplishing what sleep does for animals? The Finnish Geospatial Research Institute may have recently provided the answer: Yes.

Using infrared light to examine the branches of two silver birch trees, researchers discovered a pattern of nighttime drooping and sagging that was exhibited by both trees, hundreds of miles apart. But the really surprising part is that the “awakening” phase, wherein the tree’s appendages perked up again to receive sunlight, began well before sunrise. This indicates that this is not a mechanical function influenced by the Sun. Instead, trees have a sort of natural circadian rhythm just like we do. 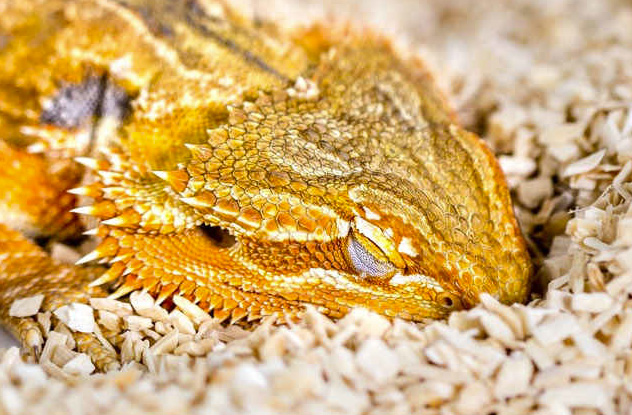 And while we’re on the subject of snoozing, a German team at the Max Planck Institute for Brain Research made an even more startling discovery in their study of the brainwave patterns of Australian dragons. They were shocked to find REM states—Rapid Eye Movement, the state during which most dreams take place in humans—in a lizard for the first time. This suggests the origins of the REM state and slow brainwave patterns during sleep is probably millions of years older than previously thought.

REM had only been observed previously in birds and mammals and was thought to be a case of convergent evolution, with the same trait having evolved independently in the different species. The new discovery implies that this is probably not true at all. REM was common in an amniote ancestor of all of these species and therefore must be at least 100 million years older than the best previous guess. This could eventually help to answer questions about just how sleep came to be and whether it served a different purpose for ancient organisms than it does for modern ones. 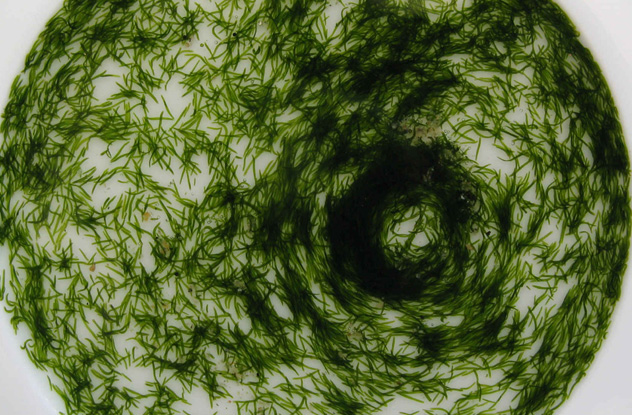 The mint-sauce worm has fascinated scientists for a long time, as it possesses an ability few other animals do: photosynthesis. The worm has a symbiotic relationship with a certain species of algae, which produces a steady supply of nutrients. But while the image of a tiny, friendly algae constantly feeding sun food to its worm host is admittedly adorable, another recently discovered behavior is even more so.

Get enough of them together in the right conditions, and the mint-sauce worm becomes very social. They will group together into a spiraling vortex pattern, which helps the mass accumulate more worms. While this type of circular milling is seen in other animals as well, it is ordinarily not a beneficial behavior (ants literally mill themselves to death). In this case, the larger the grouping, the bigger the array of algae—all the better to produce a more efficient natural solar panel. 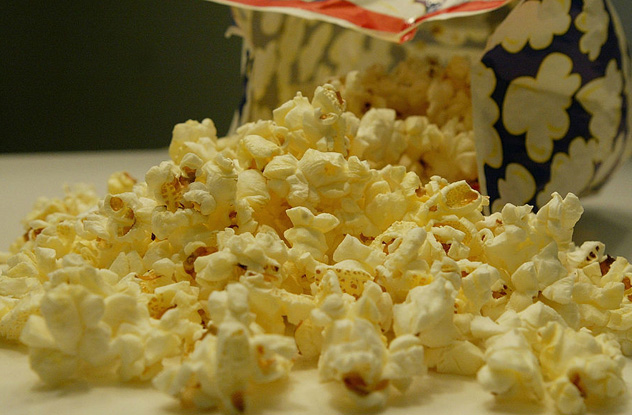 While there may be an infinite variety of aromas in the natural world, Bates College and University of Pittsburgh scientists have asserted that every one of them is composed of some combination of 10 primary smells detectable by humans. Their study produced these 10 from an original 144, which in turn were distilled down from thousands of aromas. The list is: fragrant, woody/resinous, non-citrus fruity, sharp/pungent, chemical, minty/peppermint, sweet, popcorn, sickening, and lemon.

Among those, one may have jumped out at you. Popcorn’s identifiable aroma was found to be present in a wide range of foods. It’s described as “an earthy smell that isn’t quite grass or wood,” and perhaps this explains why we willingly pay eight dollars for a bag of the stuff every time we go to the movies. 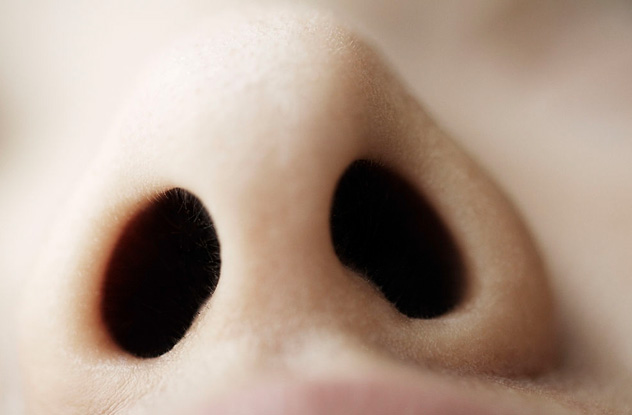 The medical community has been warning for quite some time now that antibiotics are losing their effectiveness. Over-prescription of the drugs, along with the tendency of contagious bugs to mutate, are largely to blame. But a new, previously untapped antibiotic may have just been found in the unlikeliest of places.

Most antibiotic-producing bacteria live in soil, but not Staphylococcus lugdunensis. It colonizes inside the human body. Specifically, up our noses. It is a harmful bacteria, but scientists had observed that regular, everyday bacterial infections are seldom seen where lugdunensis infections are present. The antibiotic it produces, dubbed Lugdunin, was previously unknown and has shown promise in early lab trials fighting multiresistant strains of bacteria.

2Location Of The Christmas Spirit 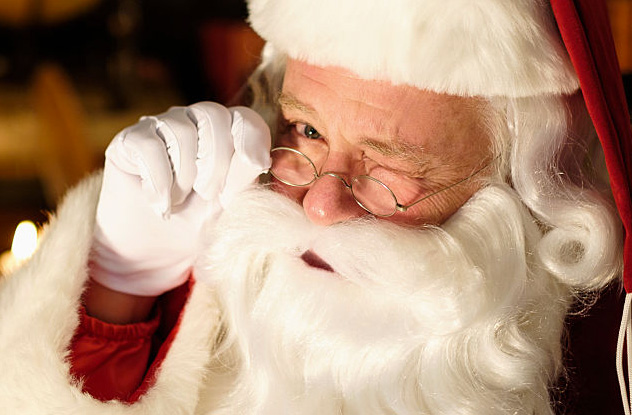 Danish scientists say they have discovered exactly where the Christmas Spirit lies. In a study involving 20 people from varying cultures, volunteers were shown drab control images interspersed with Christmasy ones such as holiday lights and Christmas cookies. This was followed by a questionnaire about the participants’ feelings about Christmas.

When shown the festive images, the same three regions of the brain lit up in the subjects with the most Christmas spirit. This didn’t happen among those with no cultural connection or negative feelings about Christmas, proving that the Christmas spirit does not lie in the heart but rather the left primary motor and premotor cortex, right inferior and superior parietal lobule, and bilateral primary somatosensory cortex.

Perhaps that’s not quite as whimsical as we had thought.

1The Origin Of Laughter 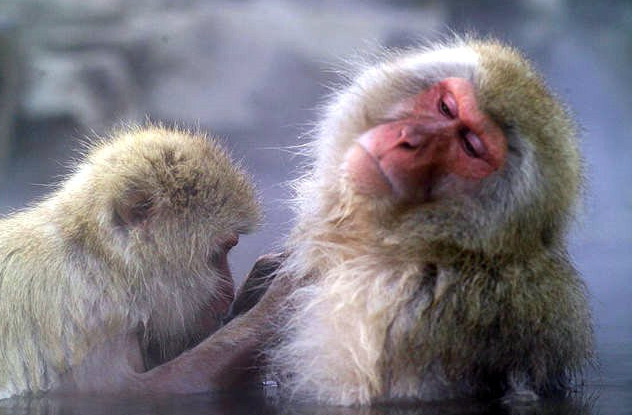 Humans and primates both display involuntary facial muscle movement while sleeping. This often resembles smiling and is thought to be the evolutionary origin of smiling and laughter in humans. However, it has recently been shown that this behavior goes even further back on our evolutionary tree than previously thought.

In a Kyoto University Primate Research Institute study that necessarily involved closely studying dozens of sleeping, smiling baby monkeys, scientists recorded the behavior in infant Japanese macaques, which are far more distantly related to humans than apes and other higher primates. This means that the evolution of smiling likely began long before our ancestors first diverged from the older primates. We humans, and our very oldest ancestors, have probably been smiling and laughing for our entire existence.