The universe is full of stars, and they’re not all the same. In fact, there’s an incredible variety. Here’s a sampler of the most extreme stars in the known universe. 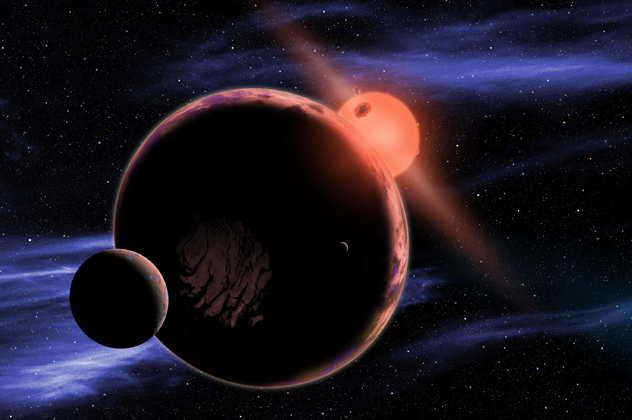 How long can a star live? First, let’s define a star’s lifetime as how long it does nuclear fusion, because the corpse of a star can hang around long after nuclear fusion ends.

The way stars work, the less massive they are, the longer they tend to live. The stars with the smallest mass are the red dwarfs. They can be anywhere from 7.5 to 50 percent of the Sun’s mass. Anything less massive wouldn’t be able to do nuclear fusion—it wouldn’t be a star. Current models estimate that the smallest red dwarf stars could do fusion for up to 10 trillion years. Compare that to stars like our Sun, which do fusion for around 10 billion years—1,000 times less. After fusing most of its hydrogen, theory predicts that a lightweight red dwarf becomes a blue dwarf, and as it uses up the rest of its hydrogen, core fusion stops and it becomes a white dwarf. 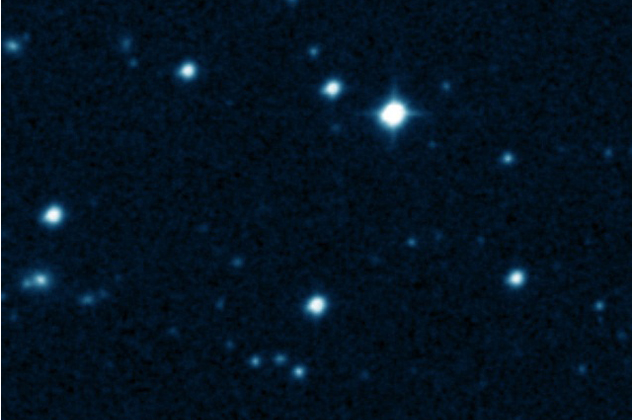 The oldest stars would be the ones formed just after the Big Bang (about 13.8 billion years ago). Astronomers can estimate the age of stars by looking at their starlight—it tells them how much of each element (e.g. hydrogen, helium, lithium) is in the star. The oldest stars tend to have mostly hydrogen and helium with very little mass devoted to heavier elements.

The oldest known visible star is named SMSS J031300.36-670839.3. Its discovery was published in February 2014. It’s estimated to be 13.6 billion years old, but it’s not one of the first, original stars. None of them have yet been found, but some may still be around. Red dwarfs can live trillions of years, after all. If there are any, there won’t be many, so looking for them would be the ultimate needle-in-a-haystack search. 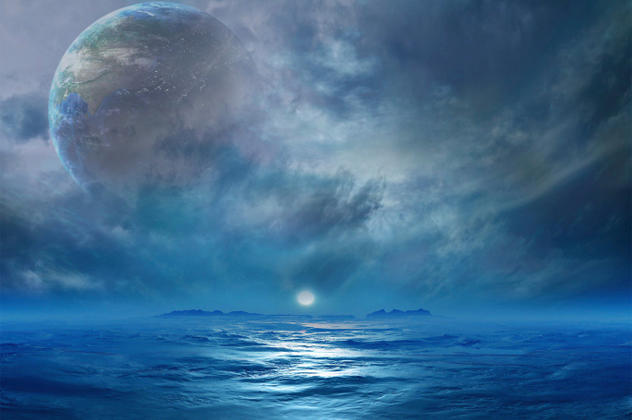 What are the dimmest stars? Before that can be answered, we need to be clear about what we mean by “dimmest.” The farther you get from a star, the dimmer it looks, so we need to eliminate the distance-from-us factor and simply measure the luminosity, or the total amount of power being given off by the star as photons (particles of light).

If we restrict ourselves to stars that are still doing fusion, then red dwarfs have the lowest luminosity. The coolest star with the lowest luminosity currently known is the red dwarf 2MASS J0523-1403. Any less luminous and we get into the realm of brown dwarfs, which aren’t stars at all.

And then there are the remains of stars: white dwarfs, neutron stars, and black holes. How dim can they be?

White dwarf stars are somewhat luminous, but they cool down over time. Given enough time, they become cold lumps of carbon emitting hardly any light—they become “black dwarfs.” It takes a very long time for white dwarfs to cool, so there are no black dwarfs yet.

Astrophysicists don’t know what happens to the matter in neutron stars as they cool. By observing supernovae in other galaxies, they can estimate that several hundred million neutron stars must have formed in our galaxy, yet they only see a fraction of that. The rest must have cooled down so much that they’re now essentially invisible.

What about black holes deep in intergalactic space with nothing orbiting them? They’d still give off a tiny bit of radiation—known as Hawking radiation—but it wouldn’t be much. Such loner black holes would be the least luminous star remnants. Do they exist? Maybe.

7The Most Luminous Stars 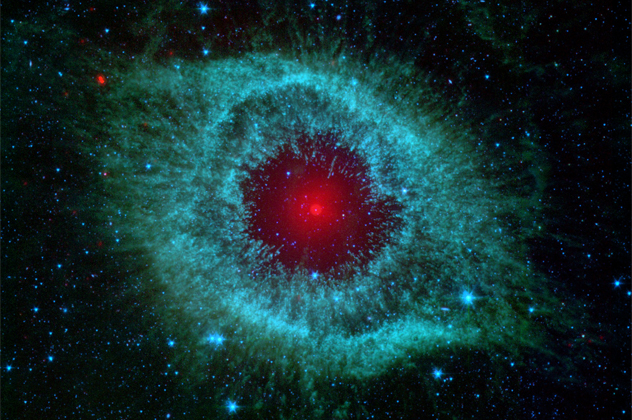 The star currently holding the title for most luminous (and most massive) is R136a1. Its discovery was announced in 2010. It’s a Wolf-Rayet star with a luminosity around 8,700,000 times the luminosity of the Sun and a mass of about 265 times the mass of the Sun. Because it’s shedding mass, it once had a mass as high as 320 Suns.

R136a1 is actually part of a dense cluster of stars named R136. According to Paul Crowther, one of the discoverers, “Planets take longer to form than these stars take to live and die. Even if there were planets, there would be no astronomers on them because the night sky would be almost as bright as the day in these clusters.” That’s a situation Isaac Asimov imagined in his 1941 science fiction short story “Nightfall.” 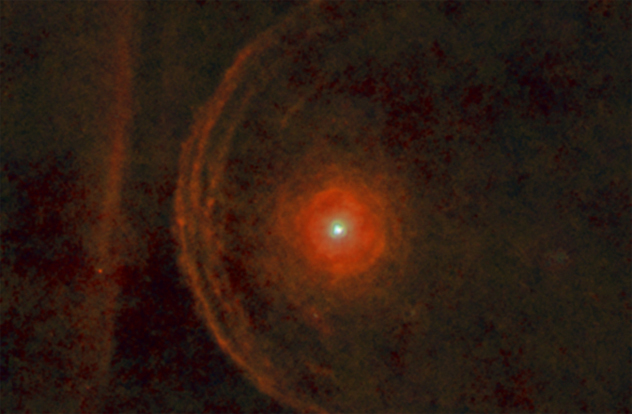 Despite its enormous mass, R136a1 isn’t the largest star (in size). There are many larger stars, and they’re all red supergiants—stars which spent most of their life much smaller until they ran out of hydrogen to fuse, started fusing helium, got much hotter, and expanded. Our Sun will eventually run low on hydrogen and expand, but only into a red giant. To become a red supergiant, a star must be at least 10 times more massive than the Sun. The red supergiant phase is brief, lasting only a few thousand to a billion years (which is brief by star standards, if not by any other standards).

5The Stars With The Most Luminous Explosions 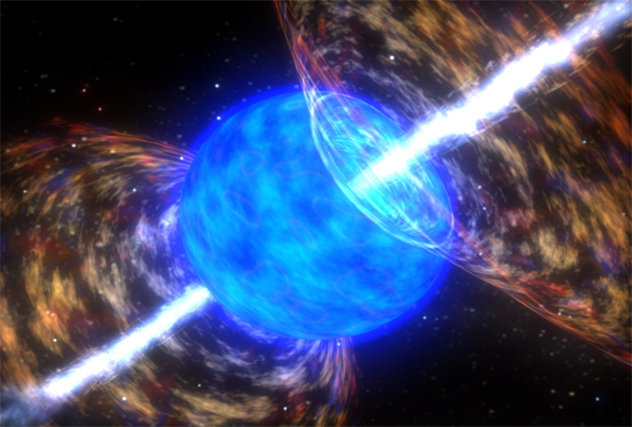 The highest-energy photons are called gamma rays. They’re produced in nuclear bomb explosions, so the United States launched special satellites, the Vela satellites, to look for the gamma rays produced by Soviet nuclear bomb tests. In July 1967, those satellites detected a gamma ray burst (GRB) that didn’t look like it had been produced by a nuke. Many more were detected after that. They tended to be quite short in duration, lasting from only a few milliseconds to several minutes. They were also incredibly bright—far more luminous than the most luminous stars, albeit briefly. And the source wasn’t on Earth.

What produces GRBs? There were lots of ideas. Today, most are thought to originate from the explosions of massive stars (supernovae or hypernovae) en route to becoming neutron stars or black holes. Some GRBs come from magnetars, a kind of neutron star with an extremely strong magnetic field. Other GRBs may be the result of two neutron stars merging into one, or a neutron star falling into a black hole.

4The Most Insane Former Stars 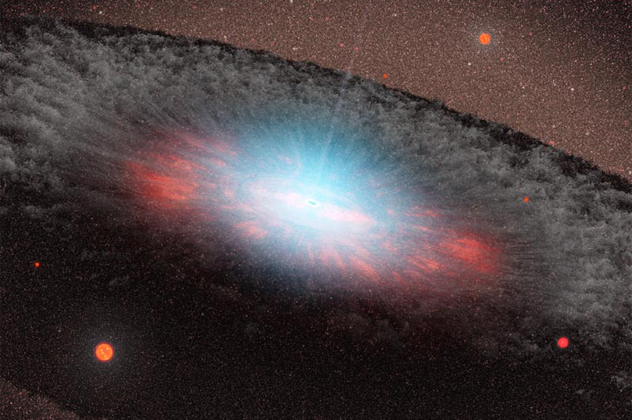 Black holes are not stars—they’re the remains of stars—but it’s fun to compare them to stars because such comparisons highlight just how insane they are.

A black hole is what forms when a star’s gravity is strong enough to overcome all other forces, causing it to collapse on itself down to a point mass. With a non-zero mass but zero volume, it theoretically has infinite density, but that’s only because we just don’t have a good theory for what really goes on.

Black holes can be extremely massive. The black holes found at the centers of some galaxies can be tens of billions of solar masses. What’s more, the matter orbiting around supermassive black holes can be very luminous, sometimes more luminous than all the stars in a galaxy. There can even be powerful jets of matter emanating from near a black hole, moving at nearly the speed of light. 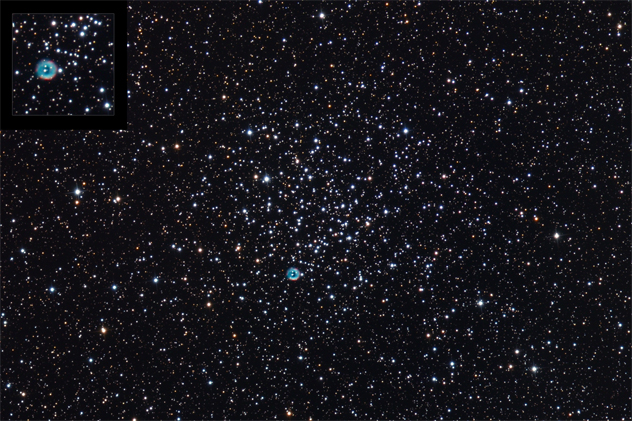 In 2005, Warren Brown and other astronomers at the Harvard-Smithsonian Center for Astrophysics announced the discovery of a star moving so fast that it will leave the Milky Way galaxy and never come back. Its official name is SDSS J090745.0+024507 but Brown calls it “the outcast star.”

Other fast-moving stars have since been discovered. They’re known as hypervelocity stars. As of May 2014, 20 have been found. Most of them seem to be coming from the center of the galaxy. One hypothesis is that a pair of closely orbiting stars (a binary system) passed close to the black hole at the center of the galaxy, then one of the stars got captured by the black hole and the other got ejected at high speed.

There are stars which appear to be moving even faster. In fact, generally speaking, the farther a star is from our galaxy, the faster it appears to be moving away from us. That’s due to the expansion of the universe, though, not the motion of the star through space.

2The Most Variable Stars 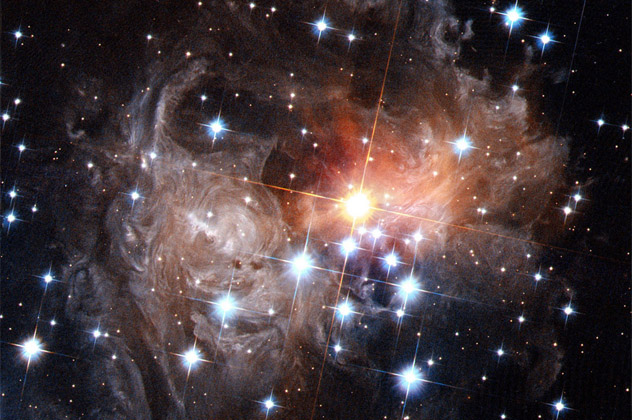 Many stars fluctuate greatly in apparent brightness as seen from Earth. They’re known as variable stars. There are lots of them: the General Catalogue of Variable Stars lists over 45,000 in the Milky Way galaxy alone.

According to astrophysics professor Coel Hellier, the most variable of these stars are the cataclysmic variable (CV) stars. Their brightness can increase by a factor of 100 in less than a day, then decrease, then increase again, and so on. As a result, CVs are popular with amateur astronomers.

Today we have a better understanding of what’s going on with CVs: They’re actually binary stars in which one of the stars is a regular star and the other one is a white dwarf. Matter falls off the regular star onto an accretion disk orbiting the white dwarf. Once the mass of the disk gets high enough, fusion begins, causing the observed increase in brightness. It doesn’t last—the fusion fades out and the whole process begins again. There are a few variations on this. For example, sometimes the white dwarf gets destroyed.

1The Most Unusual Stars 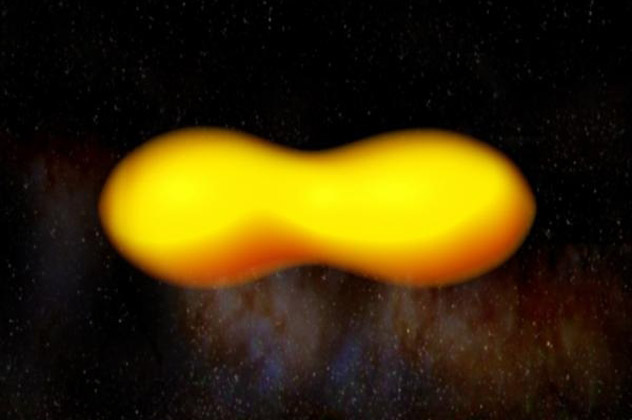 Some kinds of stars are very unusual. They’re not necessarily at the extreme values of some attribute (e.g. luminosity or mass), they’re just weird.

Thorne-Zytkow objects are like that. They’re named after the physicists Kip Thorne and Anna Zytkow, who first suggested that they might exist. Their idea was that a neutron star could spiral into the core of a red giant or supergiant. Crazy, right? Yet one was recently found.

Sometimes, two big, yellow stars can orbit so close to each other that matter falls between them, making the pair look like a giant cosmic peanut. Only two such systems are known.

Przybylski’s Star is sometimes given as an example of an unusual star because its starlight is unlike that of any other star. Astronomers measure the intensity of each wavelength as a way of figuring out what the star is made of. It’s usually straightforward, but scientists are still trying to understand the spectrum of Przybylski’s Star.

Troy McConaghy is a graduate of the International Space University and Purdue University (Aeronautics & Astronautics). Follow him @TroyMc.