Millennials are the polarizing generation. They lead the way in a lot of trends, ideas and innovations; yet they frustrate other generations. Many media outlets run stories on Millennials which contain stereotypes about avocado on toast or the fact they don’t drink alcohol. However, some of the sweeping generalizations are incorrect and today’s list looks at 10 Common Facts About Millennials That Are Factually Incorrect.

SEE ALSO: 10 Ways Young Generations Are Better Than Their Parents

10 They Have No Savings and Lots of Debt 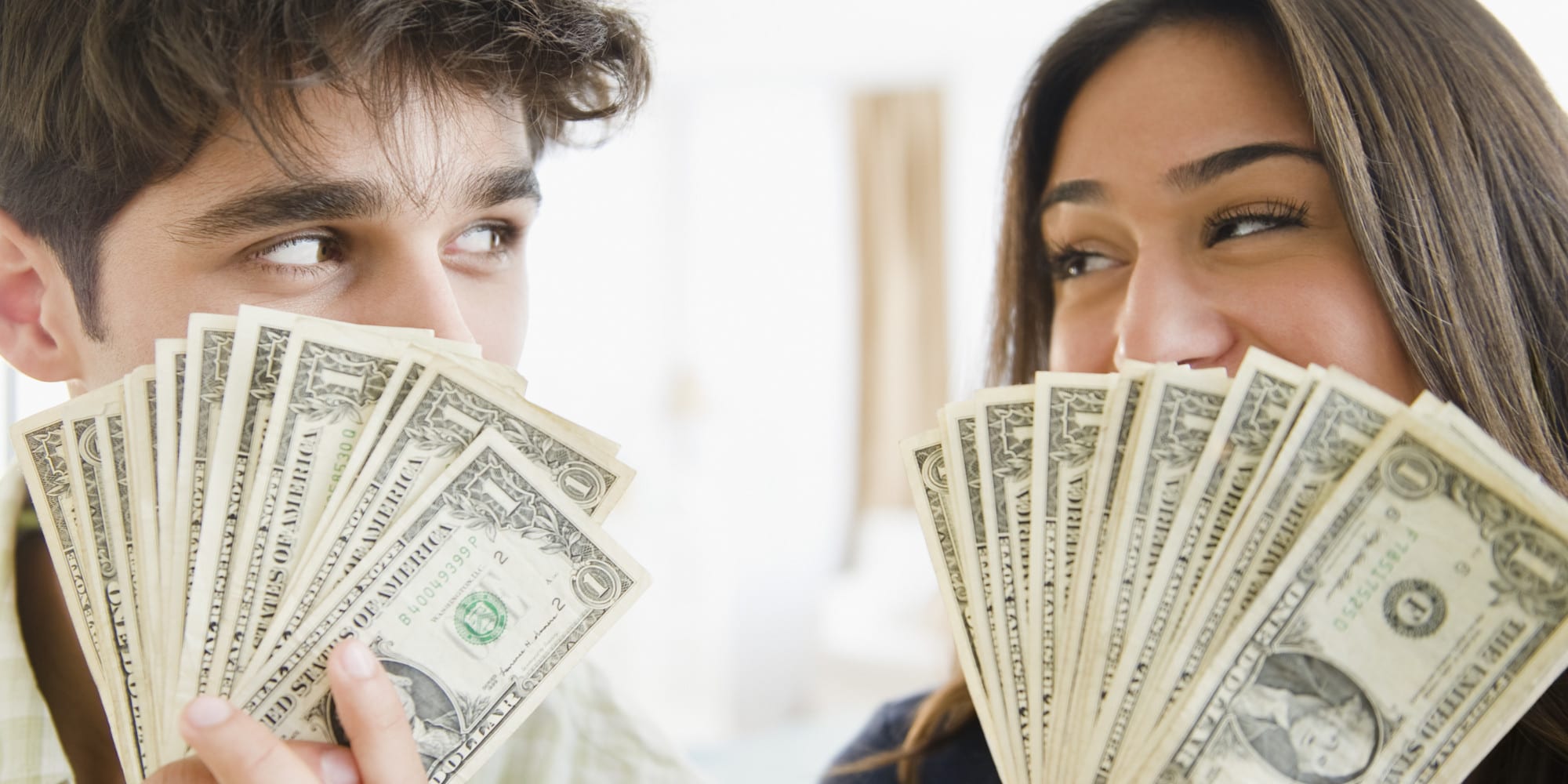 Millennials have been referred to as the broke generation, especially in comparison to Baby boom generations who grew up when the world was recovering from World War Two and prospering in general. Generation X, who came before Millennials, benefitted from technology advancing in the 1990’s and therefore did not feel the same economic turbulence as was seen in the 2000s. Spending habits of Millennials have also been highlighted as a major cause for concern, with younger people striving to spend like their parents are. However, with all that being said, Millennials are actually more invested in their pensions than any previous generation, with one report finding more Millennials contribute to their 401 (k) plan than any previous generation. Millennials are also set to inherit an estimated $4 trillion of wealth from baby boomers, in the UK and North America. Based on this, financial reporters have argued that Millennials may actually in fact be set to become the wealthiest generation ever, rather than the poorest. Both arguments have been put forward, with Millennial finances being dubbed ‘much more complicated from a broad-stroke financial picture’.[1]

9 They Are Influenced by Social Media Advertisements 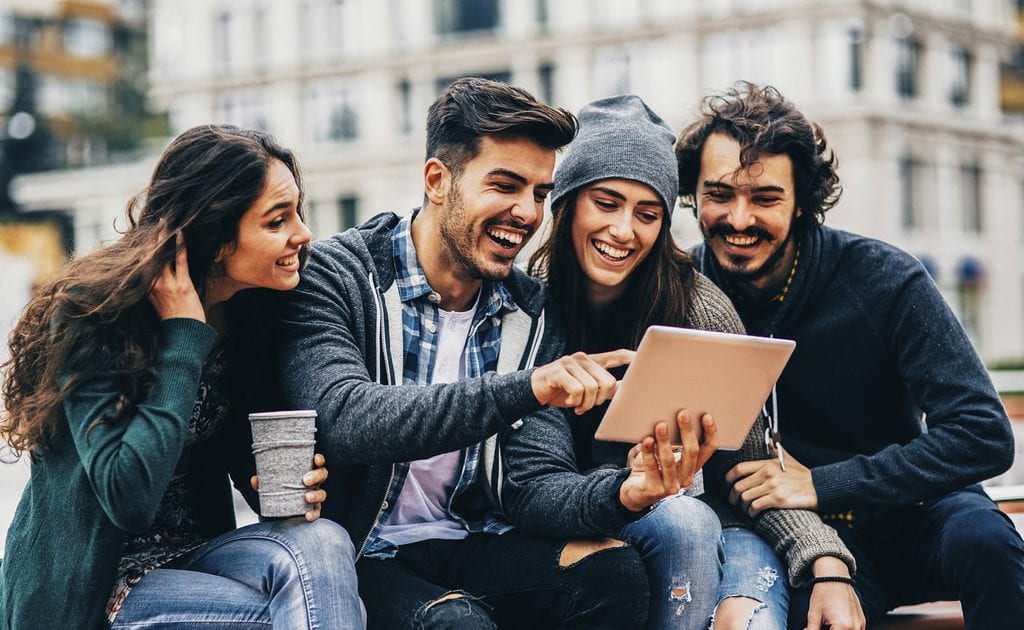 A lot of attention has been given to social media ‘influencers’ and the way they influence people to buy products. Many influencers team up with big brands to promote products that Millennials (and other social media users) will eventually purchase. This is very typical of the ‘Millennial’ platform Instagram, which this year reached 1 billion members. A common misconception is that Millennials are influenced by adverts on social media but this is simply not true; Millennials place high prestige on transparent peer-recommended products. According to Forbes, this is due to Millennials ‘inherent distrust of brands and traditional advertising’. Another strong influence seems to be seeing other users demonstrate products, such as YouTubers or Gamers who promote digital products, over traditional forms of advertisements such as TV or newspaper. Additionally, recent polls have found the over two-thirds of Millennials have said that money is a major stressor in their life, so spending on social media could be seen as a negative outcome of the digital world.[2]

8 They Are Anxious and Depressed 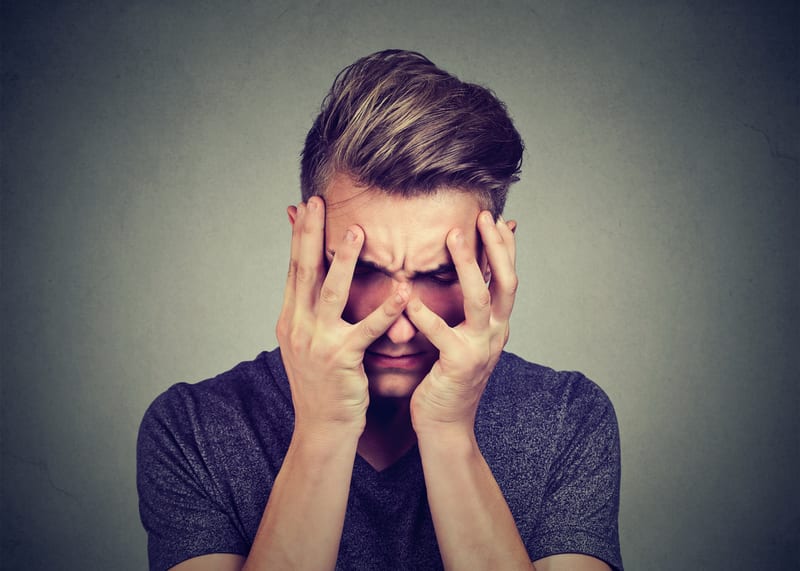 Often levied at Millennials is the feeling that they are constantly depressed or anxious in situations in which baby-boomers (or even older generations) would have balked at. Previous generations, who went through World Wars, are seen to be mentally tougher and could endure more hardship than the Millennial generation can. Millennials have been dubbed the ‘anxious generation’ by certain media outlets and to an extent this may be true; however it’s often misleading. Millennials are more open about talking about their issues and this may be why the numbers seem to be increasing. A 2015 study performed in the U.S. showed that Millennials are more accepting of others with mental health issues than any other generation. Studies also show that the main cause of depression or anxiety in Millennials is down to ‘helicopter parenting’ by baby-boomers. Despite doing what they think is best for their children, boomers may have inadvertently ‘interfered with the development of autonomy and competence’. Therefore generalising that an entire generation of people are too sensitive, when this comes from generations that may have caused the issue, is the real debate to be had.[3]

7 They Have Single-Handedly Killed Industries 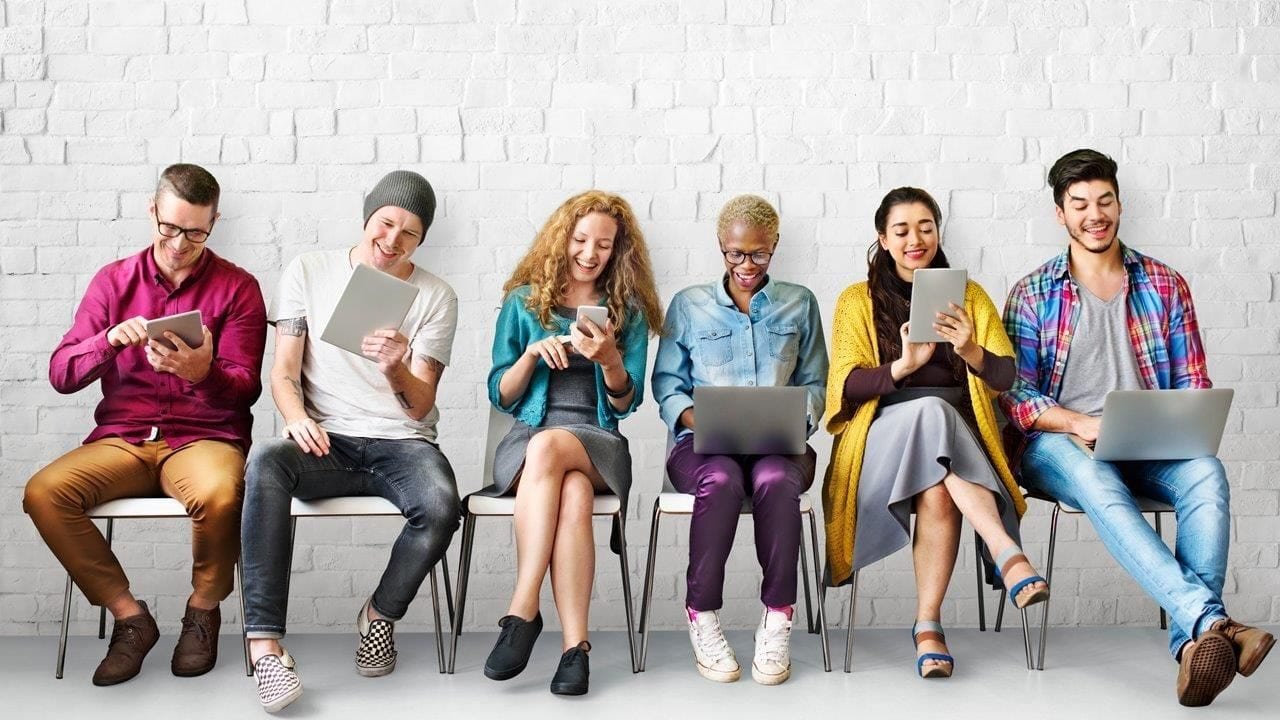 The print industry? Dead. High-street shopping? Nearly dead. Don’t get us started on cable TV. Often Millennials are portrayed as having killed entire industries because of their spending habits and preferences, but this is often an unfair assessment. While it’s true that behaviours have changed in the last few decades, often poor strategies and misunderstanding of the market by companies is what has really killed the industry. Cable TV is a very current example of this, whereby many Millennials (and Gen-Z) consumers are switching to Netflix, Amazon Prime and YouTube, which combined are still 60% cheaper than regular cable TV. If cable providers cannot find innovate ways to reach Millennials in a cost-effective manner, how can you really blame Millennials for going for the cheaper (and often better) option? Another industry in decline is the mass production of products like cheese, beer and canned products like tuna. Millennials are often blamed because of their health-conscious decision making and desire to have more organic options. Whilst cheaper, inflexible companies may suffer, companies which offer fresher products with transparency of how they are made are booming.[4] 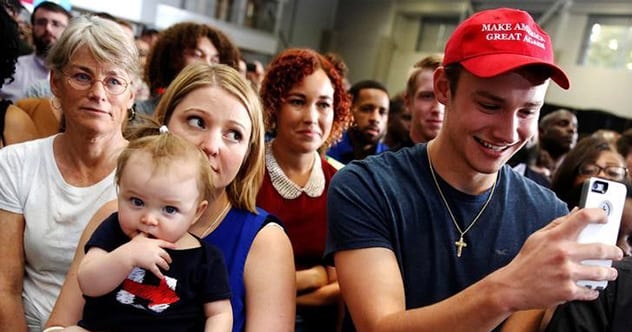 In 2014, Millennials were called the ‘silent generation’ by media outlets due to the low turnout of the 2014 U.S. Midterms, where only 19.9 percent of 18 to 29 year olds actually cast votes. However, investigations into why this occurred have offered interesting explanations into why this might have occurred. Older voters in swing states may have been targeted as they lead the key to winning certain states, in addition to the campaign money being spent on television advertisements that the majority of Millennials simply would not see. It was also found that registering to vote for the first time had become unduly complicated and required Photo ID and other stricter demands. In 2018, Millennial voting doubled to 42 percent, with 3.3. million voters even making the decision to vote early. The prediction for the 2020 General Election in the U.S. is that 50% of the vote will be from Millennials and Gen-X voters, who will ultimately decide the vote. It seems initial reluctance to vote has been overcome with younger people now more actively engaged with political issues and votes, which has peaked in the backlash of the outcome of the 2016 Election.[5] 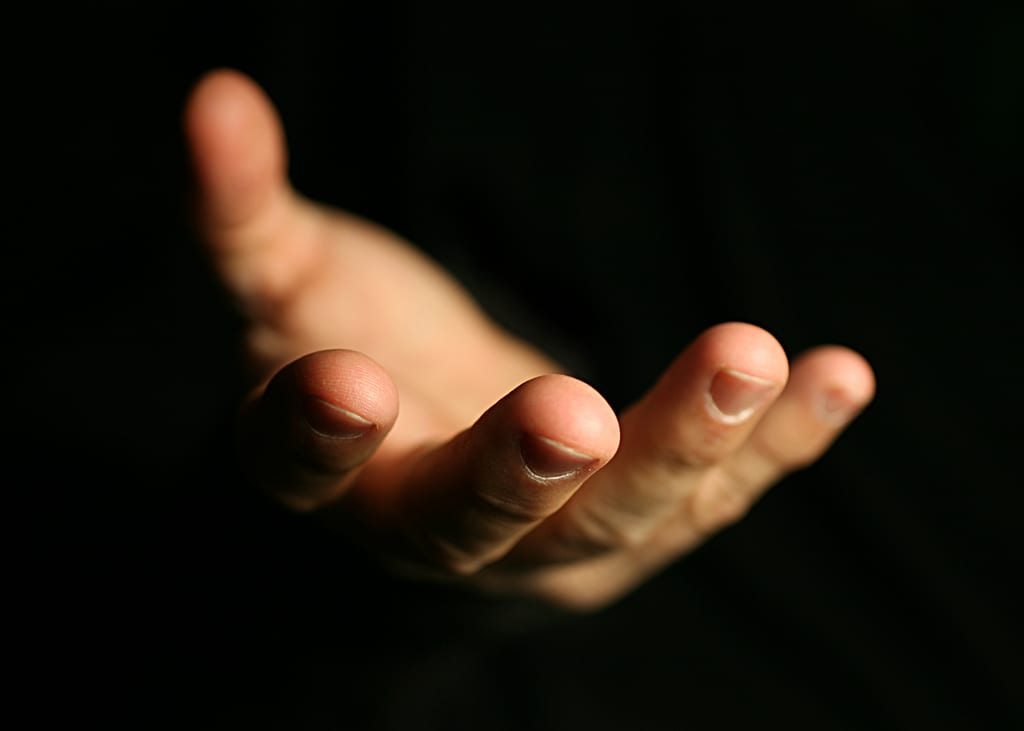 A common trend in anti-Millennial stereotypes is that the generation is lazy and entitled. That millennials aren’t willing to make the sacrifices that those generations before them have made, as they put leisure and happiness first and expect the world to owe them a living. Whilst every generation has their own percentage of non-conformers, millennials are in reality no different to baby-boomers and Gen-X’ers when questioning the previous generation. As written by Marla Tabaka, boomers dodged the draft and protested against the Government when their fathers had fought in World War Two. Millennials seek jobs that they love and avoid soul-destroying work by simply not doing it. Studies have shown that 51 percent of millennials own or plan to own their own business and this shows that Millennials are leaving behind the previous notion of employment and breaking down barriers set by previous generations. In 2019, it is actually possible to get paid doing whatever it is you love, whilst this may be a painful truth for older generations to swallow (when they have worked hard and made honourable sacrifice) it is a reflection of a world that has changed dramatically.[6]

4 They Are Disloyal and Unfaithful 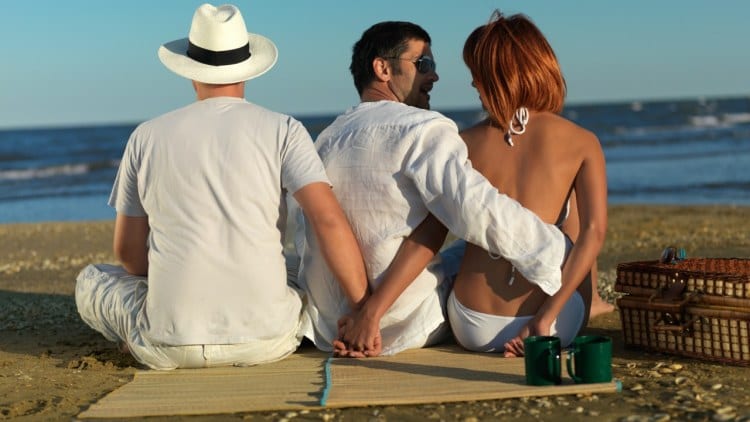 Often Millennials are cited as being disloyal or unfaithful and that less are marrying than previous generations. Whilst it is truly too early to tell if the divorce rate of millennials will be as high as baby-boomers (‘grey’ divorce has doubled in the past twenty years), it is interesting to look at trends amongst Millennial marriage. Between 2008 and 2016, the overall divorce rate fell by 18% in the U.S., the University of Maryland found. In addition to this, the study found that millennials are ‘increasingly selective [in] their nature of marriage’ and due to economic pressure, Millennials are no longer marrying as early as previous generations. Due to this, couples are essentially waiting to truly find out if they are marrying the right person, rather than marrying young and finding out mid-life that this was essentially a mistake. Time will tell truly if Millennials divorce rates soar as high as baby-boomers, but at the current rate it seems Millennials may be following a similar (or even better) trend than previous generations.[7]

3 They Have Bad Social Skills 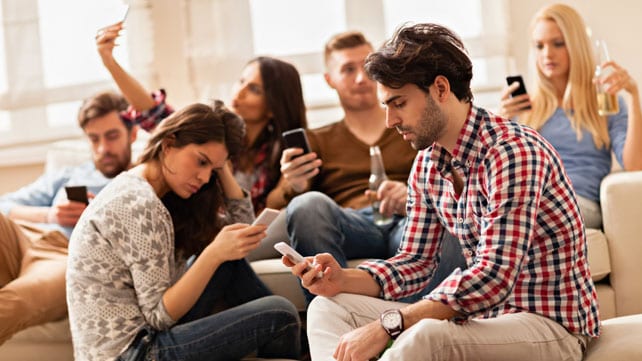 Often Millennials are said to be the generation that have grown up and lack certain ‘soft’ skills such as dealing with confrontation or conflict, public speaking or having difficult conversations. Whilst this may be partly true, it has also been true of previous generations, according to The Work Institute, where previous generations ‘young workers have had challenges related to soft skills’ and that the Millennial generation has been stereotyped ‘without any real empirical research’. Other studies have shown younger Millennials, aged between 18-25, have more time to socialise and are more socially connected than their older Millennial peers. This is largely down to the fact full time employment and partnering up makes socialising more challenging. What complicates the picture slightly is the fact ‘socialising’ and ‘alcohol’ can often be looked at together and overall Millennials appear to drink less than previous generations. Or at least they seem to keep their drinking at home more than out at bars or clubs. Whilst studies have shown a decrease in going out to drink, this is because Millennials have cited a more meaningful social situation is derived from staying indoors, and this may be why Millennials are incorrectly seen to be anti-social.[8] 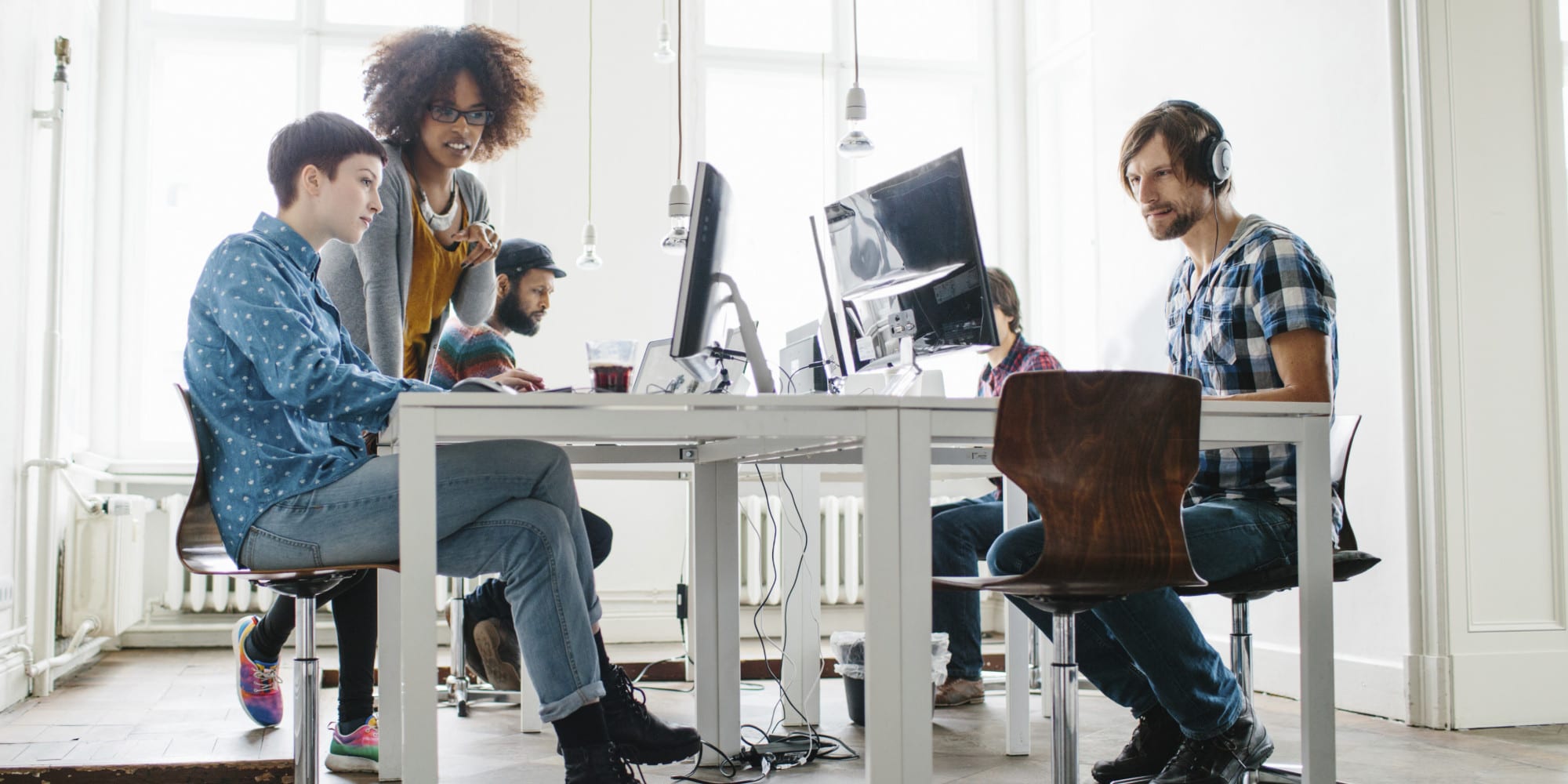 Millennials often are said to be on the move. Data has shown that only 50% of Millennials, against 60% Baby-boomers, see themselves in their current role in the next year. However this does not tell the full story, as studies have shown Millennials know they must pay their dues prior to receiving a promotion and that only 10% of Millennials feel underemployed. Pew Research has performed a study which looks in detail at the differing age ranges of Millennials (i.e. younger vs older Millennials) and according to the research, the percentage of 18-35 year olds who stayed in their current job for 13 months or more was 63.4 for Millennials against 59.9% of Generation Xers in 2000. Further to this, with companies increasingly paying more to external hires than devoted employees, blaming Millennials for leaving may be unfair, writes one article. Companies need to ‘adjust their engagement and retention strategies accordingly’ otherwise they risk losing Generation Xer’s, Millennials and the younger Generation Z employees.[9]

1 They Are The Most Scrutinized Generation Ever 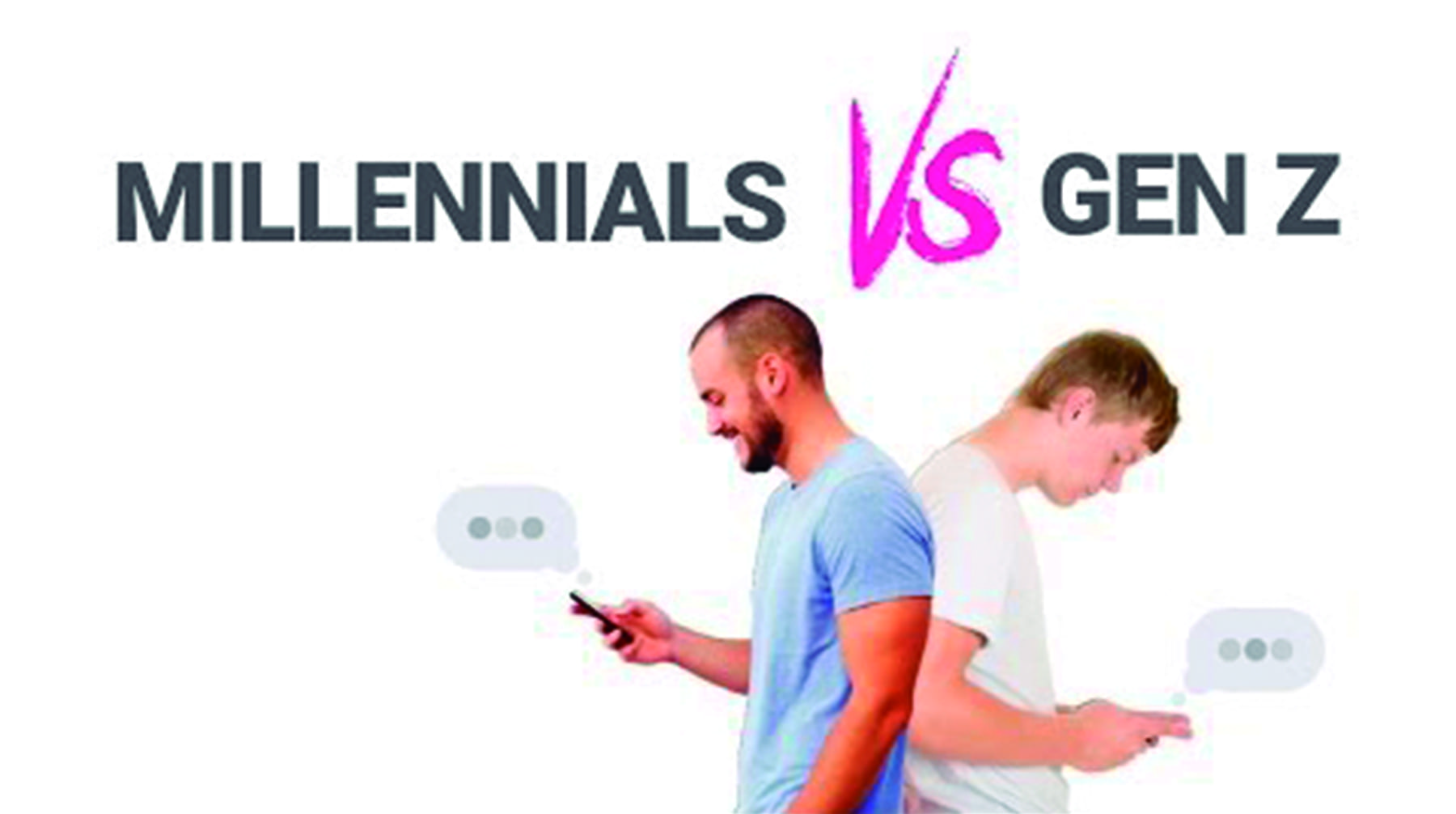 Many articles online or in newspapers will refer to Millennials as the ‘most scrutinized generation’ ever due to the constant stereotyping attention that they receive. Be it eating habits, or killing off industries, Millennials are often the subject of debate in online circles. However they are slowly being replaced by an even more curious generation. Generation Z, the generation which is said to be anyone born from 1995 onwards, is the first generation to grow up in the smartphone era. They have different habits to Millennials and need further scrutiny in order to be understood as they begin to hit the workforce. According to sources, Generation Z spending online was $200 billion in 2018, with this set to rise in future years.They also effect the spending habits of their Boomer or Generation X parents, so the increasing importance and scrutiny of this generation is set to rise above the Millennial generation.[10]


For more fun lists on millennials, check out Top 10 Patron Saints For Millennials, and 10 Reasons It Still Sucks To Be A Millennial.