Movies like 12 Years a Slave give us a good idea of what the desperate escape to freedom must have been like for many African-American slaves. But the following accounts are equally as captivating. Such fine examples of luck, trickery, and pure dogged determination deserve to be noticed. 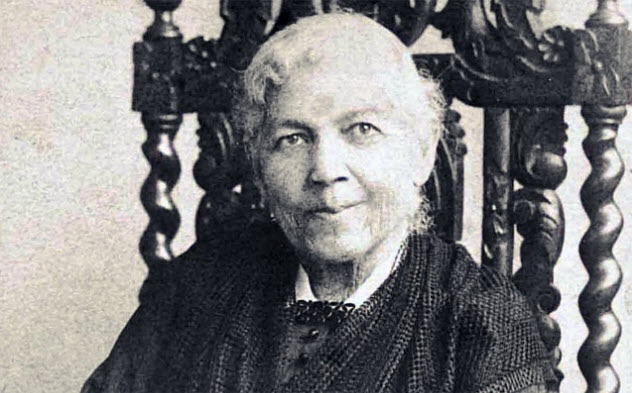 Born in 1813, Harriet Jacobs was frequently the victim of brutal sexual assaults from her master, James Norcom. Even when Jacobs took a lover and had two children with him, Norcom’s sexual advances continued. Finally, it got to be more than she could bear. In 1835, she went to hide with friends.

Jacobs knew the odds were slim that she’d make it to the North, so she hid in a cramped crawl space in her grandmother’s attic on the North Carolina plantation. Barely big enough to accommodate Jacobs, the space was infested with rats. Nonetheless, she lived there for the next seven years.

In 1842, she escaped the plantation by boat to Philadelphia. Upon arriving, she was taken in by members of the Philadelphia Vigilant Committee. She later wrote about her life and trials in the memoir Incidents in the Life of a Slave Girl. 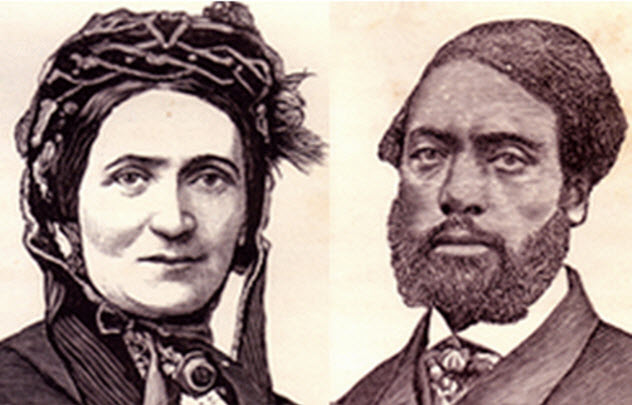 Few slaves made such daring escape attempts as William Craft and his wife, Ellen. Married in 1846 in Macon, Georgia, the two were owned by separate masters. Ellen was the daughter of a white slaveholder and his black female slave.

Frightened of being separated, William and Ellen hatched a plan to pose as a slave and his white owner. There was one problem, though. It was unacceptable for a white woman to travel alone with a male slave. So they decided that Ellen would disguise herself as a white man.

In December 1848, they spent several days traveling by rail and steamer to the North, staying in expensive hotels among other whites to keep their cover. Ellen disguised her feminine face in bandages. The two finally arrived in Philadelphia on Christmas Day 1848. They went on to live in England, where they raised a family and wrote an account of their escape. 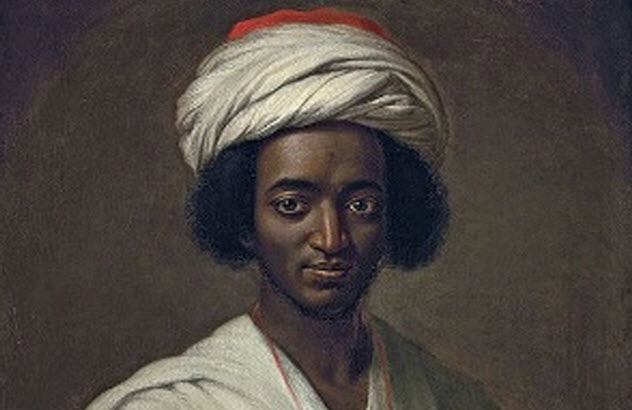 Ayuba Suleiman Jallo (aka Job ben Solomon) came from a family of prominent Muslim leaders in Senegal. In 1730, he and his translator were captured by an invading tribe and sold as slaves by the Royal African Company (RAC). Ultimately, Jallo was sold to the owner of a tobacco plantation in Annapolis, Maryland.

While attempting to escape, Jallo was captured and imprisoned. Reverend Thomas Bluett began communicating with Jallo in prison using hand gestures. Bluett was surprised to discover that Jallo was a Muslim and that he could write in Arabic.

After being returned to his master, Jallo penned a letter in Arabic to his family back home. It ended up on the desk of RAC director James Oglethorpe, who had sold Jallo into slavery initially. An emotionally moved Oglethorpe had the RAC purchase Jallo’s freedom.

In 1734, Jallo returned to Senegal. He continued to press for the release of his interpreter, who was freed and returned to Africa in 1738. 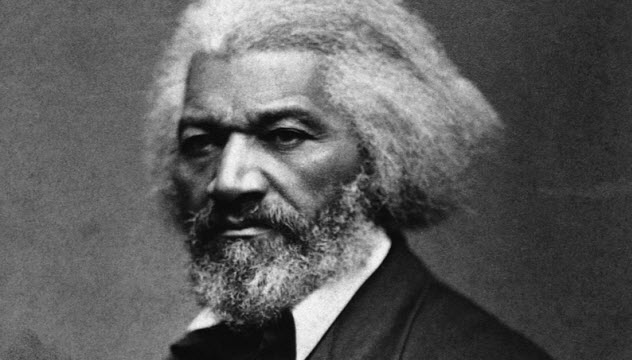 Frederick Douglass, the famed abolitionist, craved freedom from a young age. In 1833, at age 20, he became engaged to a free black woman named Anna Murray. Taking the opportunity to finally find freedom, he fled his station as a ship caulker in Baltimore.

Disguised as a soldier, Douglass boarded a train for the North and traveled with a free sailor’s protection pass that a friend had given him. Although the person pictured on the pass looked nothing like Douglass, the conductor only gave it a cursory glance.

Douglass had more close calls on his way north. But he finally arrived in New York and stayed with an abolitionist, where he later met up with Murray and moved to Bedford, Massachusetts. Douglass had the status of fugitive slave until 1846 when antislavery activists helped him to purchase his own freedom. 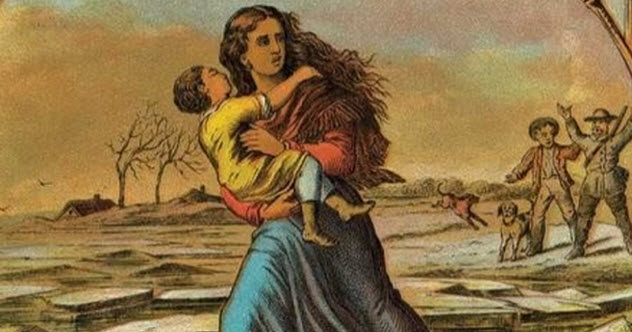 Eliza Harris’s story is so captivating that author Harriet Beecher Stowe included Eliza as a character in her famous novel, Uncle Tom’s Cabin.

When her master intended to sell her only surviving child, Eliza escaped with the toddler to the Ohio River. Unfortunately, the surface of the frozen river was broken into unnavigable chunks of ice. She waited out the day in a nearby house, but the ice continued to break into smaller pieces. That night, she heard her pursuers approaching.

Eliza bolted from the house, determined to escape or drown. At times, a chunk of ice would sink beneath her and she would be waist-deep in the freezing water. She’d push her child onto the next chunk of ice. Then she’d pull herself onto it.

Breathless and half-frozen, Eliza continued her desperate plight until she reached the other side of the river. There, a man directed her to a house where she could rest. Then Eliza was sent to a station of the Underground Railroad. 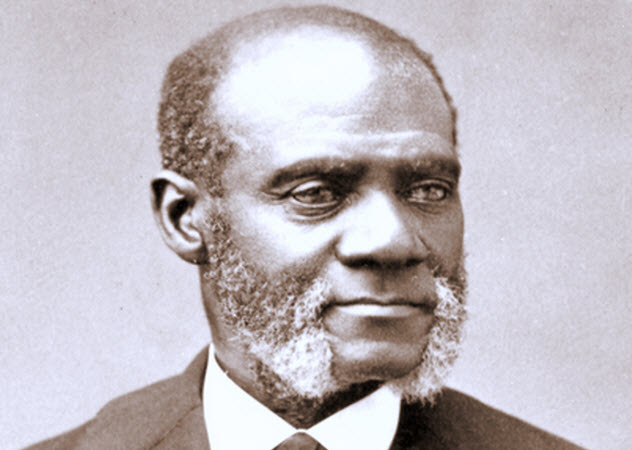 Henry Highland Garnet’s 11-member family ran away from their master’s plantation when he was just nine years old. His father had gotten permission for them to attend a family funeral, but they didn’t intend to return.

They all made a risky, 160-kilometer (100 mi) trek by foot and carriage to Delaware. In Wilmington, the family split up. Henry and his mother, father, and sister continued on to Long Island. They changed their name from Trusty to Garnet, and Garnet would grow up to be a central figure in black education and spirituality. 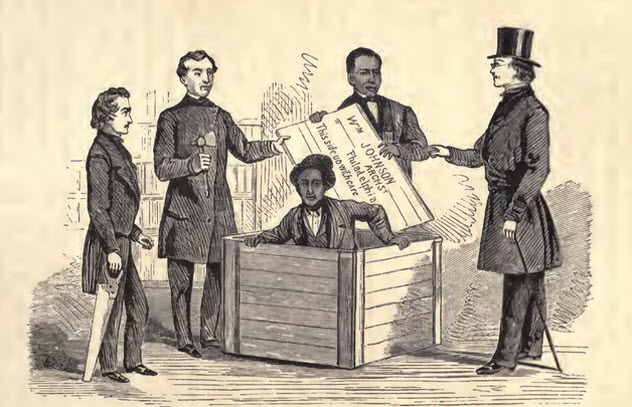 Henry Brown was a slave born and raised in Virginia. After seeing his wife and children sold to an owner in a different state, a devastated Brown became determined to escape slavery. He came up with a daring plan to ship himself in a wooden crate to Philadelphia. He did it with the help of a freed slave and a white shopkeeper.

On March 3, 1849, Brown squeezed him into a small wooden crate labeled “Dry Goods.” After a harrowing, 27-hour journey, Brown arrived at the Philadelphia home of abolitionist James McKim.

However, less than a year later, Brown was forced to flee to England after the passage of the Fugitive Slave Act of 1850. He returned in 1875 after starting a new family. 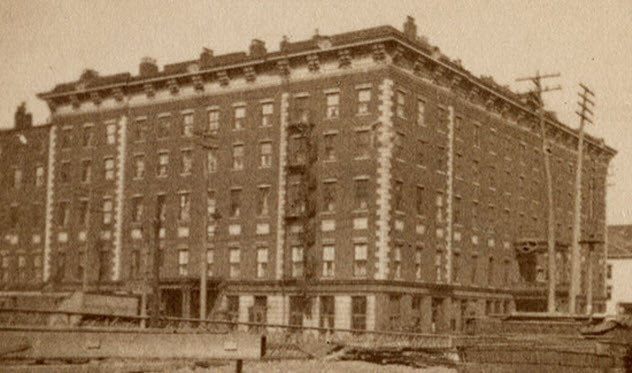 The escape of the unidentified Drennen slave girl is notable because of how ridiculously simple it was. One day in 1850, businessman John Drennen, his wife, and their 14-year-old slave girl checked into the Monongahela House—a lavish hotel in Pittsburgh, Pennsylvania—after a long, difficult trip from the South.

After dressing her mistress for dinner, the slave girl was helped by the black house staff to carry a trunk full of damaged and dirty clothing to be washed and mended. She was fascinated by these blacks because they were paid employees of the hotel and not slaves.

At some point, the girl simply walked out the back door of the hotel and was never seen by her masters again. She was no doubt motivated by the black service people of the hotel as Monongahela House served as the seat of much secret antislavery activity. 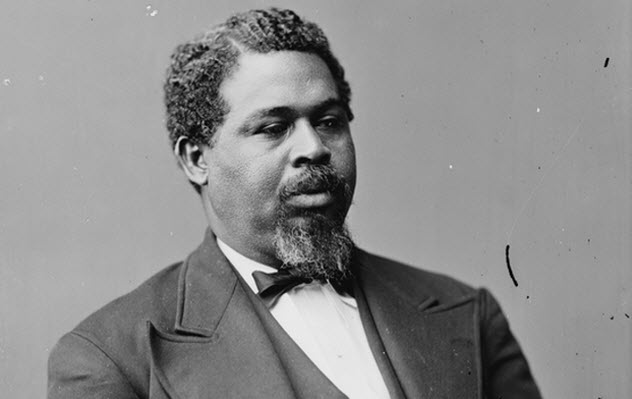 Early in the morning of May 13, 1862, Robert Smalls and some shipmates hijacked the steamship CSS Planter in Charleston, North Carolina, while their white crewmates were ashore. The slaves picked up their families at a rendezvous point and then sailed into the Charleston Harbor with Smalls disguised in the captain’s coat and hat.

His thorough sailing knowledge helped to get the ship safely passed Fort Sumter. Once out of firing range, he sprinted for the Union blockade, which was established to keep the Southern states from trading or importing war items.

At the blockade, Smalls and his crew hoisted the white surrender flag for the first US Navy ship they encountered. They were hailed as heroes in the North, and their story was held up as an example that blacks could make good soldiers. 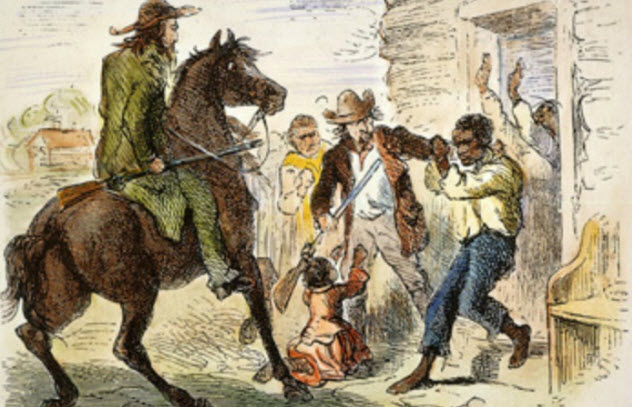 When Lewis Williams was a boy, his family escaped slavery in Kentucky and made their way to the antislavery stronghold of Cincinnati. In his early twenties, Williams was tricked by a fortune-teller into revealing details about his escape.

She used this information to contact his old master and turn Williams in for a reward. After the slaveholder traveled to Ohio, Williams was put on trial to be extradited back to Kentucky. His story would have ended there if not for the crafty heroics of Reverend William Troy, the leader of the black community in Cincinnati.

Troy knew a guy who surprisingly resembled Williams. On the day of the trial, Troy took a crowd of supporters to the courthouse. While everyone was distracted by a dramatic argument, Williams and his body double quickly switched places. Williams then stealthily crawled out the door on his hands and knees and eventually escaped to Canada.