On August 4, 1892, Andrew and his wife Abby Borden were found “hacked beyond almost beyond recognition” inside their home in Fall River, Massachusetts. Before long, and despite possible evidence pointing to other people, Lizzie Borden was arrested and tried in court. Even though she was found not guilty, she spent the rest of her life carrying the stigma of her parents’ deaths.

10A Maid Was In The House During The Murders 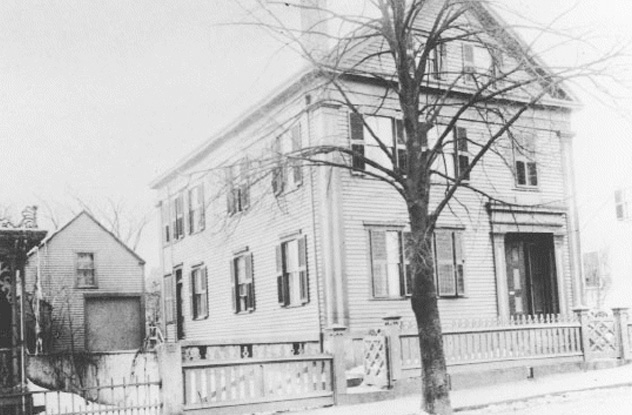 Andrew Borden was found on the first floor, in the sitting room. There was a huge gash in his left temple that was possibly made when the dull side of the axe was pounded into his head. Lizzie’s stepmother was found upstairs on the floor between a bed and dressing case.

Lizzie said she was out back in the barn when she heard a thump and a groan. She ran into the house and saw her father’s body. She then called up to the maid, who was washing windows on the third floor. The maid never heard the murders take place but in later testimony claimed to have heard Lizzie laughing as she was supposedly murdering the two.

The maid was never investigated for the murders.

9Andrew Borden Had Many Enemies 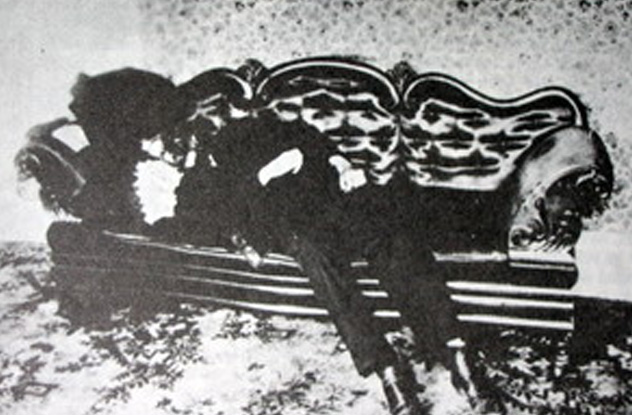 Lizzie Borden’s father was a wealthy businessman but had made his wealth by being a shrewd cheapskate. Understanding that her father had enemies, Lizzie made comments before his death that she feared someone would harm him because “he is so discourteous to people.”

A Portuguese man was in the home right before the murders, a former worker of Borden’s, but he was never identified. According to rumor, another man had visited Mr. Borden one night about renting a store front, and they discussed questionable dealings. And six years after the murders, a retired sea captain claimed to a friend that he knew who murdered the Bordens. Mr. Borden had “caused the imprisonment of some sailors, who had sworn revenge though it took a lifetime and they swung for it.” Further investigation into this claim found that it would have been impossible for those men to have committed the murders. 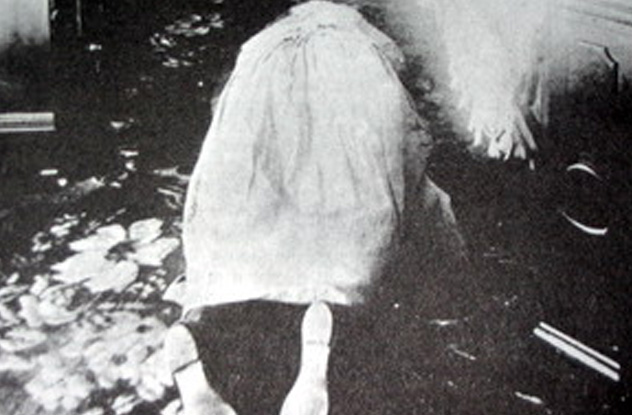 When police arrived, there was no blood spatter on either Lizzie or the maid. As a newspaper article stated in 1922: “It was shown that it would have been impossible for her to have killed her step-mother, changed her blood-splattered clothes [clothes that were not found when police searched the house after the murders], returned to the first floor where she talked to Bridget Sullivan [the maid] for half an hour, and then to have gone upstairs, killed her father and again changed her clothes before giving the alarm, to say nothing of disposing of the weapon which she had used.”

Even if Lizzie had committed the murders in the nude, she would have still needed the time to clean up and get redressed before the neighbor showed up and called for the police.

7Lizzie Did Have Friends Before The Trial 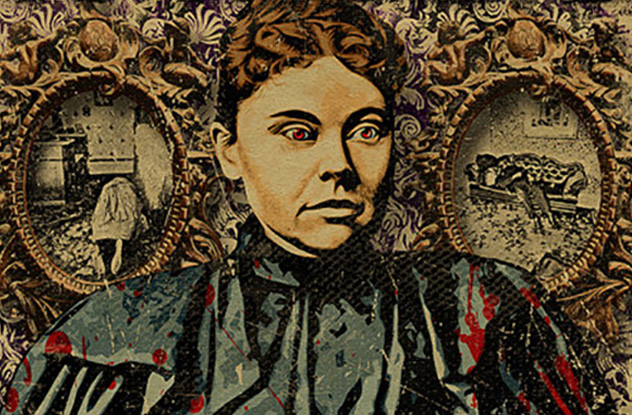 Lizzie Borden is sometimes portrayed in the movies as a psychotic oddball with an extreme, vindictive nature, but before the murder trial, she did have friends, who were loyal to her—until after the trial.

After the not guilty verdict was announced, there was “much rejoicing among the crowd in the courtroom.” Then, being in a small town with small, jealous-minded people, those once-loyal friends were probably pressured to distance themselves from Lizzie. She was inheriting a large amount of wealth, was the daughter of a presumably hated wealthy man, and people like to lash out in their jealousy.

Before the murders, Lizzie was a respected member of the Congregational church. She was known to have done charity work and taught Sunday school. After the murders and the trial, she returned to her church. While there, no one would sit next to her. Since the courts would not punish her because of the lack of solid evidence, the people of Fall River decided to shun her for life.

6Her Sister Also Inherited The Money 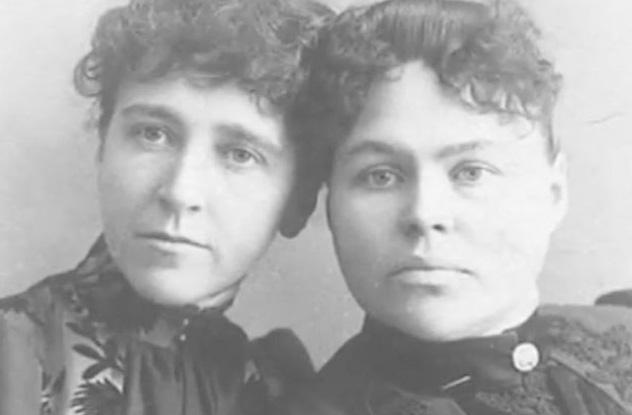 Emma Borden, Lizzie’s older sister, was often described as “prim, confident, apparently reliable in every fiber.” She was also conveniently away while the murders took place and had just as much motive to see her father and stepmother dead, if the rumors were correct about their father’s cheapness.

At Lizzie’s trial, Emma gave testimony for her sister, stating “that although Lizzie and the stepmother had not been on good terms at one time, they were friendly for two years before the time of the murders.” After the acquittal, the sisters inherited the fortune, and soon afterward, they bought an exquisite home in Fall River.

5The Actual Weapon Was Never Identified 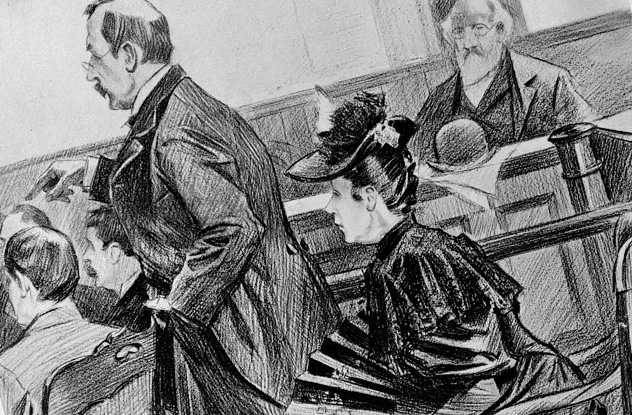 The gruesome murders happened on a Thursday. On Friday, it was reported that “there was found in the cellar of the Borden house a bundle of rags. They were smeared with blood as though an axe had been wiped on them.” Okay, but where was the murder weapon?

Dr. Wood testified that there were no traces of blood found on the axes that were inside the home. This leads one to assume that the actual murder weapon was never discovered unless you believe that Lizzie also had the time to chemically clean and scrub down the weapon, along with everything else she would have to do to pull off the perfect murder.

4A Reward Was Set Up 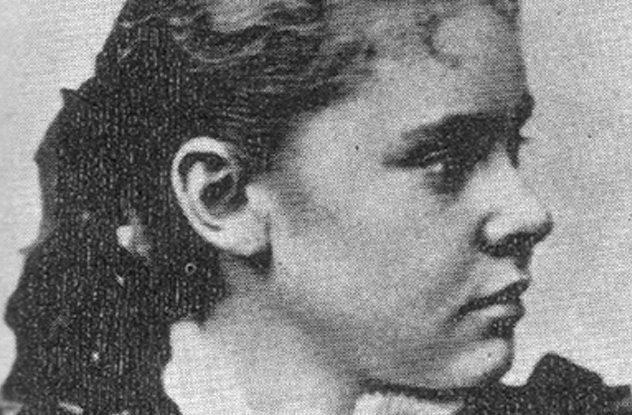 The sisters set up a reward of $5,000 for the arrest and conviction of their parents’ murderer. Setting up a reward is normal behavior for anyone who has lost a family member to an unsolved crime. All the reports were followed up, but the murderer was not discovered. Of course, none of it really mattered because the maid, Bridget Sullivan, may have already been coached on how to pin the guilt on Lizzie.

At the inquest, the maid “swore that her young mistress had burned a certain blue calico dress with white spots.” It was assumed that this was the dress that Lizzie wore during the axing. Lizzie Borden was arrested after this admission at the inquest. 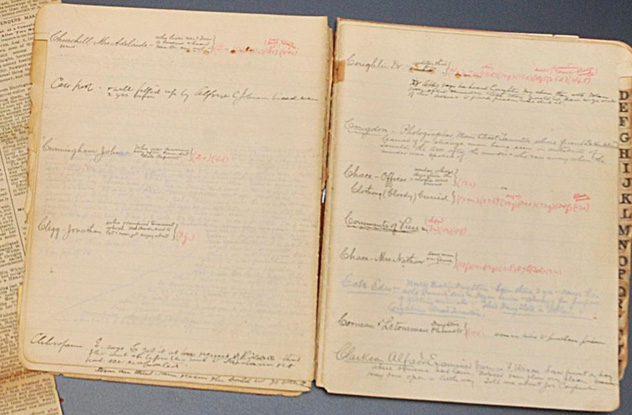 The journals of Lizzie’s lawyer were discovered in 2012. While newspaper articles were describing her as cold, the journals show that Lizzie grieved terribly for the loss of her father. The journals also give accounts from neighbors and family friends that the father provided more for the daughters than many other fathers of the time.

The long lost glimpse into lives of the Bordens is completely unlike anything you normally hear in the old reports. Back then, gossip was published as fact, and anyone could say just about anything about someone else without repercussion.

2Condemned By The Public 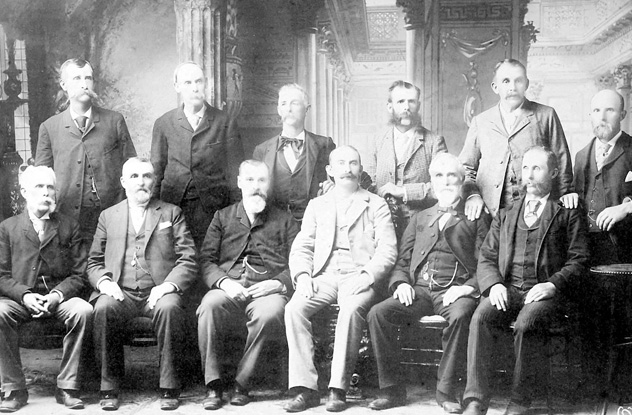 Even though she was found not guilty of the charge of murder, Lizzie was condemned by the public for the rest of her life. No one in Fall River would acknowledge her, let alone make eye contact with her. No friends would call upon her. She was completely isolated and shunned.

One of the things that really seemed to bother her neighbors was her wealth. After her trial, Lizzie lived it up. She flaunted her wealth with her and her sister’s new home, new carriage, and beautiful horses. Her sudden wealth left a bad taste in their mouths. Newspaper articles obsessed over her purchases and her grand home.

1Money Was Not A Good Motive 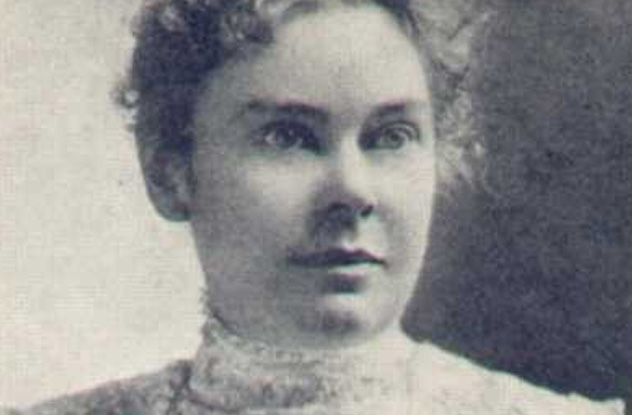 Lizzie really didn’t need the money. Before the murders, Lizzie had $1,000 in the bank—a sizable amount for the late 1800s. She also owned a house and collected rent off of it. She owned corporation stock and received $2 a week from her father as pocket money.

There were no accounts of any debts owed by Lizzie Borden. Money could not have been a major motive, as suggested by the prosecutor, for killing her father. 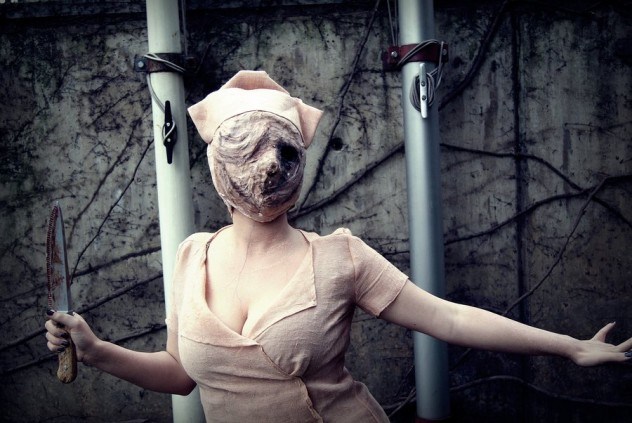 While Lizzie didn’t do it, many other horrifying murders were committed by women. Here are some more fascinating lists on murder and mayhem involving the fairer sex.

Elizabeth spends most of her time surrounded by dusty, smelly, old books in a room she refers to as her personal nirvana. She’s been writing since 1997 and enjoys traveling to historical places.

10 Attempts To Blame Murder On Music