More and more nations are hopping on the burqa ban bandwagon. Whether it’s the conservative niqab, the more severe burqa, or even the less concealing hijab, a number of governments are insisting that the religious clothing leaves them too vulnerable to the encroaching threat of terrorism. Although they claim that the ban is meant to combat extremism, some nations seem to be going to extreme lengths themselves in order to enforce these restrictions. 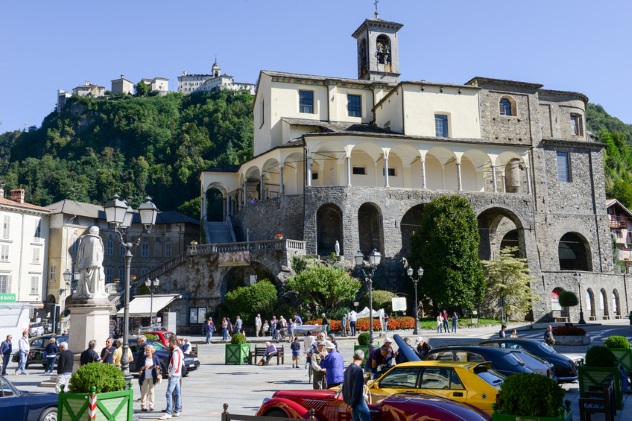 In the Northern Italian city of Varallo Sesia, the anti-immigration mayor has put his foot down and forbidden Muslim women from wearing the “burqini,” a type of swimsuit that covers the entire body, leaving only the feet, hands, and face exposed. If caught wearing the garb at any public swimming space, the offender can be fined up to €500.

According to the mayor, “The sight of a ‘masked woman’ could disturb small children, not to mention problems of hygiene.” He went on to state that he doesn’t feel it’s necessary to be tolerant at all times. He argued that if a Western woman were to wear a bikini in a Muslim country, the consequences would be severe. The mayor belongs to the Northern League, a party known for its support of anti-Muslim legislation. 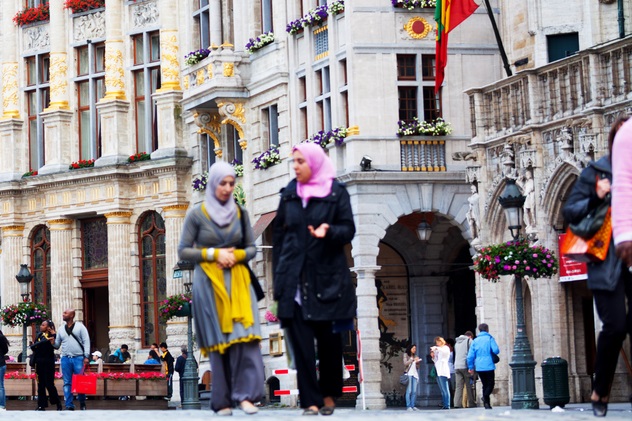 Burqas have been banned in Belgium since 2011, well before the tragic March 2016 terrorist attack. Penalties include a fine and up to seven days in jail. The law forbids the wearing of the burqa and face veil in public spaces.

In 2014, a Brussels diplomat removed the veil of a Qatari princess by force. The princess and her female companion approached the diplomat, asking him for directions to a famous monument in the city. He then removed the women’s face veil, stating that he refused to speak to anyone with a concealed face and that he could barely hear her beneath the covering.

To add insult to injury, officials still fined the princess for violating the burqa ban. 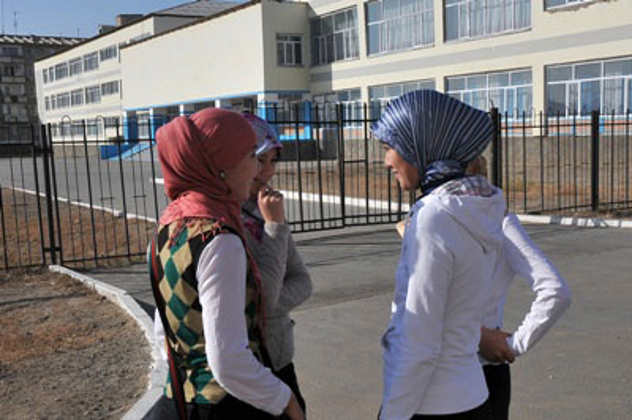 In Russia, local authorities have forbidden students wearing hijabs from attending public schools in the Stavropol region. Russia has a large Muslim population, and Vladimir Putin has made moves during his presidency to curb separatist violence by giving subsidies and a level of autonomy to regions with Muslim majorities. However, such decisions have led to a great deal of resentment from non-Muslims living in those regions. Stavropol is one such zone.

There are around 2.7 million people living in Stavropol, and officially, only 10 percent are Muslims, though the actual number is thought to be much higher. A teacher in Stavropol was thought of as a local hero when she refused entry into her classroom to any girls wearing a hijab. 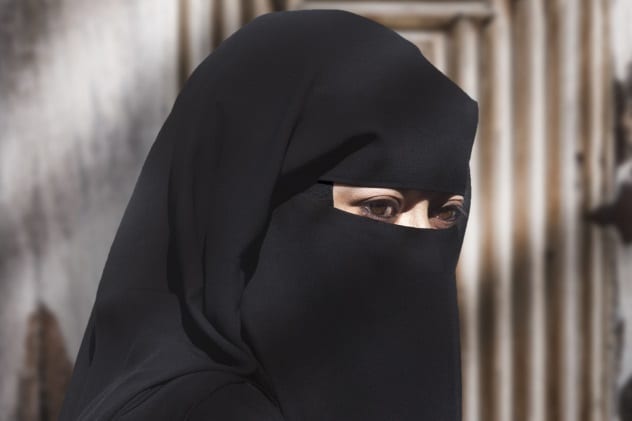 The Netherlands hasn’t implemented a full ban on Islamic dress yet, but they’re well on their way. The Dutch cabinet has passed a partial ban on face veils, which extends to public areas such as schools, public transport, and hospitals. The prime minister explained to journalists that the ban isn’t meant to be discriminatory and doesn’t extend to all public spaces. The number of women who wear face veils in the country is quite small, at less than 500. However, the partial ban comes with a very heavy fine of €405.

The Dutch government argues that the ban is justifiable in certain settings, where eye contact and facial recognition is a matter of security. One incident in particular that comes to the minds of lawmakers is the 2013 kidnapping of a five-year-old girl from school by a woman wearing a niqab. (This happened in the US.) The woman posed as the student’s mother, using the niqab to conceal her identity. The actual mother wears a burqa each day, so the child and school staff didn’t immediately realize that the kidnapper wasn’t her mother.

Some Dutch citizens and political representatives even feel that the ban is too lenient and refer to the burqa as a “walking coffin” that “demeans the dignity” of the women wearing it. 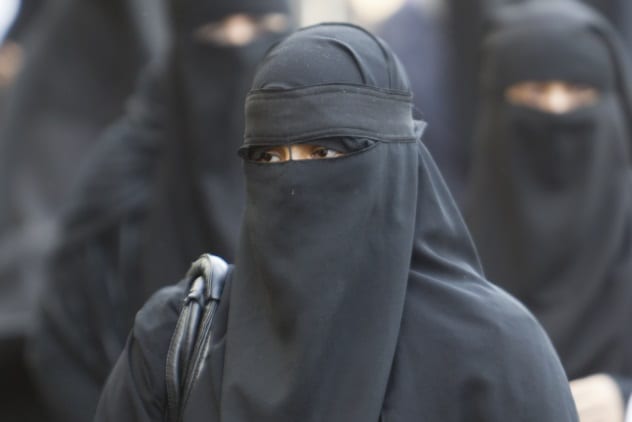 Following two suicide bombings in Cameroon in July 2015, which killed 13 people, the government in the Far North region decided to ban women from wearing full-face veils. Two women in Fotokol, a town with a mainly Muslim population, carried out the bombings. Cameroon borders Nigeria, where the terrorist group Boko Haram is based, and it has suffered many attacks as a result. The governor in the Far North has also banned Muslims from gathering in large groups without permission.

Muslims are considered a minority in Cameroon, but they’re the majority where the ban has been put into place. The ban has received a great deal of support from other African nations, many of which have a predominantly Muslim population. As suicide bombings become more and more frequent in the area, especially those carried out by women, the burqa ban is beginning to be adopted by several other African countries. 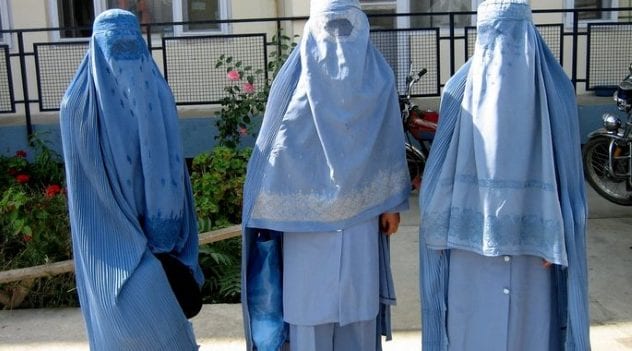 Photo via The Commentator

The Catalan city of Reus sits about 80 kilometers (50 mi) west of Barcelona. Local authorities passed a law in 2014 banning both the burqa and the niqab. However, the Spanish Supreme Court ruled the ban unenforceable by fine because of Spain’s statutes on religious freedom. That certainly hasn’t stopped Reus from trying hard to keep the burqa ban alive, however. Other towns and cities in Catalonia are trying to keep the Islamic garments out of public places as well. Conservative politicians seem bent on capitalizing on the rising Islamophobia gripping the EU.

When the law was first proposed in 2013, Catalonia’s interior minister stated that the ban wasn’t meant to be an attack on Islam. He insisted that the law would also extend to people wearing any type of full-face covering, including helmets or face masks. As of 2015, conservative politicians in the area have been attempting to place even more restrictions on Muslims, limiting the number of Islamic-owned businesses in order to protect “traditional Spanish businesses.” 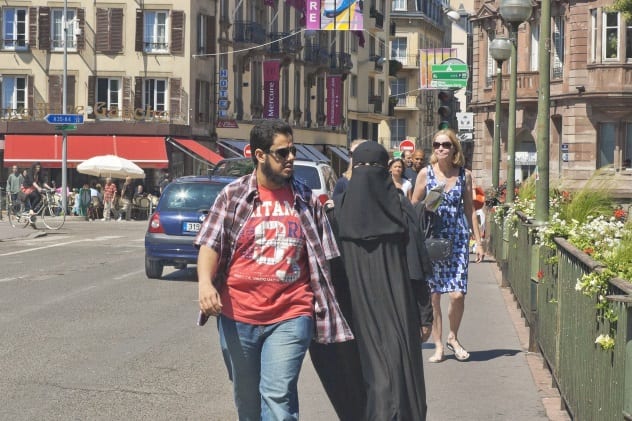 France banned burqas in 2011 and was the first European nation to do so. Many in favor of the law support it because they believe that burqas go against France’s principle of living together, known as vivre ensemble.

Not everyone agrees. Many French believe that the law has only increased division and has thus increased violence by Islamic terrorists. France currently has the largest number of Muslims in all of Western Europe, approximately five million. However, the burqa is not a common sight in France, with less than 2,000 Islamic women actually donning the full outfit.

Nevertheless, between April 2011 and October 2015, the French police made over 1,600 stops and gave out over 1,500 fines to nearly 1,000 women for violating the ban. Many of the women who have been fined are repeat “offenders.” It’s reported that one woman has been fined over 30 times. 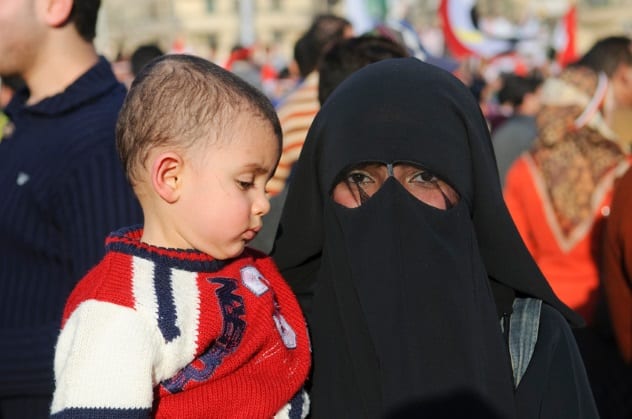 The government of Egypt, a predominantly Muslim country, is drafting a proposal to ban niqabs and burqas in public spaces. According to some academics—who are helping to draft the bill—the Islamic veil is not actually mandated by the Quran, which calls for women to dress modestly and cover their hair but does not dictate the wearing of a niqab or burqa. Opponents of the veil also suggest that women wearing niqabs in public could become targets of violence.

In February 2016, Cairo University banned doctors and nurses from wearing the veil in medical schools and teaching hospitals. The university released a statement explaining that the rule applies to medical staff during working hours and is intended to “protect patients’ rights and interests.”

The university banned professors and researchers from wearing niqabs inside classrooms in October 2015. The head of Cairo University was supposedly receiving complaints about the level of communication and quality of education delivered by female staff members wearing the full-face veil. 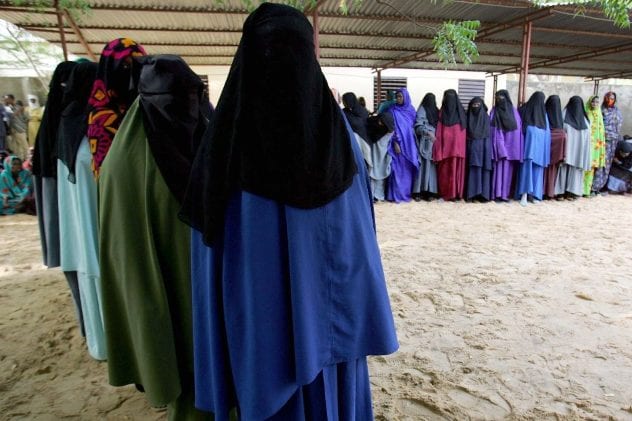 In June 2015, a suicide bombing was carried out in Chad by Boko Haram, killing over 34 people. The attackers wore burqas in order to conceal their explosives from view. The Chadian government decided to outlaw the wearing of full Islamic face veils—even in private. The prime minister stated that any veils found for purchase in shops would be rounded up and burned. Chad is predominantly Muslim, meaning that many people have been greatly affected by the ban.

Following the attack, Chad began a series of airstrikes in Nigeria, where Boko Haram is based. Military officers began storming retail shops in Chad in order to remove all Islamic clothing. Local religious leaders were also asked to explain to their congregants why the garments were being outlawed. Although the reasoning for the ban is to combat extremism, the reality is that many individuals wear loose-fitting garments that fully cover their skin in order to protect themselves from the strong sun in the region. 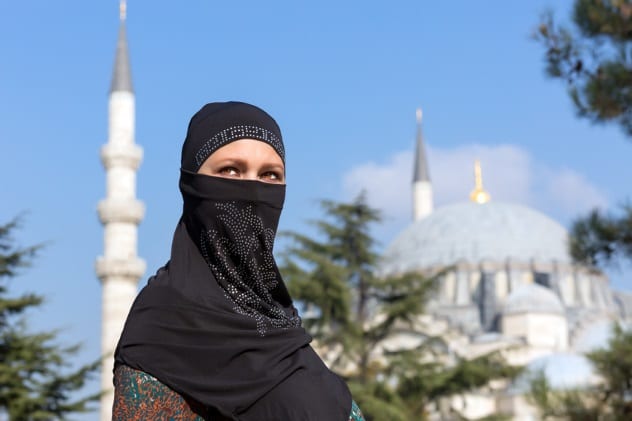 It may be surprising to learn that Syria has had a partial ban on burqas and niqabs since 2010. The ban is enforced in Syrian universities and forbids women from wearing full-face veils while on campus, since veils don’t represent the secular values of universities in the country. The government has not outlawed the hijab but feels that full-face coverage is a symbol of Islamic extremism. After the law was put in place, several hundred teachers were removed from their classrooms and reassigned to work in different positions.

Conversely, in ISIS-controlled parts of Syria, women are forced to wear the niqab and are subject to horrors beyond measure. Religious police are cracking down on dress and forcing many women to wear a double veil and even conceal their eyes behind a cloth covering. Areas that are still under the rule of a secular Syrian government exist, but they’re far smaller than they once were. 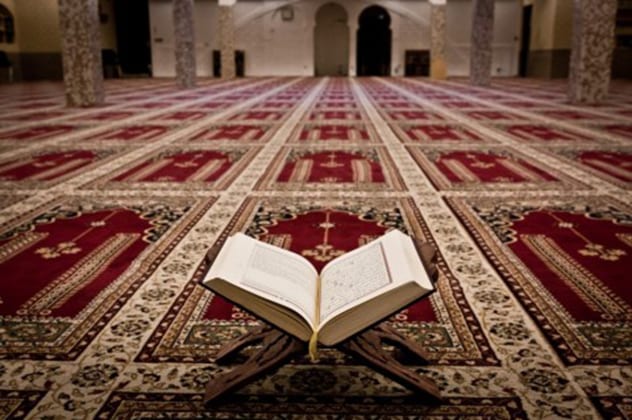 If you found this list interesting, you will probably also enjoy these previous lists on Islam and the Quran.

Lee is a freelance writer with an inquiring mind. Have a question? Send an email if you wish to [email protected].