With no centralized Islamic religious authority like a Pope or Dalai Lama, pretty much any Muslim “scholar” can create a fatwa, a religious edict for modern life supposedly guided by the Koran or the (less authoritative) hadiths- stories from Muhammad’s life. In recent years, supply has far outstripped demand, and it’s getting laughable. Most fatwas are harmless and a little mundane, but lately, some Islamic jurists have gone straight crazy.

SEE ALSO: Top 10 People Who Give Islam a Bad Name 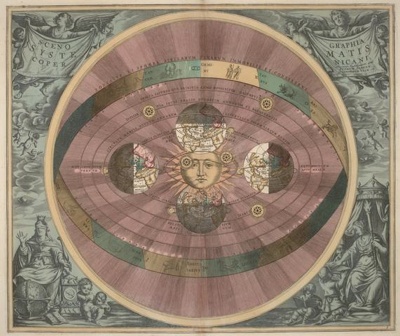 The Fatwa: Grand Mufti Sheikh Ibn Baaz: The Sun Revolves Around the Earth

In a 2000 Fatwa titled “The Transmitted and Sensory Proofs of the Rotation of the Sun and Stillness of the Earth”, Saudi Arabian Grand Mufti Sheikh Ibn Baaz asserted that the earth was flat and disk-like and that the sun revolved around it. He had insisted that satellite images to the contrary were nothing but a Western conspiracy against the Islamic world. 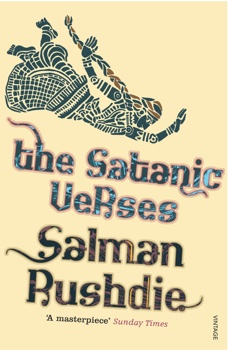 The Fatwa: Ayatollah Khomeini: Kill for A Book None of Us Can Should Read!

In 1988, publication of Salman Rushdie’s novel “The Satanic Verses” led Iranian revolutionary leader Ayatollah Khomeini to issue a fatwa against Rushdie, with a huge bounty for his death. This triggered several attacks on the novel’s translators, publishers and booksellers, including the murder of Japanese translator Hitoshi Igarashi. Millions of Muslims around the world who had never read a single line of the book, and who had never even met Rushdie before, wanted him dead. Interesting fact, 24% of Iranians at the time couldn’t even read. 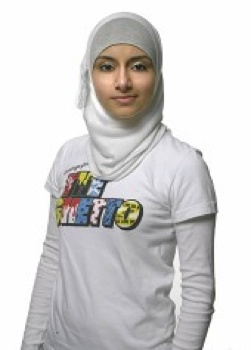 A University of Massachusetts study recently reported that girls who play sports have higher self esteem, and are less likely to enter (or remain in) abusive relationships. Could this fact have threatened the he-men at the Malaysia National Fatwa Council? Maybe. Perhaps that’s why Kuala Lumpur had a near riot on their hands when the Sisters in Islam marched against a Malaysian fatwa banning tomboys, which branded any girls who act un-ladylike as violating Islamic tenets. Fortunately, the as-yet undefined punishment for Malaysian girls in t-shirts and jeans hasn’t been incorporated into Sharia law yet. 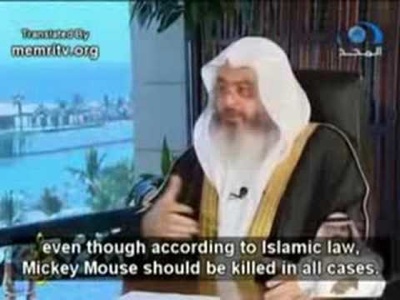 The Fatwa: Muhammad Al-Munajid: Bring Me the Head of Mickey Mouse

That’s right, somebody put on hit on Mickey Mouse. Calling Mickey “one of Satan’s soldiers,” Sheikh Muhammad Al-Munajid decreed that household mice and their cartoon cousins must be “killed in all cases”, according to the U.K.’s Daily Telegraph.

And get this—the guy’s not your average nutjob, either—Munajid used to be a former diplomat at the Saudi embassy in Washington D.C. He made the remarks on Arab television network al-Majd TV after he was asked to give Islam’s teaching on mice.

But don’t worry, Mickey won’t be alone. Munajid also put a hit on Jerry from “Tom and Jerry”. Maybe they could rent a flat with Salman Rushdie (above).

I can almost get behind this one. Sure, they’re annoying, but evil? Really? Well, to a Muslim forum looking to make a name for itself—yes.

According to Muslim Internet Forum Multaqa Ahl al Hadeeth, “Emoticons are forbidden because of its imitation to Allah’s creatures whether it is original or mixture or even deformed one and since the picture is the face and the face is what makes the real picture then emoticons which represent faces that express emotions then all that add up to make them Haram.” Additionally, “A woman should not use these images when speaking to a man who is not her mahram, because these faces are used to express how she is feeling, so it is as if she is smiling, laughing, acting shy and so on, and a woman should not do that with a non-mahram man. It is only permissible for a woman to speak to men in cases of necessity, so long as that is in a public chat room and not in private correspondence.” 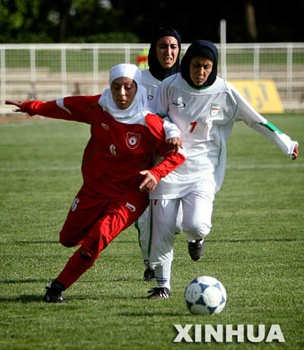 No, not even the beautiful game is safe from stupid fatwas. As part of a government drive to eliminate frivolous fatwas, the Saudi newspaper Al Watan lampooned one very real edict setting out new rules for football. Ridiculous demands included “do not play with 11 people like the heretics, Jews, and Christians”, and “play in your pyjamas or regular clothes (because) colored shorts and numbered T-shirts are not Muslim clothing”. Especially ridiculous is the edict to “remove the crossbar in order not to imitate the heretics and in order to be entirely distinct from the soccer system’s despotic international rules.” 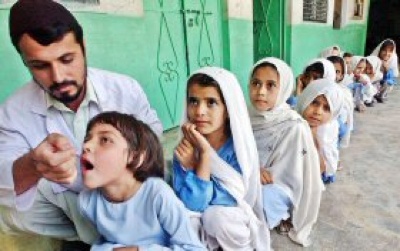 Polio is actually increasing in India, Nigeria, Afghanistan and Pakistan. Why? Because an anti-polio fatwa by anti-Western clerics forbid Pakistani children from immunizations, because the clerics are saying the vaccine is a conspiracy to make Muslims sterile. Ironically, it’s the clerics’ plans that would produce this result, as dead/paralytic kids don’t breed all that much.

The Fatwa: Rashad Hassan Khalil: No Nudity for Sex

In 2007, the former dean of Islamic law at al-Azhar University in Cairo issued a fatwa that nudity during sexual intercourse invalidates a marriage between husband and wife. Debate was immediate. Suad Saleh, head of the women’s department of Al-Azhar’s Islamic studies, pleaded for “anything that can bring spouses closer to each other” and Islamic scholar Abdel Muti concurred, saying “Nothing is prohibited during marital sex, except of course sodomy.”
For his part, Al-Azhar’s fatwa committee chairman Abdullah Megawar backpedaled and said that married couples could see each other naked but should really cover up with a blanket during sex. 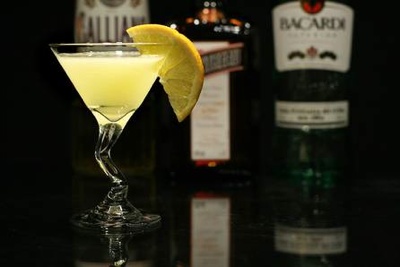 According to Egypt’s Grand Mufti, Sheikh Ali Gomaa, drinking the urine of Muhammad is deemed a great blessing. What, they have a lot of this stuff lying around, going to waste or something? Remember, Muhammad never claimed that he himself was divine—so why does his piss have magic properties? Failing to pass the laugh test with Muslim scholars, Mufti later recanted, saying it was only his “personal opinion”. 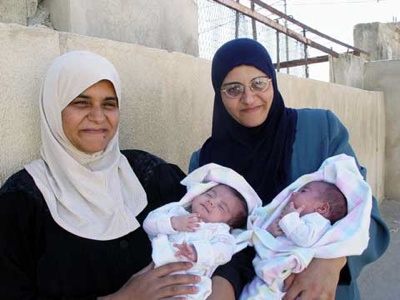 The Fatwa: Ezzat Attiya: Adult Breastfeeding in the Workplace

In May 2007, Ezzat Attiya wondered how unrelated men and women could work together in the same office, when Islam forbids men and women who aren’t married or related to be alone together. His answer: let her suckle him FIVE TIMES. Yes, that’s right, an adult female breastfeeding an adult male coworker will defuse all sexual tension in the office. See, the female worker will now be the male worker’s foster mother, and they can be alone together anytime. Attiya’s ruling was intergalactically mocked, and quickly condemned on the homefront as well. He was later suspended from his job, pilloried in Arab newspapers, and issued a hasty retraction saying it was a “bad interpretation of a particular case.”