It’s an oft-repeated notion: Everything on Earth has already been explored and how awesome it would have been if we had been born in the Age of Exploration. In a consistently shrinking world due to technology and advanced research tools, that does seem to be true. After all, why would we be thinking about going to distant planets in the solar system if we hadn’t already seen everything on Earth?

For some reason, though, a lot of places on our planet have yet to be explored and many species of organisms have yet to be documented. It’s not due to the incompetence of our scientists and explorers. Political conflicts, harsh climates, and other local conditions are just some of the reasons that these places remain unmarred by human contact. 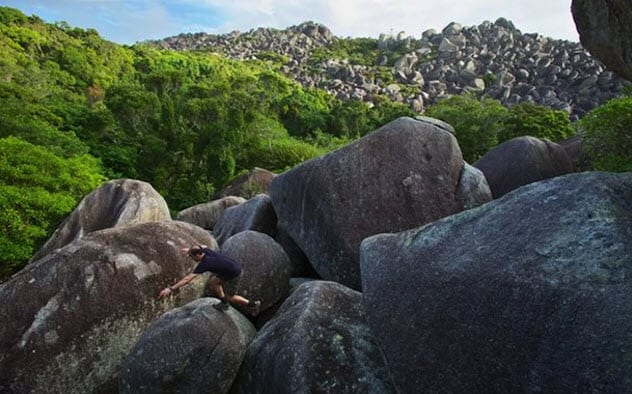 If we were to make a list of relatively empty destinations to visit around the world, the whole of Australia would feature somewhere around the top. Despite being one of the most developed and technologically advanced countries on the planet, much of Australia’s landmass is inhospitable and empty, especially around the center. If you look at Australia’s map right now, you’d see that nearly all major cities are around the coasts.

Cape Melville—a mountain range in the northeastern extreme of the country—is sparsely populated and has been essentially cut off from the rest of the world. There are many reasons, including the fact that no one even knew the range existed until 1978 when a native told someone about a type of palm tree found there. Only a few teams had been able to visit the place until recently due to its lack of accessibility.[1] 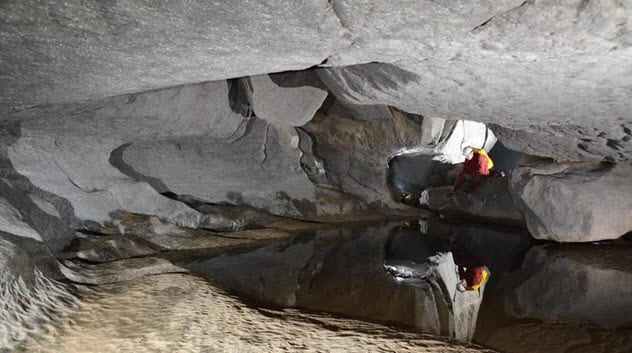 India is a huge country with a diverse array of landscapes and ecosystems as anyone who has ever visited there would tell you. Though it’s also one of the most continuously inhabited places in the world—even if some regions are emptier than others—all of it seems to be extensively explored at this point.

However, that’s only if you don’t include the northeastern part of the country, which has always been cut off from the rest of India due to its geographical location. We had no idea some places there even existed, and the most mysterious are the caves in the state of Meghalaya.

With one of the largest cave systems in the world, Meghalaya is home to many underground caverns and isolated ecosystems we still haven’t been able to fully explore. Krem Puri, the world’s longest sandstone cave at around 24,000 meters (79,000 ft), was only discovered in 2016.[2] Meanwhile, Krem Um Ladaw was found earlier this year with a shaft as deep as 105 meters (344 ft).

That’s still just the tip of the iceberg. Local experts believe that we’re far from uncovering the full extent of Meghalaya’s cave network. 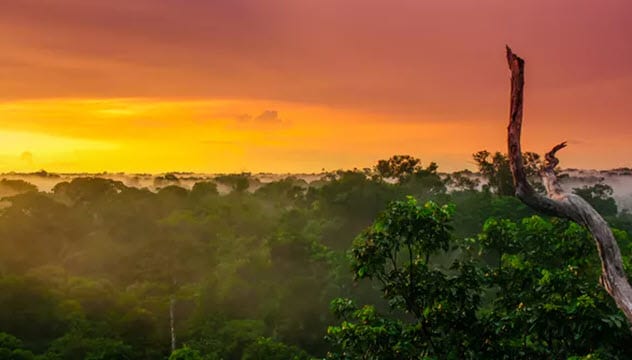 A lot has been said about North Sentinel Island and its uncontacted tribe, especially since a Christian missionary recently died on his expedition there. Some people assume that they’re the only uncontacted people in the world as no one would expect something like that to exist in 2019 without making the news.

If you look at the Amazon rain forest, though, you’d find vast regions that are still waiting to be explored and include a tribe that has never been in touch with the rest of the world. Known as the Javari, they live in a valley named after them—Vale do Javari (“Javari Valley”).

Just like the Sentinelese, the Javari have resisted any attempts to get in touch with them. It makes sense to let them be, too, as they’re susceptible to many deadly diseases that the rest of us developed immunity to a long time ago. A single exposure could completely wipe them out.[3]

It also seems like they do not want to be disturbed by anyone, though there have been a few cases of violence against them by gold miners or other outsiders in recent times. 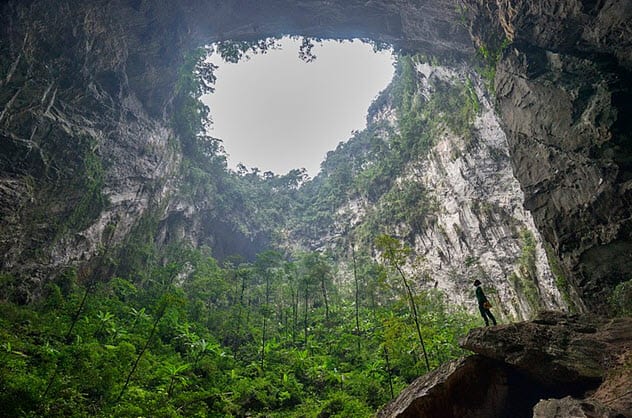 The Son Doong Cave in Vietnam is one of our planet’s most impressive natural formations. What may otherwise seem to be an innocuous hole in the ground gives way to an intricate and vast system of underground caverns and unique organisms.

It also happens to be the largest cave in the world and was only fully explored in 2009. What we didn’t know before some explorers visited it in May 2019, though, is that it still contains many secrets.

On one mission, some divers discovered a hidden waterway that connects Son Doong to another cave called Hang Thung. They couldn’t fully explore it because they didn’t have all the gear required for deep dives. So they plan to go back later.

Even so, the entire cave system still has many unexplored regions as well as new animal and plant species we may have never seen before. That is, of course, apart from the unidentified animals we’ve already spotted.[4] 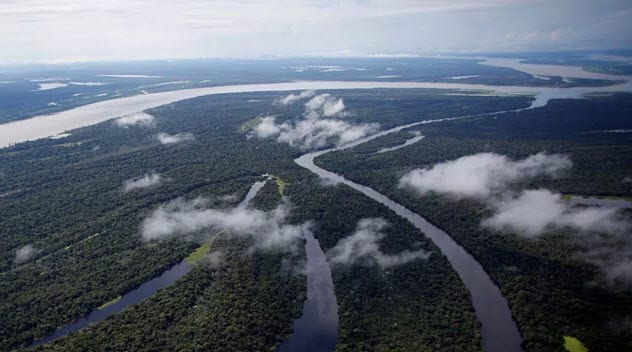 Africa is one place that was always difficult to explore, especially in the middle. Not anymore, however. With our modern mapping equipment and thirst for finding new resources, almost all the continent has been mapped, even those areas that are sparsely populated. Still, some regions in Africa are completely untouched by outsiders, including Mount Lico in Mozambique.

Once a volcano, the mountain is a towering structure visible from almost everywhere in the vicinity, though its crater was always hidden due to the high and steep walls. In 2012, a scientist was scouring the area on Google Earth when he discovered an entire rain forest nestled in Mount Lico’s crater.[5]

In 2018, a team of scientists was able to scale it for the first time. They had trained with professional rock climbers and locals for years as they didn’t have funds to hire helicopters for the whole crew. The scientists found an untouched ecosystem and a bunch of species they had never seen before. Further study is planned. 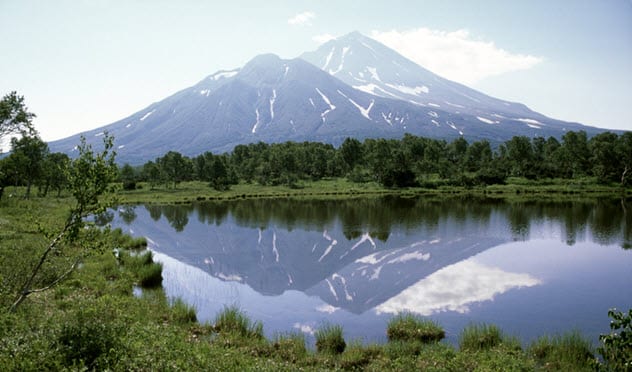 Back when the Europeans were exploring the world, Russia was going through its own era of discovery. Funded by Russian royalty for the most part, many explorers were sent out to map the whole region we now know as Russia as well as a part of the Americas.[6]

Just like their European counterparts, they experienced many hardships and deaths while mapping Russia. Due to its vastness, a few regions in Russia still aren’t fully explored.

The Kamchatka Peninsula in the Russian Far East is one of them. Also known as the “land of volcanoes,” Kamchatka is home to rolling meadows, hot springs, breathtaking views of snowcapped mountains, and diverse flora and fauna you can’t find anywhere else in the world.

It is still largely untouched due to Russia’s long history of political turmoil and the region’s inaccessibility. 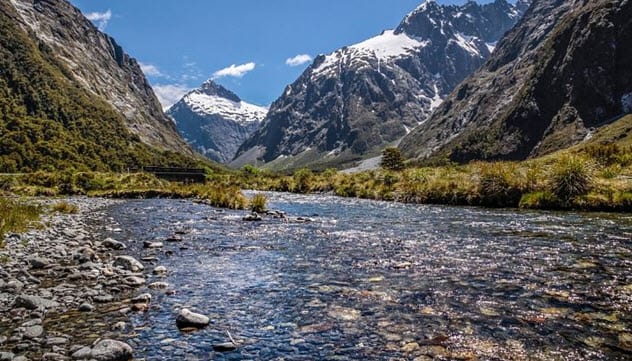 Anyone who has visited New Zealand will tell you that it’s one of the most beautiful places in the world. Even so, Fiordland National Park at the southwestern end of the country stands out for the sheer scale and beauty of its landscape.

Named after its fjords—the towering glacial structures that some think are only in Scandinavia—Fiordland is the largest of New Zealand’s national parks. If you’re having trouble imagining it, just think of The Lord of the Rings as a lot of it was shot there.

Although Fiordland contains quite a few tourist attractions, they form a minor part of the national park as almost all of it is uncharted territory due to its inaccessibility, inhospitable climate, and huge size. For those who can manage it, a plethora of previously undiscovered things reside there, including new animal and plant species and locations no one else has seen before.[7] 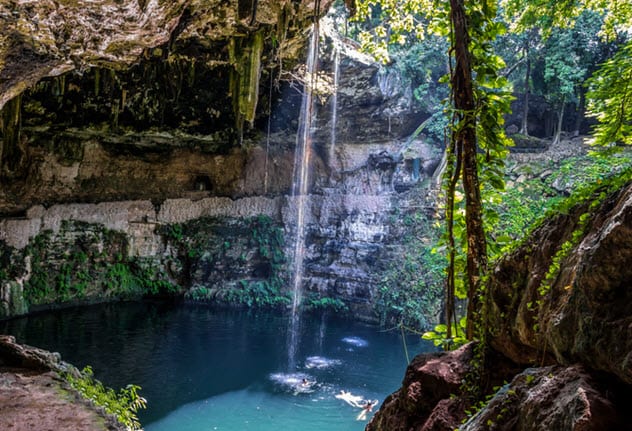 Cenotes are somewhat like sinkholes, but they’re filled with crystal clear fresh water. Found all over the Yucatan Peninsula in Mexico, they have played an important role in the mythology of the Maya as cenotes are a source of potable water. They’re one of the most beautiful and mysterious natural formations in the world.

Although the official number of cenotes is roughly 6,000, no one has been able to explore all of them. Scientists believe that many more are waiting to be found. Recently, a team of experts used 3-D technology to map some cenotes, and they aim to explore all 6,000 documented ones with that technique.

While most cenotes are visible from the surface, some of them—known as cave cenotes—require exploring their respective caves first. As of now, we simply have no idea about the extent of life that exists beneath all of them as many cenotes are difficult to get to physically. With technology getting better at mapping underground structures, we hope to discover exactly what’s inside them all someday.[8] 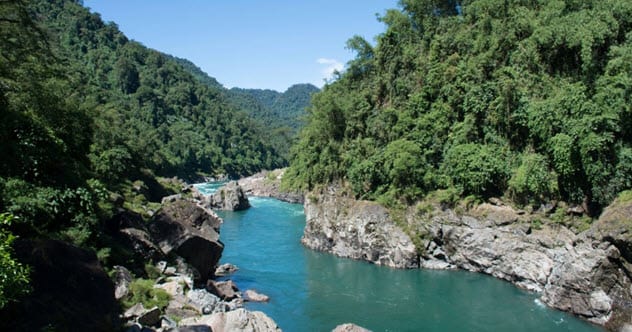 Due to its harsh jungle terrain, Myanmar is a country in Southeast Asia that played a huge yet underappreciated role in halting the Japanese advance on British India. Myanmar is also home to the longest ongoing civil war in history, which started around the time of its independence.

Thankfully, most of the conflict has now been resolved, though some pockets of resistance remain. That’s also why most of the country, especially the northern parts, has been largely untouched by biologists and other explorers.

In fact, the dense jungle in the wilderness area known as the Northern Forest Complex still doesn’t have any roads. Experts believe that there’s a lot to be uncovered and explored there, including new species of plants and animals. A few expeditions have made incursions in the past few years. However, a huge part of the region remains untouched due to the inhospitable terrain as well as the political situation.

The money required to explore the whole area is a problem, too. The Myanmar government is short on cash due to the war and general socioeconomic conditions in the country.[9]

1 Most Of Papua New Guinea 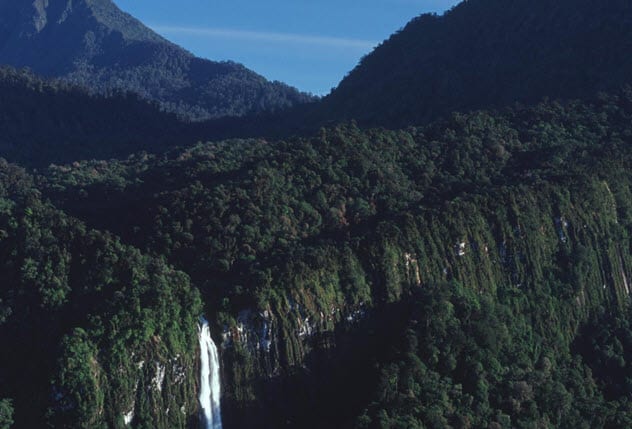 Papua New Guinea has been discussed a lot in popular culture. There was a time when it was viewed as “that place with cannibals and never-before-seen landscapes.” However, in the past few centuries, a lot of progress has been made. We’re only talking about the cannibal part, though. Much of its landmass is still unexplored due to inaccessibility.

Take the Hindenburg Wall, which is a massive formation of plateaus made of limestone. It has entire forests on top of it that have never been visited, let alone fully explored. When the Wildlife Conservation Society sent a team of biologists there in 2013, they found a total of 1,108 animal and plant species, of which 89 were completely new to science.[10]

On the island of New Britain, the Nakanai Mountains are another system of mountains and ridges formed almost entirely by limestone. In a 2010 expedition, scientists found undocumented species of many animals, including frogs, insects, and spiders.

Some of them were so new that the researchers had to invent whole new families of species to put them in. There may be many more left to find, especially fish, as some of the waterways in the region have never been officially studied.

Read about more mysterious places on Earth on 10 Creepy Unsolved Mysteries Of The Mountains and 10 Intriguing Mysteries Lurking Beneath The Ocean.