Before the Age of Enlightenment in the 18th century, people in Europe believed in demons, ghosts, witches, vampires, and more. Even some educated people, like judges and priests, took the paranormal seriously. They debated and investigated a number of bizarre “true” stories, many of which survive to this day.

10 The Haunted Apple Of Annecy 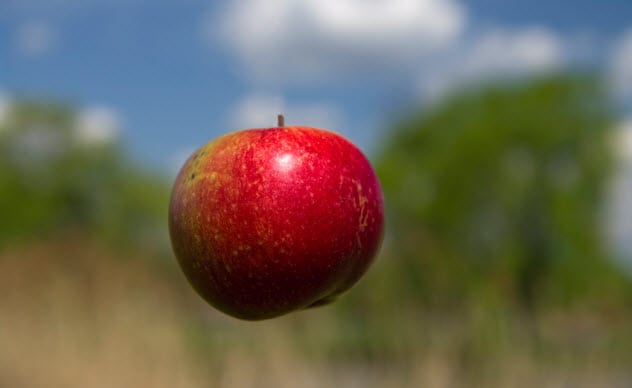 In 1585, an apple was seen floating over a bridge in Annecy, a city in southeastern France. For two hours, the apple levitated in the air and emitted a loud noise, terrifying passersby who needed to cross the bridge.

Eventually, a less intimidated traveler came forward, armed with a stick. The man whacked the apple into the water, which was covered by the bridge. The terrible noise from the strange apple then stopped, and peace was restored.

According to Judge Henri Boguet, “It cannot be doubted that this apple was full of devils and that a witch had been foiled in an attempt to give it to someone.”

9 The Shoemaker Of Breslau 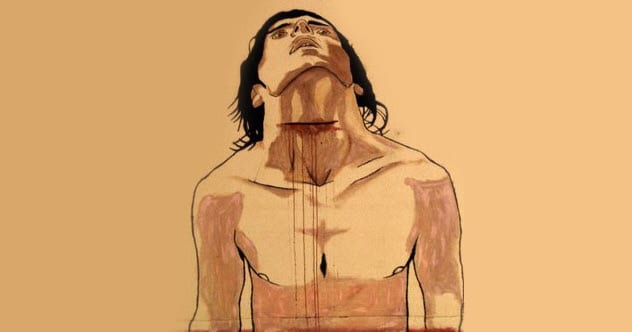 In September 1591, a shoemaker in Breslau (modern-day Wroclaw, Poland) committed suicide by slitting his throat. Mere weeks after he was buried, the townspeople reported seeing his ghastly figure in their homes during the night. They would wake up and find the shoemaker lying on top of their bodies, crushing them with his weight and physically attacking them.

In April 1592, the townspeople dug up the shoemaker’s body. Amazingly, it had not rotted at all. The baffled authorities kept the shoemaker’s corpse aboveground for six days and then reburied it in a different spot.

Shortly afterward, there came reports of him attacking the townspeople again. On May 7, the shoemaker’s body was dug up one last time. To ensure that he stayed dead, his head and limbs were chopped off and his heart was removed. Then his remains were set on fire, and his ashes were tossed into a river. 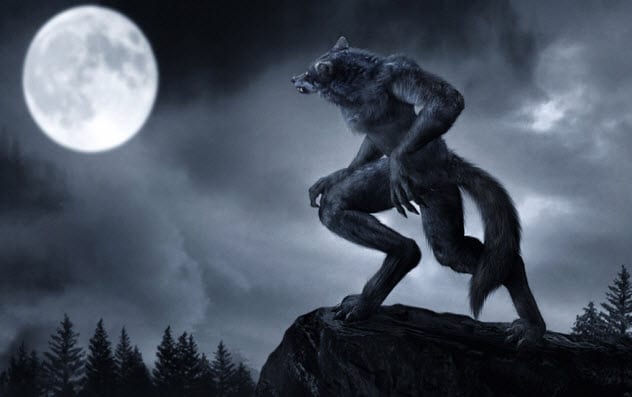 In 1598, a brother and sister in eastern France were attacked by a wolf that the boy said had a human face. When a group of peasants went looking for the wolf, they stumbled upon a girl named Perrenette Gandillion. Seeing blood on her dress, the mob killed the poor girl on the spot.

Perrenette’s family had long been rumored to be involved with the Devil. After her death, her brother Pierre, sister Antoinette, and nephew Georges were also accused of being werewolves. Pierre claimed that he could turn into a wolf when he wore wolf’s skin, while Georges said that his transformation was caused by wearing an ointment.

Judge Henri Boguet, who had ordered the executions of over 600 suspected witches during his career, was put in charge of the case. Firmly convinced that the Gandillion family was a bunch of werewolves, he sentenced them to be burned at the stake. 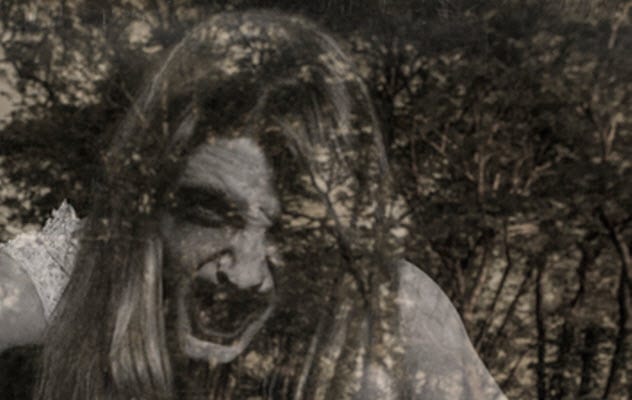 In 1642, the English memoirist Lady Fanshawe and her husband, Sir Richard, visited the ancestral castle of a friend in Ireland. One night, while sleeping in her bed, Lady Fanshawe was startled awake by a piercing scream.

She turned her face toward the window and was shocked to see a woman looking in at her and shrieking. Terrified, Lady Fanshawe watched the strange woman scream several more times before the woman vanished into thin air.

When morning came, Lady Fanshawe’s host explained that a family member had passed away in the castle the previous night and that Lady Fanshawe had seen a banshee who appeared every time somebody in the family died. He said that the woman was the wife of a distant ancestor. The ancestor had drowned the woman in the castle’s moat because his family had disapproved of her lowly origins.

6 The Resurrected Boy Of Dalheim 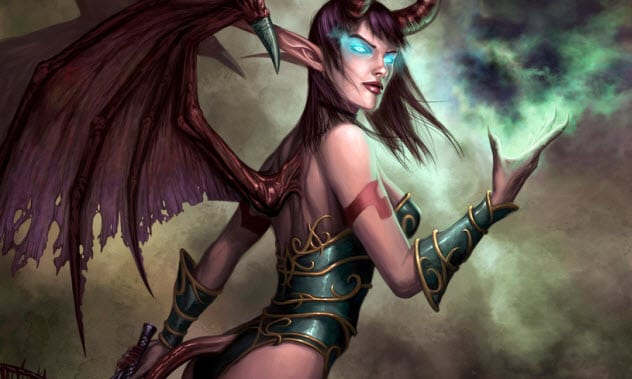 During medieval times, it was believed that demons could possess or reanimate dead bodies by filling them with air or another substance.

In 1581 in what is now Dalheim, Luxembourg, a succubus convinced a man to kill his own son. After the man realized what he had done, he became grief-stricken. Seeing an opportunity for more mischief, the succubus offered to revive the man’s son if the man promised to love her in return.

With the use of the succubus’s magic, the boy was resurrected from the dead and carried on living just as he had before. After a year, however, the boy inexplicably became sick and suddenly collapsed back into a corpse.

It turned out that the succubus’s resurrection had been an illusion. The boy’s body had been an empty automaton, kept reanimated by the demon’s limited powers of magic.

5 The Airship Visitors Of Lyon 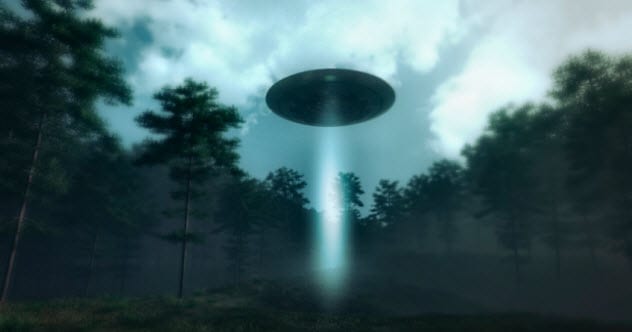 In the early ninth century, a group of three men and one woman were reported to have come down from “aerial ships” to the city of Lyon. The mob that gathered accused the visitors of being evil magicians who wanted to ruin their crops. But the visitors insisted that they were ordinary, peaceful people from the same country who had been abducted by magical men and taken to a place in the sky called Magonia.

Before the mob became violent, a bishop named Agobard came running to the scene. He dismissed the visitors’ story as complete fantasy. Since Agobard was a greatly respected man, the townspeople accepted his skepticism and the strangers were left unharmed.

Nevertheless, some modern UFO researchers have judged the story to be true, claiming it to be an example of premodern alien contact.

4 The Toad Of Flanders 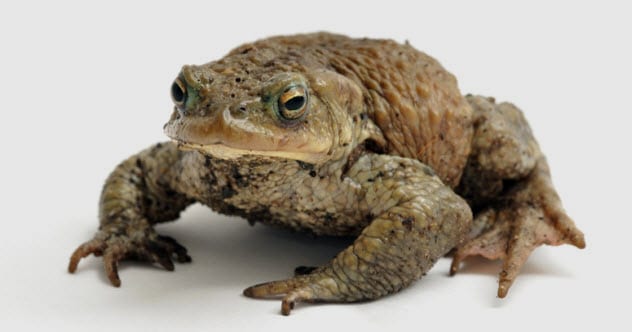 Around 1595, a father and son drinking at a tavern near Flanders argued with a waitress over the price of their drinks. Just as they were leaving, the waitress yelled that they would not be able to get home that day.

When the father and son got to the bank of the river, they found it impossible to move their boat. Even when a group of soldiers helped them pull, the boat wouldn’t budge. Noticing a toad in the boat, the soldiers attacked the creature with their swords and flung it into the river.

The boat was now magically loose. To thank the soldiers, the father took them to the tavern for a drink. When the group arrived, the father heard that the waitress who had served him earlier had suddenly become very sick. Despite not leaving the tavern after the argument, the waitress died that day from her neck and stomach being cut open in the same spots where the toad had been attacked.

3 The Chained Ghost Of Bologna 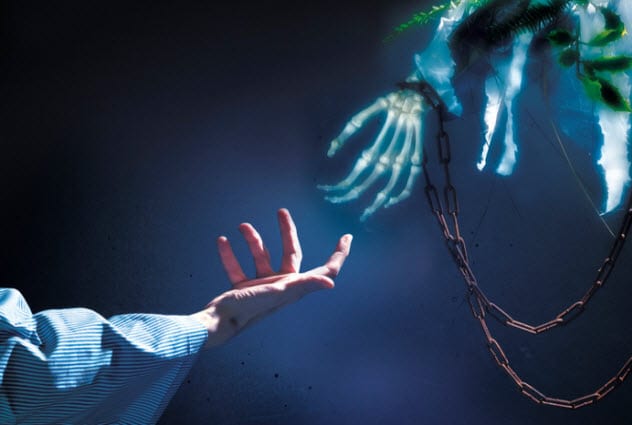 In the mid-16th century, Spanish law student Vasquez de Ayola and two friends were looking for a place to live in Bologna, Italy. They found a large abandoned house that was said to be haunted. But Ayola and his friends didn’t believe in ghosts, so they had no qualms about moving in.

One night, while his friends were asleep, Ayola suddenly heard the sound of chains being pulled across the floor outside his room. Investigating, Ayola found a ghostly skeleton covered in chains waiting by the staircase. The ghost led Ayola to a spot in the courtyard’s garden and vanished.

The next day, after Ayola told the authorities what had happened, the spot in the garden was dug up. A skeleton, trapped in chains, was found buried there. The authorities never identified the remains, and the chained ghost was never seen again. 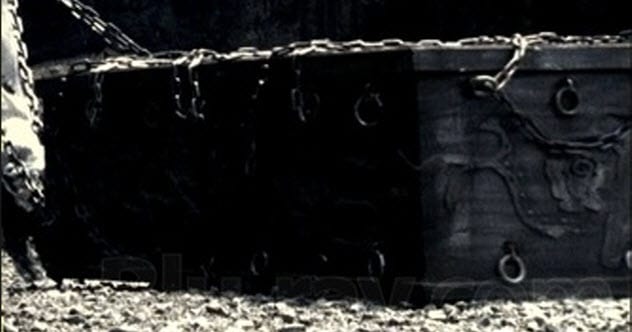 In the early 12th century, the historian and monk William of Malmesbury wrote about a dying woman in Berkeley, England, who confessed to her children that she’d been a slave of the Devil and a witch. The woman begged to be buried in a stone coffin wrapped in iron chains so that demons wouldn’t steal her body. She got her wish, and the local church agreed to watch her coffin for three days and nights before it was buried.

On the third night, a demon suddenly tore off the church’s front door. As the clergy watched in horror, the demon walked up to the stone coffin, ripped it open, and dragged the woman’s body to a black horse outside. The woman was tossed onto the horse’s back, which was covered in iron barbs, and carried away into the night. 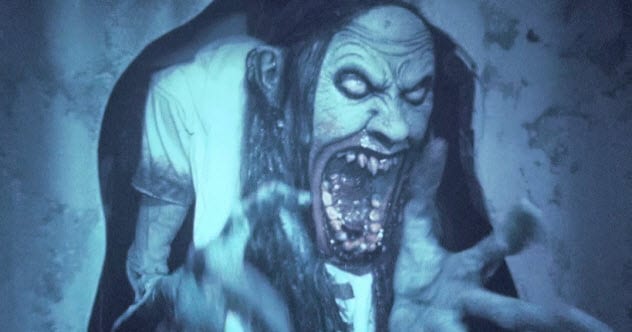 While visiting Mykonos in 1700, French botanist Joseph Pitton de Tournefort learned of a dead peasant who kept coming back to life at night. After his murder by an unknown assailant while working in the fields, the man supposedly became a vrykolakas, an undead creature similar to the vampires of Eastern Europe.

At first, this vrykolakas was mostly harmless, turning furniture upside down and hugging people from behind. Then the islanders got annoyed, so they dug up the vrykolakas and tore out his heart. This didn’t stop the vrykolakas, which began to beat people up, break their roofs, and steal their alcohol.

According to Tournefort, some people fled their homes and others visited the vrykolakas’s grave to attack it with a sword as it slept during the daytime. Eventually, the authorities ordered the vrykolakas to be moved to nearby Saint George’s Island, where its body was burned and destroyed. 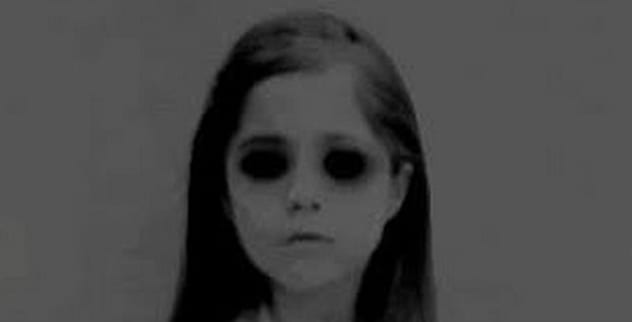 Mysteries and the paranormal have featured frequently over the years at Listverse. Here are some more of our best articles on the subject:

And sometimes the paranormal turns out to be not quite as preternatural as first thought: