World War II affected every person who lived through it. Hundreds of stories from that time have become part of our history, but there are millions more that have gone untold.

Even some famous names you know for something completely different had incredible experiences during the war. Most of their war stories get overshadowed by their more famous accomplishments, but these stories are so incredible that they deserve to be heard. 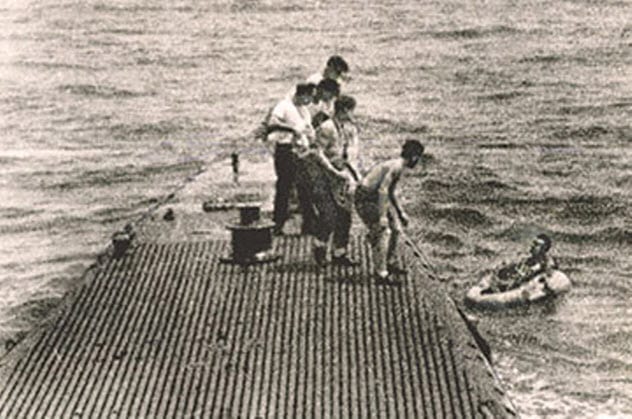 At age 20, George H.W. Bush, the future 41st president of the United States, was nothing more than a navy pilot. During a bombing raid against the Japanese Bonin Islands, he was shot down—and nearly eaten.

Bush was one of nine men who escaped damaged airplanes during the raid, but he was the only one who survived. He waited on a life raft protected by Allied planes while a submarine rescued him.

The other eight men were not as lucky. They were captured by Japanese soldiers and put through hell. The men were tortured, beaten, and ultimately executed. Some of their bodies were then butchered by surgeons, who served their livers and thigh meat to Japanese officers at a feast.

Thanks to the crew of the USS Finback, Bush made it out alive. But if it hadn’t been for them, the 41st president of the United States would have been served as dinner. 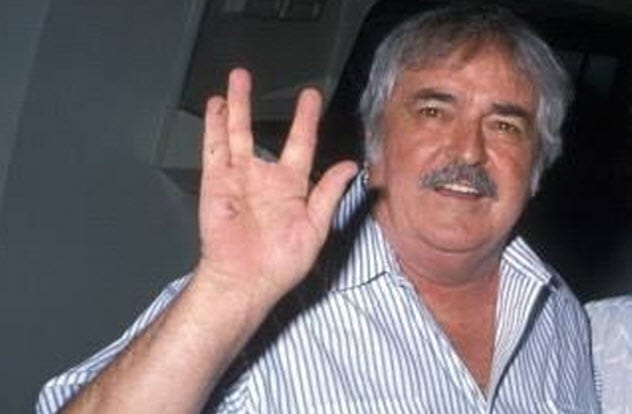 Before he was “Scotty,” James Doohan was a lieutenant in the Royal Canadian Army. Trained as a pilot, Doohan had a reputation as the “craziest pilot in the Canadian Air Forces” because he did things like slam a plane between two telegraph poles just to prove it could be done.

When D-day came, he was put on the ground and joined the raid on Juno Beach. Doohan personally shot two enemy snipers and led his troops through a field of antitank mines—only to be taken out by his own army.

While Doohan was moving between two command posts, a nervous Canadian soldier opened fire on Doohan, shooting him six times. One of the bullets hit him in the chest. Luckily, Doohan’s life was saved by a cigarette case in his breast pocket.

8 JFK Saved His Crew With A Coconut 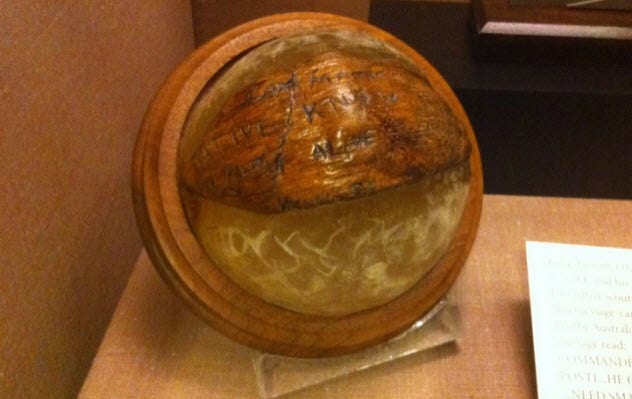 John F. Kennedy was deemed medically unfit to fight, but he used his connections to get into the navy anyway. Disaster struck, however, when the ship he commanded was rammed by a Japanese destroyer and cut in half.

Kennedy and his crew clung to the boat for 12 hours before deciding to swim through shark-infested waters to get to land. One injured man couldn’t make the trip, so Kennedy put a life jacket on him and swam him to shore—dragging the man by clenching the strap between Kennedy’s teeth.

The crew was stranded on the island for days before Kennedy carved a message into a coconut, gave it to two natives, and asked them to bring it to a nearby Allied base. His coconut message got through, and the crew was saved. Kennedy kept the coconut shell ever after and even used it as a paperweight in the Oval Office. 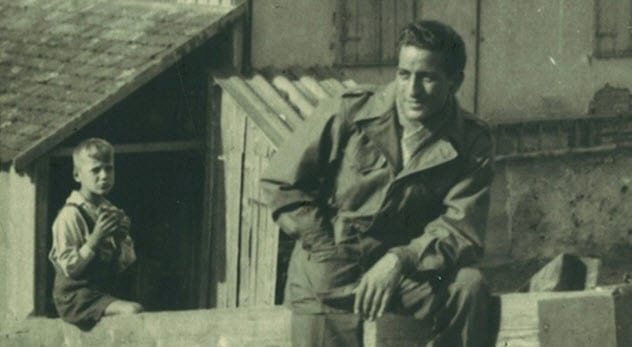 Before he was a singer, Tony Bennett was a corporal in the US Army and part of a troop fighting its way through France and Germany. For Bennett, that battle didn’t end with the fall of Berlin. It ended at lunchtime.

Bennett invited an old friend to lunch—which would have been fine if his friend hadn’t had black skin. Bennett’s commanding officer objected and ordered the black soldier to take his meal in the kitchen.

Tony Bennett launched into an angry tirade against his racist commander. It was so vitriolic that Bennett got demoted to private, kicked out of his troop, and put on assignment digging up mass graves to send the bodies back home. 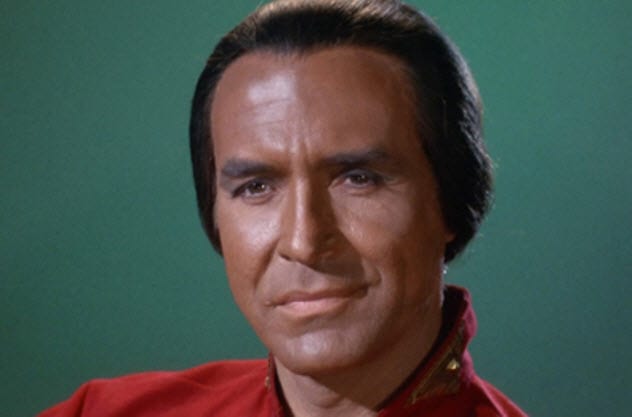 When World War II began, Star Trek creator Gene Roddenberry signed up for the US Army Air Corps. He flew alongside a soldier who would be his best friend during the war—and the inspiration for one of his most famous characters.

Roddenberry’s friend was named Kim Noonien Singh, and the two lost touch after the war. Wanting to get back in touch with his old friend, Roddenberry wrote a character into Star Trek—Kirk’s nemesis Khan Noonien Singh—hoping his friend would see it and get in touch. 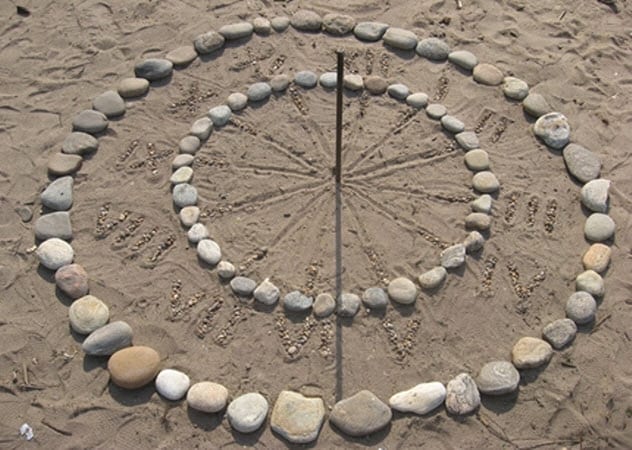 Bill Nye the Science Guy’s father was captured during the war and sent to a Japanese POW camp, where he displayed some of the scientific ingenuity that would later make his son’s reputation.

When the elder Nye wasn’t being watched, he gathered up pebbles and scattered them around a fence post to create a makeshift sundial. By comparing the dial on his creation with the stars, Nye figured out the latitudinal location of the camp.

His trick never got him rescued, and he never managed to share the information with anyone outside the camp. However, Nye said that playing with the sundial kept him sane. After the war, he went into the sundial business professionally. 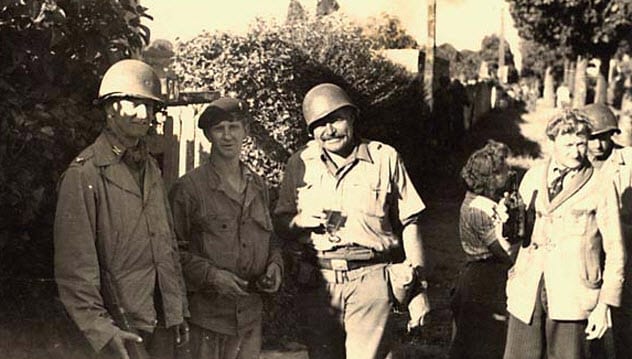 Although Ernest Hemingway was just a reporter during World War II, that didn’t stop him from leading an army.

While in France, Hemingway found a ragtag group of French resistance fighters and decided they needed better leadership. Specifically, his leadership. He tore off his noncombatant insignia, convinced the group that he was a US colonel, and took charge.

Hemingway led the group into the town of Rambouillet and stationed them there. By telling the US Army that he was ferrying weapons for another troop, he convinced them to arm him with machine guns and grenades. Then Hemingway marched his militia toward Paris.

Although the plan was to lead an assault on some major cities, Hemingway mostly liberated bars so he could get drunk in them. His group went all the way to the Ritz in Paris, where Hemingway partied through the war. Later, Hemingway used this to claim that he was the first person to liberate the Ritz. 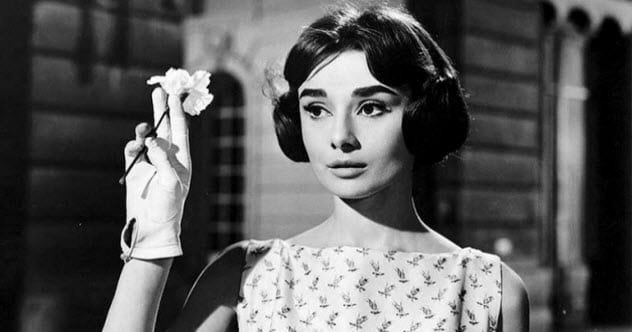 In 1944, Audrey Hepburn was in Holland when the Nazis locked down the city and began a season that would be remembered as the “Winter of Hunger.”

Food was nearly impossible to come by, and Hepburn claims that she and her family had to resort to eating nettles, boiled grass, and tulip bulbs to survive. Toward the end, Hepburn had whittled away to a mere 40 kilograms (88 lb). The malnutrition racked her body with jaundice and asthma, and she very likely could have died.

On the day before the end of the war, a Dutch soldier gave the future actress seven candy bars. Hepburn shoved all seven of them into her mouth immediately.

2 Lenny Bruce Pretended To Be Gay To Get Discharged After serving 30 months in the navy, comedian Lenny Bruce was determined to get out. So he wrote a letter to a medical officer saying that he was “attracted physically to a few of the fellows” and wouldn’t be able to fight his homosexual urges much longer.

He convinced the officers on his ship that he was a ticking gay bomb ready to explode—if he didn’t get away from all the hunky men on his ship, he would “give way to the performance of homosexual acts.” Surprisingly, it worked. Bruce was first relocated to a station where “heterosexual companionship was available” and later given an honorable discharge.

If the story sounds familiar, it’s because Bruce’s gay ruse was the inspiration for the cross-dressing character, Corporal Klinger, on M*A*S*H.

1 Coco Chanel Was A Nazi Spy When the Nazis occupied France, some brave heroes rose up against their oppressors. But designer Coco Chanel definitely wasn’t one of them. Instead, Chanel became the lover of a Nazi officer. She also became a Nazi spy.

Chanel was given the code name “Westminster” and sent around Europe to enlist spies for the Nazis. She even made a trip to see Heinrich Himmler and offered to use her links to Winston Churchill to gather information.

At the end of the war, Chanel and her Nazi lover fled to Switzerland where they stayed together for 10 more years. She was only spared from execution by the intervention of Winston Churchill, who took her name off the death rosters.