For centuries, Rome ruled the world. The ultimate superpower, the Roman Empire united the world in ways never seen before or since. However, while we know about the excessive lives led by its upper class and its rulers, the nuances of day-to-day life by the different Roman people are less well known. Various discoveries give as a picture of the different classes and types who lived at the time. 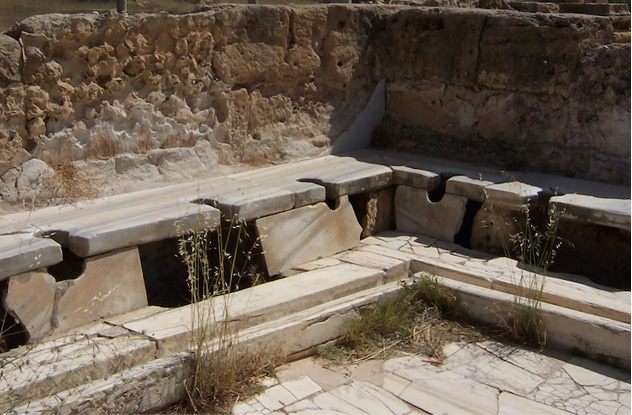 Rome had impressive sanitation systems compared to other civilizations, but this did little more than help people smell better. Based on 2,000-year-old fecal matter found at several historical sights, it was determined that parasites were even worse in those alive in the Roman period compared to earlier, supposedly less sanitary, periods of history like the Bronze Age or the Iron Age.

While most Romans had access to clean food and drink, it was their bath water which was at fault for parasitic infestations: The water was kept lukewarm and rarely changed, which would have been a perfect breeding ground for parasites of all kinds. This, along with human feces used as fertilizer, would have led to massive breakouts. 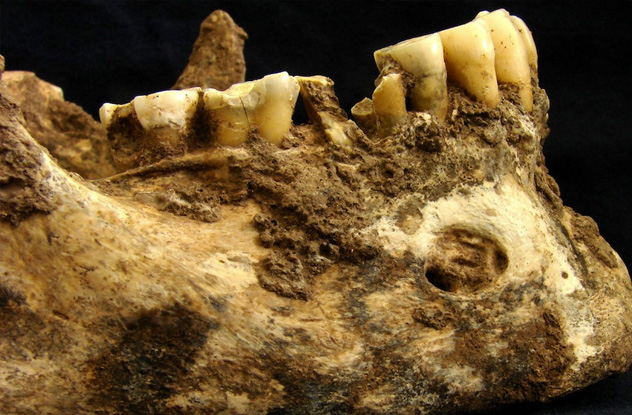 While Ancient Rome is pictured as an era of extreme gluttony of all sorts, the massive feasts of exotic delicacies were, unfortunately, only for the upper class. The remaining populations of Rome would have eaten a diet consisting of foods like millet: a cheap grain that was looked down upon as fit only for livestock, which means most Romans literally ate like animals.

Despite living near the seas, lower-class Romans would have eaten very little fish but would have depended on wheat and the aforementioned millet. This could have led to a variety of issues, including anemia and poor dental hygiene. Most city dwellers ate well, but the farther outward a Roman dwelled, the worse their diet became. 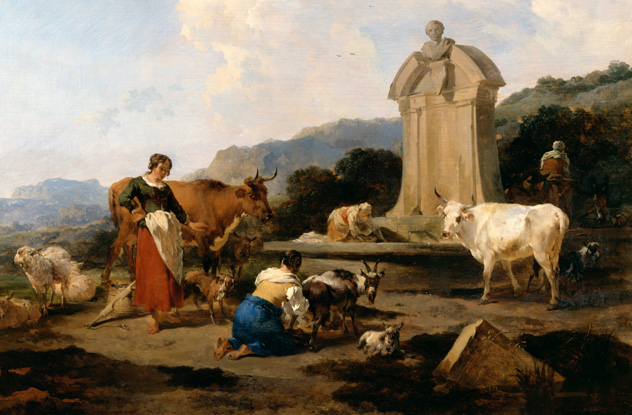 By testing ice cores in Greenland, climatologists are capable of measuring the amount of methane in the atmosphere going back centuries. Methane was at natural levels until 100 BC, when it shot up and remained sky high until AD 1600. This hike in methane coincides with the rise of the Roman Empire, and when the empire was at its zenith, so was its methane emissions.

During this period, methane emissions worldwide measured at around 31 million tons per year, just 5 million short of the current emissions of the whole of the United States. To feed an empire, massive amounts of livestock like cattle, sheep, and goats were needed. This, along with growing populations in the Roman Empire in the West and the Chinese empire and the East, contributed to pollution during the time. 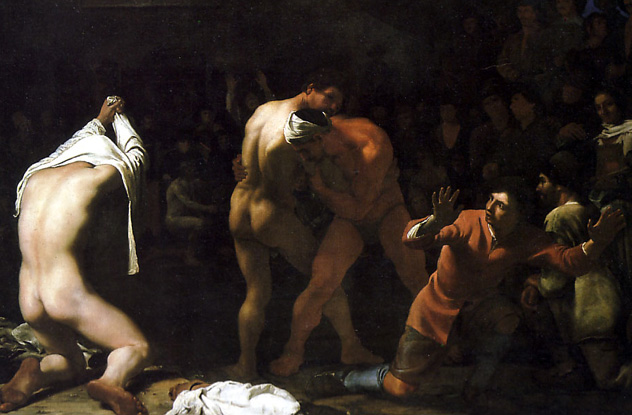 In many countries, wrestling for entertainment is often fixed, and this tradition goes all the way back to Ancient Roman competitions. A papyrus dating from AD 267 found in Oxyrhynchus, Egypt, is the first known bribery contract for sports in which one wrestler agreed to throw a match for around 3,800 drachmas—enough to buy a donkey. While this amount is relatively small, the wrestling competition was supposed to be a spectacle on the Nile, so no doubt other wrestlers had similar agreements.

Bribery was fairly common in Roman sports, but the punishment was stiff. It is said that statues of Zeus in Olympia were built using these fines. The Greek sophist Philostratus once lamented the state of athletics, saying that trainers “have no regard for the reputation of the athletes but become their advisers on buying and selling with a view to their own profits.”

6The Grotesque Shows Of The Colosseum 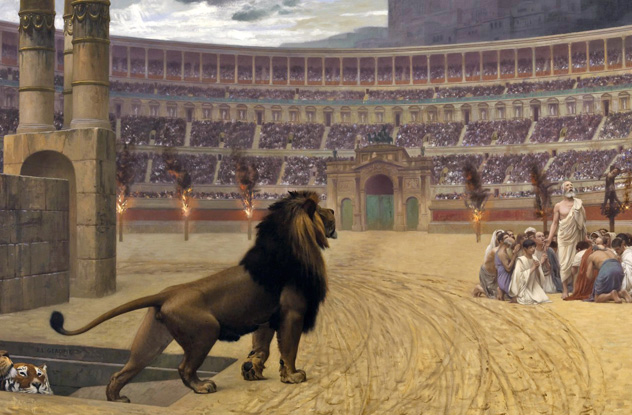 The Roman gladiator games date back to 247 BC, when two brothers decided to celebrate their father’s legacy by hosting a fight between their slaves. Over the years, the games became ever more elaborate and in later years became increasingly more depraved and disturbing to cater to the tastes of twisted Romans.

Starting with the infamous Caligula and the later famed bestiarii Carpophorus, the gladiator games became an excuse to showcase the brutality of man and the world. The bestiarii’s job was to train animals for the shows such as training an eagle to eat the exposed organs of a thrashing fighter. Carpophorus was the most famous bestiarii of all and not only trained his beasts to kill the poor souls in the colosseum in the most graphic manner possible but fought many of them himself. The most shocking act Carpophorus trained his animals to do, however, was rape human prisoners on command for the shock and awe of those in the colosseum. 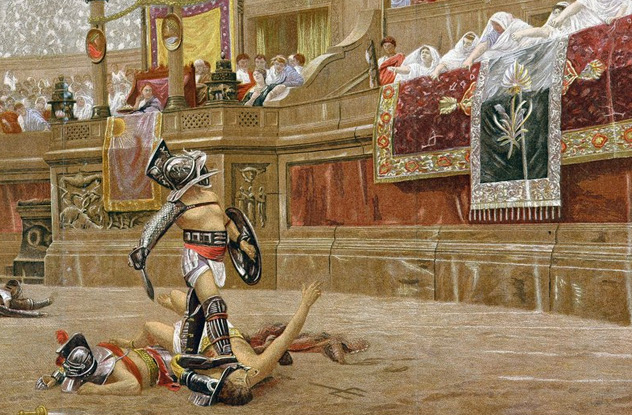 Energy drinks are very common among modern athletes because of their alleged performance-enhancing abilities. These drinks are also common among other in the world of physical fitness, but this is not a modern phenomenon. Gladiator energy drinks existed centuries before the first Gatorade.

The drinks were said to have consisted of plant ash, a rich source of calcium that is known to help improve bone growth. Heightened calcium levels are common in excavated gladiators, so this idea is not too farfetched. What would the drink have tasted like? Considering it was nothing but ash and water, it would have been incredibly bitter, but adding vinegar would have given it a much more pleasant taste. 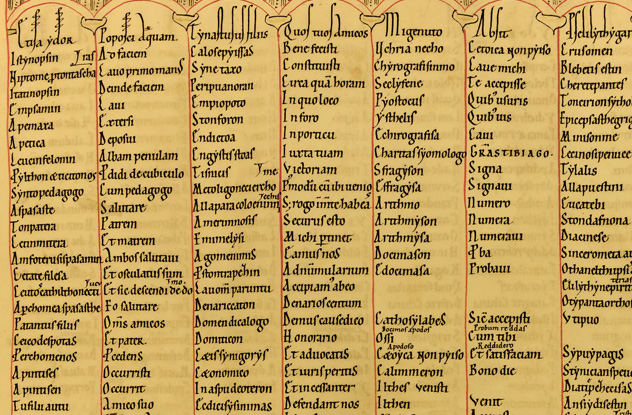 Most of the Roman Empire probably spoke Greek or one of its variants, but if one wished to speak Latin, there were tools to do so: colliquia. These text books not only taught Greek speakers Latin, they taught about a wide variety of situations and how to deal with them in a proper manner.

There are two portions remaining from the original manuscripts that date from the second and sixth centuries. Some of these situations include one’s first visit to the public baths, what one should do if they arrive at school late, and how to deal with a drunk close relative. The texts were incredibly common and widely available to rich and poor alike. It is believed that the situations described were for role playing, which students would act out to get a feel for the material and speech. 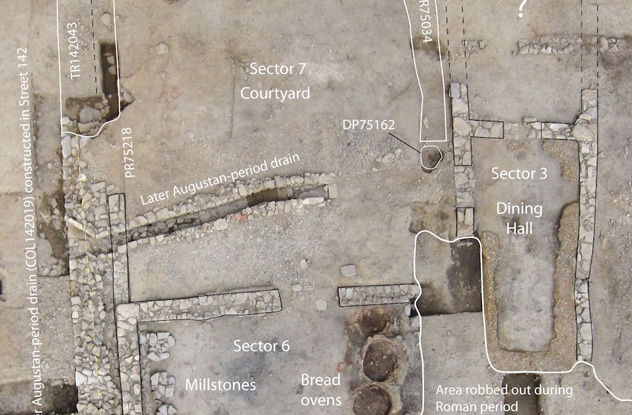 In Lattara, an important historical site in France, a 2,000-year-old tavern dating from Roman times was discovered still littered with animal bones and the bowls used by patrons. The sight most likely served as a bustling social place during 175–75 BC, around the time the Roman army conquered the area. The tavern served drinks, and meals could be eaten there, including flatbreads, fish, and choice cuts from sheep and cows.

In the kitchen, there were three large ovens on one end and millstones for making flour on the other. In the serving area was a large fireplace and reclining seats that would have made the tavern have a cozy and comfortable atmosphere—exactly how we would want a bar today. 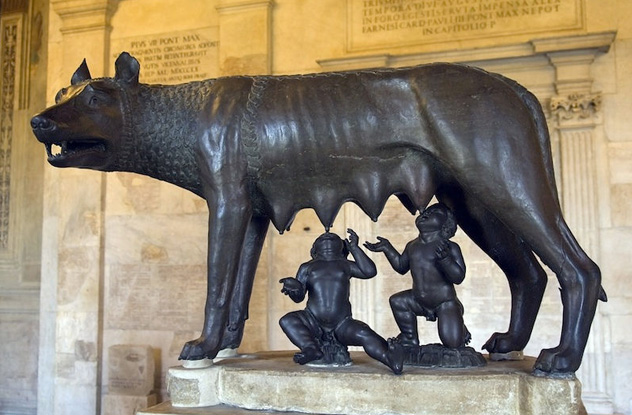 As shocking as it seems today, infanticide was a common practice in Roman times. Before there was more effective contraception, women were allowed to dispose of their children if they so pleased. Boys were more highly valued than girls, but based on archaeological sites, it seems that boys and girls were killed equally.

Ancient Roman texts even speak about the practice of infanticide, and it shows that Roman society did not hold a newborn baby’s life in high regard. They were not even considered fully human when born. A child only became “human” when it reached certain milestones like naming, teething, and eating solid foods.

1How The Romans Built Rome 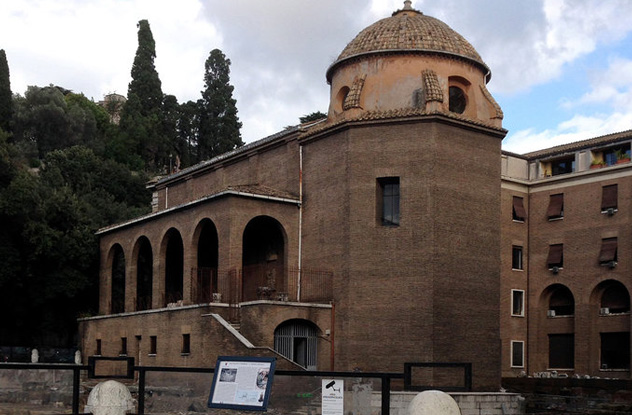 In 2014, archaeologists began excavating what was believed to be the Temple of Fortuna, the first temple the Romans ever built. Since the temple is recorded as being built in the seventh century, the geographic landscape had long changed. The temple is described as being built by the Tiber River, but it was found over 30 meters (100 ft) away and was several feet below the water table. There were even more surprises in store, though: The early Romans went to great lengths to build the perfect city.

They were forced to level hills, fill in water-logged sites, even divert the original waterways of the city as constructions spread ever further outward. They knew that to build the city and allow for future growth, they would need to change the natural landscape to fit their needs. The sophistication and engineering talent needed to pull of such efforts remains impressive today because the city eventually became the pinnacle of the Western world, showing that those early efforts were not in vain. 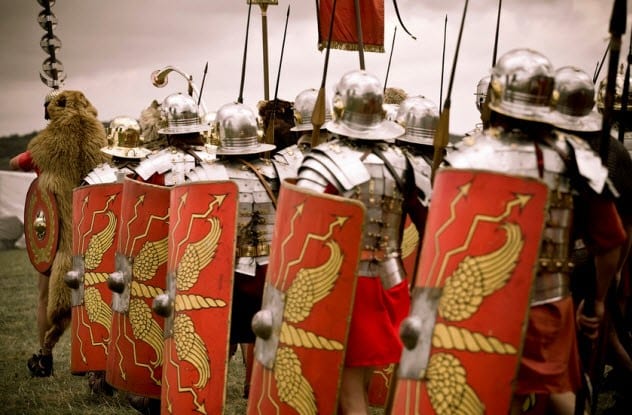 Ancient Rome is a fascinating study. From its rise to its fall (and the striking similarities to many of our own modern social issues) it will be a constant source of education, history, and marvel. Here are some other lists from the past in a similar vein: