Dungeons held more than outlaws. They broke the spirit of the unwanted and the feared. The denizens of these temples of torture were often not criminals but political prisoners or worse—innocents used as pawns in power struggles.

Some dungeons were known for their infamous captives, others for their horrific methods of misery. So who were more evil: the inhabitants of the dungeons or the architects of these palaces of pain? 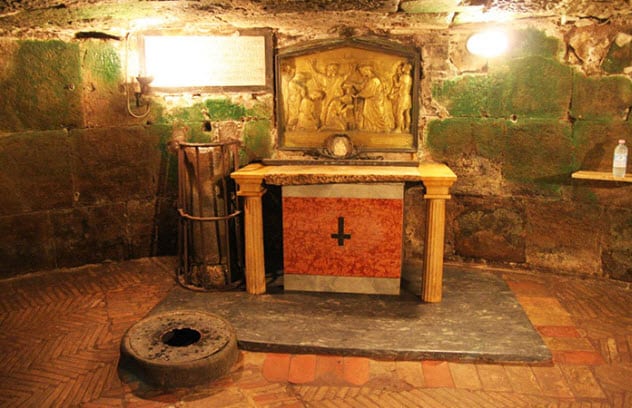 Mamertime Prison festers below the placid 16th-century church of St. Joseph of the Carpenters. This subterranean chamber of horrors held the Roman Empire’s most feared enemies, who were often political prisoners.

Mamertine Prison housed the Gaulish warlord Vercingetorix and Simon Bar Jioras, the defender of Jerusalem. Historians also believe that Saint Peter was imprisoned there before being crucified upside down by Nero.

The most terrifying aspect of Mamertine Prison was the Tullianum, the lowest level of the prison built into Rome’s sewer system. Prisoners rotted there until they were strangled or starved to death. Their bodies were unceremoniously dumped through an iron door at the end of the chamber, which led to the Cloaca Maxima—Rome’s central sewage system. 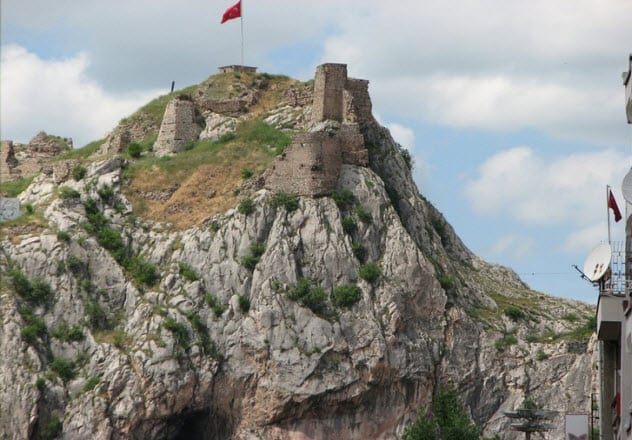 In northern Turkey, archaeologists unearthed a secret network of tunnels beneath Tokat Castle. This labyrinth contained a dungeon that housed Vlad the Impaler, the man who inspired the legend of Dracula.

At age 12, Vlad III of Wallachia was taken hostage by Sultan Murad II during a diplomatic meeting in 1442 and carted away to this far-flung region of Anatolia. We may never know what horrors Vlad faced in the dungeon’s shadows.

After escaping captivity, Vlad developed nasty habits. In 1462, he impaled 20,000 people outside the town of Targoviste. This early psychological warfare was intended to ward off Ottomans through sheer terror.

Did he learn these horrific tactics from his father, who earned the name “Dracul” (“dragon”) for his ferocious devotion to the Order of the Dragon? Or perhaps Vlad learned this savage technique from his Ottoman captors. 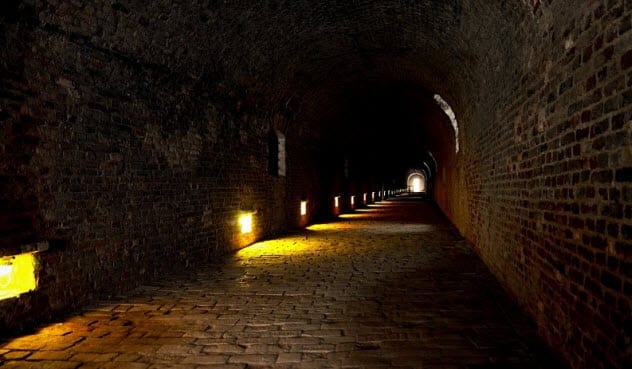 Spilberk Castle once contained the most feared dungeon in the Habsburg Empire. Located in Brno, Czech Republic, the castle was constructed by King Premysl Otakar II in 1277.

In the late 18th century, during the reign of Joseph II, the castle casemates, originally intended for storage, were converted into chambers of horror known as the “dungeon of the nations.” Throughout the 19th century, these chambers were packed with Habsburg political prisoners, who were chained to the walls and tortured.

The dungeon remained an active prison until 1961. Recently, overnight stays in the damp subterranean pain palace became available for the intrepid. To make visitors’ stays as authentic as possible, there is no electricity. Alcohol and smoking are also prohibited. 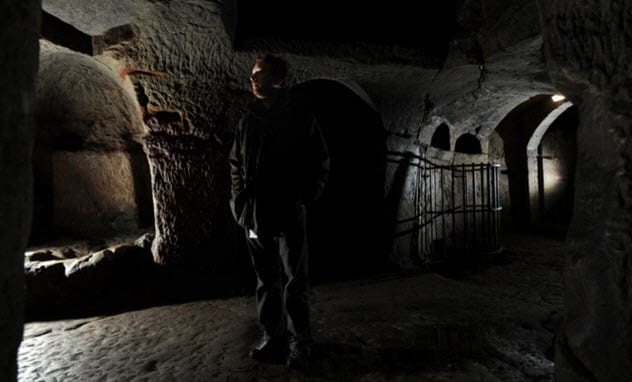 Yorkshire’s Pontefract Castle once held the most feared dungeon in England. According to legend, it was built on an Anglo-Saxon graveyard. Pontefract contains a vast dungeon network that has seen death and misery. Names are still scratched into the walls of tortuous, pitch-black pits where the prisoners were trapped.

The most famous victim was Richard II. Shakespeare knew the tale and used this location in his play about the king. The scribe referred to the castle as “Pomfret”—its original name.

The castle went back and forth between Royalists and Parliamentarians in the English Civil War. Upon gaining control, Oliver Cromwell set out to destroy Pontefract. The castle has been in magnificent ruins ever since.

6 Palace Of The Inquisition 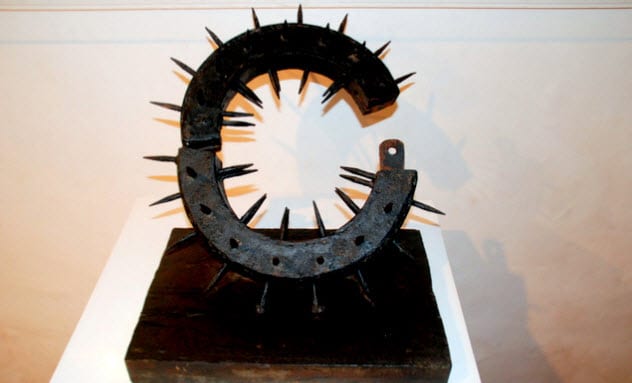 In Cartagena, Colombia, a magnificent colonial mansion called the Palace of the Inquisition was constructed as part of Spain’s desire to root out heresy. One of the most terrifying features of the “palace” was the denunciation window, where the condemned met their fate.

Once beyond the window, the doomed were led to the House of Dungeons, where they would be held until their trials and inevitable executions. The Palace contained an array of torture implements, which were not used to punish the condemned but to elicit confessions.

In Cartagena, the Inquisition targeted witches. No one is certain what caused this period of unbridled misogyny. Some suspect that it may be related to rapid climate cooling, which resulted in crop shortages and social upheaval.

The Inquisition remained active in Spain until 1834. It also remained an official department of the Vatican until the mid-19th century when it was rebranded the “Congregation for the Doctrine of Faith.” 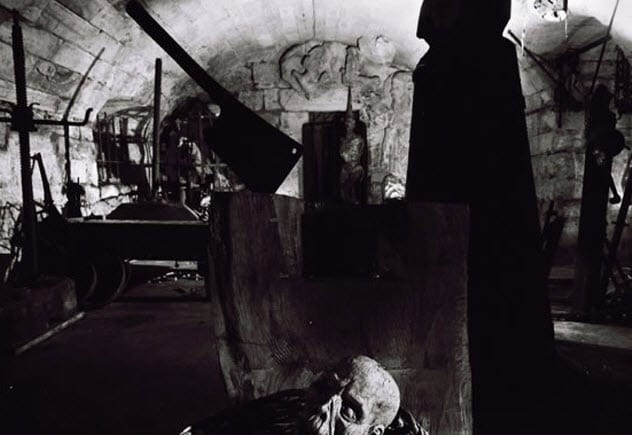 Strategically located in Northumberland, England, Chillingham Castle was a key stronghold during the bloody Border Wars. Edward the Longshanks launched campaigns against the Scottish rebel William Wallace from there.

Chillingham was renowned for its dungeon and torture chambers. They contained boiling pots, eye gougers, barrels of spikes, and cages filled with starving rats that ate their way through victims.

The walls are covered in the scratch marks of its victims, who awaited their deaths by being tossed 6 meters (20 ft) down into the oubliette. There are even tales of prisoners feeding on the flesh of the deceased in this hellhole.

Given its savage history, Chillingham Castle is considered one of the most haunted places in England. Many claim to see the ghost of John Sage, who was the torturer for Edward the Longshanks until Edward ran out of money and executed Sage.

Others claim to hear the shouts of the blue boy, who was walled up and left to die. Some say his fingers are worn away from trying to scratch his way out. 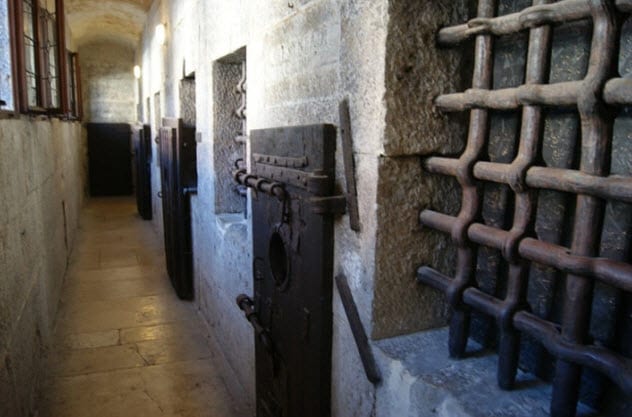 Venice once controlled half of the Mediterranean, which was ruled from the Palazzo Ducale. Its dungeons were as horrible as its architecture was magnificent. The palace contained a torture chamber where victims were suspended from the ceiling—with arms dislocating and ribs breaking in the process.

Beyond the torture chamber, there were seven piombi (“prison cells”) where prisoners awaited their fates while listening to others scream. Giacomo Casanova was imprisoned there in 1755.

With its tremendous political power, Venice was a hotbed of intrigue. Venetians were encouraged to slip accusations against their neighbors into special letterboxes throughout the city. Venetian authorities also kept a secret archive within the palace. It contained information about everything from the field positions of soldiers to the sex lives of Venetian citizens. 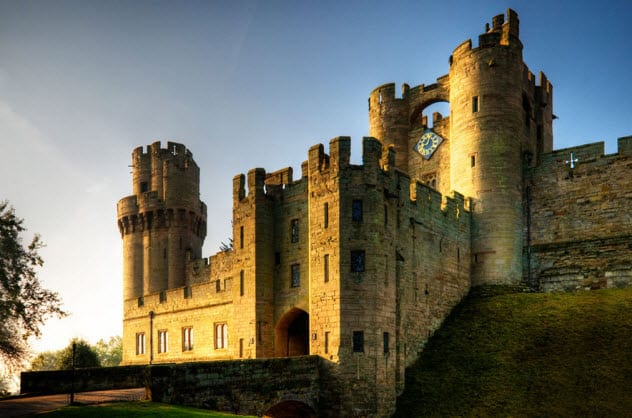 Built by William the Conqueror in 1068, Warwick Castle has a long and bloody history. The dungeon dates back to 1345 when England was in the grip of the plague. The seven-chamber complex has seen torture, bloodshed, and festering shadows.

Until the 18th century, England had one of the harshest penal systems in the world. Even minor offensives were punishable by death. In the 1640s, the castle served as a Parliamentary stronghold where Royalists were held captive and tortured.

Warwick’s dungeons have become a popular tourist destination. The fake blood and life-size models of victims are terrifying. Guides gleefully demonstrate some of the most horrific tortures from Warwick’s past—like ripping out tongues. In the first month after tours of the dungeon began in 2009, 15 people fainted and four experienced fear-inspired vomiting. 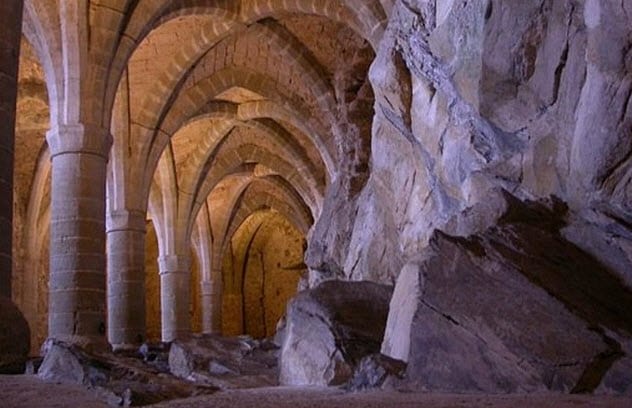 Switzerland’s Chillon Castle is built on a rocky inlet on Lake Geneva on the edge of the Bernese Alps. Despite its picturesque setting, the castle is best known for its dungeon.

Constructed in the 13th century on the location of an earlier fortress, the medieval castle was the setting for Lord Byron’s epic poem The Prisoner of Chillon. The work follows a monk, Francois Bonivard, who was imprisoned there between 1532 and 1536.

The dungeon was carved out of the rock that supports Chillon. The castle needed a prison to control its financial interest. Chillon sits on a choke point for trade heading south into Italy through the Great St. Bernard Pass. There is even evidence that Romans used the location as an outpost.

It has always been an ideal place to collect taxes. People love the macabre, and Chillon Castle’s dungeon remains the most popular tourist destination in Switzerland. 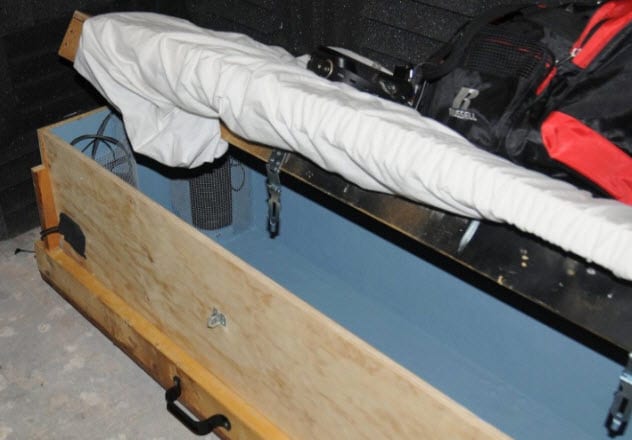 Dungeons are not just a thing of the past. In 2012, authorities arrested a Boston-area man named Geoffrey Portway for plotting to kidnap, torture, and eat children. As vile as Portway’s fantasies were, his dungeon was even more horrifying.

There is no evidence that Portway used the soundproof dungeon for anything more than fantasizing. However, a search of his home uncovered thousands of images of child pornography, including many that appear to feature dead children.

Ronald Brown, a Florida puppeteer and one of Portway’s “pen pals,” was sentenced to 20 years in prison for child pornography and conspiracy to kidnap a child. Brown’s website, Puppets Plus, promised “grins and giggles” while he was plotting to rape and eat children.

10 Vengeful Ghosts In Folklore And Mythology