Winston Groom’s Forrest Gump had a remarkable knack of being at the right place, at the right time, multiples times. By sheer luck, if one can call it that, Gump inspired world shakers and witnessed generational defining moments. Of course, he had the advantage of being fictional. The following 10 people repeatedly popped up at historical events. Unlike a box of chocolates, their lives were not always sweet.

Jenny and Jason Cairns-Lawrence should have just stayed at home. Most vacations count as a disaster if someone gets a sunburn. The British couple has much higher standards. By strange luck, their trips wound up following three separate devastating terrorist attacks.

Their first trip was to see the New York City skyscrapers in 2001. During their visit, the skyline was forever changed following the attacks on 9/11. Understandably shy about returning to the United States, they decided to stay in their home country. In July 2005, they visited London. For the first time in British history, a series of suicide bombers attacked the country in the July 7th subway bombings.

In November 2008, the couple’s bad fortune continued. This time they headed for Mumbai, India. On November 26th, assassins affiliated with the Pakistani terrorist group Lashkar-e-Tayyiba shot 164 civilians across several locations in the city. Due to their distance from the tragic events, Jenny and Jason Cairns-Lawrence were fortunately never hurt.[1] 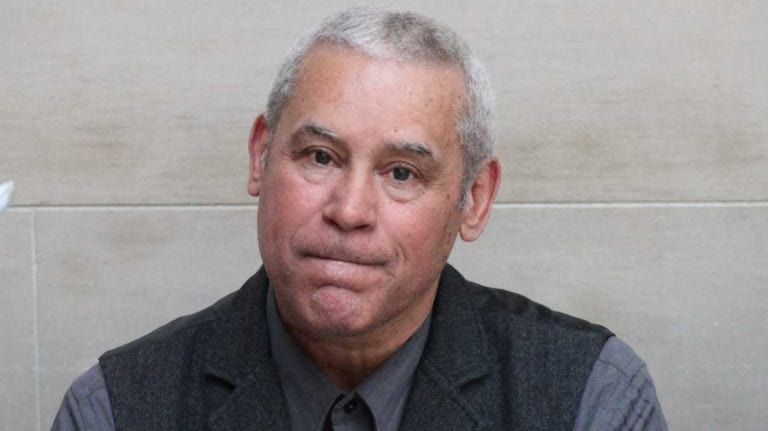 In the early days of the game, baseball forfeits were common. Now, they are practically nonexistent. Since 1955, there have only been five forfeits in all of Major League Baseball. Rusty Torres had the unlucky privilege of playing in three of them.

On his birthday, September 30th 1971, Rusty received a pretty bad present. During his ninth major league game ever, rowdy Washington Senators fan stormed the field. Outraged by the Senators upcoming move to Texas, the supporters looted the diamond. A MLB game was forfeited for the first time in 16 years. The next one came much sooner.

In 1973, Torres was traded from the Yankees to the Cleveland Indians. Torres was set to score the Indians winning run on June 4, 1974 before inebriated fans rioted during the disastrous Ten Cent Beer Night promotion. After drunkards threw rocks and bottles at the players, the Indians forfeited.

In 1978, Torres was traded to the Chicago White Sox. On August 4, 1979, he played in the midst of the infamous “Disco Demolition Night.” In between a doubleheader, fans literally blew up records in the outfield. The resulting crater from the explosion and chaos from police bashing disco haters with riot gear made the field inoperable.[2] 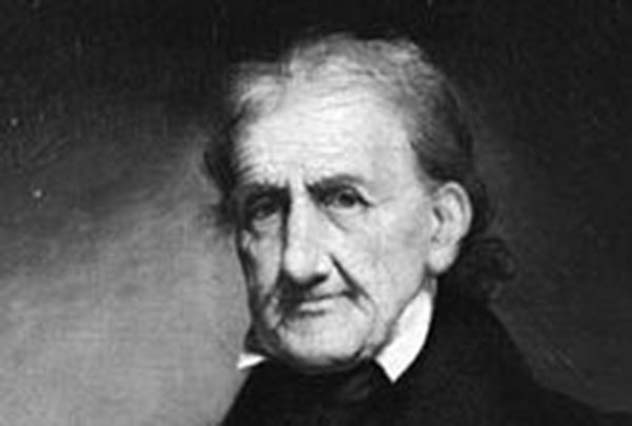 George Hewes was too short to be a Loyalist. Denied from enlisting in Britain’s army due to his height, he converted to the Patriot’s cause. During some of Massachusetts’ earliest political protests, Hewes became one of the more prominent activists.

Hewes supported revolting after witnessing the Boston Massacre. As part of the mob of protesters, Hewes was struck by a British officer’s rifle butt. Three years later, Hewes got revenge by joining the rowdy mass at the Boston Tea Party. Hewes forced the Captain to unlock the tea chests necessary for the rebellion. A month later, Hewes was one of the few vigilantes who objected to tarring and feathering John Malcolm.

When the colonies went to war in 1776, so did Hewes. His military career was less illustrative than his antebellum activism. His main tactical victory was piloting a ship called the “Diamond” that commandeered three enemy vessels. After that, Hewes lived a relatively quiet life. Dying at 98, George Hewes was one of the last survivors of the American Revolution. Even in death, George Hewes had one more claim to fame.[3] 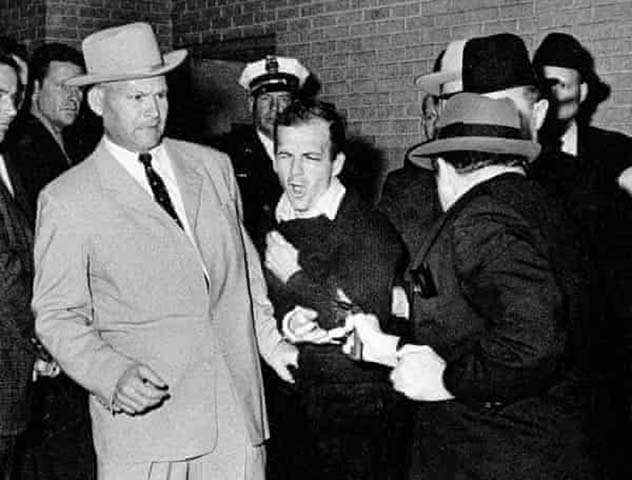 Jim Leavelle was not supposed to work on November 22, 1963. When news broke that President John F. Kennedy had been shot, he did not have much of a choice but to go into the office. Leavelle was assigned to deal with a lower case, the murder of Officer J.D. Tippit. Leavelle was in charge of questioning Tippit’s suspected shooter, Lee Harvey Oswald.

On November 24, 1963, Leavelle was assigned to transfer Oswald. While Oswald was handcuffed to Leavelle, local nightclub operator Jack Ruby barged into the garage of police headquarters and shot the assassin. Photographs of the event capture Leavelle’s shocked reaction under his white Stetson Cowboy hat.

Twenty-two years earlier, Leavelle witnessed another surprising attack. In 1940, Leavelle joined the U.S. Navy. Shortly later, he was stationed to the USS Whitney. During the attack on Pearl Harbor, Japanese “bullets bounced off the ship”. Neither Leavelle nor anybody else onboard the Whitney suffered serious damage in the battle.[4] 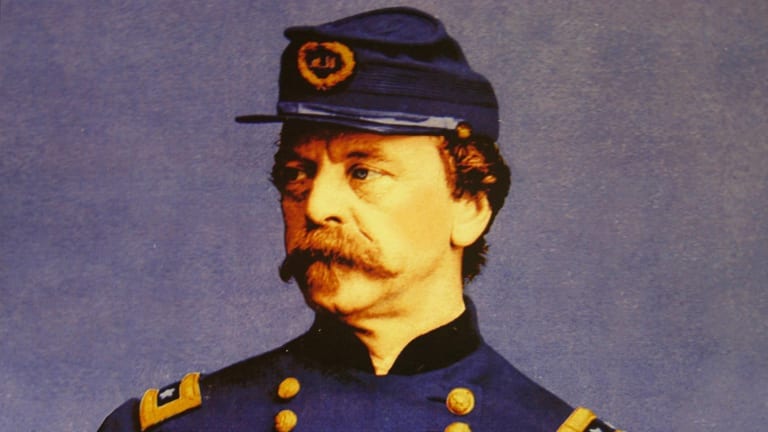 Daniel Sickles was not insane. His life was. Rumored sexual partners included both Queen Elizabeth II of Spain and Mary Todd Lincoln. Despite his liaisons, he was greatly upset when his wife Teresa Bagioli had her own tryst with Philip Barton Key, son of composer Frances Scott Key. Unable to tolerate the infidelity, Sickles murdered Key in broad daylight. Sickle’s lawyers convinced a jury that he could not control his emotions. His acquittal was the first successful example of the temporary insanity defense.

He may not always follow them, but Sickles’ primary career was crafting laws. Elected to the New York Assembly in 1847, he persuaded the New York City Council to approve the purchase of the nearly 750 acres of land that eventually became Central Park.

After his political career, President Lincoln appointed Sickles to serve as an army officer alongside Union Major General George Mead. During the Battle of Gettysburg, Sickles flatly ignored Mead’s orders to stop troops from seizing a position on Peach Orchard. Historians disagree on how effective Sickles decision was. Some argue that he turned the battle for the Union. Critics dismiss his brashness as nearly costing the North the battle. No matter who is it right, it is just only one of the ways he changed history.[5]

Nicholas Lawson lived a swashbuckling life on the seas. His most pioneering adventure was a coincidental meeting stationed on the land. History is funny like that.

Lawson first left his Norwegian homeland in 1806. The sailor had mixed success on the waters. In 1809, Mediterranean pirates forced him into slavery. He escaped towards the United States. During the War of 1812, the fugitive distinguished himself in the U.S. Navy. Hopping around the Atlantic, he temporary settled in England and Canada. The small fortune he made trading in Canada went bankrupt by 1816. To recoup his losses, he joined the Chilean Navy. Following his military success, he was appointed to administrate the Galapagos Islands.

Serving as the Vice-Governor, Lawson tended to the Governor’s responsibilities while the Governor was away on different islands. That is how one day in 1835, Lawson was required to entertain a new shipload of naturalists. While serving them dinner, Lawson offhandedly mentioned that he knew which island a tortoise came from just by looking at its shell. The notion that changes in the environment manifest themselves in animal species piqued the interest of one of the guests. Spurred on by Lawson’s comment, that guest, Charles Darwin, further studied the island’s species.[6] 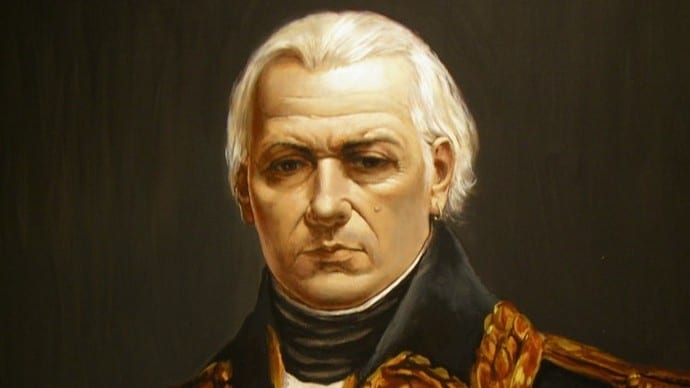 In the 1700’s, revolution gripped the world. Sebastian Francisco de Miranda was there for all of them. Supportive of his fellow revolutionaries, the Spanish officer Miranda lent George Washington aid during the Battle of Yorktown. In America, he fraternized with Alexander Hamilton and Thomas Paine. High ranking friends like these did not prevent him from being arrested in 1784 for selling black market goods in London.

He escaped prison. On the lam, he traveled around Europe. One stop in Russia led him to enjoying the night in Catherine the Great’s bedroom. Hightailing out of the empress’ chambers, he ended up in France. Miranda defended Paris from invading Prussians and Austrians forces. His valor was not appreciated. Swept up in “The Terror” of 1793, Miranda was twice sentence to the guillotine. In a rare show of leniency, he successfully defended himself to his executioners both times. 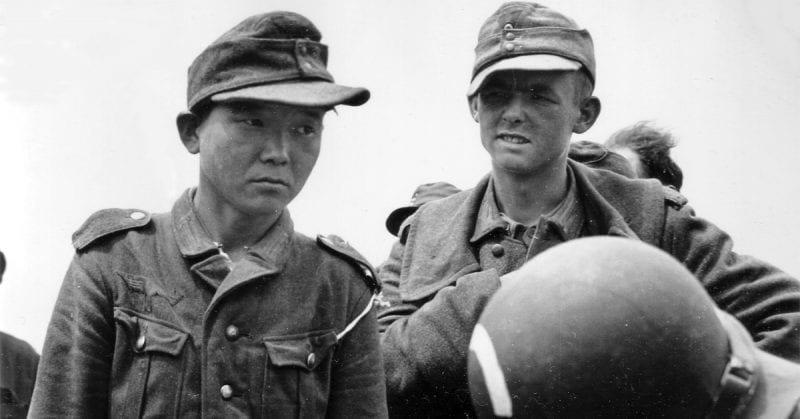 Yang Kyoungjong was good at being a soldier. He just had a terrible time choosing a side. By World War II’s end, he was supposedly the only person to have fought for three separate armies. When war broke out, he was conscripted into the Kwantung army in 1938. The troops were deployed to fight the Soviet Union’s army at the Mongolian border during the Battle of Khalkhin Gol. In the decisive Soviet victory, Kyoungjong was captured and sent to a labor camp.

With a dwindling supply of troops, the USSR recruited men from internment camps to fight for the nation. Kyoungjong’s tenure as a Red soldier was short lived. A year later at the Third Battle of Kharkov, the German forces seized Kyoungjong as a prisoner of war. That winding journey is how a Korean born soldier was compelled to fight for the Nazis on D-Day. Much like the war at large, the battle was a turning point for Kyoungjong. The American army captured Kyoungjong. Kyoungjong was stationed in a British POW camp until the war’s end.[8] 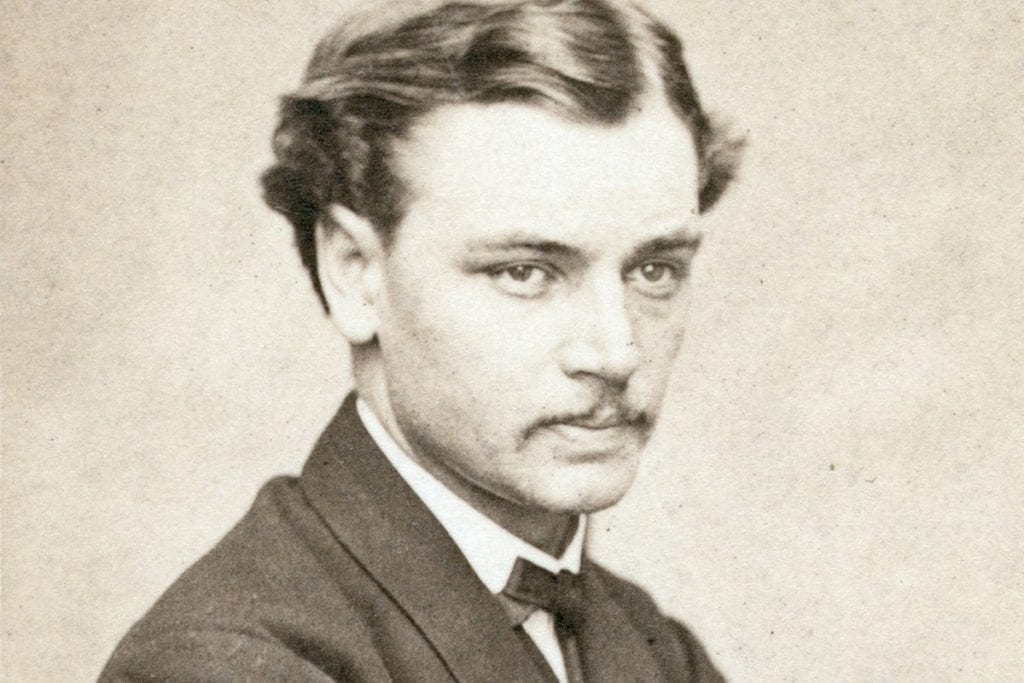 Robert Todd Lincoln thought he was cursed. He promised to never meet another United States President as long as he lived. It was for their benefit. By a bizarre coincidence, he was present for three separate presidential assassinations.

The first one was personal. Lincoln was in Washington D.C. the night John Wilkes Booth shot his father. Upon hearing the news, Robert ran to the Peterson House across the street from Ford’s Theatre. Consoling his mother, Robert and Mary Todd watched as Abraham Lincoln died.

Following in his late father’s footsteps, Lincoln got into politics. Lincoln joined James Garfield’s cabinet as the Secretary of War. Four months into the administration, Lincoln accompanied Garfield to the DC railroad station. Assassin Charles Guiteau ended any of Garfield’s future travel plans by shooting the president twice.

Despite the growing death toll, Lincoln still hobnobbed with the political elite. President William McKinley invited Lincoln to meet him at the Pan American Exposition in 1901. While Lincoln was wandering the fairgrounds to meet McKinley, Leon Czolgosz was busy murdering the president.[9] 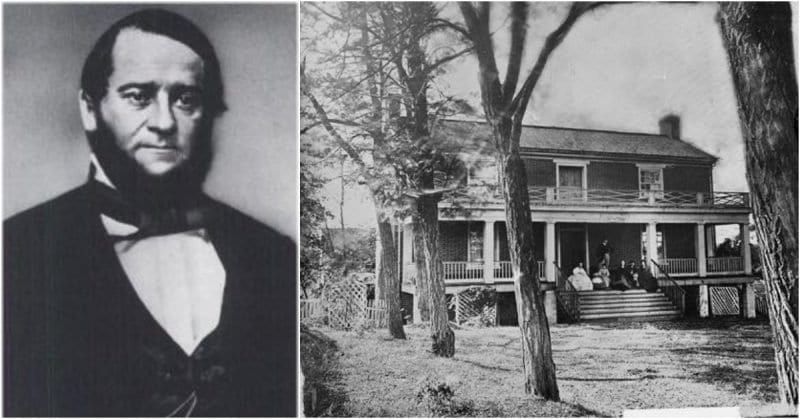 Despite never fighting in any battle, The Civil War haunted Wilmer McLean. He had a bad habit of living in important battle fields. During the Battle of Blackburn’s Ford, a union shell crashed into his kitchen. Three days later, his house was seized in the first major battle of the American Civil War, the Battle of Bull Run. Confederate General P.G.T. Beauregard commandeered McLean’s farmhouse as his headquarters.

Following the Second Battle of Bull Run a year later, McLean and his family moved to Appomattox Court House in 1863. Two years later, Confederate General Robert E. Lee surrendered to Union General Ulysses S. Grant in the Virginian hamlet. The two needed a house to sign the agreement. Picking the first man he saw, Confederate Colonel Charles Marshall asked McLean to use his parlor. Once the document was signed, Union officers commemorated the historic victory by looting the house. Raiding soldiers took the family’s tables, chairs, candlesticks, and even McLean’s 7-year-old daughter’s doll. The war ended like it began, by ruining Wilmer McLean’s home.[10]