Sometimes, life is stranger than fiction. Unfortunately, life doesn’t discriminate as to what type of fiction we’re talking about. If you’re the type who tends to lie awake for too long after a few chapters of the latest Stephen King novel or a particularly gruesome Netflix selection, then we’re afraid the winks may be hard to come by tonight after this sampling of the insane yarns that real life can spin. 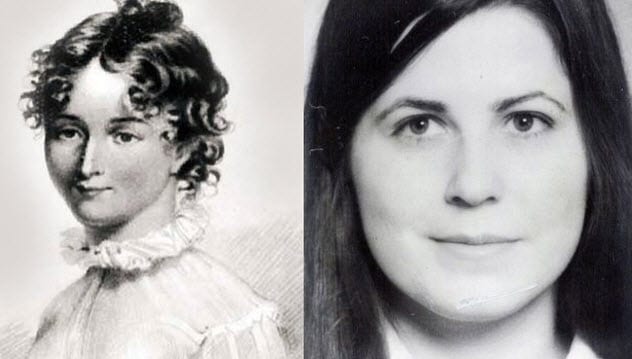 In Birmingham, England, a 20-year-old woman returned from a dance with a friend on the evening of May 27. After parting ways with her companion, the young woman never reached home.

The next morning, she was discovered—assaulted and murdered—in Erdington Park. Although a man named Thornton was charged with the crime, he was acquitted. The murder was never solved.

The young victim’s name was Mary Ashford, and the story took place in 1817. And . . . again in 1974 with a victim named Barbara Forrest. These two girls met their fates 157 years apart under bizarrely similar circumstances. Neither of their killers was ever brought to justice. 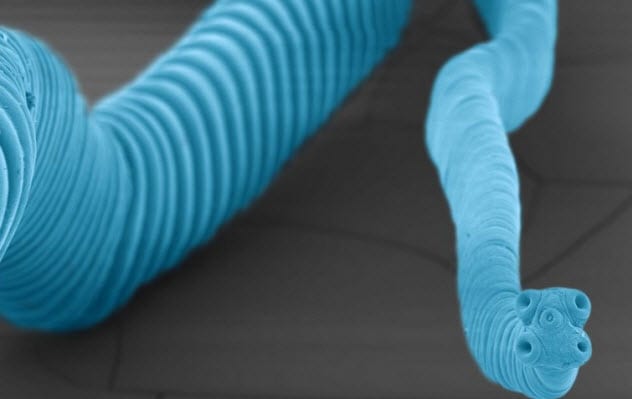 Doctors at a hospital in Medellin, Colombia, were presented with a patient who was in bad shape. The 41-year-old man was HIV-positive and off his medication, was having breathing problems, and was dealing with a tapeworm infection.

Tumors on his lungs indicated that the breathing trouble was likely due to previously undetected cancer, but there was something odd about the tumors. As one of the man’s doctors put it, “It looked like cancer, but the tumors were composed of cells that were not human.”

The tumors—which had attacked the man’s lungs, liver, and adrenal glands—were confirmed by DNA testing to be composed of tapeworm cells. Apparently, the man’s compromised immune system had allowed a nonhuman, invertebrate form of cancer to take hold in his body.

Doctors were unsure how to approach treatment, but they never got the chance to try. Within 72 hours of his bizarre diagnosis, the patient was dead. 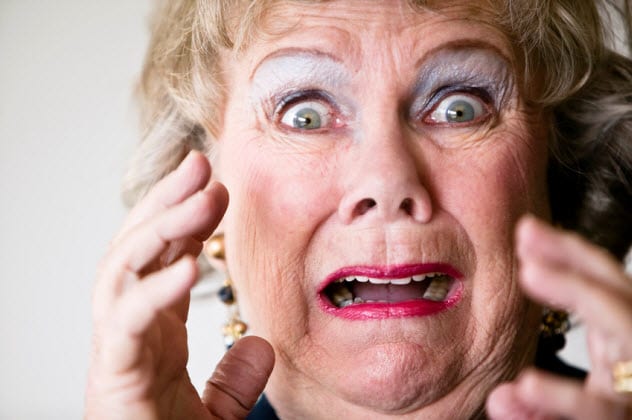 University of Kentucky physicians were similarly perplexed by a 67-year-old patient who was experiencing disquieting symptoms. Although she had no history of dementia or mental problems, she had been seeing things hovering around her all the time. Specifically, faces . . . terrifying, disembodied, elongated faces with huge eyes and teeth.

Understandably afraid that she might be losing her mind, the woman was almost relieved to receive a diagnosis of Charles Bonnet syndrome, which occurs in patients with rapidly deteriorating vision. Accustomed to constant input, the brains of patients with this condition simply make up their own input to replace whatever is missing.

The resulting hallucinations are usually more benign, such as flashes of color or small animals. In this woman’s case, the bloodcurdling visions became less frequent once she was diagnosed. 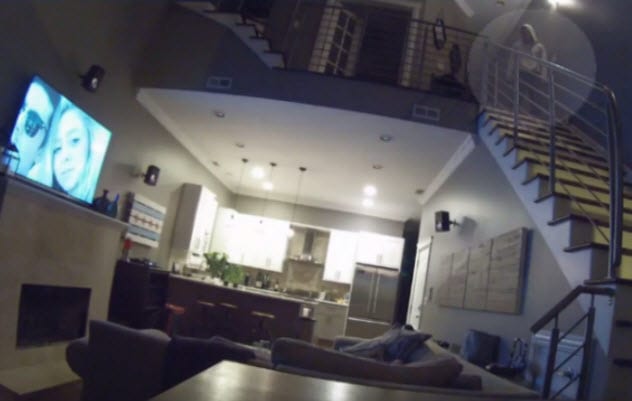 When an Illinois woman’s purse went missing from her home one evening, her boyfriend decided to review the footage from the home’s multi-camera security system to pinpoint where she had misplaced it.

As the couple watched footage of themselves sleeping on the couch in the foreground, their blood ran cold as an intruder emerged on the recording at the top of the stairs. He was holding the purse. Standing motionless, the man watched the couple as they slept. For 15 solid minutes.

The door to their balcony had been left unlocked, which was the only way the intruder could have entered. Although nothing was stolen except the woman’s purse, one can imagine the supreme unease that must linger after watching that eerie footage, especially considering that the man has not been caught. 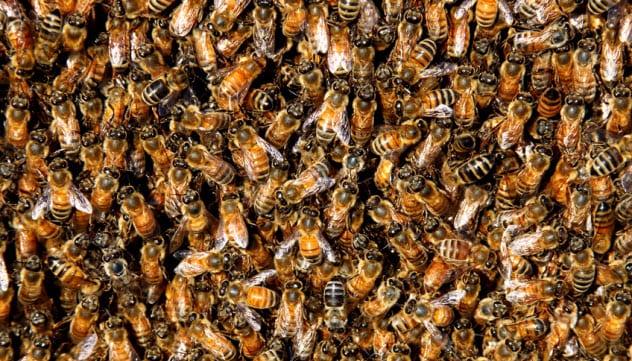 As two young hikers got ready for an easy jaunt through a park in Arizona during the day, a cloud suddenly appeared on the horizon. The cloud of thousands of angry, swarming bees immediately seemed to zero in on one unfortunate 23-year-old man.

As his horrified companion watched, the man was set upon by the entire swarm. A fellow hiker and a pair of park rangers were unable to even approach the man, who was completely enveloped by bees. Responders reported that the man was still covered with bees when he was loaded into an emergency vehicle. The entire swarm even pursued the responders as they rushed him to the hospital.

Upon arrival, the swarm had finally dissipated enough for the man to be treated but only because the bees had done their job. The man died shortly thereafter. 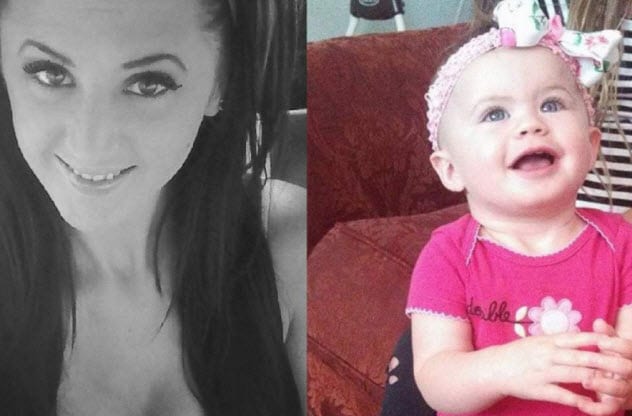 Responding to a tip from a local fisherman, two Utah police officers discovered an overturned car in the frigid waters of a river outside the town of Spanish Fork. Suddenly, they were shocked to hear a voice—faint but unmistakable—coming from the car. “Help me,” it called.

The voice “wasn’t just in our heads . . . it was plain as day. I remember hearing a voice that didn’t sound like a child, just saying ‘help me,’ ” explained one of the officers. Despite hanging upside down for 14 hours in the bitter cold with no food or water, the child survived—thanks largely to her mysterious guardian. 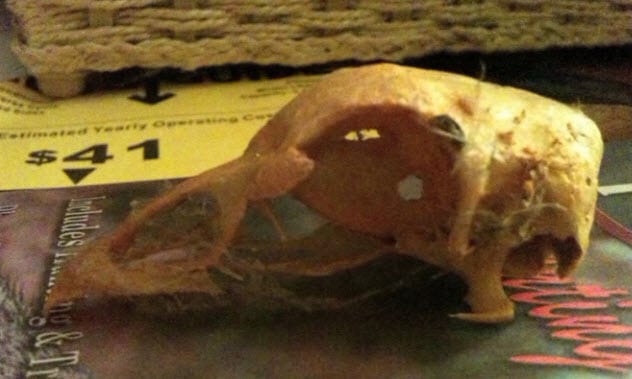 For one Pennsylvania couple who wanted to put new insulation in their recently purchased older home, their renovation became the stuff of horror movies as they uncovered the “insulation” that was already in place.

Throughout the walls, there were spices and other odd items amid the carcasses of dozens of animals wrapped in tattered newspapers from nearly a century ago. Cleanup of the grisly find was not covered by their homeowner’s insurance because the problem (obviously) predated their policy. As a result, the family was forced to remove the mess themselves at their own cost.

Local historians say the items are of the type that would have been used in old Dutch magic . . . which doesn’t make living in the house any less creepy. Nor does the smell, which won’t go away, and the fact that some of the walls have not been renovated yet. 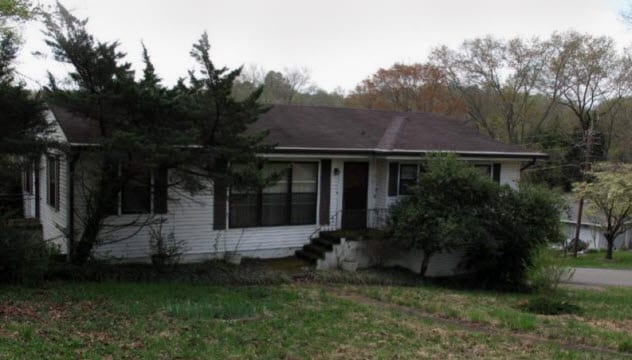 In a suburban neighborhood of Chattanooga, Tennessee, there was a well-kept house occupied by two elderly men. Neighbors hadn’t seen the identical twin brothers for some time, although the lawn was well maintained and the mail never piled up. Family members had last attempted to check on them a few years earlier but had been unable to gain entry. The pair normally kept to themselves.

When police finally forced their way in to do a welfare check at the insistence of neighborhood residents, they were met with an eerie sight: the skeletal remains of the two brothers, side by side in their respective easy chairs. They had apparently died as they had lived—in isolation.

And so they remained silently sharing each other’s company for over three years until they were discovered. No signs of foul play were found, which does nothing to make this story any less creepy. 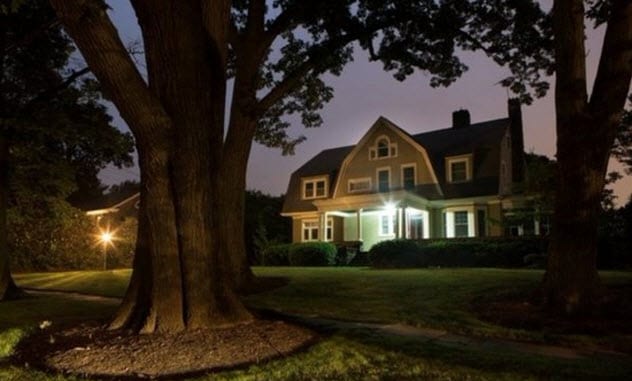 After one Pennsylvania family’s purchase of their $1.3 million dream home, letters began arriving at the home from someone calling themselves “The Watcher.” And indeed, this person seemed to be watching.

The letter writer began asking unsettling questions like “Have they found what’s in the walls yet?” They also expressed their pleasure to “know your names now and the name of the young blood you have brought to me.”

An investigation by local police yielded nothing. As for the family, they moved out immediately and filed suit against the previous owners of the house. 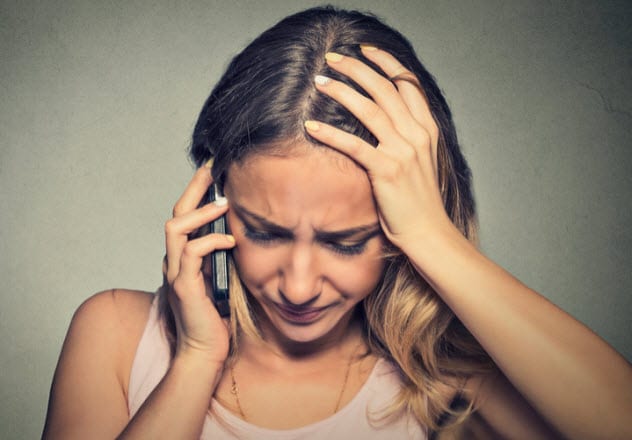 Similar troubles began for a Washington family when their teenage daughter’s phone began sending texts . . . by itself. The family’s devices began to turn against them as an anonymous, scratchy-voiced stalker—whom the family dubbed “Restricted”—began calling with details of where they had been, what they were wearing, and what they were doing at that very moment. He said he was going to cut their throats.

The stalker or stalkers have still not been identified. Neither has a potential motive nor even the means by which this harassment was carried out. 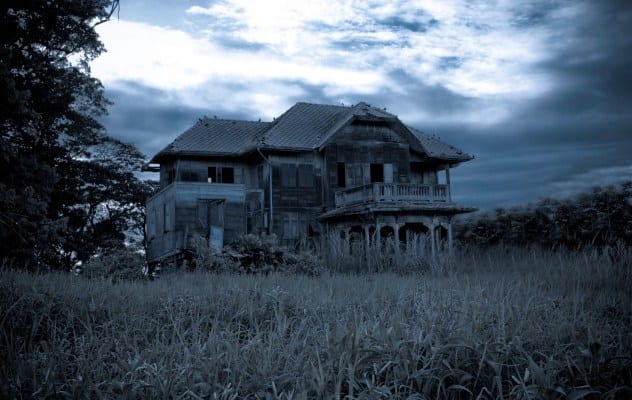 The creepiness doesn’t end there! Here are some of our most creepy lists from the archives: