We all like to think we’ll live long lives and expire peacefully, surrounded by family and friends. Of course, we know the reality: The Grim Reaper can arrive with less than a moment’s notice and in some very unusual ways. Here are 10 stories of people who almost certainly never saw their ends coming, especially the way they happened.

Warning: Many of these stories are not for the squeamish. 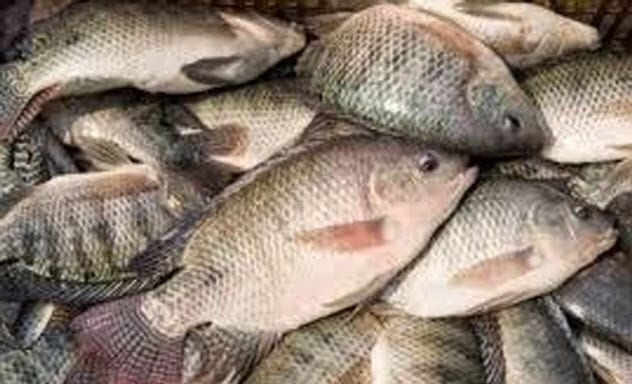 In 2016, Tanzanian fisherman Robert Mwaijega, 47, and a few friends had spent the day catching a healthy number of perege, a fish native to Tanzania, many of which were still alive and flopping about on the basin by their feet. Suddenly, one fish gave an extra-spirited flop which sent it high into the air and straight into Robert’s mouth.

As Robert’s stunned friends watched helplessly, the fish quickly wriggled its way down Robert’s throat and into his chest. As one of the men bluntly put it, “We tried to assist him, but we couldn’t do much.”

Amazingly, Robert survived his journey to the hospital despite barely being able to breathe. He expired as doctors were readying to perform emergency surgery, which they did anyway to remove the killer fish from the chest of the deceased. A local village leader described the event as “unprecedented.” 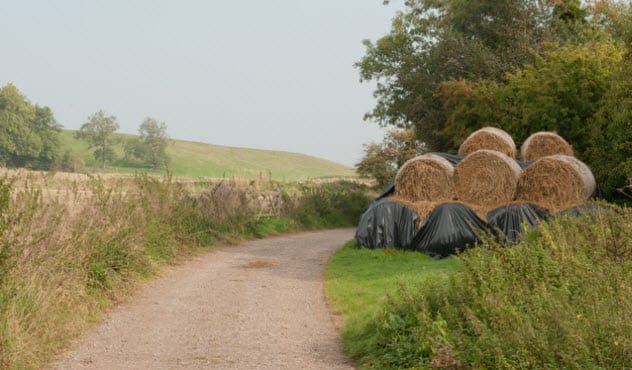 The highlight of cellist Mike Edwards’s long career in music was probably his involvement in the founding of legendary British rock band Electric Light Orchestra, in which he played from 1972 to 1975. The 62-year-old had been living the rural life in recent years when a mishap at a local farm caused his untimely demise in 2010.

Edwards was driving past the farm when the farmers somehow lost control of one of their bales of hay. The bale, 590 kilograms (1,300 lb) and 4 meters (12 ft) in diameter, had been resting on an incline when, for unknown reasons, it decided to roll.

It gathered speed, careened over a hedge, and deposited itself directly on top of Edwards’s moving van, crushing it and him almost instantly. An investigation was conducted into the incident, and the farmers were eventually cleared of any wrongdoing. 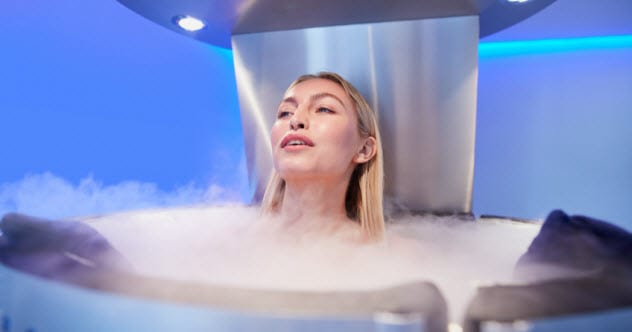 Cryotherapy is a relatively new health craze for the relief of muscle and joint pain. It’s similar to an ice bath except that participants are treated to a 2–3 minute blast of supercooled air inside a cylindrical chamber. (The head stays out.)

While the supposed health benefits are questionable, the practice came under new scrutiny after a freak accident which occurred around Halloween 2015. Chelsea Ake-Salvacion, 24, worked at the Las Vegas spa where the incident took place and decided to do a quick treatment after hours—and alone.

Although the details are unclear, it appears that she lost consciousness and was found dead—frozen completely solid—by her coworkers the next day. According to the county coroner, Chelsea died from asphyxia due to low levels of oxygen. 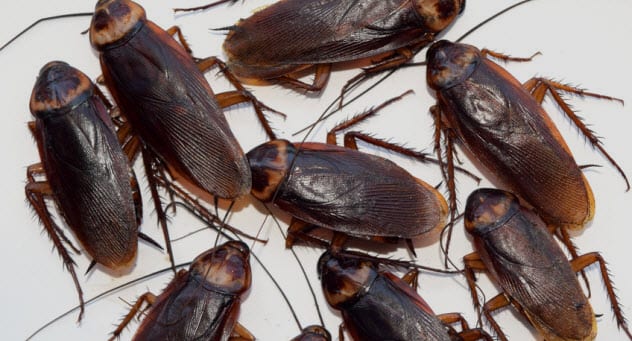 In 2012, Edward Archbold, 32, wanted a python very badly. The owner of the Ben Siegel Reptile Store in Florida was giving one away in a contest to the lucky contestant who could eat the most cockroaches. As it was a reptile store, we’re assuming they had a surplus.

Edward was winning against the 30 other competitors when something went terribly wrong. It seems he simply tried to stuff too many live cockroaches down his throat at once.

Before anyone could administer aid, Edward asphyxiated on them. While the store’s owner obviously felt terrible, all contestants had previously signed a waiver “accepting responsibility for their participation in this unique and unorthodox contest.”

6 Death From Above: Bovine Edition 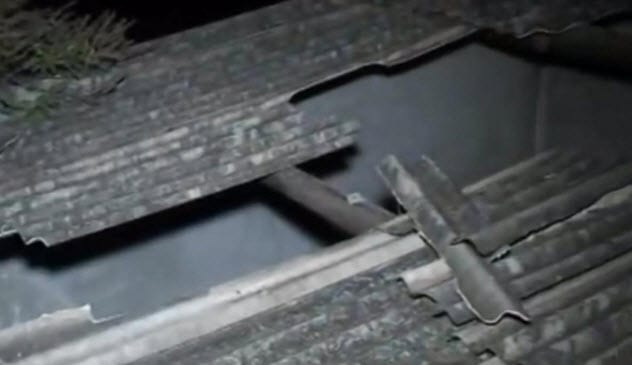 Runaway bales of hay are one thing, but few objects are expected to drop out of the sky less than a fully grown cow. Although this wasn’t exactly the case, it made little difference to Brazilian Joao Maria de Souza. In 2013, he was sleeping peacefully in bed next to his wife when just such an animal crashed through the roof of his house and fell directly on top of him.

Unfortunately, the couple’s house backed up to a steep hill. The 1,360-kilogram (3,000 lb) cow, which had liberated itself from a nearby farm, is thought to have used this hill to access the roof because few other explanations make sense.

The corrugated steel roof did not hold up for long. Mr. de Souza died the next day from his injuries. Incredibly, both Mrs. de Souza and the cow were completely uninjured.

5 The Last Place On Earth 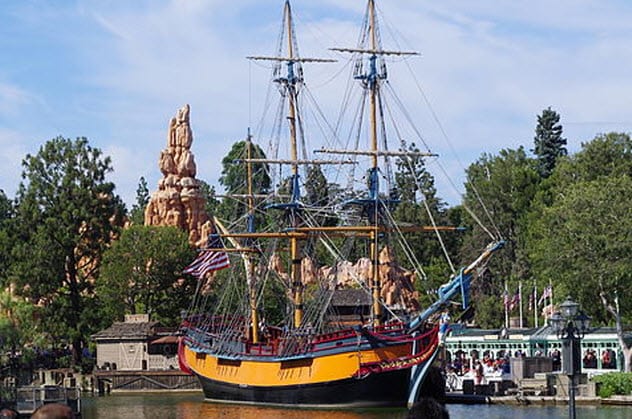 While many tourists have met untimely ends at Disneyland, virtually all such incidents are due to the flouting of safety regulations on the part of the deceased. Not so for the accident that befell tourist Luan Phi Dawson, 33, a Washington software engineer visiting the park with his family on Christmas Eve 1998. His death is believed to be the first at the park caused by operator error.

The family was waiting to board the Columbia, a replica of an 18th-century ship and one of the park’s tamest rides. The ride’s operator—who was also severely injured—failed to dock the ship properly, and a metal cleat pulled loose from the ship. Under high tension, it sailed through the air and struck Dawson squarely in the face, killing him instantly.

Afterward, park officials came under criticism for cleaning up the accident scene before police arrived. But this is likely because the police took over four hours to get there. The incident resulted in a full-time police station being installed in the park.

4 The Jaws Of Death 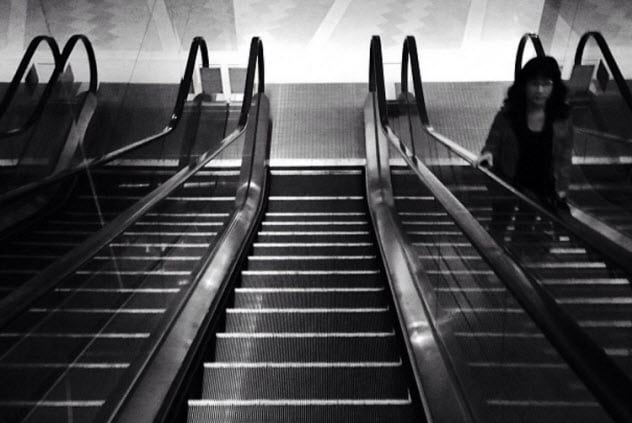 In 2015, Xiang Liujuan, 30, was enjoying a day at the mall with her two-year-old son in China’s Hubei province when she was killed in a bizarre and grisly accident. As she descended the escalator, the bottom floor paneling that concealed its inner workings suddenly gave way.

Thinking quickly, she tossed her toddler to a nearby mall employee—and safety—a split second before disappearing into the churning machinery. Another employee attempted to grab her, but the incident simply happened too fast. Horrified onlookers could do nothing but watch as the woman was sucked into the escalator’s inner workings.

Apparently, the escalator had just undergone maintenance and workers had failed to secure the floor plate afterward. Firefighters needed over four hours to disassemble the machine and retrieve the woman’s remains. 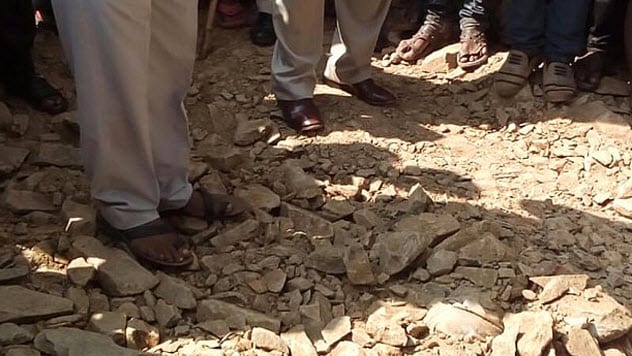 Owing to its monsoon season and haphazard maintenance, India has long had a problem with the quality of its roads. One night in 2015, a crew was repairing a particularly damaged road in New Delhi when they failed to notice a critical detail. At the bottom of the hole they were filling in was local farmworker Latori Barman, 45, who was passed out drunk and therefore failed to notice the crew busily filling his grave.

The workers flattened the fresh patch with a steamroller and went about their business. Nobody knew anything was amiss until the next day. Latori had somehow managed to make partial progress in extracting himself, and part of his arm was visibly sticking out of the freshly laid road. It was determined that he had suffocated, and two of the workers responsible were charged with culpable homicide. 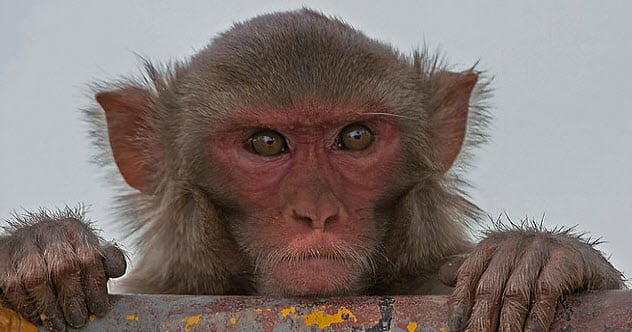 In 2007, Surinder Singh Bajwa, the deputy mayor of New Delhi, was enjoying a quiet night at home when it was disrupted by a pest infestation. They were not the type of pests that most are accustomed to, however. Bajwa was suddenly dealing with a large pack of angry rhesus monkeys that had somehow gained entry to his house.

While nuisance monkeys are a known issue in New Delhi, this particular pack was spoiling for a fight, forcing Bajwa onto his balcony. Although the details are unclear, it appears that the pack followed him onto the balcony, causing Bajwa to take a header over the edge.

He died at the hospital of injuries from his fall. Coincidentally, Bajwa’s political party had recently come under criticism for failing to take proper steps to rid the city of nuisance animals. 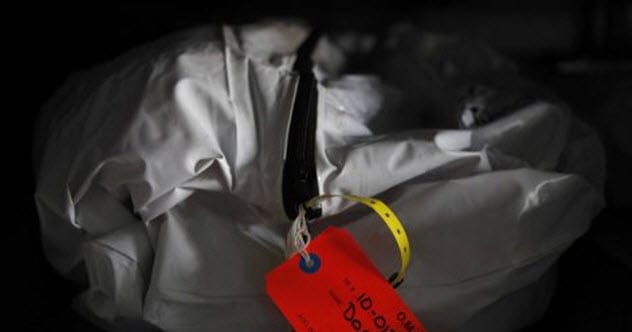 In 2010, Maria de Jesus Arroyo, 80, was rushed to a Los Angeles hospital after suffering a heart attack. Doctors were unable to revive her, but her night was about to get a lot worse.

The next morning, lab technicians found her in the body bag in which she had been sealed, which was inside a freezer compartment. The bag, however, was partially open, and Maria was facedown, which she had not been the night before. Also, her nose was broken and her face was riddled with cuts, which also had not previously been the case.

Initially, it was thought that her body had not been handled properly after death. But an examination by doctors revealed that she had been alive at the time of her injuries. It seems that Maria had the severe misfortune of dying twice that night—once in the presence of doctors and once alone in a cold, steel drawer in the morgue.