We write history as a battle between heroes and monsters. But even the darkest shade of black retains a glimmer of light. Although the people on this list deserve their labels as history’s worst monsters, every one of them has done some good—and many in ways that still affect our lives today. 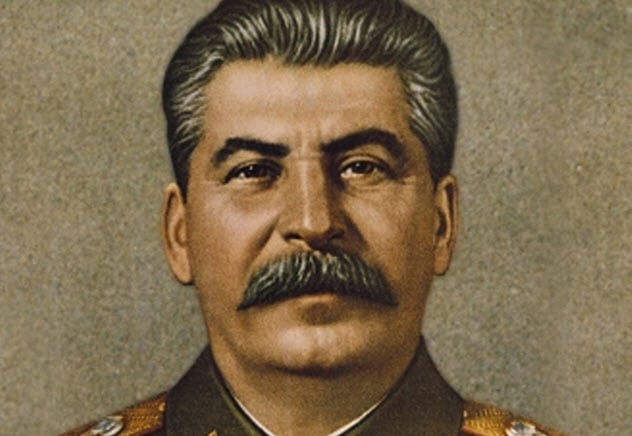 Joseph Stalin ruled with an iron fist that terrorized Russia. He is responsible for the wholesale slaughter of 20 million of his own people. Life under Stalin, the statistics suggest, must have been brutish and short.

In reality, though, it was the exact opposite. During Stalin’s reign, the average Russian life span more than doubled from 32 to 68 years.

Before the communist revolution, Russia’s people lived horrid, peasant lifestyles. Stalin played a major role in getting them out of that. He introduced a series of five-year plans that worked wonders.

Under Stalin, employment doubled, industrial output increased by 40 percent, and the country experienced an annual growth rate of 18 percent. Free health care and education was granted to everyone, and diseases dropped to record lows. 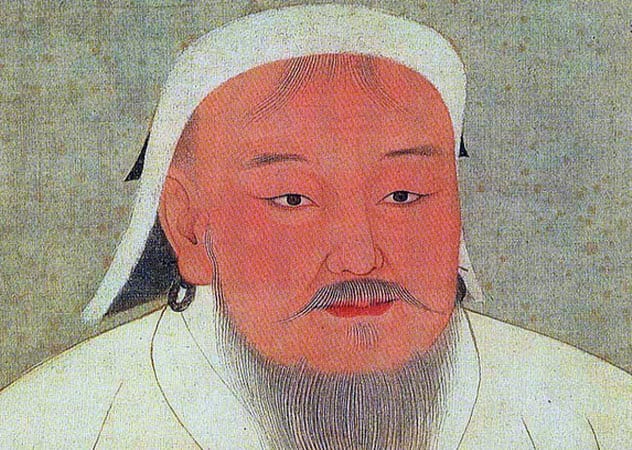 Genghis Khan and his army swept through Asia, ruthlessly murdering, raping, and pillaging in any city whose population refused to kneel. By the end of his reign, he had wiped out nearly one-fifth of the world’s population and conquered almost a quarter of its land.

Life was horrible for his enemies. But for the people living in Genghis Khan’s empire, things were actually pretty good. The Mongolian Khans ensured complete religious freedom for all of their people and let Buddhist and Muslim leaders rise to the highest levels of Mongolian government.

Genghis Khan also started one of the first international postal services. His network sent mail from Russia to China and was so massive that it established 1,400 postal stations in China alone.

The countries he conquered flourished economically because of the new opportunities Mongolia afforded them. Since these countries were allowed religious and cultural liberties, their cultures flourished, too.

8 The Nazis Were Trailblazers In Animal Rights 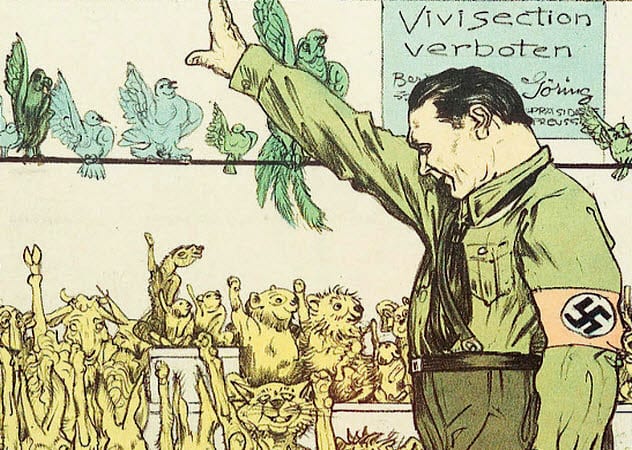 The Nazis were surprisingly benevolent when it came to animals. You may have heard that Adolf Hitler was a vegetarian. As it turns out, Joseph Goebbels shared Hitler’s sympathy for animal suffering and introduced surprisingly humane policies that still affect the way we treat animals today.

The Nazis passed a number of laws to make animal deaths as painless as possible. They dictated specific ways to prepare lobsters and crabs to reduce their suffering and set up a whole series of rules on how livestock could be butchered.

They were also the first government to ban vivisection, the practice of dissecting live animals for research. Today, that practice is strictly controlled in most developed countries—a social change we owe to the Nazis.

Unfortunately, the Nazis didn’t show the same sympathies for human beings as for animals. 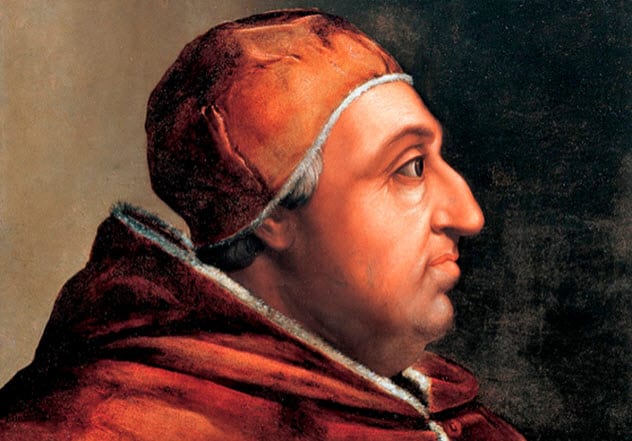 To Jewish refugees, though, Alexander VI was a hero. In 1492, when Jews were expelled from Spain, 9,000 starving and exiled people made their way to the Papal States. Although others had turned the Jews away and abused them, Alexander VI invited them in and granted them protection and freedom of religion.

Other forces tried everything they could to change his mind. Still, Alexander VI kept the Jews safe under his care. There’s reason to believe that Alexander VI only did this to make Spain mad. Whatever his motives, a lot of people owe their lives to the head of the Borgias.

6 Aaron Burr Was A Champion For Women And The Poor 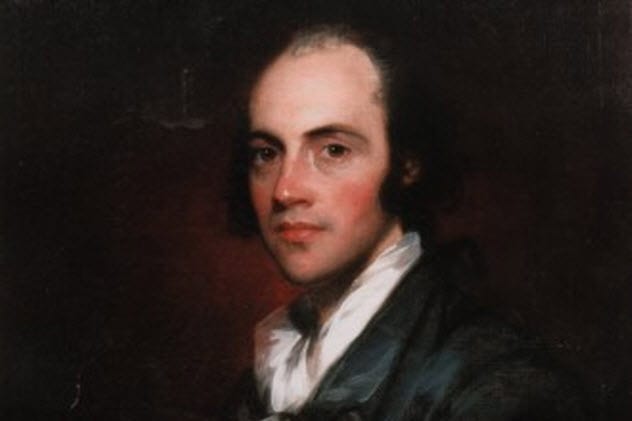 Today, Aaron Burr is best known as the vice president who killed founding father Alexander Hamilton in a duel. The story seems especially bizarre because it’s hard to understand how Burr got his position in the first place.

As it turns out, Burr was insanely popular before he shot Hamilton. In fact, so many people wanted him to be president that he almost accidentally stole the election from Thomas Jefferson.

The people loved Burr because he fought for their rights. In those days, only landowners could vote, but Burr helped enfranchise the poor through a loophole. He set up land co-ops where poor people could register as property owners and vote.

He was a champion of women’s rights, too. His daughter, Theodosia, was famous for being incredibly well-educated, and Burr was an ardent supporter of A Vindication of the Rights of Woman. 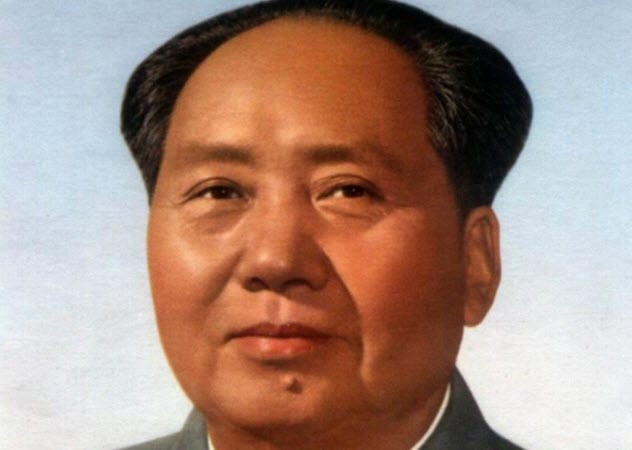 Mao Tse-tung killed more of his own people than any other leader in history. During the Great Leap Forward, his policies brought about the deaths of over 45 million people in four years.

Other than the starvations and imprisonments, though, life under Mao was actually more peaceful than it had been in a long time. Before Mao, Chinese history was filled with violence and brutality. Shortly after the dawn of the 20th century, the country fell into its infamous Warlord Era. Nearly as soon as the country started to calm down, the Japanese invaded, and that war was followed by yet another civil war.

When Mao came to power, though, the wars finally stopped—and China hasn’t endured a full-scale war since. They have sent soldiers off to support other countries and to quell rebellious states, but the rise of the People’s Republic brought a long-awaited era of peace to China.

4 Saddam Hussein Guaranteed Education And Medical Care To All 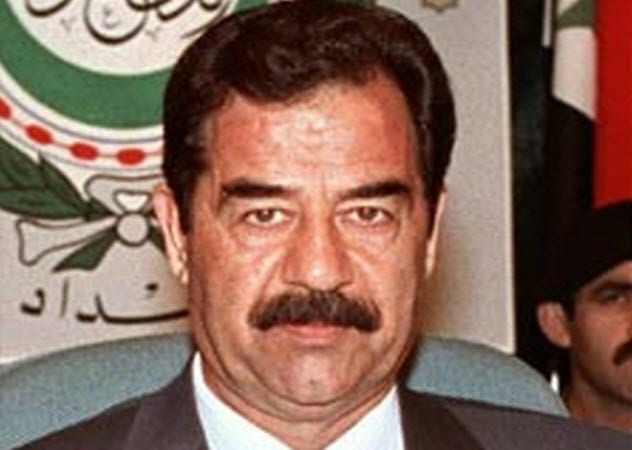 At the turn of the 21st century, Saddam Hussein was one of America’s greatest enemies. A powerful, dangerous man who had committed unbelievable atrocities, Hussein would have done much worse if he could’ve gotten his hands on the right weapons.

However, he also invested in some major developments that massively improved daily life in Iraq. Under Saddam, Iraq developed some of the best universities and hospitals in the Arab world—and every one of them was free. Literacy rates skyrocketed under Hussein—from 52 percent to 80 percent in just 10 years.

Of course, all the imprisonment and torture left enough of a sour taste in his people’s mouths for them to tear down his statues and celebrate his death. But many Iraqis reading about his fall in the newspaper could understand what they were reading because of Saddam Hussein. 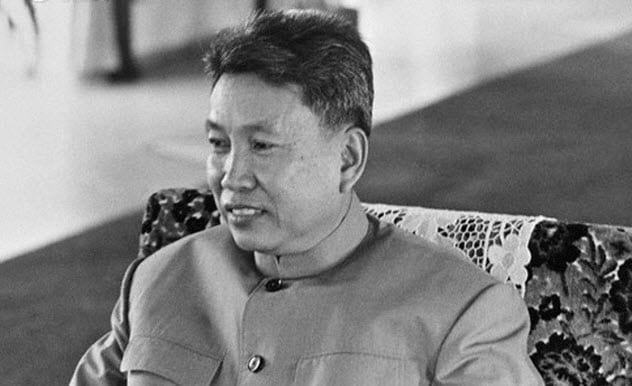 During his reign in the 20th century, Pol Pot’s Khmer Rouge wiped out more than three million people, nearly half of Cambodia’s population. Although most people hated Pol Pot, some reports say that the farmers loved him.

Before Pol Pot, the country was led by a man named Lon Nol, who was infamous for his corruption. When the Khmer Rouge overthrew Lon Nol, the United States took his side and bombarded the Cambodian countryside with bombing raids.

When Pol Pot took over, he gave some of the poor rural people a lot more power. Farms that had belonged to private landowners were broken up and given to families, giving the poor a lot of control and new opportunities.

Although his account is controversial, writer Israel Shamir claims that he has spoken to Cambodian farmers and they view Pol Pot as a hero who gave them land.

2 Women’s Rights Advanced By Leaps And Bounds Under Gadhafi 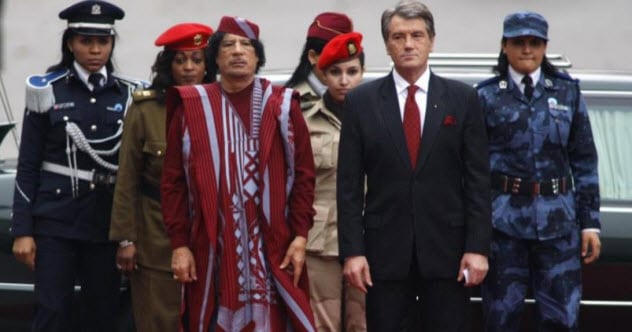 Colonel Muammar Gadhafi was a monster. When the people of Libya finally rose up against him, he showered his own subjects with bombings, opened fire on protestors, and violated every law of war in his violent onslaught against those who stood against him.

Before all that, though, he actually had some incredible social policies. Gadhafi was a major proponent of social equality. He brought free, compulsory education for both men and women to Libya, along with free medical care for all. He even tried to set up free housing for everyone, although he wasn’t able to achieve that dream.

Women, in particular, blossomed under Gadhafi. They gained new opportunities in every industry, and several high-powered women made their way into Gadhafi’s government, military, and “Amazons,” his elite group of female bodyguards.

1 Ivan The Terrible Opened Up Trade Routes That Revitalized Russia 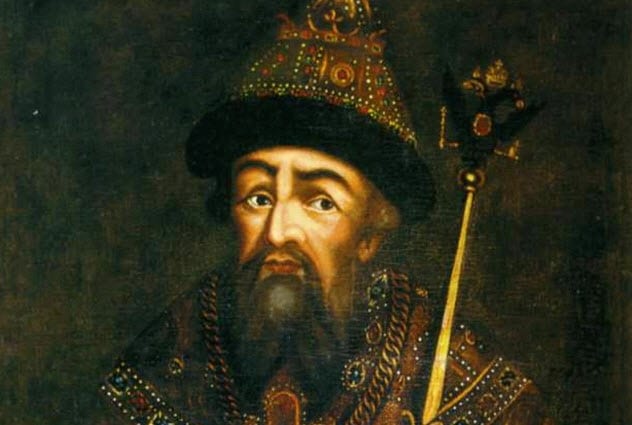 Ivan the Terrible massacred his own people in bouts of paranoia and even killed his own son. Ivan believed that everyone was conspiring to get rid of him, and he exacted revenge in horrible ways on the people he feared.

Perhaps we’re lucky, though, that nobody actually got rid of him because Ivan the Terrible did some great things for Russia. He opened up an early constitutional monarchy, letting the provinces elect their own officials to office.

He also opened up trade routes with England and Holland that improved life for a lot of people. Peasants could use the routes to move to better lands, and the economy significantly improved with increased trade.

Peter the Great would later use Ivan’s trade routes to turn Russia into a major power. Ivan’s developments let Peter bring about reforms that completely changed Russian life. So perhaps the secret behind every Great’s success is the hard work of the Terrible.