The Habsburgs were one of Europe’s greatest royal dynasties. Over the centuries, branches of the family ruled countries as diverse as modern Germany, Spain, Slovakia, Peru, Mexico, and Croatia. They were Holy Roman emperors and heads of the Austro-Hungarian Empire, and it was the assassination of one of their clan, Archduke Franz Ferdinand, that started World War I.

In short, this great dynasty shaped not just modern Europe, but the history of the entire world. Oh, and they did it all while being certifiably insane.

In the 17th century, it was expected that royals would show their manliness by killing animals. Most chose to do so by organizing hunting parties, but Leopold I was different. The Holy Roman emperor wasn’t content with simply shooting animals. He had to kill them in the craziest way possible.

One of Leopold’s favorite “sports” involved getting his courtiers to wrap a live fox in a blanket. Leopold would then arrange a gang of dwarfs to beat the helpless creature with sticks until it was dead.

Killing animals at a severe disadvantage seems to have been Leopold’s specialty. At various times, he used falcons to hunt herons and had deer submerged in a deep pool before shooting them one by one with a crossbow. But the prize for craziest Habsburg blood sport probably goes to Rudolf II, who used cheetahs to hunt in the streets of Prague. Speaking of Rudolf . . .

9 Rudolf II Was A Crazy Alchemist

Rudolf II was the last Habsburg emperor to base his court in Prague. This is probably because he absolutely trashed the dynasty’s reputation while there. Despite being Holy Roman emperor, Rudolf was less interested in ruling than he was in turning himself into a wizard.

A fervent occultist, Rudolf believed in some deeply strange stuff. He thought he was on the verge of discovering a philosopher’s stone and granting himself eternal life. He hired famous alchemists like the wife-swapping Englishman John Dee to turn metal into gold and consorted with mystics like Nostradamus, who wrote horoscopes for him.

On top of that, Rudolf liked to collect mystical and occult objects. He has even been linked to the ancient Jewish legend of the Golem, with the mythical beast supposedly being created on the streets of Prague.

8 Franz Ferdinand Shot Anything That Moved

Before he became famous as the beginning of World War I, Archduke Franz Ferdinand was famous for killing any animal he saw. A passionate hunter, Franz traveled the breadth of the Austro-Hungarian Empire, unleashing bullet-based death on its fauna. On a single day in the 19th century, he killed 2,140 animals. By the time he met his end at age 51, it was estimated that he had personally shot nearly 300,000 living creatures.

The vast bulk of this insane number was taken up by pheasants, partridge, and deer. Deer particularly caused a problem, since Franz liked to hang his hunting trophies. By the end of his life, his estate at Konopischt had 100,000 dead deer on its walls, and visitors were in constant danger of being impaled on their antlers. He even kept two elephants he’d shot as a gigantic wastepaper bin and a glorified ashtray, respectively.

7 Karl I Made The Worst Peace Deal In History

Today, the Habsburgs are known for allying their Austro-Hungarian Empire with Germany in World War I, but they were far from the Kaiser’s closest allies. As the war dragged on, new emperor Karl I (aka Charles I) secretly contacted France to secure a peace treaty. His efforts have been described as possibly the worst attempted peace deal in history.

Karl was desperate not to have his empire divided after the war was over, so he opened negotiations by essentially promising the French anything they wanted. This led the French prime minister, Georges Clemenceau, to realize that the Austro-Hungarians must be so weak that their armies would soon collapse. Rather than respond to Karl’s overtures, he published his message, destroying the last traces of morale in the empire.

Not only was such a public rejection a body blow for Karl, but news of it inevitably got back to the kaiser, almost costing Karl his only ally.

6 The Entire Family Was Hopelessly Inbred

The Habsburgs lived in a Europe where royal possession was decided by inheritance. If one of their number married into a new family, they might wind up having to split their insanely vast territory with another group of royals. Their simple solution for this was to inbreed like mad.

Leopold I, for example, married his own niece, Margaret Theresa of Spain, and insisted that she call him “uncle” while being intimate. It was common for Habsburgs to shack up with cousins or aunts, and marrying outside the family was frowned on.

Predictably, this did not end well. The line of the dynasty that ruled Imperial Spain and its colonies in the New World came to an abrupt end when Carlos II turned out to be a genetic basket case. Physically disabled, mentally impaired, and infertile, Carlos died childless in 1700. Habsburg rule of Spain expired with him.

5 The Entire Family Was Hopelessly Deformed

The dangers of inbreeding go beyond madness and infertility. In a family as hopelessly twisted as the Habsburgs, it can manifest itself physically. From paintings, it’s clear that the entire family was woefully, freakishly deformed.

This deformity came in the form of the dreaded “Habsburg Jaw.” Family members all tended to have a hugely pronounced underbite and chins that looked like aircraft landing strips. Charles V had the jaw so bad that he couldn’t eat in public. If Leopold I was outside when it rained, his mouth would fill with water. Carlos II was physically incapable of either speaking or eating solid food.

As Simon Winder pointed out in Danubia, the Habsburg men could at least grow beards to hide their prominent chins. The women were doomed to forever have their deformities on display.

4 Ferdinand I Was A Genuine Idiot

Although inbreeding was common in Europe’s royal families, rarely did affected children ascend to the throne. Ferdinand I was the exception. In 1835, he became emperor of the Habsburg Lands, despite having the mental age of a child.

Ferdinand was too impaired to figure out how to open doors. He found signing his name impossible. One of his favorite activities was to put a wastepaper basket on his head and roll on the floor. At one point, he refused to believe that an eagle he saw was real because it only had one head, and the eagle on the family crest had two.

Despite his difficulties, Ferdinand ruled for over a decade before being deposed in a coup in 1848. One of his last known utterances as ruler came when he heard that the people of Austria were in open revolution. “Are they allowed to do that?” the amiable idiot asked.

3 Maximilian Was Tricked Into Ruling Mexico

In 1863, Mexico’s elite conspired with Napoleon III of France to replace the liberal Mexican president Benito Juarez with a French puppet. All they needed was an idiot to act as their figurehead. That idiot was Ferdinand Maximilian.

A minor Habsburg, Maximilian was, by all accounts, a friendly guy—and also naive. When Napoleon told him that the people of Mexico had voted him their emperor, he apparently believed it. Setting sail for the New World, Maximilian arrived as Mexico’s new leader in 1864. Almost immediately, the country plunged into civil war.

Unbeknownst to Maximilian, French troops were using his ascension as an excuse to eliminate President Juarez, but Juarez fought back. By 1867, he’d driven the French from his country. Apparently believing he was popular, Maximilian refused to join their retreat, saying that he wanted to stay with his new people. His “people” responded by executing him.

2 The Whole Family Was Plagued By A Creepy Curse 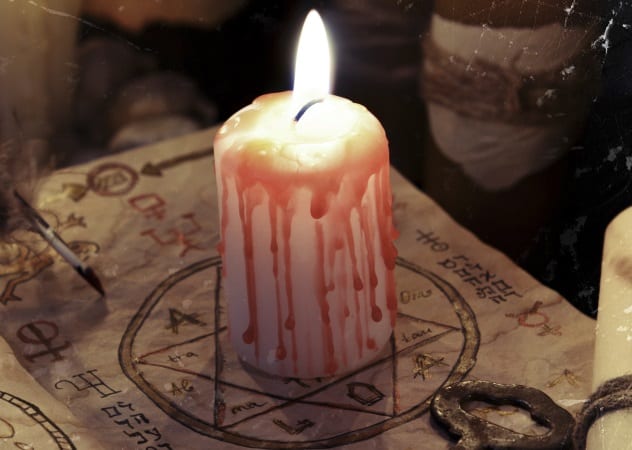 In 1848, Emperor Franz Joseph executed a group of Hungarian rebels. One of them was the son of Countess Karolyi, who placed a curse on Franz Joseph. That curse would be blamed for the horrific tragedies that beset the family from then on.

Franz Joseph barely escaped an assassination attempt, while his wife was murdered by an Italian anarchist. His son died in a murder-suicide pact with his lover. Another Habsburg fell off a horse. Another burned to death in a house fire. Two committed suicide. One vanished on the high seas, never to be seen again.

Others went mad. After Mexican “emperor” Maximilian’s death, his consort spent 30 years in an insane asylum. For seven decades, the family was plagued with misery, culminating in the assassination of Franz Ferdinand. His death triggered World War I, which would lead to the dismantling of the entire Habsburg Empire.

1 Their Last Member Is On The Path To Sainthood

Remember Karl I, the guy who tried to make that terrible peace deal with France? Although he stepped down as emperor in 1918, ending the royal Habsburg line, his story isn’t quite over yet. He’s well on his way to becoming a Catholic saint.

Currently known as Karl the Blessed, he’s considered a prime candidate for future sainthood. In 2008, the Catholic Church attributed a second miracle to him, meaning that he may soon be canonized.

If so, he would likely become the first saint in history to have authorized the use of chemical weapons. (The Austrian forces used chlorine gas in World War I.) Still, it would make a fittingly bizarre end to this strangest of lineages. Only emperor for two years of his life, Karl I may yet go down as the longest-revered of all the Habsburgs.