A lot of people think the 2016 US presidential election is the dirtiest in history. Realistically, it’s not even close. As history shows, politicians have never been afraid of using dirty tactics to win an election.

10 The Birth Of Gerrymandering 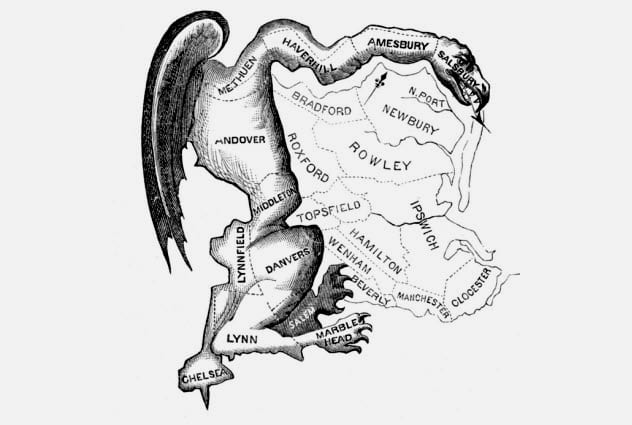 Gerrymandering is a shady political practice used to establish voting districts that give an advantage to a certain party. Basically, district lines are drawn up in such a way that one party becomes dominant in more districts, even though it has fewer voters overall.

The practice was first used by Patrick Henry, leader of the Anti-Federalist Party, Founding Father, and the man remembered for allegedly saying, “Give me liberty or give me death!”

Henry employed this tactic during the 1788 Virginia election to keep his main political rival, James Madison, out of the House of Representatives. Henry’s party enacted legislature stipulating that Virginia candidates could only run from districts where they resided. He then drew the Fifth District where Madison lived to contain as many Anti-Federalists as possible.

9 The Bigamist And The Adulterer 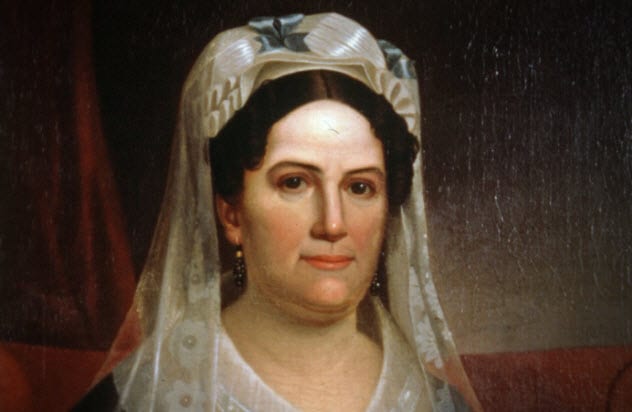 The 1828 US presidential election between John Quincy Adams and Andrew Jackson is often touted as one of the dirtiest in American history.

One big issue revolved around the marriage(s) of Rachel Jackson. When she was young, she married Lewis Robards in Harrodsburg, Kentucky. She was unhappy and separated from him several times. Eventually, Rachel moved back home to Nashville where she met Andrew Jackson.

By this time, Robards had started divorce proceedings. But unknown to Rachel, they were never finalized and she was still technically married to Robards when she married Jackson.

Although the issue was resolved, it was brought up decades later during the election. Adams’s supporters called Rachel Jackson a bigamist and her husband an adulterer who stole another man’s wife. Jackson still won the election. But Rachel died before his inauguration, and Jackson always blamed her death on his political enemies. 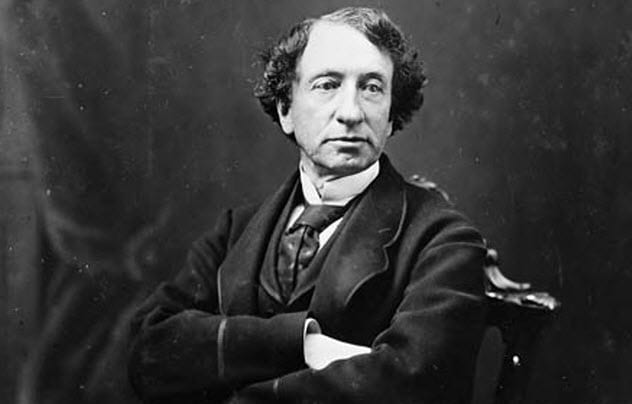 Sir John A. Macdonald, the first prime minister of Canada, served in that office for 19 years. However, his 1872 election was marred by controversy and accusations of bribery.

In 1871, British Columbia agreed to become part of the Canadian Confederation. That agreement included the government building a rail network that connected British Columbia with the other provinces. Macdonald awarded this massive contract to a syndicate led by Montreal entrepreneur Hugh Allan.

Liberals broke the news that Allan had donated over $350,000 to Macdonald’s election campaign. Furthermore, they recovered several compromising letters stating outright that the money was in exchange for the Canadian Pacific Railway contract.

This became the first political scandal in Canada’s history. A few months later, Macdonald had to resign. It didn’t affect him too much, though. Macdonald was elected prime minister again in 1878 and stayed in power until his death in 1891. 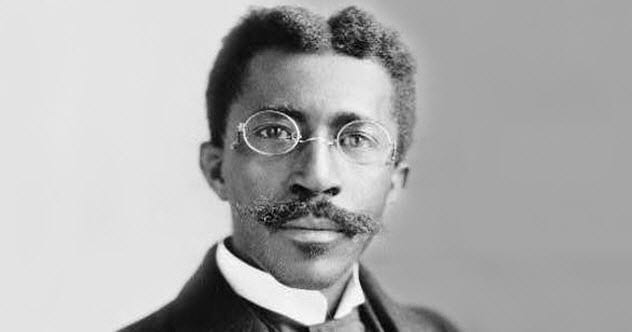 Although Liberia is a democratic republic, it was ruled by one party for over 100 years. The True Whig Party stayed in power from 1878 to 1980. In 1920, party member Charles D.B. King became the new president of Liberia.

Seven years later, he competed in a presidential election against Thomas Faulkner. As expected, King won in a landslide. He received 235,000 votes while his opponent secured a meager 9,000 votes. There was just one problem: Liberia only had 15,000 eligible voters.

To say that the rigged election was overkill is an understatement. In 1982, Guinness World Records recognized the 1927 Liberian election as the most fraudulent election in history.

Instead of contesting the election, Faulkner accused King of something much worse—government-sanctioned slave labor. The scandal suspended US-Liberian relations and was investigated by the League of Nations. In 1930, King and many other political leaders were forced to resign. 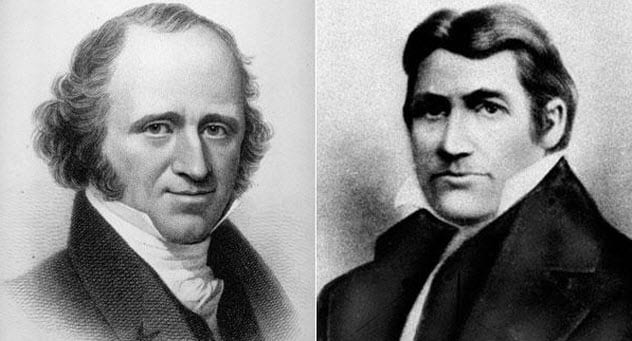 Celebrity endorsements have become almost a necessity nowadays because celebrities hold more sway with the public than anyone. During the 1836 presidential election, the Whigs also employed this tactic courtesy of the “King of the Wild Frontier” Davy Crockett.

The two main candidates were Martin Van Buren and William Henry Harrison. The Whig Party strategy was to portray Van Buren as effeminate and elitist using a description given by the recently deceased Davy Crockett, now a hero of the Alamo.

He described Van Buren as “laced up in corsets such as a woman in town where . . . it would be difficult to say from his personal appearance whether he was a man or woman but for the large red-and-gray whiskers.”

The Whigs used the same tactic in the next election (this time successfully) when Charles Ogle claimed that Van Buren “slept on fine French linens and ate from silver plates with forks of gold.”

When it comes to professional mudslinging, nobody can top Lyndon B. Johnson. During the 1964 presidential election, he had a special group of White House insiders informally known as the “5 O’Clock Club” whose main goal was finding new ways of smearing Republican candidate Barry Goldwater.

Their main tactic was to portray Goldwater as a dangerous radical willing to start a nuclear war with the Soviet Union. They called him Dr. Strangewater and organized a very unscientific but effective study where over 1,000 psychiatrists deemed Goldwater psychologically unfit to be president.

Their most successful tactic was the “Daisy” ad, an infamous political commercial that only ran once yet had a huge influence. It showed a little girl counting flower petals. But when the count reached nine, the voice changed to that of a man counting down. The ad ended with a mushroom cloud reflected in the girl’s eyes when the counter reached zero.

Preying on people’s fear of communism is a tried-and-true political tactic that has done wonders for US politicians. However, in 1975, it worked for New Zealand, too. The National Party’s Robert Muldoon was pitted against Labour’s Bill Rowling in the general election.

The National Party hired renowned cartoon studio Hanna-Barbera to produce one the most infamous political advertisements in New Zealand history. Known as the “Dancing Cossacks,” the short featured a cartoon criticizing the compulsory pension plan recently introduced by the Labour Party. Then Robert Muldoon appeared, warning that his opposition would turn New Zealand into a Soviet-style communist state.

Although the “Dancing Cossacks” only appeared on TV twice, the ad did the trick and Muldoon won the election.

3 Will The Real Bob Casey Please Stand Up? 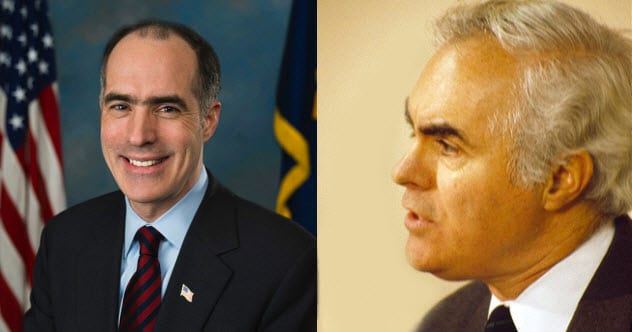 Sometimes, all you need to win an election is the right name. The “Bob Casey” name has been a mainstay in Pennsylvania politics for decades. Robert Casey Sr. served as Pennsylvania governor, state senator, and state auditor general. His son Robert Casey Jr. is currently serving as a US senator.

In 1976, Bob Casey Sr. finished his second term as auditor general. Therefore, when Robert Casey ran for state treasurer, he won in a landslide. Just one problem, though—this was a different Bob Casey. He did almost no campaigning, spent less than $1,000, and won the election on name recognition alone. He lost reelection when Republicans ran a “Casey isn’t Casey” campaign.

The tactic worked again just two years later for a third Robert Casey. He won the Democratic nomination for lieutenant governor, again without spending or campaigning. When the genuine Casey became governor in 1986, he billed himself as the “real Bob Casey” to avoid any confusion. 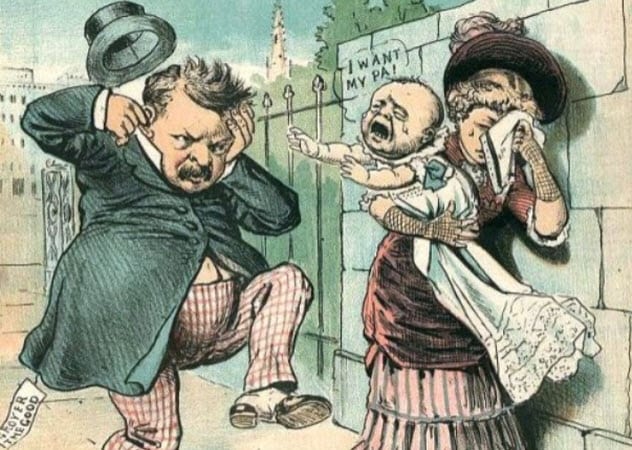 During the 1884 US presidential election, Republican candidate James Blaine was already facing backlash from accusations of trading political favors for cash. Fortunately for him, his party had dirt on his opponent, Grover Cleveland.

Ten years earlier, Cleveland had had a relationship with a woman named Maria Halpin which may have resulted in an illegitimate child. According to Cleveland, Halpin had had relations with several men and was unsure that the baby was his.

Being unmarried, Cleveland took it upon himself to look after little Oscar Cleveland. Halpin claimed that Cleveland had forced himself upon her and, after Oscar was born, locked her up in a mental institution.

Cleveland’s supporters claimed that Halpin was just looking for a quick cash grab. Republicans portrayed Grover Cleveland as a “common libertine,” taunting him with the chant “Ma, Ma, where’s my Pa?”

In the end, Cleveland won the election and the chant added the line, “Gone to the White House, ha, ha, ha!” 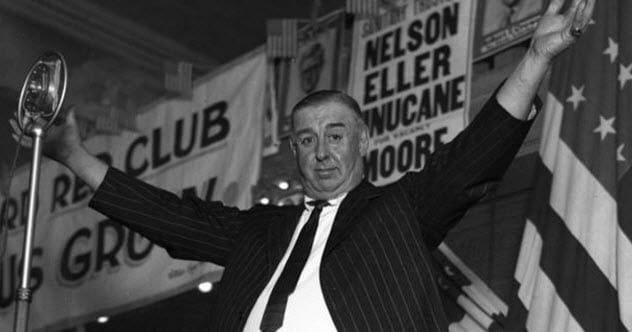 William Hale “Big Bill” Thompson ranks among the most corrupt politicians in US history, primarily due to his three terms as mayor of Chicago while associating with mobsters like Al Capone.

Thompson served his first two terms back-to-back between 1915 and 1923. He then took four years off due to a few pesky allegations of corruption and returned for the 1927 election, backed by Capone who allegedly donated up to $250,000 to Thompson’s campaign fund.

Thompson declared himself the enemy of criminals, reformers, and King George V. Thompson tried to persuade voters that England was America’s greatest enemy and even vowed to “crack King George one in the snoot” if he ever set foot in Chicago.

Thompson’s most bizarre moment came when he debated two live rats, Dill and Fred, that symbolized his opponents. This proved popular with the crowd, so Big Bill continued to carry the rats on the election trail.