Most dreams have little worth, such as standing in the supermarket in your pajamas or failing an exam that you already passed a decade ago. Once in a blue moon, however, someone will have a dream that inspires them to create something new and fresh. Even rarer, some of those ideas will actually catch on and become worldwide phenomena. 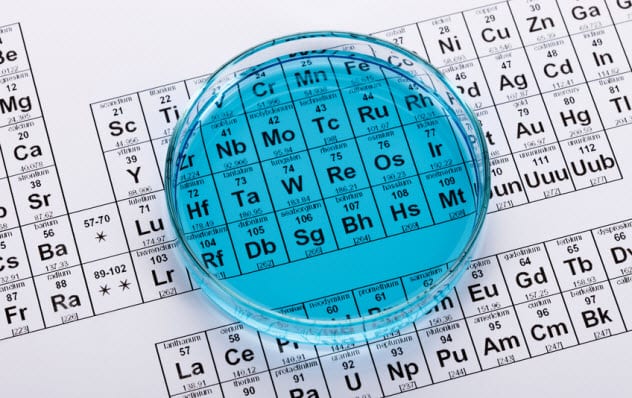 Dmitri Mendeleev (born 1834) was a renowned chemist. He took on the challenge of trying to figure out a logical, scientifically accepted way of presenting all the discovered elements. Although he believed that there was a solid answer to this problem, he couldn’t quite make it all fit.

That night, he had a dream where his thoughts all came together. Quoting from his diary, Dmitri wrote: “I saw in a dream a table where all the elements fell into place as required. Awakening, I immediately wrote it down on a piece of paper.”

He drew up a table sorting the elements by atomic weight and had it published in 1869. This formed the basis for the modern periodic table, which now sorts the elements by the number of protons in an atom of each element. 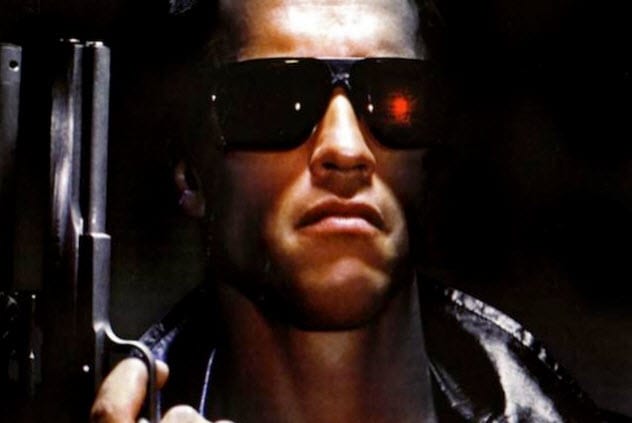 The idea for one of the most famous sci-fi movies came to James Cameron in a dream when he had a fever of 39 degrees Celsius (102 °F). At the time, he was in Rome doing the final cut for Piranha II. He attributes both the fever and the feeling of isolation in a foreign country to the nightmare that went on to inspire The Terminator.

The dream consisted of Cameron as a character in a strange futuristic world. He saw a chrome robot torso using kitchen knives to drag itself away from an explosion. The idea of a robotic assassin that was hard to stop and always determined to take out its target appealed to Cameron, so he wrote down the dream.

It would form into an idea about two robots fighting in a dystopia, but Cameron eventually leaned toward having only one robot. The idea for The Terminator was born. 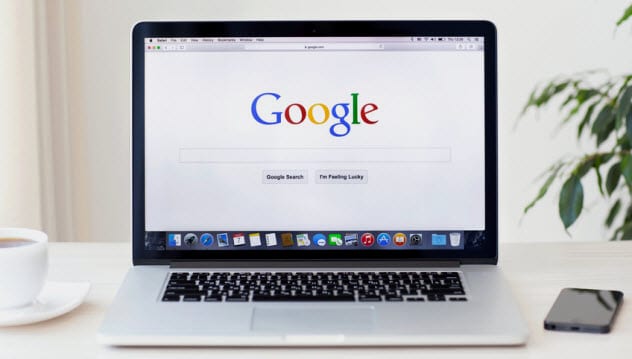 While in college in 1996, Larry Page had a constant feeling that the only reason he had been admitted in the first place was due to a clerical error. The idea that he could be kicked out of college at any moment caused him anxiety, and this feeling gave him a peculiar dream.

He dreamed of downloading and storing the Internet on individual PCs. When he woke up, he did some math to see if it was possible. Given bandwidth and storage issues, you couldn’t save entire web pages to a computer. However, it was possible that the web pages could be stored as individual links.

This gave Page the idea of collating links to web pages around the world and searching through them. Eventually, this developed into the Google we know today.

7 The Theory Of Relativity 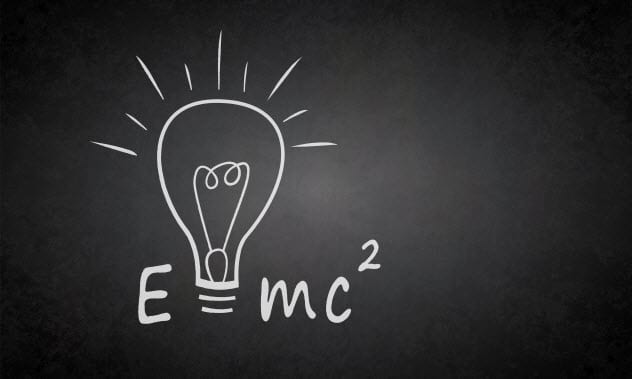 One of Albert Einstein’s more famous discoveries was inspired by a strange dream.

He dreamed that he was watching cows eat through an electrified fence, but the cows were seemingly unfazed by it. Einstein touched the fence and discovered why they weren’t bothered. The fence had run out of charge.

A farmer approached the fence and replaced the battery, at which point all the cows jumped away at the same time. Einstein spoke to the farmer about the humorous sight of cows jumping at the same time. Confused, the farmer claimed that he had seen each cow jumping one after the other as the charge went down the fence.

When Einstein awoke, the dream gave him the idea that one observer may see something happen instantaneously while others see the same event happen in sequence. This formed the basis of the theory of relativity.

The origin of the Necronomicon, one of the more iconic books of evil, is a little bit mystical in its own right. H.P. Lovecraft did go on to explain that Necronomicon meant “an image of the law of the dead” in Greek, although this caused some controversy over whether the translation was etymologically correct. However, he claimed that the original idea behind the name came to him in a dream.

On hearing this, people stepped forward with various theories as to how Lovecraft got the idea, including reading The King in Yellow which features a disturbing book in its story. However, Lovecraft claimed that he didn’t read The King in Yellow until years after he wrote the Necronomicon. 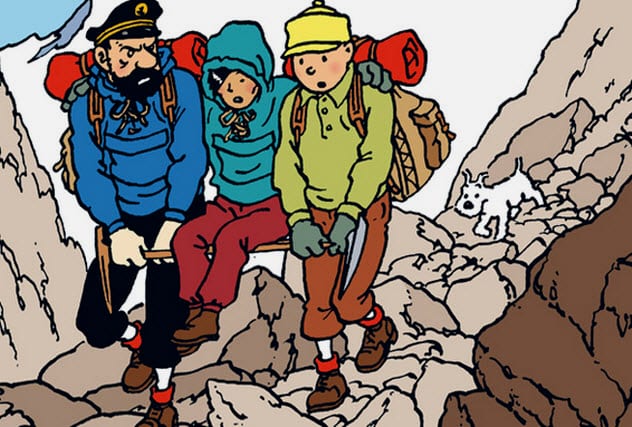 Herge, the creator of Tintin, was having a recurring nightmare. As he put it:

My dreams were invariably of great white spaces and very distressing. I remember one of them where I was in a kind of tower made up of a series of ramps. Dead leaves were falling and covered everything. At a particular moment, in an immaculately white alcove, a white skeleton appeared that tried to catch me. And then instantly everything around me became white.

A psychoanalyst told Herge that the dreams were caused by his previous works on Tintin and that Herge should stop immediately to “vanquish the demon.” Instead, Herge produced Tintin in Tibet, a story that mostly takes place in the snowy Alps, representing the “white spaces” from Herge’s dreams. Tintin in Tibet would cure Herge of his nightmares and go on to become one of his masterpieces. 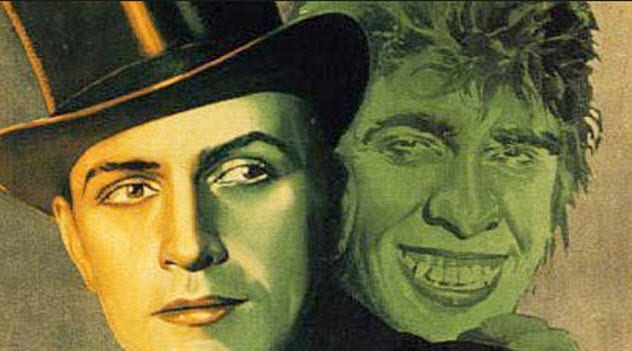 Robert Louis Stevenson was in financial straits and heavily pressured by his publisher for a popular adventure book. One night, Robert had such a bad nightmare that he began yelling in the night. His wife, Fanny, woke Robert from his nightmare, but he didn’t take it well. He asked, “Why did you wake me? I was dreaming a fine bogey tale.”

As it turns out, the nightmare was Robert’s ticket out of his problems. After his dream, he was noticeably more optimistic about solving his issues and excited to get his “bogey tale” out there for people to read. Once finished, it would form the story we now know as Dr. Jekyll and Mr. Hyde and it became the popular book that the publisher wanted. 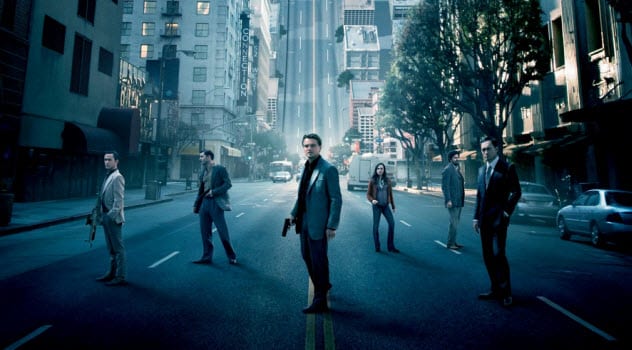 It’s no big shocker that Inception, Christopher Nolan’s famous film about dreams, was inspired by them. He attributes a lot of what happens in Inception to his own experiences with dreams.

However, Inception didn’t stem from a single dream. Instead, Nolan’s main influence for the film stemmed from several individual cases when he experienced lucid dreaming, the sensation of controlling a dream and trying to change it in an advantageous way.

Of course, lucid dreaming involves realizing that you’re in a dream in the first place, so it’s important to be able to distinguish dream worlds from reality. Nolan’s own experience with distinguishing between worlds allowed him to write his experience into the movie as a central theme. 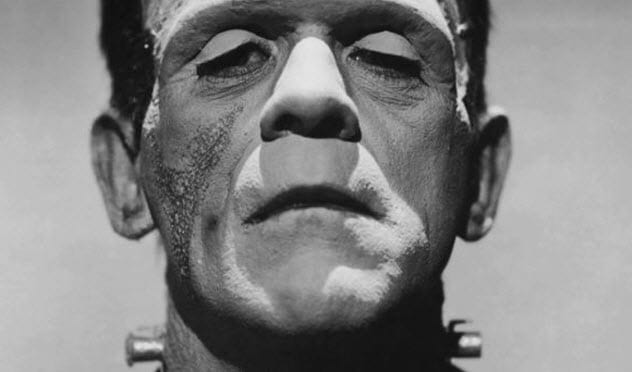 Mary Shelley (who was called Mary Godwin at the time) was at a gathering hosted by Lord Byron. Although it was meant to be a summer retreat, a volcanic eruption in the Dutch East Indies blocked out the Sun, which put an end to a warm summer.

Thus, the group had to find another way to pass the dull, cold time. They started entertaining one another by telling German ghost stories around a campfire. Inspired by the session, Mary challenged everyone to invent and tell their own ghost story based on the ones they had been reading.

That night, Mary had a dream about a mad scientist who tried to play God by inventing a new race of man. This went on to form the setting of Frankenstein and did a lot better than winning a fireside competition.

The tune for “Yesterday,” one of the more famous Beatles songs, came to Paul McCartney via a dream. He didn’t know it at first. He woke up with the tune stuck in his head and believed that he had heard the song before. Despite how much he tried, however, he couldn’t place who sang it.

To work out the mystery, McCartney played the tune on a piano and wrote down the notes for the song, passing it around to friends and asking who originally sang it. For a while, he didn’t believe it was something of his own subconscious invention. He claimed, “But I couldn’t have written it because I dreamt it.”

When it became apparent that it wasn’t another person’s song, the Beatles fleshed it out. The original title was “Scrambled Eggs,” with the second line being, “Oh, my baby, how I love your legs.” But this eventually developed into “Yesterday.”