The Bible isn’t just a religious book. The characters in the Bible lived through a real history that was shared with other nations, but we usually hear only Israel’s side of the story. The other nations of Biblical times were also keeping histories, which tell very different versions of the stories we’ve heard so many times.

10 The Greek Historian Strabo Said Moses Was An Egyptian Priest 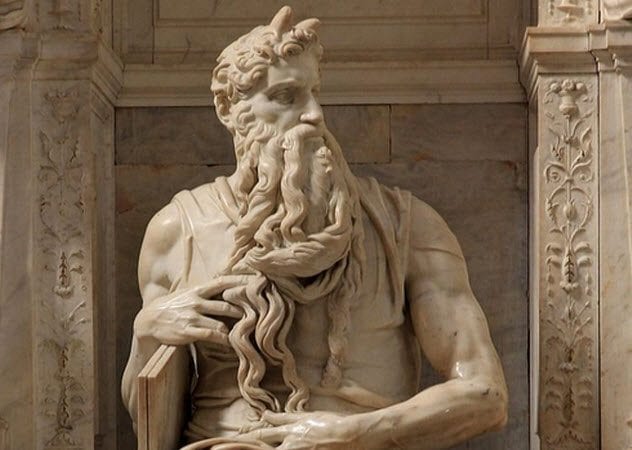 The story of Moses and the Ten Commandments is one of the best-known stories of the Bible. With God’s help, the Bible says, Moses brought plagues upon Egypt until the pharaoh set the Jews free.

According to the Greeks, though, Moses wasn’t even Jewish. He was an Egyptian priest. Strabo tells us that Moses didn’t like Egypt’s institutions. He believed that God was in all things and so couldn’t take the form of an animal or a person. This wasn’t divine revelation. Here, it’s just presented as a philosophical musing.

In Strabo’s version, Moses didn’t talk to God or fight the pharaoh. Moses just convinced a lot of people that he was right, and they emigrated freely to Jerusalem.

After Moses’s death, Strabo wrote that Jerusalem was taken over by superstitious, violent people who brought in “tyrannical” laws like kosher diets and circumcision. “Their beginning was good,” Strabo wrote, “but they degenerated.” 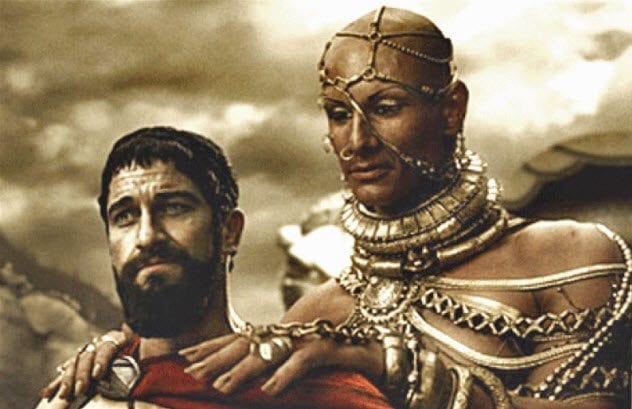 Usually, we just see the story of Esther as the Bible presents it. Esther married the king of Persia, and when the evil Haman plotted the genocide of the Jews, she persuaded the king to save her people.

That king, though, was a major historical figure. Esther’s husband was King Xerxes I, probably best known today as the bad guy from the movie 300. He was the Persian king who invaded Sparta and Athens after they refused to pay tribute and whose enormous army was held off by 300 Spartans.

If the story of Esther is true, it’s speculated that it probably happened while Xerxes was planning his invasion. So Esther’s father, Mordecai, would have been one of Xerxes’s advisers during the war.

8 The King Of Moab Called The Israelites ‘Oppressors’ 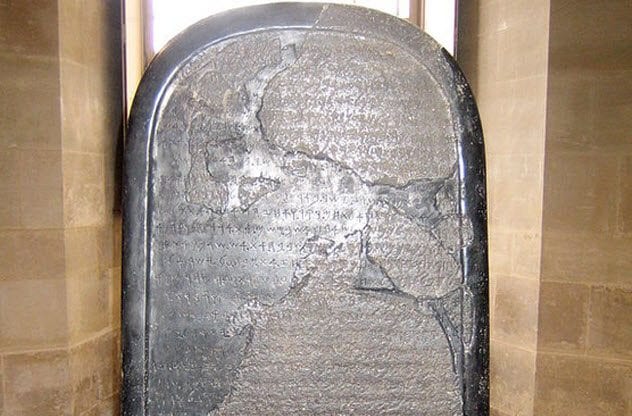 According to the Bible, King Mesha of Moab rebelled against Israel. With the help of God and the prophet Elisha, the Israelites fought off the Moabites and brought the war into Moab. Mesha sacrificed his own son as an offering to his gods, and the Israelites turned back home and willingly left Moab alone.

But we’ve found a version written by King Mesha that tells a very different story. According to Mesha, the Israelites were tyrants who “oppressed Moab many days.” Mesha asked for the freedom of his people, and Israel responded by threatening to destroy Moab.

Israel, Mesha says, attacked first, but he managed to fight them off. Then King Mesha and his men marched on Israel and took back several cities that Israel had stolen from them long ago. In Mesha’s version, the war didn’t end with Israel deciding to go home. Israel just lost. 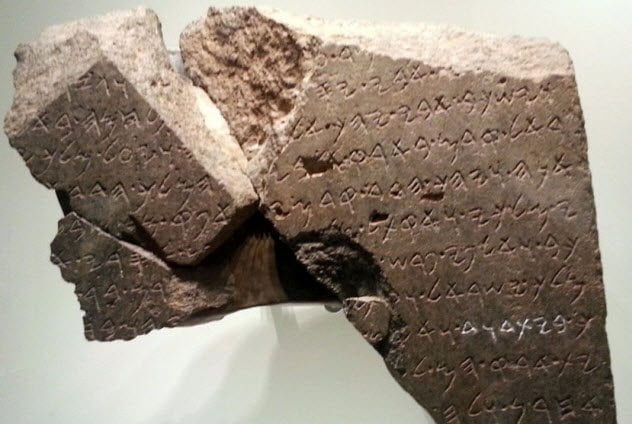 The Bible only gives a brief mention of Hazael, the king of Aram. It says that Hazael conquered Israel by divine will because God “was kindled against Israel.” Also, Hazael “oppressed Israel all the days of Jehoahaz.”

We’ve actually found a stone inscribed by Hazael, though, that tells his side of the story. The stone is broken, so there’s a lot of dispute over what it really says. According to the most popular theory, the stone suggests that Hazael invaded Israel as revenge for their invasion of Aram when his father was king. Then Hazael executed the kings of Israel.

Hazael doesn’t deny, though, that he was oppressive. “I set their town into ruins,” Hazael boasts, “and their land into desolation.” 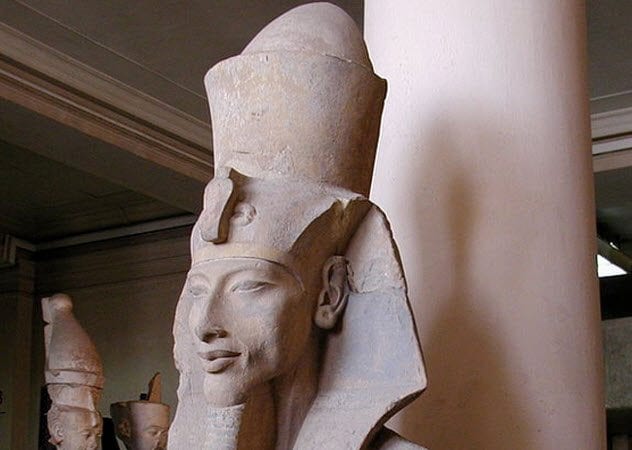 Every country has its own version of the story of Moses—including Egypt. Like the Greeks, the Egyptians say that Moses was an Egyptian priest of Heliopolis. Manetho insists that Moses’s real name was Osarsiph, but he changed it when he joined the Jews.

The story starts with Pharaoh Amenophis trying to cleanse the country of lepers after being told that leprosy was a divine curse. He put 80,000 lepers to work in a quarry and assigned Moses to take care of them.

Instead, a power-hungry Moses established his own laws and ruled over the lepers. Then he made an alliance with Jerusalem. With an army of lepers and Jews, Moses invaded and conquered Egypt, burning down their temples.”

It took 13 years for Amenophis to build up his army and chase Moses out of Egypt. This, Manetho says, is how Moses came to Jerusalem. 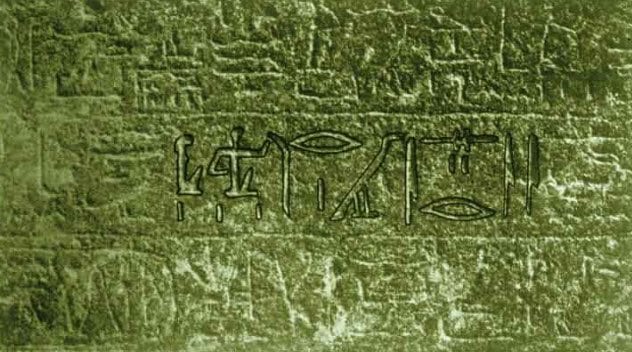 Archaeologists have found a slab engraved by Egyptian Pharaoh Merneptah shortly after the reign of Ramses the Great that appears to talk about Israel.

The slab was written when Egypt’s world power was being tested by several smaller nations that were revolting against Egypt’s control over them. According to the slab, Merneptah had defeated them all and laid them to ruin.

But the exact meaning of that sentence is unclear. Some believe that the Egyptians slaughtered the children of Israel to keep them from revolting, although it might mean that the Egyptians just burned the Israelis’ crops. If “seed” means “children,” though, the inscription proves that Egypt really did slaughter Israeli babies as in the story of Exodus.

4 The Roman Historian Tacitus Said That Moses Was An Atheist 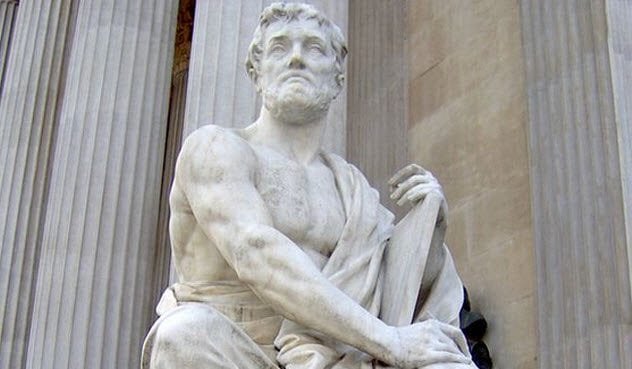 Tacitus seemed to have a hard time piecing out the true story of Moses, but he did his best. Like the Egyptians, Tacitus said that Egypt was plagued by a disfiguring disease and that the pharaoh expelled the victims. In this version, though, the pharaoh sent them into the wilderness.

According to Tacitus, Moses was one of the diseased exiles and he hated God. He “urged his companions not to wait passively for help from god or man, for both had deserted them.” Moses led his group to Canaan and conquered it. Then he founded Judaism—not because he believed in it but as a political tool to keep his people loyal. 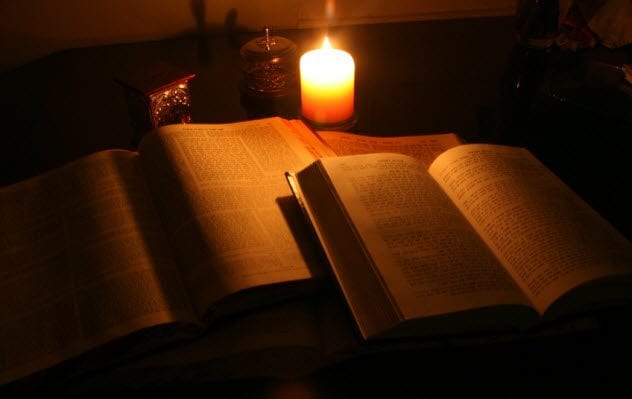 The Talmud gives its own version of the crucifixion of Jesus. It tells the story of a man called “Yeshu” who is generally accepted as the Jesus of the Christian faith.

According to the Talmud, before Jesus was executed, a herald was sent out calling him a sorcerer. “Anyone who can say anything in his favor,” the herald said, “let him come forward and plead on his behalf!” No one came forward to stand up for Jesus.

In the Talmud, a man named Ulla is quoted as saying of Jesus, “Do you suppose that he is one for whom a defense could be made?” Ulla goes on to condemn the people who defended Jesus, saying that the scriptures said that a person like Jesus should never be spared.

“With Yeshu, however, it was different,” Ulla said, “for he was connected with royalty.” 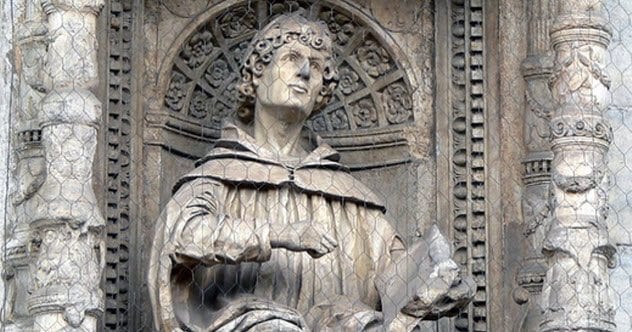 The biblical Book of Acts describes a time when Christians were horribly persecuted by the Romans.

However, we have a unique insight into the Roman view of this in a letter from Pliny the Younger to Emperor Trajan. Pliny asked Trajan for help in dealing with Christians because Pliny didn’t know how far he should go.

He called Christianity a “depraved, excessive superstition” and said that his policy had been to give Christians the opportunity to “curse Christ.” If they did, Pliny let them go. But if they wouldn’t, he’d have them executed.

Pliny thought he was doing the right thing in letting Christians renounce their religion. “A multitude of people can be reformed if an opportunity for repentance is afforded,” he wrote.

Trajan approved. “They are not to be sought out,” he wrote back. “If they are denounced and proven guilty, they are to be punished.”

1 The Romans Thought Christians Were Cannibals 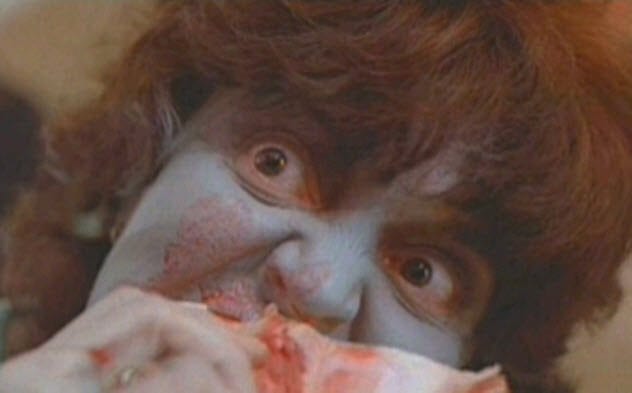 The Romans hated the Christians. Tacitus called their religion “a most hideous superstition” and said that they were charged with “hatred against mankind.” Even when he criticized Nero for being too cruel to Christians, Tacitus still believed that Christians were “criminals who deserved extreme and exemplary punishment.”

He wasn’t alone. Suetonius called Christianity a “mischievous superstition” and actually praised some emperors for keeping the Christians in line.

There’s no reason to believe that Christians were really cannibalizing anybody. However, it’s interesting to think that if Christianity had been wiped out, that’s exactly what our history books would say about Christians today.