We picture Europe before the Protestant Reformation as a faithfully Catholic land, although some historians joke that this is because monks were writing the records at the time. In fact, heretics flourished throughout medieval Europe, and many of them were very weird indeed. 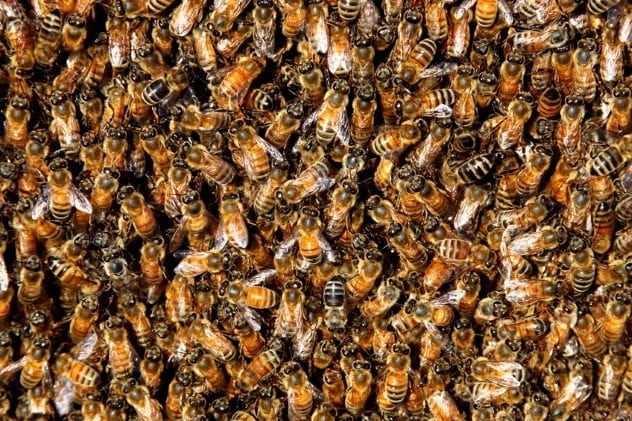 Around the year 1000, a French peasant named Leutard was tilling a field when he decided to take a nap. He dreamed that that a swarm of bees flew into his body through the tip of his penis. After buzzing around inside him for a while, the bees emerged from his mouth and began stinging him relentlessly, “ordering him to do things impossible for humans.”

Leutard awoke believing that the dream was a message from God. He rushed back to his hamlet and smashed the crucifix in the church. He started to preach his own interpretation of Christianity, declaring that the prophets were wrong about many things. He also divorced his wife.

Leutard apparently attracted quite a following among the local peasants. However, they abandoned him after the local bishop successfully proved his views to be heretical. In despair, Leutard threw himself down a well.

9The Cheese And The Worms 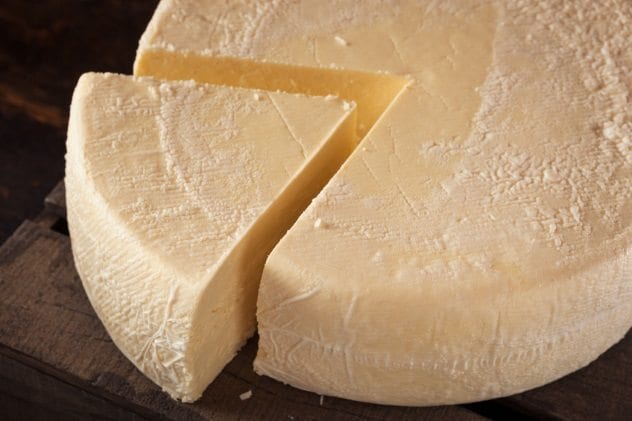 Menocchio was an Italian miller who developed some unusual heretical beliefs. He was rescued from obscurity by Carlo Ginzburg’s classic work The Cheese And The Worms, named after his view that the universe formed from the primordial chaos “just as cheese is made out of milk—and worms appeared in it, and these were the angels.”

Menocchio believed that “everything that can be seen is God.” He argued that it was impossible to be sure which religion was correct, but the important thing was to behave morally, since “he who does no harm to his neighbor does not commit sin.” He also felt that there was no afterlife and that the soul died with the body.

Menocchio lived during a time of rising literacy and had read everything from The Decameron to the Quran. However, Ginzburg concluded that he read only to seek “confirmation of ideas that were already firmly entrenched,” picking out certain passages and ignoring others. He was burned at the stake in 1599. 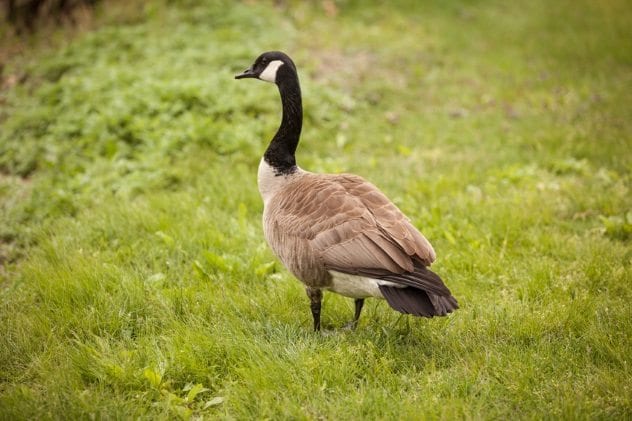 When Pope Urban II called the First Crusade, he had in mind an organized force of knights and soldiers. Unfortunately, the call fired the popular imagination, and large bands of peasants began marching east, led by charismatic preachers like Peter the Hermit. The “People’s Crusade” was a disaster, notable primarily for massacring large numbers of German Jews.

The motley bands of crusaders apparently included some odd and heretical groups. Multiple Christian and Jewish sources say one band carried a goose they believed was possessed by the Holy Spirit. A rival group apparently followed a goat. A third was led by a woman holding a cross that had fallen from the sky.

Sadly, the goose didn’t make it to the Holy Land. Guibert of Nogent says that it died in Lorraine, at which point its followers ate it. 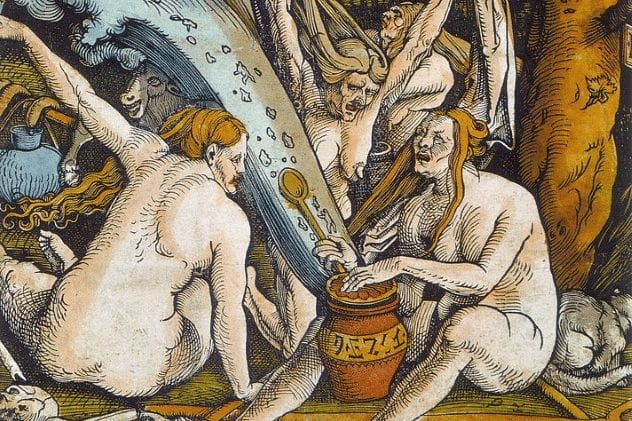 The benandanti (“Good Walkers”) were a group of shamanistic dreamers uncovered by the Inquisition in the Friuli region of Italy. On the “Ember Days” marking the changing seasons, the benandanti would enter a trance and leave their bodies, traveling in a dream state to a mystical valley at the center of the world, where they would do battle with the spirits of witches. If the benandanti won, the harvest would be good. But if the witches won, there would be famine.

One benandanti described the spirit journey to the Inquisition: “I had the impression that there were many of us together as though in a haze [ . . . ] and it felt as though we moved through the air like smoke and that we crossed over water like smoke.”

The benandanti were recognized at birth by a caul on their head. Their powers were widely accepted in the region, to the point that any dreamer who was late entering the Ember Days trance would be beaten by their fellow villagers. The Inquisition successfully ended the cult in a fairly mild campaign, without severe punishment. 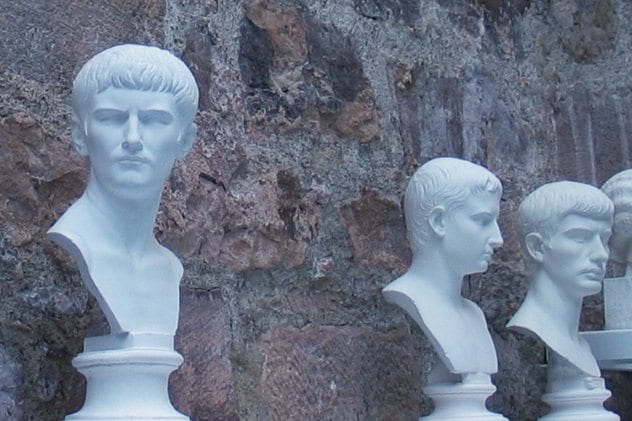 Vilgard of Ravenna was a scholar obsessed with the classical Roman poets. Around 970, he apparently saw the spirits of Virgil, Horace, and Juvenal, who praised him and promised that he would be as famous as they were. Afterward, Vilgard began to openly teach that the poets were infallible and should be believed about everything, including, presumably, the existence of the pagan gods.

He was eventually executed by the bishop of Ravenna, but his followers apparently thrived in Sardinia. The chronicler Rodulfus Glaber wrote that Vilgard’s heresy marked the beginning of the apocalypse predicted in the Book of Revelation, which seems a little overdramatic in retrospect. 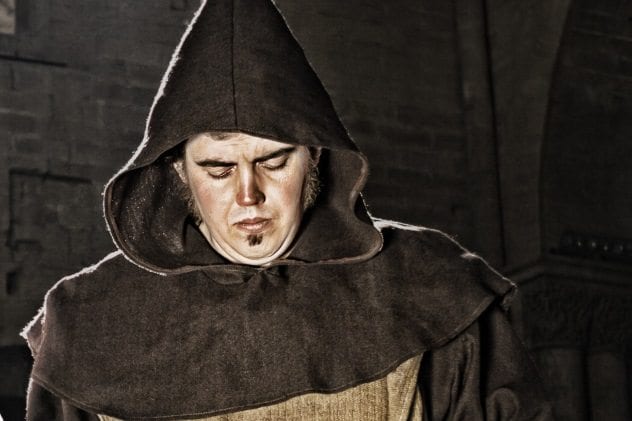 In 1112, Antwerp had only one priest, who lived in “open concubinage.” Into the gap stepped Tanchelm, who preached that the sacraments were meaningless if given by sinful hands. He also said people didn’t have to pay the Church tithe.

If he had stopped there, he might have been remembered as a reformer rather than a heretic. But Tanchelm also preached that he was God incarnate. He took 12 apostles and surrounded himself with armed bodyguards. His followers were so devoted to him that they drank his bathwater.

On one occasion, he announced that he was marrying a statue of the Virgin Mary. At the end of the ceremony, he set up two coffers, one for men and one for women, and announced “we shall see which sex bears me the greater love.” The genders were soon competing frantically to donate coins and jewelry. He was assassinated by a priest in 1115.

4Eon And The Forked Stick 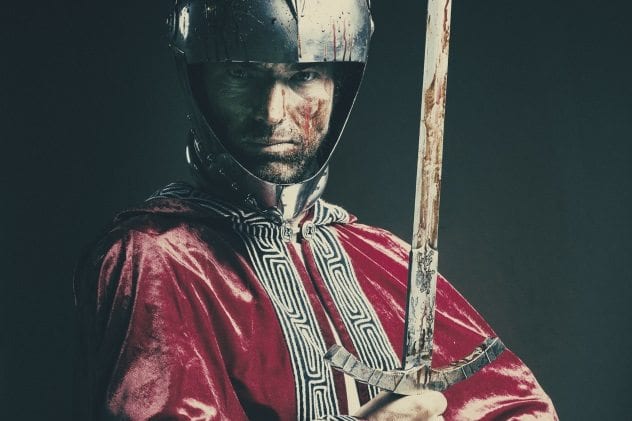 Eon de l’Etoile was an unusually violent heretic who rose to power after a terrible famine ravaged Brittany in 1145. He declared himself the son of God and set up his own church, with bishops called Wisdom, Judgement, and Knowledge. He carried a forked stick and boasted that when it pointed downward, two thirds of the world belonged to him and a third to God. When he pointed it up, the fractions were reversed. His heavily armed followers ravaged Brittany, raiding monasteries and churches.

He was captured in 1148 and starved to death. His followers were also hunted down. All but one refused to recant their belief in Eon, even to save themselves from burning. One was still commanding the Earth to split and swallow his executioners as they tied him to the stake. 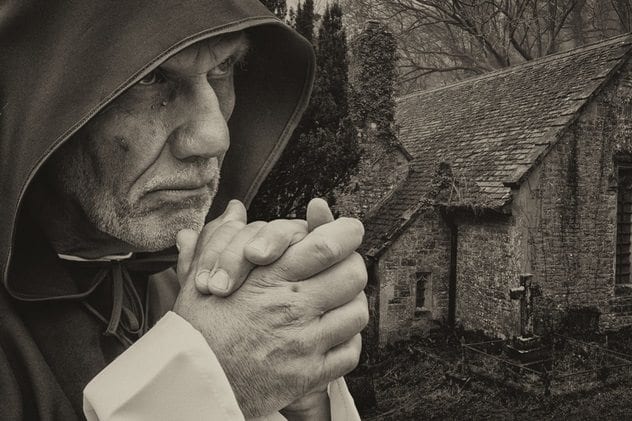 After the Fourth Crusade went wildly off the rails and invaded Constantinople, the crusaders declared Baldwin IV of Flanders the new Byzantine emperor. He adapted to the role well and was quickly defeated and murdered by the Bulgarians, as was tradition.

Back in Flanders, a hermit emerged claiming to be Baldwin, having faked his death as penance for his sins. Things got weirder when pseudo-Baldwin began to present himself as a Messiah. His followers crawled over each other to grab his hair trimmings and drink his bathwater. The real Baldwin’s daughter wasn’t pleased with these events, and King Louis of France eventually lured the hermit into a trap and executed him. 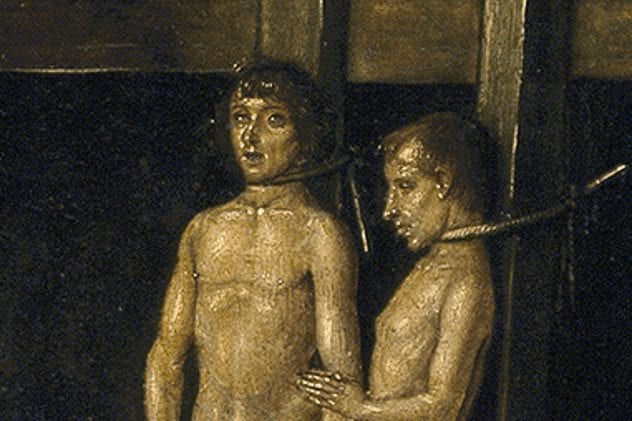 Catharism particularly flourished in the south of France around the town of Albi. In 1209, the Pope launched the Albigensian Crusade, which crushed the Cathar strongholds, slaughtering thousands. The last known Cathar perfect, Guillaume Belibaste, was burned at the stake in 1321, following a year-long undercover operation by an agent of the Inquisition. 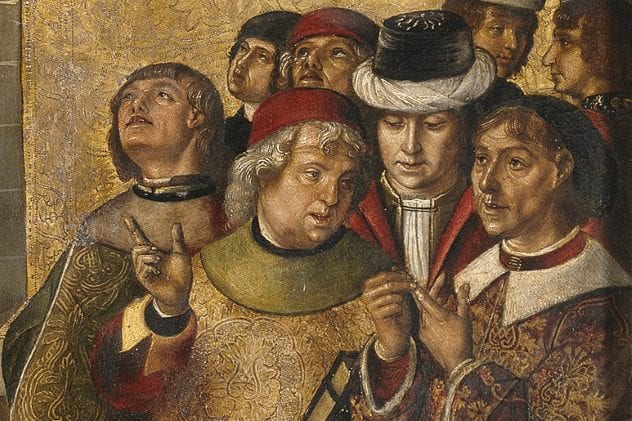 The Cathars’ central ritual was the consolamentum, by which a Cathar became a sinless “perfect.” The ritual was invalidated if any sins were committed afterward, so most Cathars received it on their deathbed, leaving them no time to sin. The ritual itself was simple: A perfect would lay their hands on the person being consoled.

The Cathars started as moderate dualists, but in 1176, they were visited by a missionary dubbed Papa Nicetas. He claimed that the first Cathar perfect had sinned immediately after receiving his consolamentum, invalidating it and all the other consolamentum he performed. In other words, no Cathars were actually perfects. Nicetas offered to console new Cathar perfects, but only if they became absolute dualists. This split the church, with some Cathars following Nicetas and others remaining moderate dualists.