Judaism is one of the oldest religions still alive today, and is the oldest of the Abrahamic religions (Islam, Christianity, and Judaism). Famous Jews such as Albert Einstein, Jesus, and Sigmund Freud, are considered some of the greatest people ever. However, Judaism, like every other religion, has its sociopaths. People like Trotsky and Karl Marx, who were born Jews, will not be included to get rid of some controversy. No. 2 will be considered a Jew because he was born Jewish. If you have any other candidates for this list, please discuss in the comments.

This list is the fourth in our religious “bad-name” lists – the first three being: 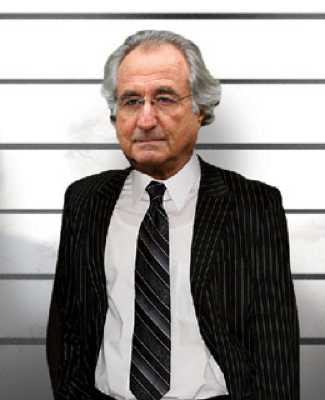 The largest Ponzi Scheme in history was operated by the famous investor, stockbroker and entrepreneur Bernard Madoff. In 2009, he pleaded guilty to 11 felonies. He claimed that he began the scheme in the 1990s, but several government officials think that it began in the ’70s. The amount of missing money was an astounding $75,000,000,000. He was sentenced to 150 years in prison, which he is currently serving. He is the former non-executive chairman of the NASDAQ stock market. Strangely, he was widely trusted in the business world before the scheme was revealed. 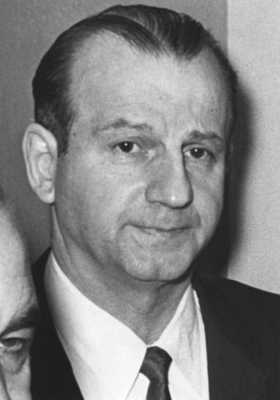 Jack Ruby, born Jack Rubenstein, was a nightclub owner who had connections to the Jewish Mafia. He is known for the murder of Lee Harvey Oswald, the most likely culprit of the assassination of John Fitzgerald Kennedy, our 35th president. He was seen in the Dallas Police Headquarters, where Oswald was being held. He took out a Colt Cobra .38 revolver, and shoot Oswald. He was arrested right after the murder. Interestingly, the murder was during a press conference and was being televised live. He said that he murdered Oswald because, in his own words, he wanted Dallas to “redeem” itself, and that Oswald’s death would spare “Mrs. Kennedy discomfiture of coming back to trial.” While I hate Oswald, Ruby had to be included here. Ruby died in 1967, of lung cancer. 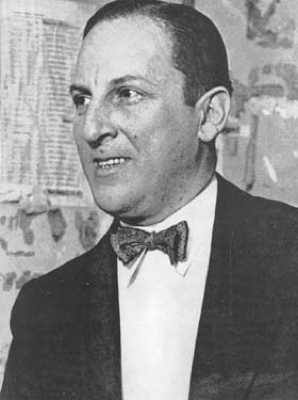 Nicknamed “The Brain,” Arnold Rothstein was behind one of the worst moments in sports history: The Black Sox Scandal. In it, the White Sox would lose games on purpose, so The Cincinnati Reds would win The World Series. Rothstein’s plan was to bet heavily on the Reds. When he was younger, he developed an interest in crime, while his older brother studied to be a Rabbi. His illegal activities made him a millionaire by age 30. He was shot in November 4, 1928, and died the next day. 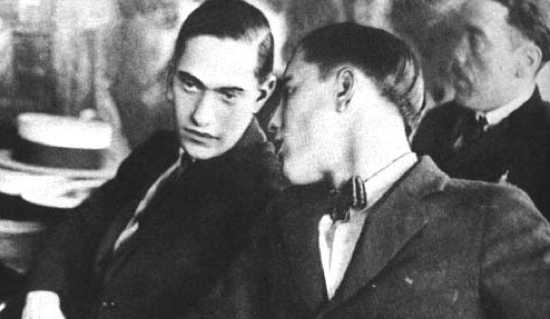 Nathan Leopold and Richard Loeb were geniuses, and were obsessed with committing the perfect crime. They attempted at this when they murdered Robert “Bobby” Franks with a chisel, stuffing a sock in his mouth, and pouring hydrochloric acid on the body to make identification harder.They were caught when a detective found eyeglasses near the body. These glasses were unusual for having a hinge mechanism. Only three people in Chicago, where they lived, had this type of glasses. One was Leopold. When they’re alibis fell apart, they confessed, and were sentenced to life imprisonment. Leob died when a fellow inmate stabbed him multiple times in the shower with a razor. Leopold died from a heart attack. Their crime is considered one of the most famous in history. 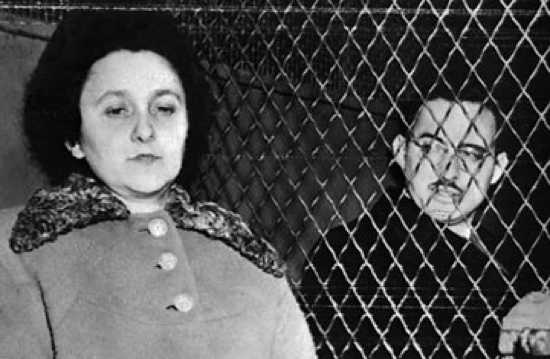 Why are they here, above people who murdered? The Rosenberg’s actions could have resulted in thousands dying, if Nuclear War broke out. Julius And Ethel were convicted of passing atomic bomb secrets on to the United Socialist Soviet Republic, or USSR (The Soviet Union). The trial was dubbed the trial of the century (At least until Dahmer). They were executed in 1953, and while many contest their guilt, Martin Sobell, who wast tried along with them, revealed in 2008, that they, indeed, were guilty. 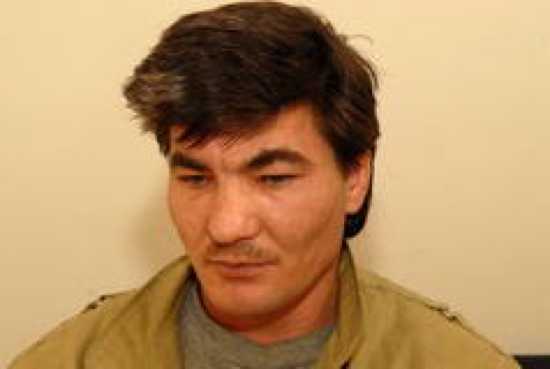 Nicolai Bonner was born in Moldovia to non-Jewish parents, but was allowed to go to Israel, under the Law Of Return, because his wife was Jewish. He became the first Israeli serial killer, and his victims were all immigrants from the USSR, three of them homeless, and all were beaten, then there bodies were set on fire to hide evidence. In 2007, he was sentenced to life imprisonment, for attempted murder, rape, assault, and interfering with judicial proceedings. He is currently in Israel, serving out his sentence. 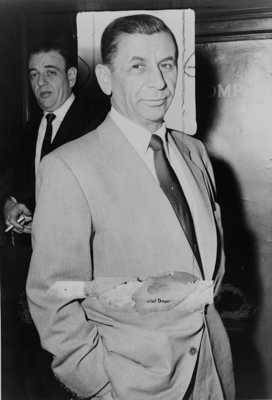 Lansky was a Russian-born American Mobster, known as the “Mob’s Accountant,” he was one of the most powerful men in the USA back then and was important in the creation of Las Vegas. Now, after WWII,in Cuba, a dictator, Fulgecio Batista, offered Lansky the control of all of Havana’s racetracks and casinos. Lansky became the center of gambling operations in Cuba. In 1946, the Havana Conference was held. Notable mobsters attended, including Joseph Bonanno, Frank Costello,and Vito Genovese. Representing the Jewish interest, was who else but Meyer Lansky. Lansky made millions from Cuba, until 1959, the year of the Cuban Revolution. Fidel Castro got rid of Lansky, in one of the few good things Communism has ever done. After an escape to Miami Beach, he attempted to leave to Israel. He was caught by the Israeli Government and sent to the USA. However, the USA failed to convict him, and he died in 1983. 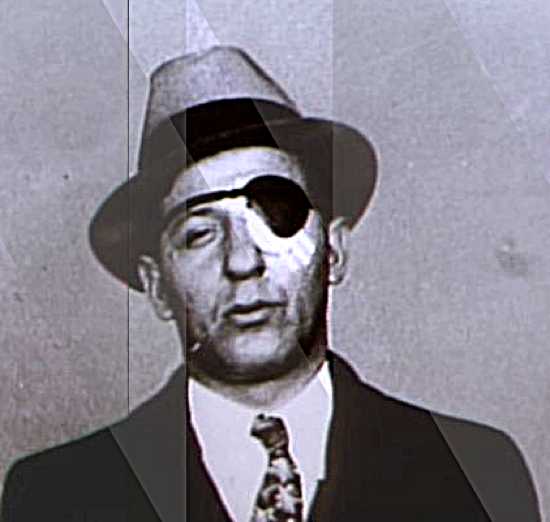 The worst mobster on this list, Buchalter was a true psychopath. He was the head of Murder, Inc., a mafia organization that was made up of hitmen. Murder, Inc. assassins once gunned down a New York businessman named Joseph Rosen. Another more infamous instance was when Dutch Schultz, another Jewish-American mobster, asked The Commission to kill Dutch’s enemy, prosecutor Thomas E. Dewey. The Commission decided to kill Shultz instead, to prevent the assassination. Buchalter had the immigrant Albert Anastasia kill Shultz. The murder of Rosen, however, proved essential to Buchalter’s downfall. He was indicted of the murder, which was caused when Rosen failed to leave town, and was executed in 1944 by electric chair. 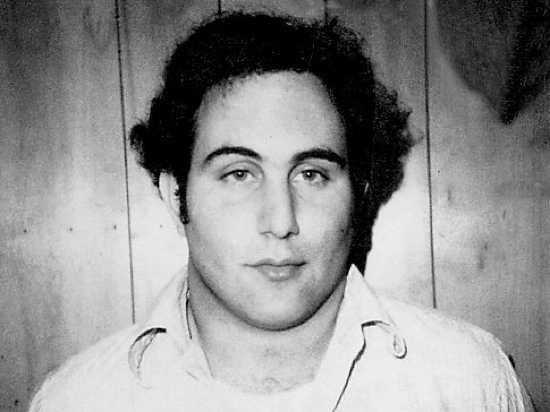 Okay, strictly speaking he was a satanist, but because he was born Jewish, I have included him on this list. Berkowitz was one of the most famous serial killers and arsonists in the USA. He killed six people and wounded many from 1976 until his capture in 1977. When asked why he committed these acts, he said that he was being commanded by a demonic dog belonging to his neighbor. He is still alive, and is currently living in prison. He was nicknamed “The Son of Sam Killer.” However, easily the creepiest aspect of this man is a quote of his: “There are other Sons out there, God help the world.” 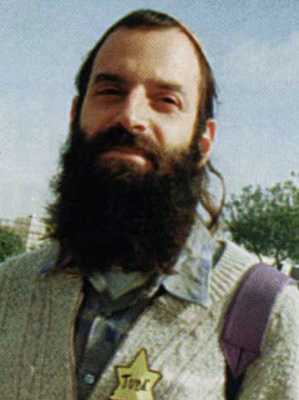 Goldstein was an American born-Israeli physician and mass murderer who was responsible for the 1994 Cave of the Patriarchs massacre in Hebron. He killed 29 Muslims praying there and wounded an incredible 125. He believed that these Arabs were attempting to kill Jews, and thus, according to Ian Lustick, “Was reenacting part of the Purim Story.” Goldstein was overcome and beaten to death by the survivors. Goldstein’s grave site turned into a shrine for Jewish extremists. The shrine was destroyed by the IDF under a law banning shrines to terrorists. Israeli Prime Minister Yitzhak Rabin called Yasser Arafat, a notorious Palestinian terrorist, and apologized that the mass murder had taken place. Many people still love Goldstein, even though he is the worst Jew of all time. Goldstein was widely described as a psychopath after the massacre.