The title of this article requires no further explanation, but it does require a disclaimer. We will be discussing intense and horrifying subject matter, and the videos discussed in this list are shocking to any sense of human decency. Although many of these videos have been posted online, we do not know which if any of them still are and have not provided any direct links. We strongly advise you against seeking them out. 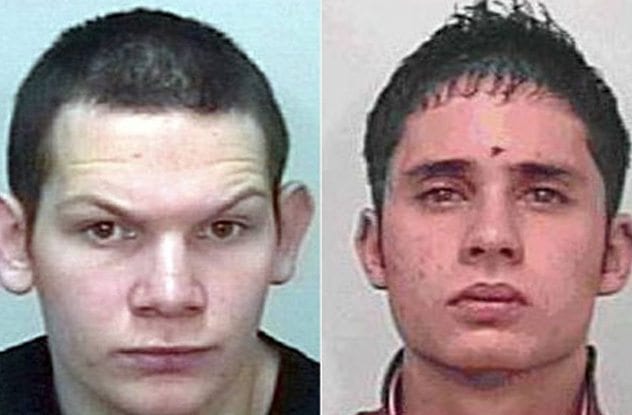 In 2008, teenagers Mark Masters and Sean Thompson were playing a thuggish and brutal game they called “Happy Slap,” which was not so much a game as beating up innocent passersby. When they targeted 29-year-old Gavin Waterhouse, they had a 15-year-old female friend film the attack on her phone. They giggled and joked as they punched Waterhouse repeatedly in the face, then kicked him into unconsciousness after he fell down.

Although he survived the initial attack, Mr. Waterhouse failed to seek medical attention and died three days later, alone in his apartment, from a ruptured spleen. Proud of their work, the teens shared their footage with friends and posted it online. Even though this footage was used to convict the pair in court, they were both sentenced to under 10 years in juvenile detention facilities. Their female friend received two years. 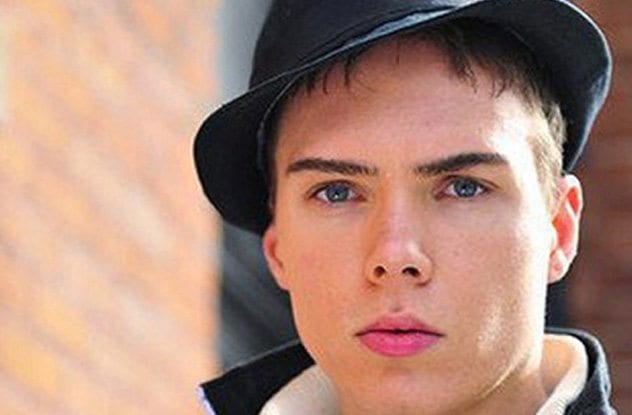 In 2010, animal activist Ryan Boyle stumbled across a video on 4chan that appeared to show a man asphyxiating two cats. The discovery prompted the formation of large group of dedicated web detectives that sought to track the culprit down, using details from the video: Russian being spoken in the background, a blanket only sold at one retail outlet, the model of vacuum cleaner the killer used.

Their research led them to a Facebook user with an unprintable username that they subsequently identified as Luka Magnotta, a Canadian resident with a checkered past, but their suggestions to authorities fell on deaf ears. He continued to post videos of kittens being killed as the group kept trying to pinpoint his whereabouts, but some months later, a tipster pointed them to another video starring Luka—one which would give them the shock of their lives.

In it, a dark-clothed figure straddles a bound, naked man with music playing in the background. He produces an ice pick, and proceeds to stab the victim 100 times before diligently dismembering him. This time, police paid attention: Luka was on Interpol’s most wanted list within a week and behind bars less than a month later. 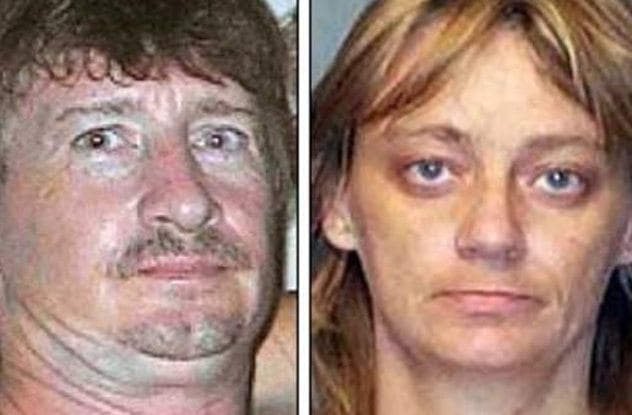 In 2006, Kansas City, Missouri, police found the charred body of Michelle Huff-Ricci in a shallow grave. Evidence prompted them to investigate the apartment of couple Richard Davis and Dena Riley, who had fled by that time. In the apartment were videos showing the torture and rape of not only Huff-Ricci but another woman, whose body had not been found yet.

During the ensuing eight-day manhunt, the couple kidnapped and raped a five-year-old girl while on the run. At trial in Jackson County for the murder of the unnamed victim, Davis received the death penalty while Riley was slapped with nine consecutive life sentences. The unfortunate jury was shown the couple’s videos before handing down the sentences.

Upon being tried for Huff-Ricci’s murder in Clay County, where it was determined she died, the couple were both given life sentences in exchange for guilty pleas. Prosecutor Daniel White expressed only one regret: “If we could kill him twice, I would be moving forward to get a death sentence from another jury.” 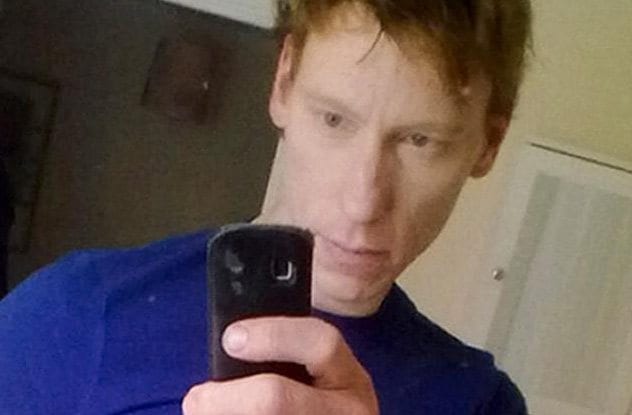 UK police were approached in 2016 by multiple young gay men who claimed they had had unsettling experiences after meeting 41-year-old Stephen Port through a dating app. He’d injected them with unknown drugs without permission, and they had lost periods of consciousness. This was the last dot police needed to connect the four bodies that had been found within the last 15 months near Port’s apartment building, all young, gay and dead of drug overdoses.

Port had a propensity for sex with unconscious men and often filmed himself raping his victims as they were unconscious. He had lured men to his flat for this purpose at least 12 times, and on the occasions his victims overdosed, Port had simply dragged them outside and left them there, taking their phones and planting bottles of the drug GHB on them. Not until surviving victims began coming forward were the deaths linked to each other or to Port, whose trial is ongoing as of this writing. 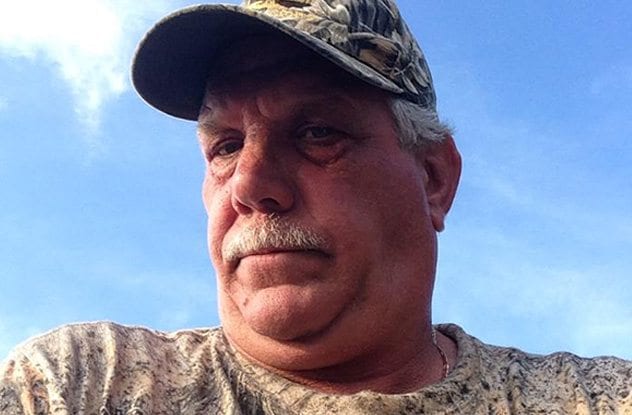 When Pennsylvania resident Jessica Padgett went missing in 2014, suspicion quickly fell on her stepfather Gregory Graf. His wife, Jessica’s mother, was out of state at the time, and there were inconsistencies in the stories Graf was giving police. When they linked him to the victim’s truck, he finally admitted to his crime but would not discuss a motive, only alluding to it being sexual in nature.

Investigators discovered Jessica, who had been shot in the back of the head, in a shallow grave in Graf’s backyard, but that was not their most horrifying discovery. That was found on Graf’s computer. He had made a video of himself sexually abusing his victim’s corpse after killing her. In 2015, a jury took six minutes to convict Graf of first-degree murder; he was sentenced to life in prison. 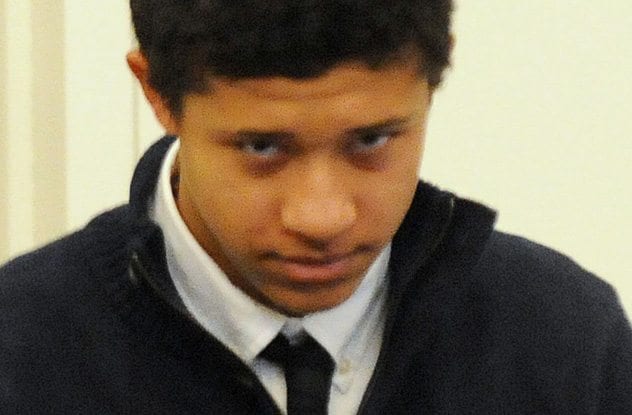 Philip Chism, who was 14 at the time of the crime in 2013, raped and murdered his 24-year-old teacher after hours at his school then dragged her body out to the woods. CCTV security footage illustrated this last part beyond question, but police are convinced that this was not the only video evidence of the crime.

The teen smashed his smartphone shortly before being apprehended, and police think it highly likely that he recorded the crime as it was taking place. Perhaps fortunately, this video was never recovered from the damaged phone, as it is unclear whether it would have resulted in a stronger sentence.

Tried as an adult, Chism was sentenced to two concurrent life terms plus 40 years. After credit for time served, he will be eligible for parole in 2053 at the age of 54. 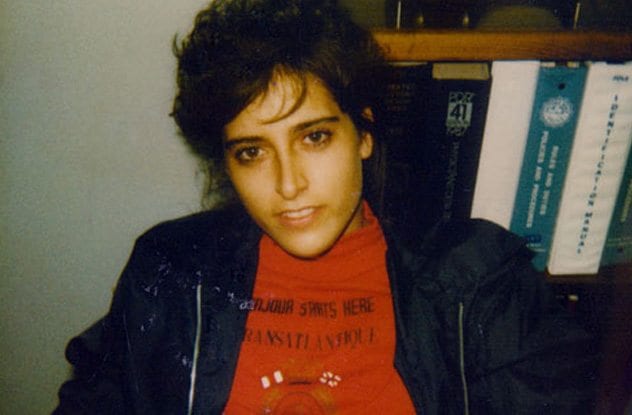 One night in 1990, pool hall owner Konstantinos Fotopoulos—a part-time counterfeiter—and his girlfriend Deidre Hunt drove his 19-year-old employee Mark Kevin Ramsey out to the woods to take part in a ritual. It would, he said, induct Ramsey into a secret society of hit men of which Fotopoulos was ostensibly a part. In reality, the young man wanted a cut of the counterfeiting operation, and the ride would be the last of his life.

For unknown reasons, Fotopoulos began filming with a camcorder while Hunt shot him three times in the chest. Her victim slumped to the ground. She pulled his head back by the hair and shot him once more in the forehead, all captured on the grainy tape.

During her murder trial, Hunt claimed Fotopoulos forced her to kill at gunpoint. However, it was clear from the videotaped evidence that he must have been holding the camera in one hand and a flashlight in the other. The pair were both sentenced to death; while Deidre’s sentence was commuted to life in prison, Fotopoulos remains on death row in Florida as of this writing. 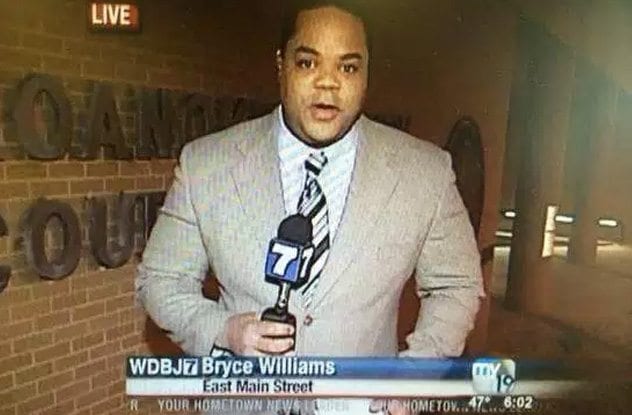 Vester Flanagan, who went by the on-air name Bryce Williams, was a reporter for Roanoke, Virginia, TV station WBDJ until 2013, when he was fired for “anger issues.” Nobody knew just how deep his anger issues went until two years later, when ABC News received a 23-page faxed document from Flanagan detailing the myriad conspiracies and injustices he felt were being perpetrated against him. It was wildly paranoid and delusional, and obviously the writings of a dangerous person, but by then it was too late. Flanagan had already shot and killed former coworkers Adam Ward and Alison Parker as they were in the middle of a live broadcast.

This was not the only video record of the shooting. Flanagan made one himself, posting it to Facebook shortly after the murders. It is a chilling first-person account of the crime, and has shown up across the Internet in both edited and unedited versions. It was never shown to a jury, however; Flanagan killed himself with the same gun used in his crime just hours after the attack. 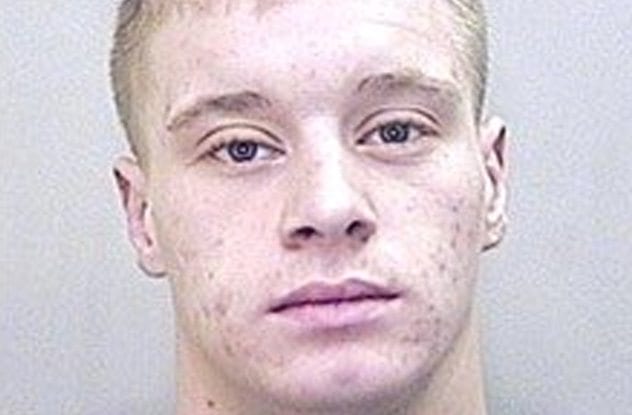 40-year-old Anthony Rees was friends with his young killers, Anthony Fitzgerald and David Bloomer. Police say an offhand remark made by the older man about Fitzgerald’s girlfriend caused the two boys to pay a visit to his house one day in 2008. When the visit was over, in the words of his killer, Rees “looked like something out of a horror movie.”

Police were alerted after Fitzgerald showed the girlfriend’s mother cell phone footage, shot by Bloomer, of him mercilessly beating Rees to a bloody pulp; he died at the scene due to bleeding into his airways. At Fitzgerald’s trial, the jury heard how Rees had been beaten so badly that he had to be identified by his fingerprints. Although a sentence of life imprisonment was handed down, Fitzgerald will be eligible for parole in 2022, after only 13 years behind bars. 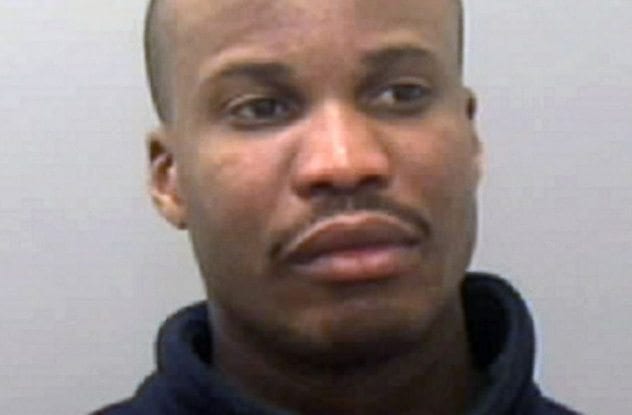 Between March 2001 and May 2002, the bodies of 12 prostitutes were dumped along the sides of roads throughout St. Louis, Missouri. The police investigation led them to hotel waiter Maury Travis, and their suspicions were promptly confirmed by the torture chamber they discovered in his basement while serving a search warrant.

Among the evidence they collected was a videotape titled “Your Wedding Day.” Initially just scenes of Travis smoking crack and having sex with prostitutes, the tape devolved into women forced to participate in bizarre games and rituals, then on to rape and torture. Eventually, a woman is strangled to death on camera.

Investigators who viewed the tape underwent psychological counseling afterward, so disturbing was its contents. Travis’s letter to the newspaper claimed responsibility for 17 victims, only 12 of whom were found, and he will be of no further help in the investigation—he hanged himself in his cell shortly after his arrest.