Research of ancient civilization evidently demonstrates that the Egyptians were well ahead of their time. The following cases not only demonstrate the ingenious innovations of a primordial society but their remarkably immaculate and admirable hygiene. Hesi-Re is credited as being the world’s first dentist, serving under pharaoh Djoser around 1600 BC during the Third Dynasty of Egypt. However, the first evidence of dentistry dates back to 3000 BC with the Edwin Smith Surgical Papyrus, a manual with detailed instructions on how to cure wounds in the mouth.

It was during this time that the dawn of minor dental surgery was performed, slowly paving a way to more complex procedures such as pulling teeth and drilling out cavities. For those whose breath smelled as bad as the armpits of the lower class, honey was combined with boiled herbs and spices, such as cinnamon and myrrh, to form pellets which were then used as breath mints. The Egyptians had their share of struggles when it came to warding off vermin and parasites. In an effort to rid themselves of head lice, men, women and children would shave their heads, while priests would shave their entire body every other day so that “no lice or any other foul thing may come to be upon them when they minister to the gods.”

While shaving would be temporarily effective, other remedies pertaining to repellents were questionable. For instance, a warm potion of date meal and water was believed to drive away fleas and lice. To keep mice from clothing, cats’ fat would be smeared “on everything possible.” One formula that perhaps was of value was sprinkling a solution of natron water, containing salt, in one’s home to eliminate and repel fleas. While anthropologists disagree on the origins of circumcision, it is certain that the ritual was practiced in Egypt as far back as 4000 BC. Mass circumcision ceremonies would take place primarily in the upper classes, being recognized as both a puberty rite as well as for the sake of cleanliness.

Although this comes as no surprise given that circumcision has been practiced by various religions spanning thousands of years, what is surprising is that some anthropologists argue that the procedure arose as a mark of defilement or slavery. In fact, captured warriors in ancient Egypt suffered amputation of digits as well as castration, however, such mutilation would often result in death. Therefore, slaves would be forced to undergo circumcision given that the procedure was viewed as a sufficiently humiliating compromise. 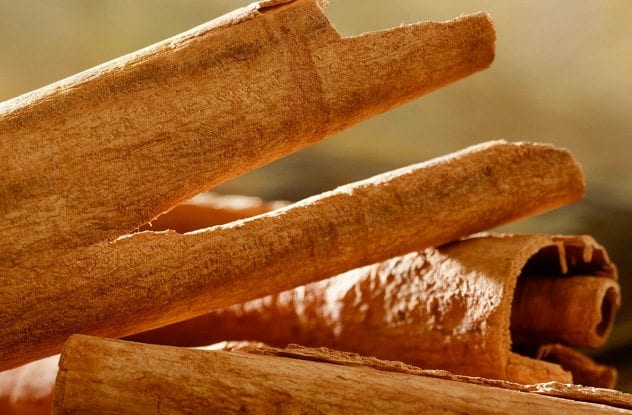 It’s not hard to imagine that anyone living prior to the 20th century was a tad malodorous, and to date, the struggle continues for many. The Egyptians, who are often credited for developing the first deodorant, tried to find a respite from their pungent odors with the help of a variety of spices such as citrus and cinnamon.

By mixing and grounding numerous fragrances, including the flowering evergreen shrubs of a carob tree, they were able to mold natural deodorant pellets that they stored in their armpits. In addition, they shaved their underarm hair upon realizing that it decreased their harsh scent. The ancient Greeks are said to have copied the Egyptians underarm application of perfume, but it would not be until the late 18th century when sweat glands were discovered that the link between body odor and perspiration was understood. Two thousand years before Hesi-Re was credited as being the world’s first dentist, the Egyptians as well as the Babylonians were making their own version of a toothbrush by fraying the ends of twigs. These “toothsticks” were discovered in tombs beside the mummified remains of their owners dating back to 3500 BC. What’s even more astonishing is that 1,500 years prior to this, Egyptians were using a paste to clean their teeth.

In the National Library in Vienna, Austria lies a collection of papyrus documents containing the world’s oldest-known recipe for toothpaste. The formula, which consists of dried iris flower, salt, pepper, and mint, are described as being ahead of its time given that iris is an effective agent against gum disease. Surprisingly, researchers have only recently discovered iris’s beneficial properties validating the innovative brilliance of the ancient Egyptians. The attention the Egyptians devoted to their appearance is evident from the contents of their tombs. Dating as far back as the Old Kingdom to the Late Period, hair implements as well as entire cosmetic sets were buried with their rightful owner as if to serve a purpose in the afterlife.

Such accessories, for example, included ornate hairpins and wide-tooth combs made of ivory and silver. Bronze tweezers to shape the eyebrows and gold razors were also found in abundance. Highly polished copper mirrors with intricate elegant handles were placed under the heads of the deceased or in front of their face waiting to be discovered centuries later. Preventative medicine was just as important to the Egyptians as every other measure they took to maintain their health and avert the spread of disease. They primarily focused on their diet as a means to improve their wellbeing.

For example, the Egyptians fed their laborers a diet rich in onion, garlic, and radish to secure the production of their magnificent monuments. The benefit is that these vegetables are extremely rich in allistatin, allicin, and raphanin which are powerful antibiotics that aided in the prevention of disease in crowded working conditions. To cure night blindness, doctors fed their patients powdered liver, which is rich in Vitamin A, a vital nutrient for vision. Alluring eye makeup that has become an epitome of ancient Egyptian glamour served more of a purpose than sheer vanity. Upon analyzing 52 samples from makeup containers preserved in the Louvre museum, scientists found that much of the lead-based substances used in Egyptian cosmetics boosted nitric oxide “by up to 240% in cultured human skin cells.” The importance is that nitric oxide is a key signaling agent in the body, enhancing the immune system to help fight disease. This is of particular importance in tropical marshy areas such as the Nile where eye infections ran rampant.

Researchers noted that two of the compounds recently discovered do not occur naturally. The Egyptians deliberately synthesized and used particular eye cosmetics to help prevent or treat diseases of the eye. 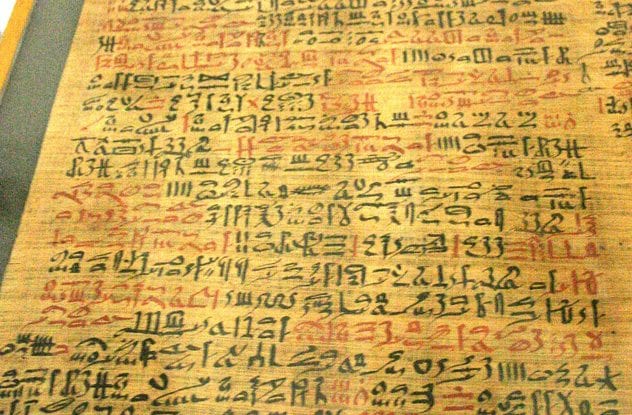 According to the Ebers Medical Papyrus, which dates back to 1500 BC, the Egyptians formed a soap-like material using alkaline salts in addition to vegetable and animals fats. This substance was not only used for washing but aided in treating skin diseases as well.

In fact, the Ebers Papyrus includes 877 prescriptions as well as the earliest documented awareness of tumors. This comes as no surprise—the medicine of the ancient Egyptians has been regarded as some of the oldest documented medical records to date. As Homer who remarked in The Odyssey circa 800 BC, “The Egyptians were skilled on medicine more than any other art.” In a time where women were highly objectified and limited in terms of freedom of choice, the Egyptians differed from other societies in that the educated were entitled to study any field of their choosing. Female physicians primarily pursued obstetrics, and this field, in particular, used a variety of concoctions that are not only fascinating but quite puzzling as to how they came about.

For instance, the earliest-known pregnancy test was derived by the Egyptians using barley and emmer (wheat). What they would do is moisten the grains with a sample of urine each day, and if neither the barley nor emmer grew, than that indicated that the woman was not pregnant. The test was quite effective given that urine of non-pregnant women inhibited the growth, a test validated by modern science.