As ancient civilizations go, the Egyptians are by far one of the more well-known. Their pyramids still stand to this day, and their mummies and sarcophagi pepper our museums, but is there more to them?

It turns out, some aspects of our modern life found their start in Egypt.

The Egyptians were remarkable at mathematics. The earliest records of geometry come from Egypt, as their geometry specialists were called “arpedonapti.” The arpedonapti used ropes to calculate the area of lands, eventually passing this knowledge to Greece.

Egyptians also worked out efficient ways of performing multiplication and division. While we have various ways to perform such calculations, Egyptians used a more computation-friendly method that involved doubling numbers, a technique we still use in modern-day computing. The above video goes into detail as to how computers and ancient Egyptians come together.

Egyptians also invented basic fractions. Most had 1 on the top (called a “unit fraction”), and more complex fractions (such as “4/7”) had to be represented by adding up several unit fractions. 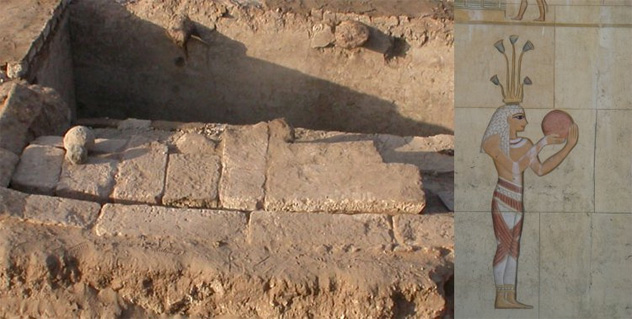 Archaeologist William Matthews Flinders Petrie found a child’s grave containing crude pins and small marbles and concluded it might have related to bowling, but there was no proof that they were used for such a purpose. More solid evidence can be found in a room near a residential area from the second century. It featured several balls and a lane with a hole in the middle. Some of the balls could fit through the center hole, while others were far too big.

Archaeologists believe it was a competitive game; one person tried to bowl the smaller ball into the hole, while someone on the other side of the lane tried to knock the ball off-course with the larger ones. 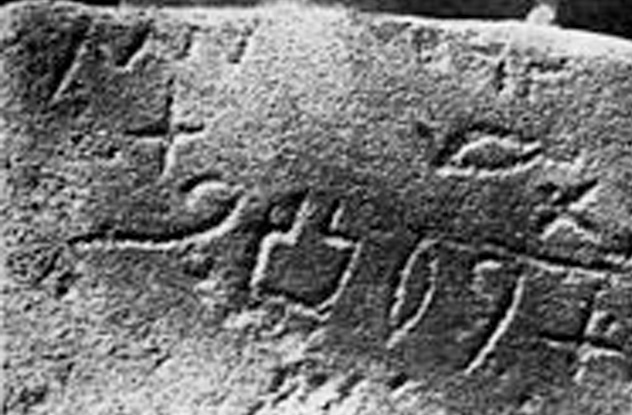 Of course, we don’t use any Egyptian alphabets today, but the idea of a phonetic alphabet (where each symbol represents a sound rather than a whole word) came from Egypt.

Egyptian hieroglyphs used a symbol for each word, but 24 uniliuteral signs were phonetic to pronounce loanwords and foreign words. Due to the complex nature of hieroglyphs, people had to be trained to use them, so Semitic people within Egypt crafted a 22-letter alphabet based on the uniliteral signs. It’s now known as the Proto-Sinaitic alphabet. It was wholly phonetic, with each letter used to construct a larger word—like our own alphabet.

It caught on with Egypt’s neighbors, including the Phoenicians. The Phoenicians would make it their own with an alphabet, simply called the Phoenician Alphabet, which spread around the Near East and Greece through trading. This acted as the foundation for alphabets around the world. 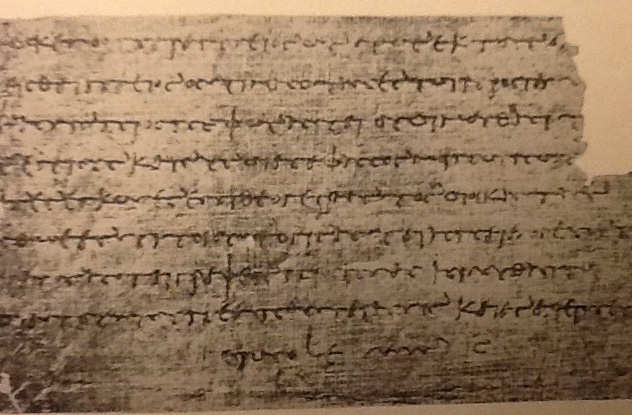 While the Egyptians didn’t discover the paper we use today, papyrus was a huge step up from carving words into stone, both in terms of ease of writing and being lighter to carry around. The Egyptians discovered papyrus (and the reed pen, so they could actually write on it) in 3000 BC. Still, it would take until 500 BC for papyrus to catch hold in the Mediterranean and West Asia. Papyrus would become one of Egypt’s best exports; it was very expensive, and the secrets on how it was made were heavily guarded.

Inspired by Egypt’s work, Europe would eventually move on to parchment. China would invent paper in 100 BC using mulberry bark and hemp rags, using a method that would evolve into today’s technology. While Egypt’s grand invention fell out of use, it gave the world the idea of moving away from stone tablets. 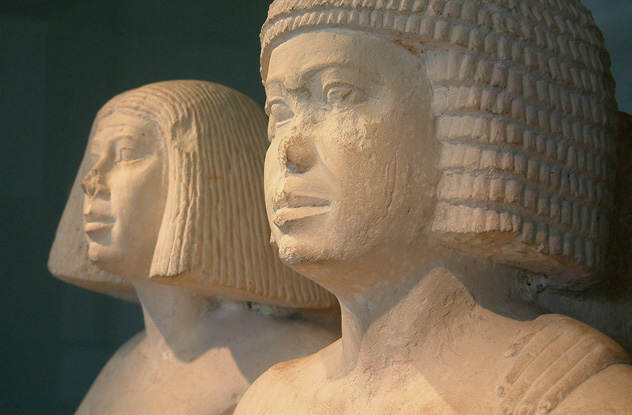 The Ancient Egyptians had a little bit of a dilemma. They didn’t like to have a full head of hair under the heat of the Sun, but they also didn’t want to go totally bald due to both the head skin being roasted by the Sun’s rays and for personal fashion reasons. They needed a temporary head of hair that didn’t trap heat as much as normal hair did but still looked good. The answer, of course, was the wig.

Keeping the heat away wasn’t the only reason the Egyptians adopted the wig. It also protected against head lice. As for what the wigs were made from, the rich and influential could afford to wear wigs made from the real thing—hair, either from themselves or someone else. 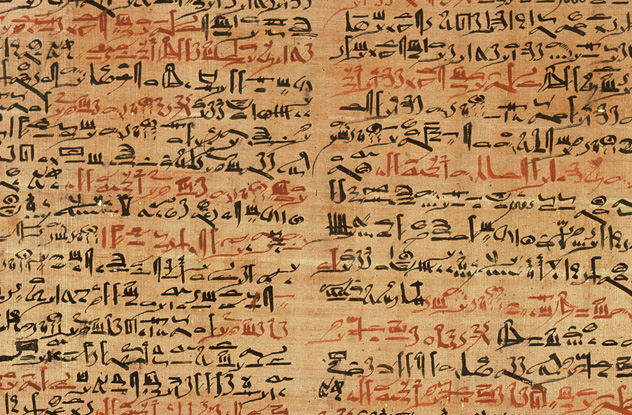 People were treating wounds with all kinds of herbs and ground-up animal parts for a long time. Due to their new and convenient writing methods, however, the Egyptians produced some of the oldest logs we’ve found of both medical procedures and medicine recipes. So far, we’ve found nine separate papyrus logs that talk about how the Egyptians performed their medicine.

One of them, the Edwin Smith papyrus, discusses myriad different wounds on each part of the body and their treatments. It’s unique, as it’s the first historical medical description that doesn’t rely on supernatural or magical forces to treat the wounds, making it scientifically sound—at least, as sound as Egyptian science was at the time. If you’d like to read some of their methods yourself, you can read a translation of the Edwin Smith scroll online. 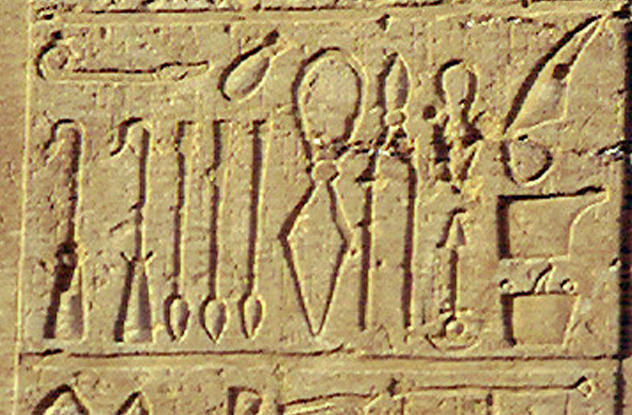 To go with their new-fangled recorded medicine, the Egyptians hold the title for the civilization with the earliest discovered surgical tools. They were found within the Tomb of Qar, known as “the Physician of the palace and keeper of the secrets of the king.” Kept next to Qar’s head were several bronze surgical tools, each of which sported a hole as if intended to be hung up on a hook.

Of course, given how Egyptians were now writing down their methods and procedures, we can also see written logs of surgery. They detail the removal of cysts and tumors, but more major surgeries that are performed today were probably never performed back then. Given how it was in the very early days of human biology study and anesthetics were still very crude, it’s easy to imagine why. 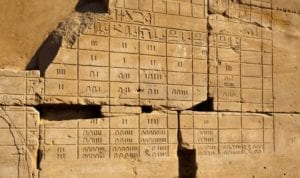 How we divide the day into hours and minutes and the structure and length of the yearly calendar owe much to pioneering developments in ancient Egypt. Ancient Egypt was run according to three different calendars. The first was a lunar calendar based on 12 lunar months, each of which began on the first day in which the old moon crescent was no longer visible in the East at dawn. This calendar was used for religious festivals.

The second calendar, used for administrative purposes, was based on the observation that there were usually 365 days between the heliacal rising of Serpet. This civil calendar was split into twelve months of 30 days with an additional five epagomenal days attached at the end of the year. These five days became a festival because it was thought to be unlucky to work during that time. A third calendar, which dates back at least to the 4th century BC, was used to match the lunar cycle to the civil year. It was based on 25 civil years, which was approximately equal to 309 lunar months.

Methods of keeping the teeth clean of detritus have been around for a while, but the Egyptians invented the first recorded toothpaste specifically created and reported to help oral health. Some Egyptian tombs were even found with toothbrushes within, which consisted of a twig frayed on one end.

Found in papyrus documents, the recipe for an Egyptian-style toothpaste is a drachma (1/100 of an ounce) of rock salt, two drachmas of mint, a drachma of the dried iris flower, and some pepper. A dentist called Heinz Neuman gave this recipe a shot and said that while it made his gums bleed, his mouth definitely felt cleaner afterward. 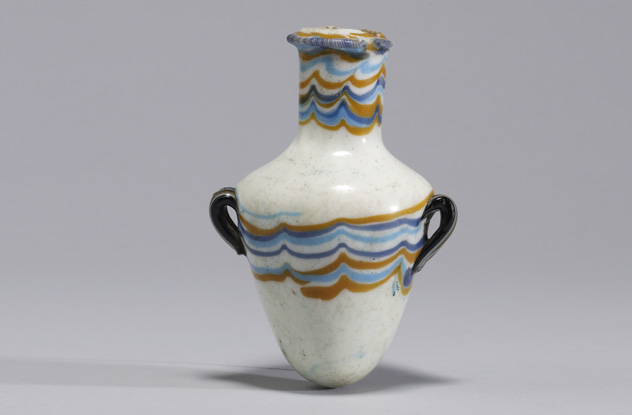 While glass can be found naturally formed around the world, the first proof that people were creating and using glass in crafts can be found back in 3500 BC, in both the Egyptian and the Mesopotamian civilizations, mainly in the form of small glass beads.

The Egyptians would go on to discover an efficient way of making vases, by plunging compacted sand molds into molten glass and rolling the result onto a cooled slab. The earliest Egyptian vases found were dedicated to Pharaoh Thoutmosis III, dating to around 1500 BC. Ancient Egyptians also managed to master the art of making red glass, which was very hard to do due to the glass having to be fired in an environment without oxygen.

Both the Egyptians and the Mesopotamians would spread their methods through trade and conquer, inspiring the Romans to take up the craft.