Modern weapon systems are far from inexpensive, but the costs are often forgotten once the system performs well in combat situations. When a weapon system is developed but never deployed, it tends to waste a lot of money, often to the embarrassment of politicians and the people responsible for development. Here are 10 of the most expensive weapon systems that were canceled or never used. 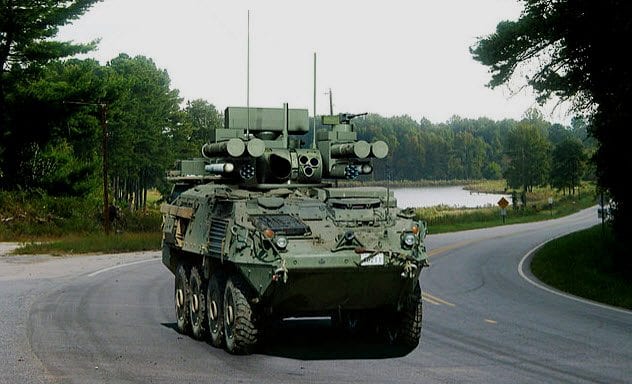 The Multi-Mission Effects Vehicle (MMEV) was to be Canada’s answer to both anti-tank and surface-to-air defensive technology on board an 8×8 wheeled LAV III system used for remote command and control (C2). The MMEV program was implemented in 2005 at a projected cost of C$750 million but was canceled just two years later.

The reason for cancellation was the diversity of the vehicle. The destruction of an operational C2/anti-air/anti-tank vehicle on the battlefield would reduce the capabilities of the ground forces by 3:1. The concern was that the integration of all three systems into one vehicle was an “ill-advised attempt at cost cutting at the expense of soldier safety and operational effectiveness.” 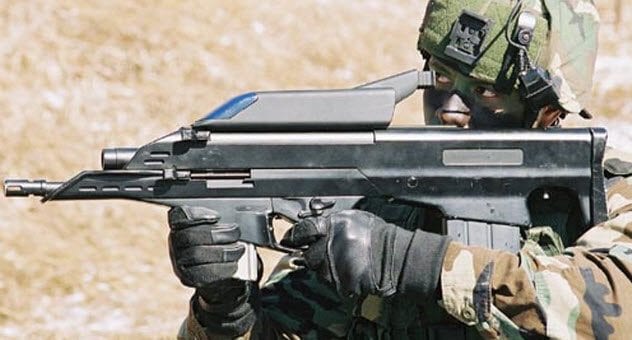 The XM29 Objective Individual Combat Weapon was a series of prototype weapons designed to give the warfighter on the ground better control over their small-arms munitions. The weapon was capable of firing a 20mm high-explosive projectile capable of programmable airburst—meaning the soldier who fired the weapon could program the shell to explode at a specific distance and altitude.

If fired toward an enemy who was behind cover, the shot would explode over and behind the target, effectively taking them out. The program began development in the 1990s and was scrapped in October 2005 due to a per-weapon cost of $35,000. The total for research and development of the XM29 topped $100 million before cancellation, but the spirit of the design may see the battlefield with the possible deployment of the XM25. 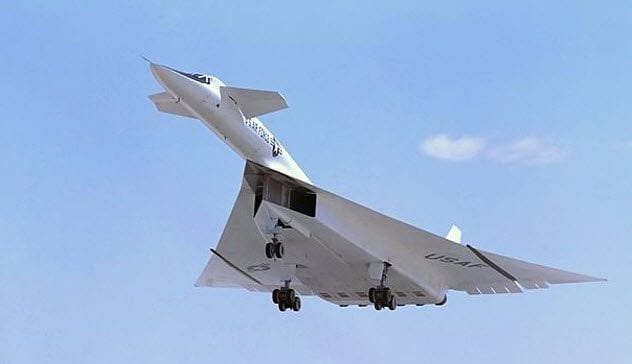 By the late 1950s, the United States Air Force Strategic Air Command was on the hunt for a new strategic bomber that was capable of replacing the B-52. The Valkyrie would have been armed with nuclear bombs and used for deep-penetration missions.

Conceptually, the B-70 was an invulnerable aircraft due to its ability to operate above 21,000 meters (70,000 ft) at a speed of Mach 3+, but the invention of surface-to-air missiles (SAM) rendered this invulnerability obsolete before it was fielded. To combat this, the aircraft was reimagined to fly at much lower altitudes to avoid the line of sight of fired SAMs.

As the decade came to an end, the development and implementation of intercontinental ballistic missiles replaced the aging strategic bomber fleet and the B-70 was no longer needed. By the time the program was concluded in 1961, the US Air Force had spent $1.5 billion, which would have equaled approximately $12 billion in 2015. 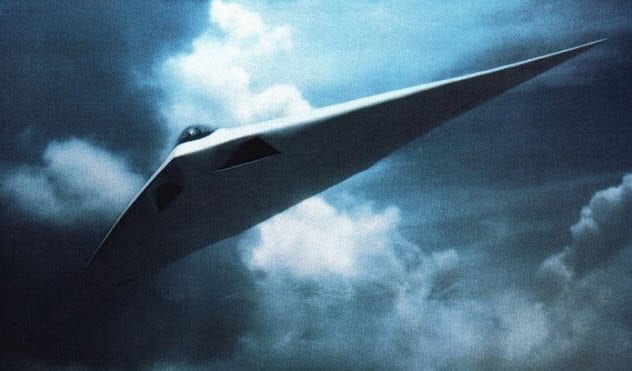 The A-12 Avenger II was a planned all-weather, carrier-based stealth bomber meant to replace the aging A-6 Intruder for the United States Navy and Marine Corps. The design concept was that of a single wing, similar to the B-2 stealth bomber, but meant for strategic naval operations.

Begun in 1990, the program was cut in 1991 before the entire cost of at least $57 billion was spent by Defense Secretary Dick Cheney. At termination, the US had already paid almost $3 billion of the $4.8 billion fixed-price contract but no planes had been built. So the United States Department of Defense sued the contractors for a return of the costs. A settlement was finally reached in January 2014, which returned $400 million to the United States. 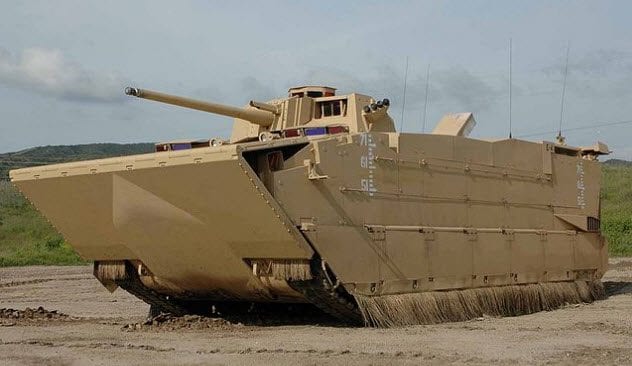 The Expeditionary Fighting Vehicle (EFV) was an amphibious assault vehicle developed for the United States Marine Corps to replace the aging Assault Amphibious Vehicle, which had been in service since 1972. The EFV was meant to rival the mobility and maneuverability of the M1 Abrams Main Battle Tank system but operate at sea and on land as a pivotal assault vehicle.

The program was expected to cost $15 billion, but it was canceled in 2011 by Secretary of Defense Robert Gates as a result of the Marine Corps’ request to extend the life of the Marine Personnel Carrier and Amphibious Combat Vehicle. The costs of the vehicle rose through R&D, which forced the Corps to reduce its initial order from 1,013 vehicles to 573. This was one of the primary reasons the program was eventually canceled at a total cost of $3 billion. 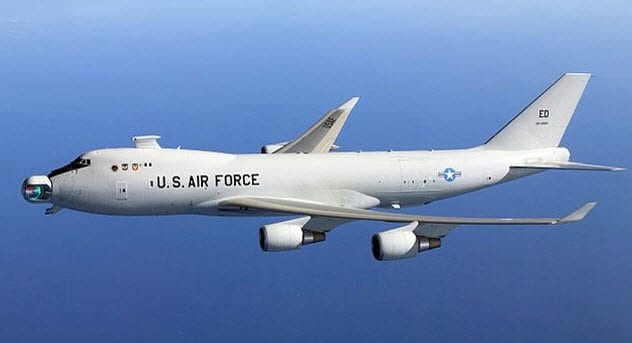 The Boeing YAL-1 Airborne Laser Testbed was a weapon system designed to be mounted on a Boeing 747-400F. The laser was a megawatt-class chemical oxygen iodine laser capable of intercepting and destroying missiles while in flight. The YAL-1 was designed to intercept and destroy tactical ballistic missiles while they remained in the boost phase (prior to reaching peak velocity).

The laser was successfully tested but never fielded due to the impracticality of its use in combat. Secretary of Defense Robert Gates cut the program due to the need for a significantly more powerful laser with a greater range to hit any targets fired from an enemy nation. At a cost of $1.5 billion to build and $100 million per year to maintain each system, the concept was simply not workable. The program was cut in 2011 after 16 years of development at a total cost of $5 billion. 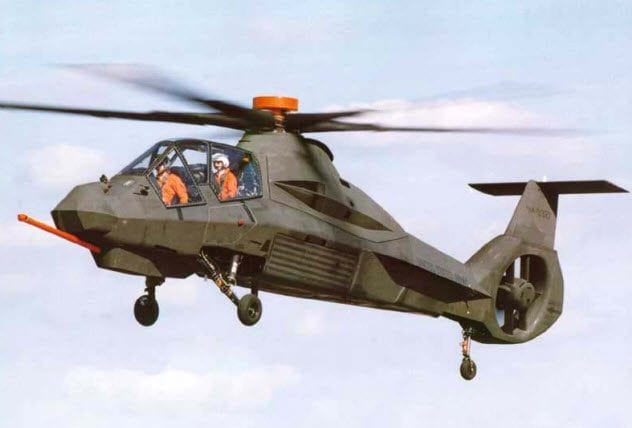 The RAH-66 Comanche stealth helicopter was planned to be a replacement for existing helicopters in the US Army inventory. Initial plans to purchase 650 helicopters were scrapped in 2004 when the army canceled all funding of research, development, and production. The cancellation came as a result of cost overruns and safety feature concerns due to advancing surface-to-air defense technology.

The funds were reallocated to another program, the Bell ARH-70, which was subsequently scrapped. Through the course of the project’s development from 1991 until its cancellation in 2004, the army spent approximately $6.9 billion. The remaining funds were reallocated to refurbishing and updating the army’s existing inventory, which they had initially hoped to avoid through the development of the Comanche. 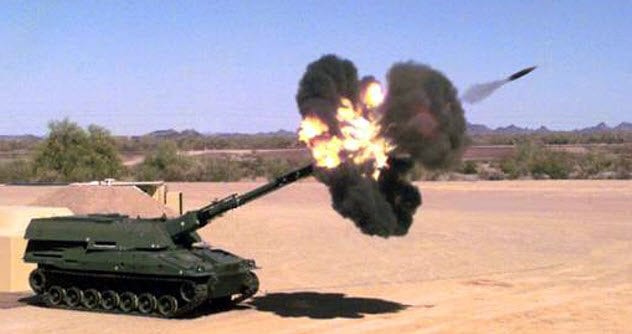 The XM2001 Crusader was conceptualized as the United States Army’s next-generation self-propelled howitzer but was canceled six years prior to deployment by Defense Secretary Donald Rumsfeld in 2002. The Crusader was meant to replace the aging Paladin system, which had been in the field since the 1960s as a more maneuverable and precise gun.

The Crusader was to be slightly faster than the Paladin. But due to the weight and cost of each system, the Crusader was not considered to be superior to the Paladin and was subsequently canceled. The original order of 800 vehicles was withdrawn when funding was pulled.

The program began in 1995 and lasted until it was canceled in 2002, having produced one prototype at a total cost of $11 billion. The only completed XM2001 can be seen as a showpiece at Fort Sill, Oklahoma. 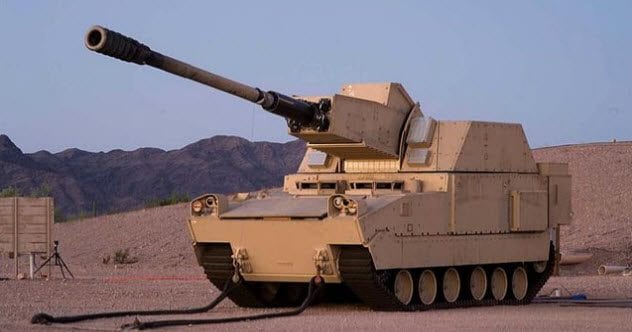 Between 2003 and 2009, the United States Army began a modernization program that envisioned faster, more maneuverable brigades with smaller vehicles capable of inserting into a combat zone on very short notice all over the world. The program was called Future Combat Systems (FCS), and it was projected to cost a total of $340 billion by the time it was implemented.

FCS was never fielded, and it failed to meet deadlines before Secretary of Defense Robert Gates called for a restructure and final cancellation of the program in 2009. Nine planned manned ground vehicles were scrapped or rolled into other programs following the cut. The Department of Defense spent more than $18 billion on FCS during the program’s six-year development. 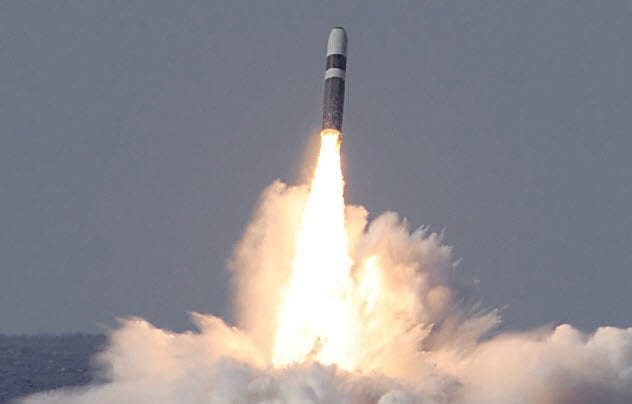 We can all breathe a sigh of relief that this weapon system has never been used, although it costs a great deal of money to develop and maintain. The various forms of the Trident missile were developed as submarine-launched ballistic missiles, capable of carrying multiple independently targetable reentry vehicles, also known as nuclear warheads.

Trident missiles are carried by the US Navy as well as the UK’s Royal Navy at a total estimated cost of $40 billion in 2011, with an estimated cost of $70 million per missile. The Trident missile program has been in operation and development since 1979 and is planned to remain in service until 2042. The estimated total program cost is $170.2 billion, but with any luck, the missiles will never be used.