Chainsaws allow murder on an industrial scale. They reduce humans to fodder while tantalizing the psyche with phallic suggestions. And real-life tales of murder and dismemberment by chainsaw wielding maniacs are even more terrifying than their fictional counterparts. 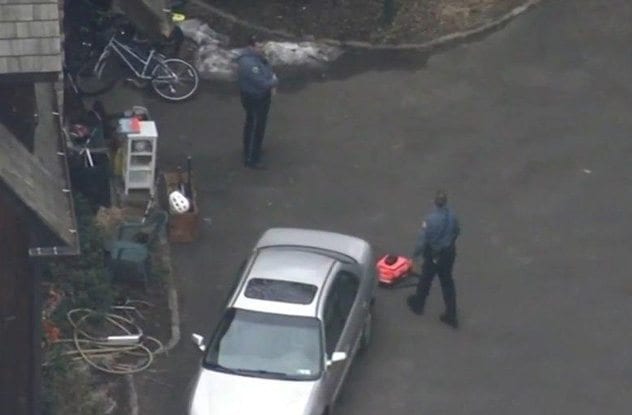 In 2015, Christopher Peppelman slaughtered his wife with a chainsaw and then turned the power tool on himself. Nicole Peppelman, 43, was choked and stabbed, but it was the chainsaw that killed her. Christopher, 48, died from self-inflicted “gaping, sharp-force wounds” to his thigh and abdomen. Chainsaw suicide is rare but not unheard of.

The couple’s 14-year-old son stumbled across the savage scene in their home in Montgomery Country, Pennsylvania. Investigators are uncertain what caused Christopher’s violence. Nicole filed for divorce in 2011, but it had only come through earlier that year. She and her two sons were living with her parents. Friends reported that the couple had problems in the past, but nothing predicted this horrific occurrence. Their children are currently in the care of family members. 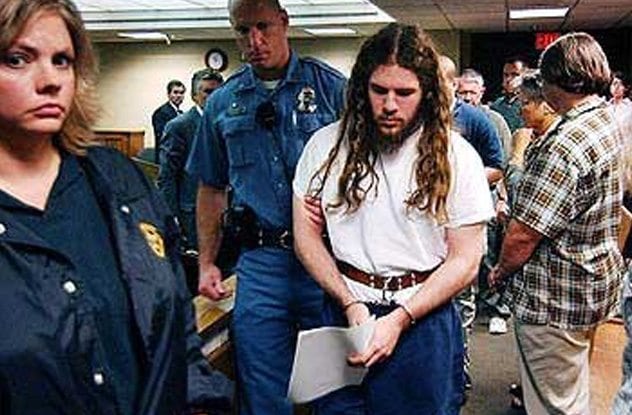 Andrew Ellmaker was convicted of killing his social worker by stabbing her and mutilating her with a chainsaw. A Kansas judge sentenced him to life with no possibility of parole for 50 years. Ellmaker was 17 at the time of the murder in 2004, and as a juvenile, he was not eligible for capital punishment.

Social worker Teri Lea Zenner, 26, was murdered while visiting Ellmaker’s house to check if he was taking his medicine. Ellmaker trapped Zenner in his bedroom. His mother, Sue Ellmaker, heard crying and threatened to call the police. Zenner stumbled out of the room with a neck wound. Sue was stabbed repeatedly when she tried to get between Ellmaker and the social workers. After his mother escaped to a neighbor’s house, Ellmaker took a chainsaw to Zenner. 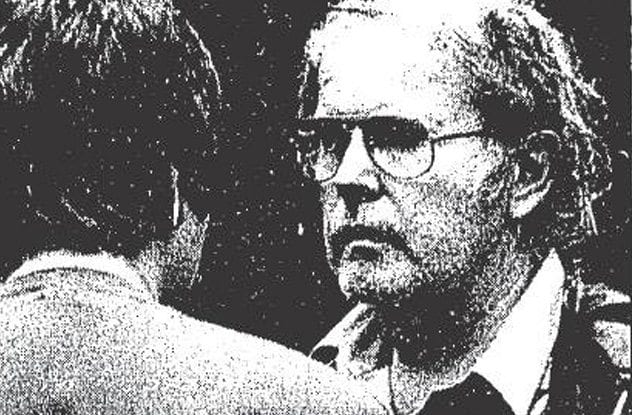 In 1987, a former Cal State Fresno professor murdered a male prostitute and dismembered him with a chainsaw. A Los Angles Superior Court judge sentenced Max Bernard Franc, 58, to the maximum time allowable. The victim, Tracy Nute, 18, was a Hollywood transient from Kansas City, Missouri. Nute’s arms and parts of his legs were scattered around the McBean Parkway in Valencia. His head and torso were discovered 200 miles north, in a field near Madera.

Authorities targeted Franc when he returned a rented chainsaw with bits of blood and flesh in the inner workings. The public defender argued that another man, Terry Adams, committed the murder and the dismemberment. Adams never surfaced. The jury believed Franc acted alone.

Franc taught political science at City Universtity of New York and Boston University before arriving at Cal State Fresno in 1969. He died of a heart attack in prison in 1997. 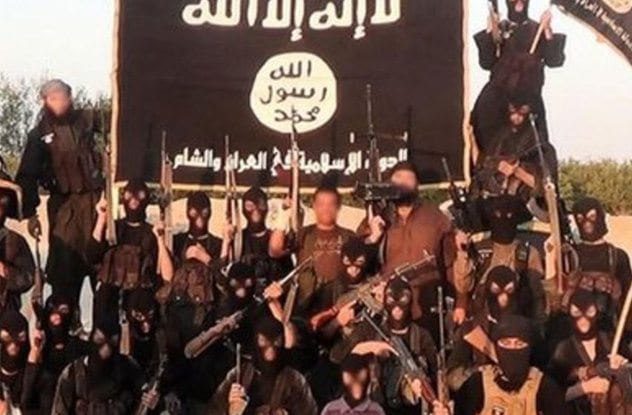 In September, ISIS rounded up a group of nine youths and executed them with a chainsaw. All nine were convicted of fomenting revolution in a sharia court. The “resistance faction” was dragged to Mosul’s Tal Afar Square, chained to iron poles, and split in half with an electric chainsaw. The story was reported by an anonymous source to Iraqi News. The massacre came just a week after ISIS killed a group of enemy collaborators by dumping them into boiling vats of tar.

Thousands have been executed since ISIS took over Mosul in June 2014. Allegations against the condemned vary but usually revolve around conspiring with the enemy. As forces close in, ISIS appears to be growing more desperate. In July, they burned a family of three for trying to escape. Witnesses have reported mass graves filled with ISIS fighters that had retreated on the battlefield or abandoned posts. 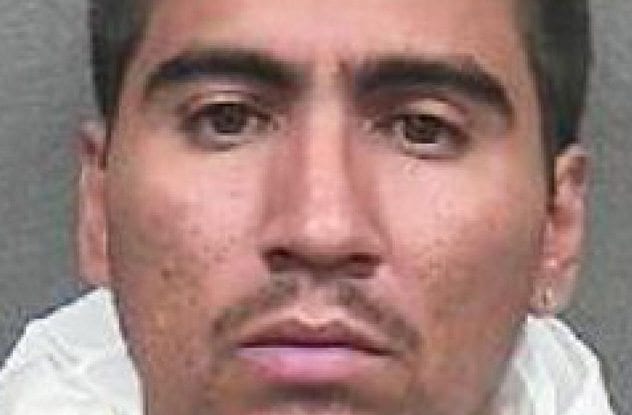 In 2011, police discovered the remains of Marlon Thomas, 35, in the weeds behind a Houston house. Later, a trash bag containing arms and a head was recovered from the crawl space. Nearby, they found a chainsaw. Cops arrested Noe Gerado Morin, 32, for the murder. Morin and Thomas were roommates and had been friends for over 20 years. Neighbors said Morin believed Thomas stole money and drugs from him.

Morin was convicted of the murder and sentenced to life. Prosecutors claimed he shot Thomas and then used a chainsaw to dispose of the corpse. First he removed the arms, and then he decapitated the lifeless body. The remains were then scattered. Some made it into the trash bag under the house. Morin allegedly showed off the dismembered torso to neighbors, claiming, “This is what happens when someone steals from me.” 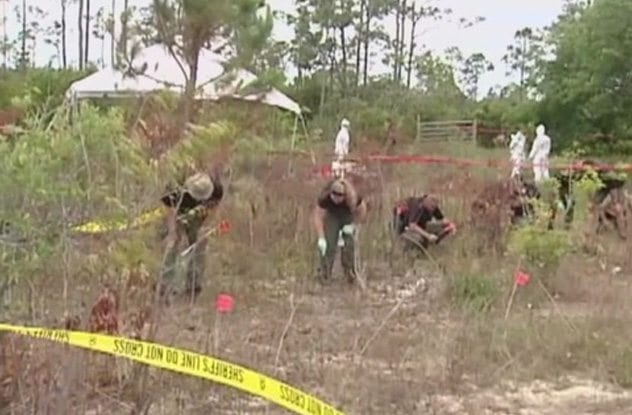 Investigators recovered nine human teeth, pliers, and two electric saws near the remains of Tricia Todd in a Florida wetland in 2015. Her ex-husband, Steven Williams, 30, passed a polygraph before he confessed to Todd’s murder. An airman in the US Air Force, Williams pleaded guilty to second-degree murder with a 35-year sentence in exchange for leading authorities to Todd’s remains.

Williams guided investigators to Hungryland Wildlife and Environmental Area. Todd’s body was dismembered and dissolved in caustic liquid before being interred in a pre-dug grave. Teeth were found on a grassy embankment and gravel path. Sonar detected objects in the deep canal, and the investigators sent in a dive team. The aquatic unit recovered a chainsaw and reciprocating saw. Williams had purchased both online in March before the slaying. 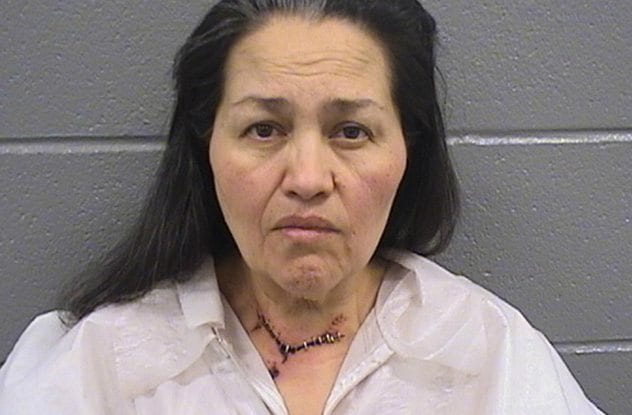 In 20015, Chicago resident Manuela Rodriguez killed her seven-month-old granddaughter with a power saw. Rodriguez, 52, was babysitting young Rose Herrera when she made a phone call to her sister and confessed to the murder. Rodriguez beat, suffocated, and then sliced Rose’s throat to get her to stop crying. She even tried to kill herself when emergency responders found Rose’s lifeless body.

The autopsy revealed that Rose died from blunt force trauma to the side of her head. A sock was shoved in her throat, and deep cuts covered her neck, throat, and chest. A pipe wrench and power saw were recovered from the apartment. The autopsy report showed that the power saw cuts had happened post-mortem. Perhaps she tried to cut up the baby for easy disposal. 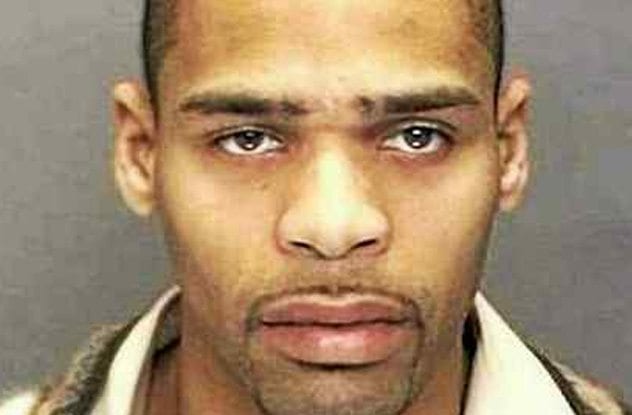 Earlier this year, Laquanta Chapman, 36, was sentenced to life for shooting a teenager, dismembering him, and disposing of him along with dog corpses. The victim, Aaron Turner, 16, lived across the street from Chapman. The high schooler died in a drug deal gone bad in October 2008. Chapman shot Turner, broke down his corpse with a pair of chainsaws and mixed his remains with pit bull body parts. He bagged up the dismembered victim and left him to be picked up with the trash. Turner’s body was never recovered.

The jury unanimously sentenced Chapman to death. The State Supreme Court replaced this with life without parole. There was not “sufficient aggravating factor” to justify the death penalty. 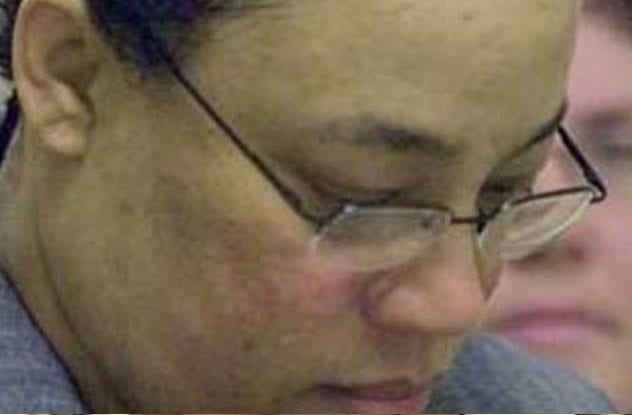 In February 2006, Daphne Wright kidnapped, murdered, and mutilated Darlene VanderGiessen, 42. Wright grew jealous of a friendship VanderGiessen struck up with her former lover. The rage was enough for Wright to kill VanderGiessen, burn her, and dismember her with a chainsaw. The victim’s remains were found scattered in a Minnesota ditch and a Sioux City landfill.

A South Dakota jury sentenced Wright to life without parole in 2007. This was the first female capital punishment case in the state’s history. Prosecutors argued Wright deserved to die by lethal injection because the mutilation of the body reflected a sick and twisted mind. The public defendant argued that Wright was acting out on an isolated impulse. To make matters more confusing, Wright is deaf, lesbian, and African-American. The court made sure to point out that none of these factors were relevant in her conviction or sentencing. 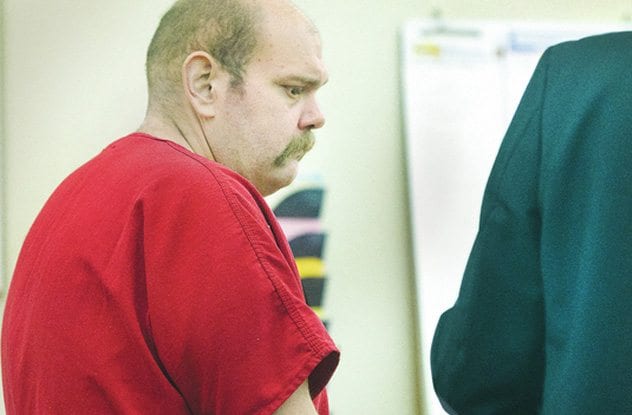 In 2012, Washington resident Justin Morgan killed his landlord. Skagit County sheriffs discovered the body of Louis Auriemma, 52, next to a chainsaw and blood-stained money. Daly, who lived in a trailer on Auriemma’s property, had been acting erratically leading up to the incident. Daly punched Auriemma days before the slaying and beat up another neighbor a month prior. Auriemma ordered Daly to move out.

Morgan confessed to clubbing him with a baseball bat, cutting his face with a chainsaw, and stabbing him with a nail. He claims Auriemma tried to stab him with the nail first. When asked for a motive, Morgan replied that he was “pissed off.” Despite the confession, Morgan later pleaded “not guilty” to murdering Auriemma.