Keeping up with the news is hard. So hard, in fact, that we’ve decided to save you the hassle by rounding up the most mind-blowing events each month. And what a month.

October saw kings fall, currencies nose-dive, storms batter the Caribbean, and a bunch of creepy clowns scare the stuffing out of people. But amid all this madness, 10 stories stood out as potentially the craziest of all. 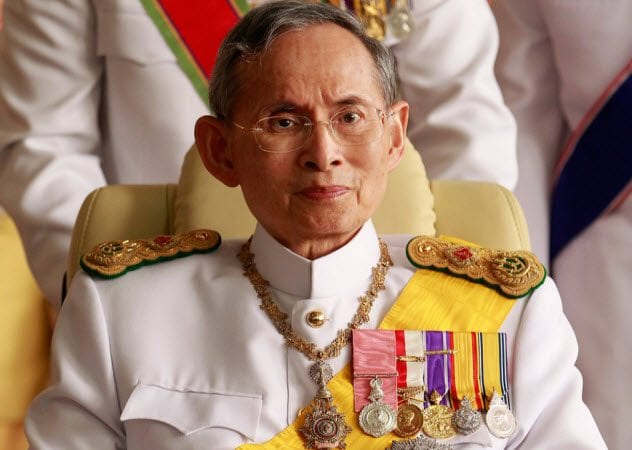 On October 13, King Bhumibol Adulyadej passed away in Bangkok. He’d ruled Thailand for 70 years, a longer reign than any other current monarch. His death threw the entire country into a state of meltdown.

Thais are so passionate about their royals that they make the British look like guillotine-happy revolutionaries. It is illegal to insult the royal family, including pets, and doing so will get you a 15-year sentence.

Unsurprisingly, Adulyadej’s death brought the entire nation to a standstill. Thousands massed to chant, “Long live the king!” Vigilante groups attacked those who were seen smiling or not wearing black in public. In the halls of government, members of the military junta began to whisper about civil war.

Thailand is a deeply fractured society. Adulyadej was the glue that held it together. With his unpopular son, Vajiralongkorn, next in line, many are worried that those cracks will now split wide open. 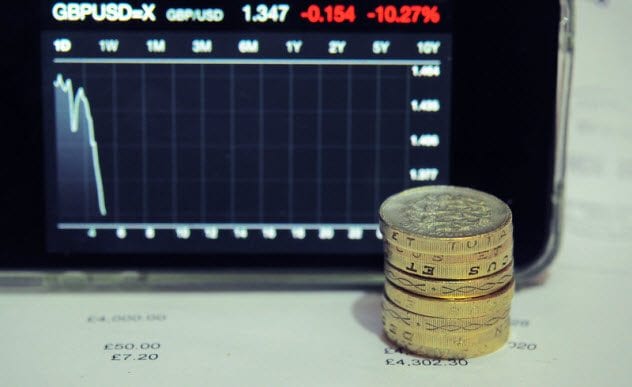 A few short months ago, British sterling was one of the safest currencies in the world. Then Brexit happened, sending the pound into free fall against the dollar. This month, it finally hit rock bottom.

October 11 saw the pound reach its weakest level in recorded history. Measured against other global currencies, sterling has never been so worthless. Official figures from the Bank of England only go back to the mid-1970s, but London’s Financial Times estimated this slump was unprecedented in the past 166 years of British history.

At the time of this writing, only currencies like the Argentine peso, the South African rand, and the Venezuelan bolivar are consistently performing worse than the beleaguered pound.

Interestingly, no one in the UK can really agree if this devaluation is a good thing or not. Brexit supporters say that it will help exports. Brexit opponents say that it will cause living standards to plummet.

8 The Oregon Bundy Militia Was Acquitted 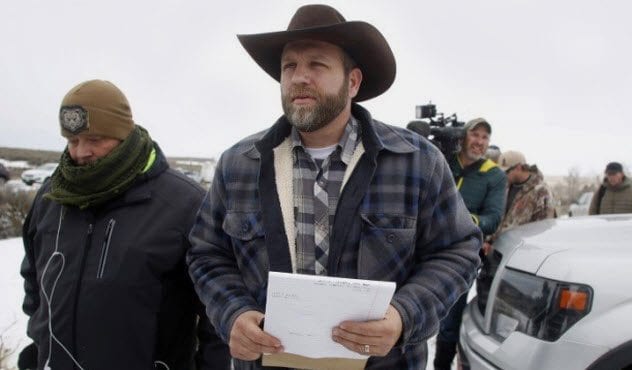 Back in the ice and chill of January, armed members of the Bundy militia seized a federal refuge in Oregon in protest over land grazing rights. The ensuing standoff eventually saw one of the occupiers gunned down on a lonely stretch of road and everyone else arrested. The FBI assumed that it was an open-and-shut case.

They were wrong. On October 27, a Portland jury acquitted the entire militia.

Reactions were mixed, to say the least. On the one hand, land rights supporters celebrated a surprise victory. On the other, left-wing groups suggested that the jury had let a bunch of antigovernment terrorists free because they were white.

Still others blamed the FBI for getting cocky. In an open letter, four jury members claimed that they would have happily convicted the Bundys of trespassing but the Feds had foolishly pushed for the much harder-to-prove charge of sedition and conspiracy.

7 Japan Was Hit By A Shocking Suicide Bombing 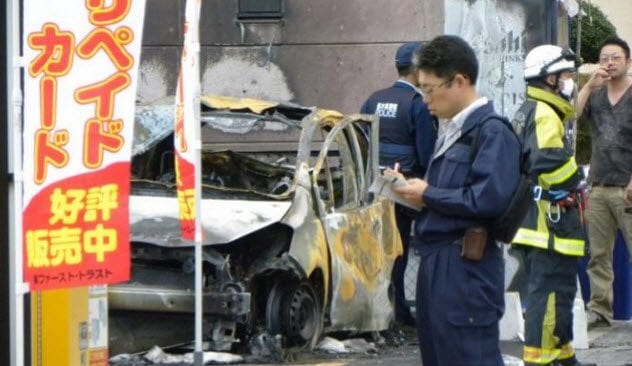 Japan isn’t fighting in the Middle East. It’s one of the few countries that ISIS hasn’t directly told its supporters to attack. There are no right-wing militias, its ultra-leftists only target US bases (and then only rarely), and the country’s only homegrown terror group—the doomsday cult Aum Shinrikyo—was smashed by authorities after gassing the Tokyo subway in 1995.

The answer was perhaps even more shocking than the blasts. Toshikatsu Kurihara, 72, a former Japanese Defense Force officer, apparently destroyed his own car and then blew himself up as part of an elaborate suicide linked to family matters. His selfish actions left three others in the hospital, two with serious injuries. 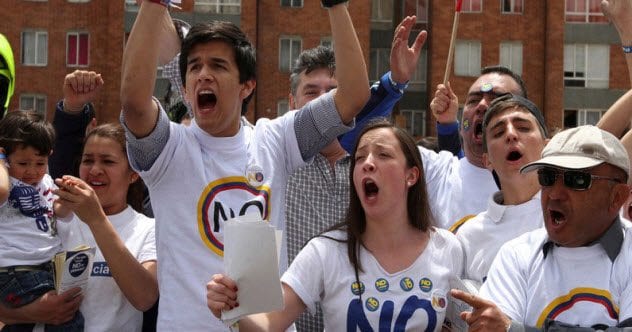 In last month’s roundup, we told you how Colombia was finally on the verge of peace. After years of negotiations, the government had reached an agreement with Marxist terrorists FARC to end a civil war that had lasted 52 years and killed around 250,000. At the time, we noted that the deal still had to be ratified by referendum, adding that “polls predict a victory for the pro-peace side.”

How wrong they were. On October 2, Colombians voted by 50.2 percent to reject the peace deal.

The rejection was a hammerblow to Colombian politics. The “No” campaign was led by former president Alvaro Uribe, who used the referendum as a crude weapon to attack President Juan Manuel Santos. At the time of this writing, Santos, the FARC, and Uribe are desperately trying to thrash out a compromise that will save the deal and end the prospect of a renewed civil war. 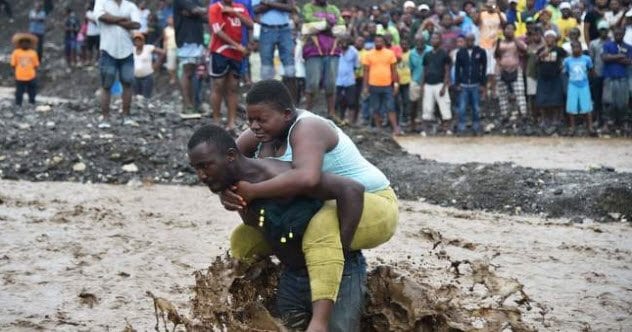 Impoverished Haiti still hasn’t fully recovered from the 2010 earthquake that leveled Port-au-Prince, killing 230,000. This October, it suffered yet another body blow from Mother Nature. Hurricane Matthew swept over the country, killing some 1,000 and leaving 800,000 homeless. Half a month on, things are in danger of going from bad to worse.

After the 2010 earthquake, poor sanitation caused a cholera outbreak that killed another 10,000. Since Hurricane Matthew hit, nearly 3,500 new cholera cases have been documented. Sanitation services are failing, infrastructure has collapsed, and hundreds of thousands are cut off without access to safe water.

As such, everyone is terrified of a repeat of 2010. At the time of this writing, aid agencies are scrambling to inoculate the population against cholera before it’s too late.

4 The Universe Got Really, Really Big 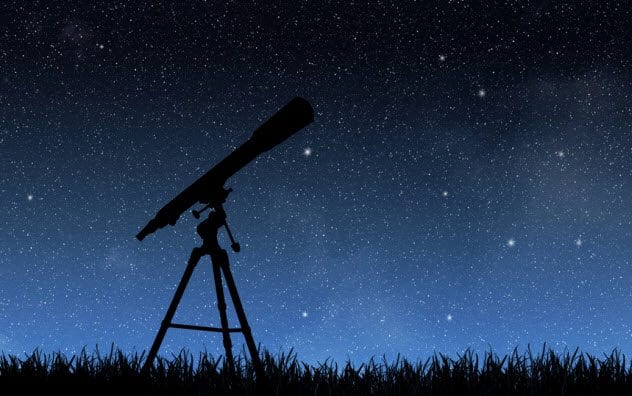 Ninety percent of all galaxies are effectively unknown to us because most are too faint and far away to be seen by current telescopes like Hubble. Scientists were only able to determine their existence by doing crazy-advanced calculations to work out the masses of all visible galaxies. To make the numbers add up, they realized that there must be a further 90 percent of galaxies that we currently can’t see.

Luckily, these galaxies won’t remain invisible for long. In 2018, we launch the James Webb Space Telescope. It will be powerful enough to study at least some of them. 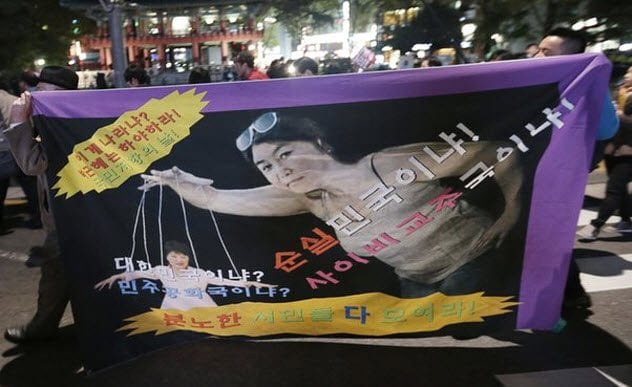 A century ago, Tsar Nicholas II fell under the spell of a religious maniac—a spooky figure named Rasputin who wielded outsize power. Rasputin dictated government policy behind closed doors and caused ordinary people to take to the streets in protest. Fast forward to the present, and his female equivalent may be about to topple the president of South Korea.

Like Rasputin, Choi Soon-sil has been linked to a creepy religious cult. Like Rasputin, she is said to have near-total control over the country’s leader, Park Geun-hye, dictating everything from defense policy to what Park wears. And like Rasputin, Choi has become a figure of hate.

Since October 29, thousands have been demonstrating for an investigation into Park and Choi’s relationship. Park’s approval ratings have hit an all-time low, and opposition politicians are clamoring for her impeachment. On October 31, Choi was placed under emergency arrest in a detention facility in Seoul. She can be held for as long as 48 hours without a warrant from a court.

2 The US Election Went Insane 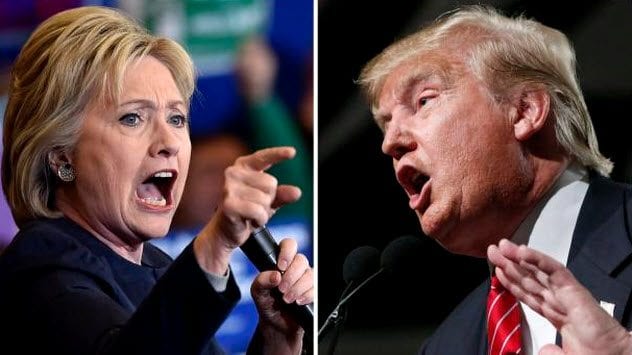 In 2012, it was fashionable to say that America deserved better than a choice between Barack Obama and Mitt Romney for president. The 2016 election is fate laughing at our naivety. Obama and Romney were statesmanlike, debated serious ideas, and only got involved in trivial scandals. Clinton and Trump, on the other hand, spent October going from bad to worse to utterly despicable.

To recap, Trump was repeatedly accused of sexual assault, refused to say that he’d accept the result of the election, and was accused of having ties to the Kremlin. Meanwhile, Clinton had her email investigation reopened after the FBI discovered thousands of previously “lost” emails. Senate Democratic leader Harry Reid responded by accusing FBI Director James Comey of violating the Hatch Act to aid Trump—a very serious charge. 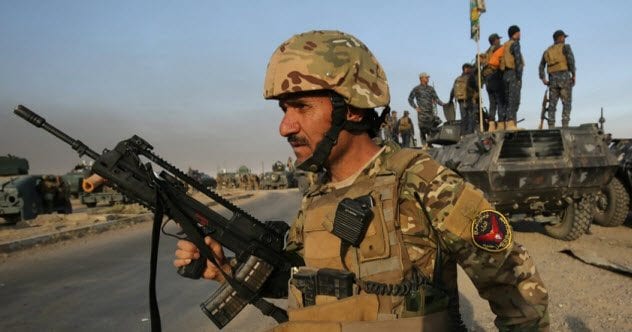 Since mid-2014, the city of Mosul has been ISIS’s de facto capital in Iraq. As the rest of ISIS’s territory crumbled, Mosul stood strong. But the tide may finally be turning. On October 17, Iraqi special forces joined with Iranian Shiite and Kurdish militias to retake Islamic State’s last Iraqi holdout. At the time of this writing, the apocalyptic battle is still raging.

The Mosul offensive is the largest operation in Iraq since the 2003 US invasion. Air strikes have pounded ISIS targets as jihadi car bombs blow advancing troops to pieces, all under the never-ending chatter of machine guns. If Mosul falls, ISIS will effectively disappear from Iraq.

Inevitably, ISIS isn’t going down without a fight. Jihadists are using civilians as human shields, booby-trapping the town, and committing hideous massacres. Up to one million refugees are expected to flee. Mosul may fall, but the task of clearing up ISIS’s hideous mess is only just beginning.