In the realm of science fiction, practically anything is possible. However, as often as life imitates art, it just as often goes screaming past art in its requirement for suspension of our disbelief. These stories from the world of science are drawn from the richest well of inspiration writers of fiction will ever have—reality. 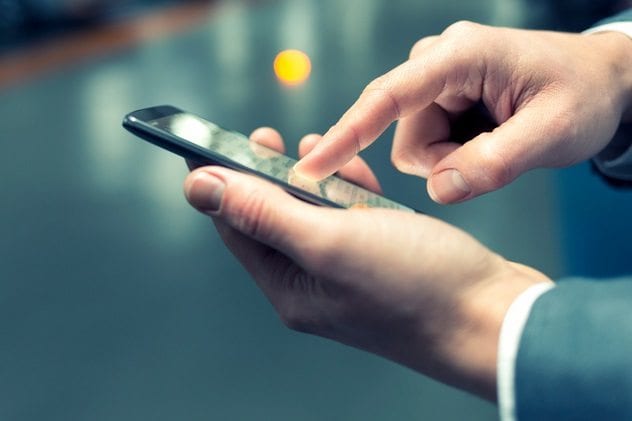 When New Zealand professor Christoph Bartneck received an e-mail inviting him to submit a paper on nuclear physics for a conference in the US, he was a bit puzzled. After all, he had almost no knowledge of the subject and had never been invited to speak in such a capacity before. Undaunted, he set out to write the requested paper in a novel fashion: using iOS autocomplete. He simply began each sentence with “atomic” or “nuclear” and let his phone fill in the rest.

The resulting paper, titled “Atomic Energy Will Have Been Made Available to a Single Source,” was accepted in less than three hours, and the professor’s presence at the conference was requested for an oral presentation—despite the paper being complete gibberish. Bartneck was forced to conclude that “this is not a particularly good conference.” As the closing line of his paper somberly notes, “Power is not a great place for a good time.” 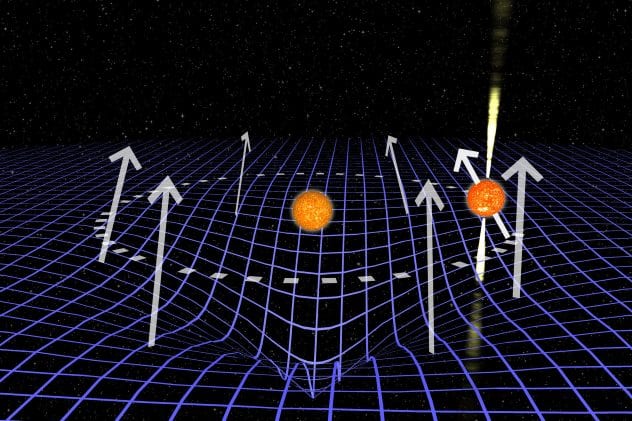 A pulsar is a dense, massive star that has collapsed on itself and emits electromagnetic radio pulses that can be detected by scientists. Researchers in the Netherlands had been studying J1906, a relatively young pulsar and half of a binary star system, for about five years looking for clues as to the composition of its companion star—until J1906 simply vanished.

Rather, it is hiding . . . inside a warp in space-time created by its orbit around its companion star. The companion’s mass helps to create a kind of “sinkhole” in the fabric of time and space, causing J1906 to shift on its axis and broadcast its electromagnetic pulses into the warp. This means an end to the study of the star’s characteristics, for now. Researchers estimate it will be visible again in only 160 years. 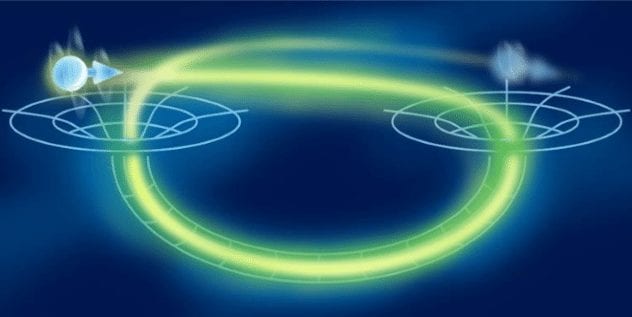 In quantum physics, a “closed timelike curve” is a concept suggested by Einstein’s theory of relativity and has long been theorized to open the door to time travel. It is essentially a loop in the fabric of space-time. The possibility of anything traveling along such a loop raises the probability of paradoxes, such as the traveler’s interaction with previous versions of itself, that render time travel by this method unworkable by current models.

But researchers in Singapore have recently done the incredibly robust math on using open timelike curves, which don’t allow this type of interaction, to increase a quantum computer’s processing power by literally sending data packets back in time. While the data would be encrypted and not technically interact with anything in the past, it would be quantum entangled with the “present” data system, and it is from these entangled correlations that the additional processing power can be harvested.

Complicated? Of course, but the math checks out. 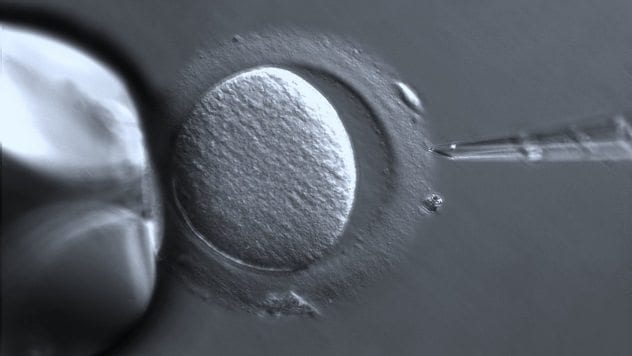 Mexican physicians, with the help of US research scientists, have recently pioneered an innovative technique for overcoming genetic disorders passed from mother to child. Called mitochondrial donation, the procedure involves stripping a donor egg of its nucleus but leaving the mitochondria intact. The nucleus is then replaced with one from the egg of a potential mother, whose mitochondrial DNA would have otherwise passed on a genetic defect.

The first baby born using this technique was spared from inheriting Leigh disease, which stunts the developing nervous system. The procedure has not yet been approved to be performed in the US, but it has in the UK, although it hasn’t been attempted there as of this writing. 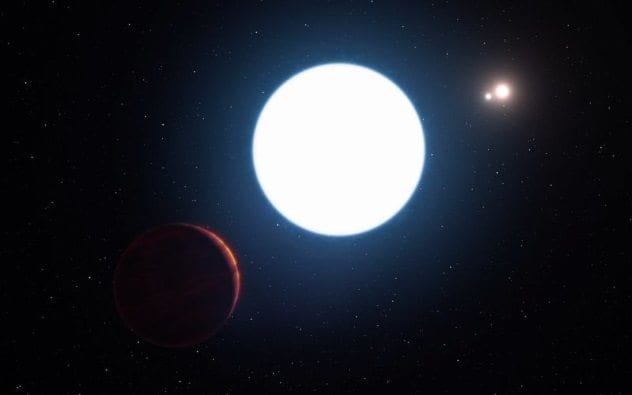 Astronomers have discovered and catalogued thousands of planets, many with qualities unseen in our own solar system. But HD 131399ab, 320 light-years from us in the constellation Centaurus, has qualities unseen anywhere else in the universe thus far. Four times as massive as Jupiter, the gigantic exoplanet describes a singularly peculiar orbit, influenced as it is by the gravitational pull of its three suns.

Scientists have long thought that any planet caught in such a scenario would either be ripped apart or ejected from its orbit. Even though the planet is relatively young (about 16 million years), the fact that it has even survived that long is a bizarre anomaly. Astronomers are continuing to observe the stability of its orbit. The planet has two long seasons, one in which day and night alternate (with all three suns visible in the daytime) and one in which one or more suns are always rising while another is setting. 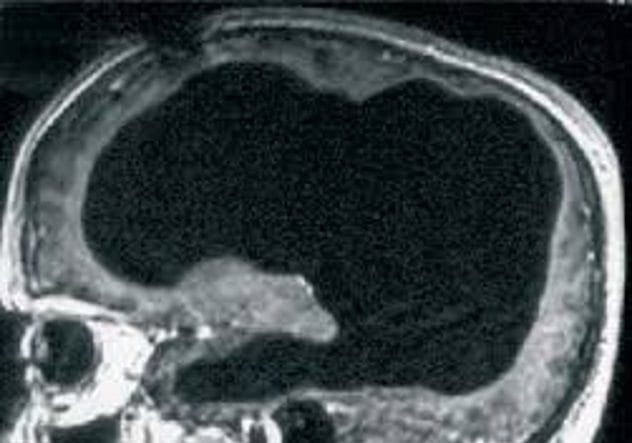 When a 44-year-old French man went to the doctor complaining of weakness in his left leg, a CAT scan was ordered, which was typical. What wasn’t typical was the resulting image.

Diagnosed during childhood with fluid buildup in the brain, the man had been treated with a shunt until age 14, when it was removed. Apparently, fluid had continued to fill the man’s skull cavity for the next 30 years—slowly eroding his brain as it did so.

Although the unidentified man is a functioning, healthy adult, only ten percent of his brain remains. Scientists are at a loss to explain how a man missing many regions of his brain is able to function at all, let alone normally. It is hypothesized that the man’s brain is in a constant state of “relearning,” implying that the locations in the brain associated with specific functions may be far more flexible than previously thought. 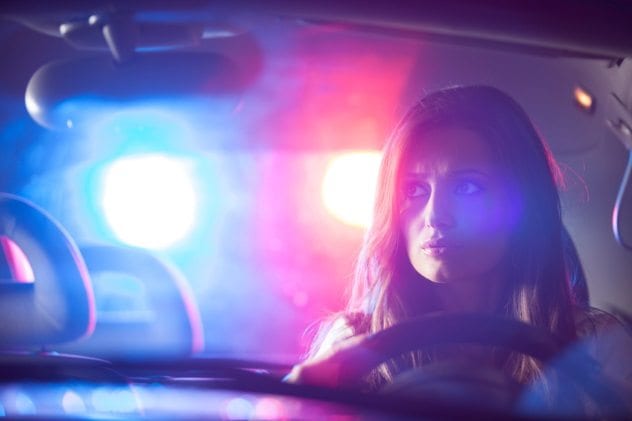 Outside of Buffalo, New York, in 2015, police arrested a female motorist on suspicion of driving while intoxicated, with good reason: Her speech was slurred, she smelled of alcohol, and she had been weaving all over the road. She was found to have a blood alcohol content over four times the legal limit. But when the case was brought before a judge, the charge of aggravated driving while intoxicated was promptly dismissed—after evidence was heard that the woman’s body produces alcohol on its own.

The condition, known as Auto Brewery Syndrome or Gut Fermentation Syndrome, is nowhere near as fun as it sounds. Those affected must closely monitor their diets, as breads and other carbohydrates are most likely to produce the undesired side effect—in which some patients skip the “drunk” part and go directly to “terribly hung over.” Amazingly, the woman had had a few earlier in the day (not nearly enough to result in her titanic blood alcohol level) and had somehow not known she was afflicted with her condition until her lawyer’s research brought its existence to light. 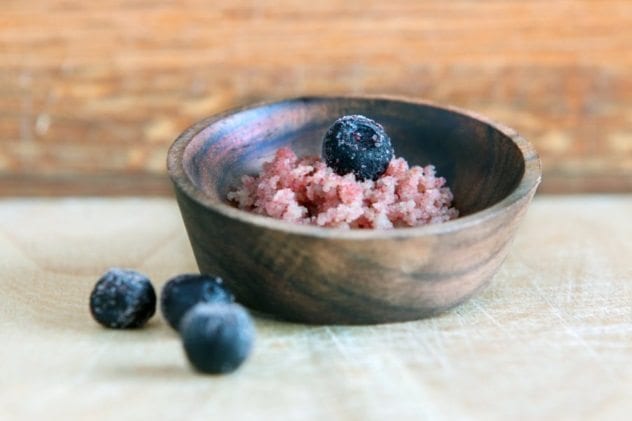 Finland’s VTT Technical Research Centre has prototyped a device which it believes could be the future of urban farming. Called the “CellPod,” it is an appliance resembling a lamp, small enough to fit on any kitchen shelf. All it needs are the undifferentiated cells of a plant in a microscopic amount, and within a week, it will have 3-D printed enough food for a healthy meal.

Since the cells contain the genetic code for the entire plant and only the most desirable parts are replicated, the resulting substance is even healthier than a naturally grown plant. Researchers admit that the currently bland taste needs work, but the implications for food production in impoverished or high-population areas are staggering. The device is even able to produce viable foodstuffs from the cells of some nonedible materials such as birch. 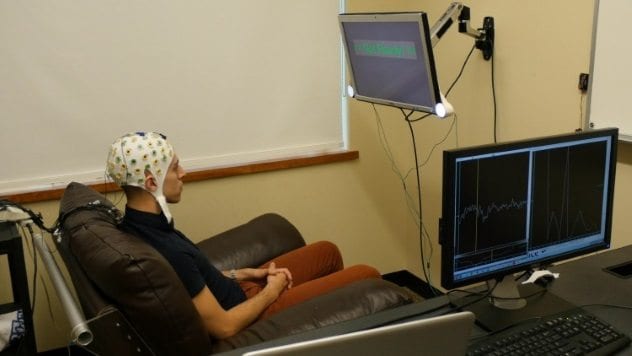 In 2014, US scientists announced a stunning proof of concept: Using noninvasive brain stimulation, specially designed robots, and the Internet, they enabled a test subject to send a simple mental message (e.g. “hello”) to another test subject, with no physical contact between the two. And just so there could be no question, one subject in India, and the other was in France.

The first subject, connected to an Internet-enabled electroencephalogram, would think of a word, which would be translated into binary code by a computer and e-mailed to a robot which would deliver the message to the receiver. The receiver would perceive the message as flashes of light corresponding to the specific message being sent.

While not yet pure mind reading, this is a significant breakthrough resulting from ten years of research and has opened many doors to areas of further study. The results were even duplicated in 2015 by a University of Washington team.

1 Evidence Of Life After Death 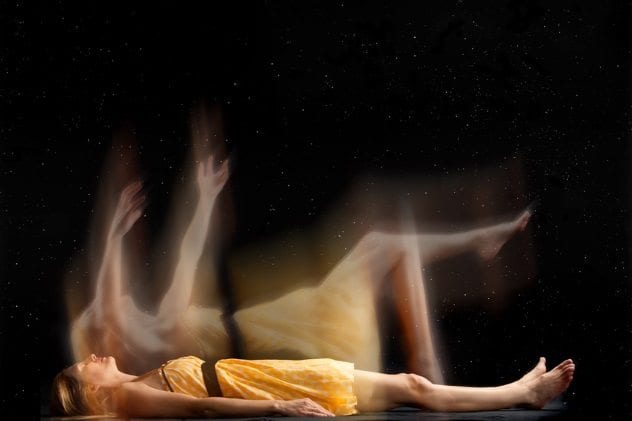 The phenomenon of near-death or out-of-body experiences has long been relegated to the realm of pseudoscience. But in the largest study of its kind, UK researchers have produced the first hint of evidence of consciousness in patients whose brains have stopped functioning—by gathering hundreds of testimonials from patients who were able to accurately recall their surroundings and events that took place while they were in a state of brain death.

In one of the most compelling cases, a 57-year-old man recalled leaving his body and watching efforts to resuscitate him, describing the specific events exactly as they happened. Critically, he remembered hearing two beeps from a machine that beeps at three-minute intervals, which lined up exactly with the amount of time during which he registered no brain activity.

Obviously, further research of the implications of this is required. But given that a total lack of brain activity is medically synonymous with death, this study constitutes the strongest evidence yet that consciousness continues, in some form or another, even after we die.