Shipwrecks, sacrificial slaughter, burial rites, accidents, and flooding create watery graves. Under the proper conditions, these remains can lay undisturbed for thousands of years. The remarkable state of some submerged specimens has allowed genetic testing and analysis never previously thought possible. Watery graves provide insight into the past and pose new mysteries for the present. There may be more secrets waiting to be discovered under placid waters than we ever imagined. 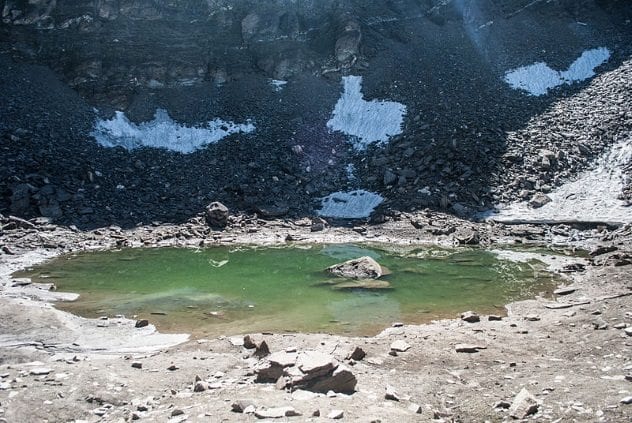 Roopkund Lake sits 5,000 meters (16,000 ft) above sea level in the Himalayas in India. For one month during the summer, the frozen lake’s surface melts away, revealing hundreds of human skeletons. First reported in the 19th century, the watery grave was found again by a game reserve ranger in 1942. There are so many human remains in this body of water that it has been dubbed “Skeleton Lake.”

In 1942, the remains were initially believed to be Japanese soldiers, but it soon became clear that the bones were much older. Radiocarbon testing dated the remains back to AD 850. Some have suggested that they died in an avalanche. Others proposed ritual suicide or a brutal enemy attack. A 2013 examination of the remains determined it was likely that they had died in a hailstorm. Each individual suffered blows to the upper body—but nothing below the shoulders, ruling out an avalanche or warfare.

9 Tomb Of The Sunken Skulls 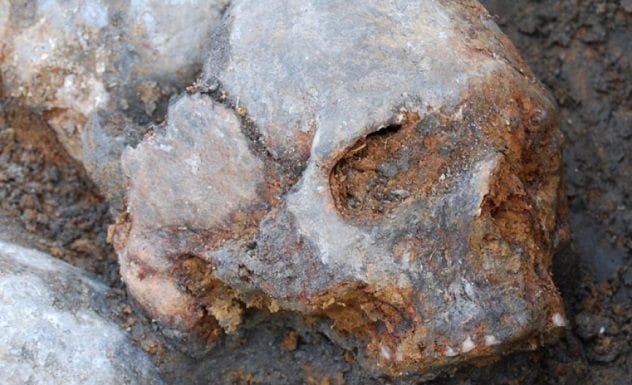 In 2009, archaeologists excavating a prehistoric lake bed in Sweden unearthed the Tomb of the Sunken Skulls. Located on the eastern shore of Lake Vattern, the tomb contains a collection of 8,000-year-old skulls mounted on stakes. Researchers discovered skulls and cranial fragments from 11 individuals, including men, women, and children. Two were impaled on spikes, and others showed evidence that they once were. The grave was built on the bottom of a shallow lake. Archaeologists also discovered scattered human bones, animal remains, and tools of antler, stone, and bone.

Various theories have emerged about the mysterious tomb. Some suggest the mounted heads were trophies of enemies killed in battle. Others believe the lake was a secondary burial site. The remains would have been allowed to decompose before they were dug up and deposited in the lake. The skulls would have been used in ritual display, a process reflected in other ancient Swedish sites. 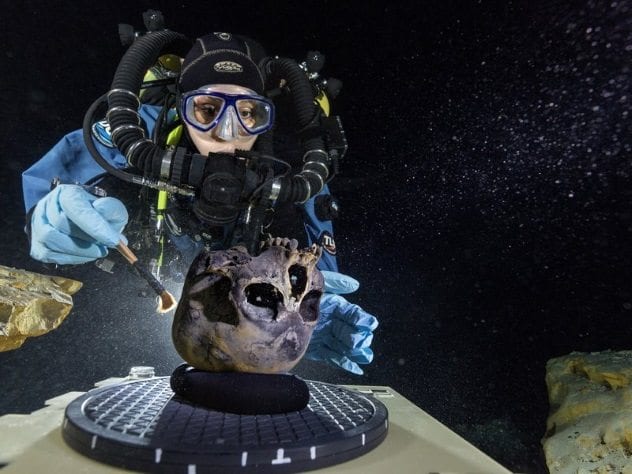 Divers discovered the oldest complete Native American remains in an underwater cave in Mexico known as Hoyo Negro, or “Black Hole.” The 12,000-year-old remains belong to a young woman whom scientists have dubbed “Naia.” She fell 30 meters (100 ft) to her death in search of water in the ancient cave, which would have been mostly dry at the time. Water levels rose between 10,000 and 4,000 years ago, flooding the Black Hole and helping to preserve her remains.

Anthropologists have long noted that early inhabitants of the Americas resembled Africans, native Australians, and indigenous people of the South Pacific more than modern Native Americans. With a narrow face, wide-set eyes, prominent forehead, flat nose, and protruding teeth, Naia is an example of this ancient morphology. Nevertheless, a genetic test revealed that Naia has maternal DNA matching modern Native Americans. This is the first genetic testing done on ancient-looking Americans. 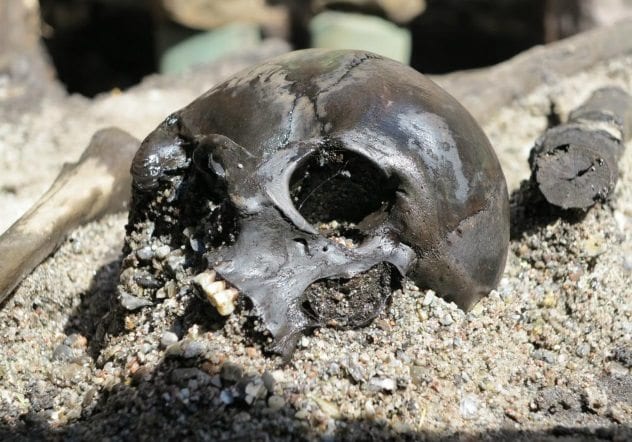 Archaeologists excavating Denmark’s Alken Enge wetlands found a mass grave of over 1,000 warriors killed in battle 2,000 years ago. They were between the ages of 13 and 45, and their bones show axe and sword impacts. They may have been killed far from the burial site; bite marks on the bones suggest that they were left exposed for a long period. It’s likely that they were left to rot on the battlefield.

So far, only 90 square meters (970 ft2) of the 3,600-square-meter (39,000 ft2) site has been excavated. Archaeologists have already unearthed the remains of 240 men. During the 19th and 20th centuries, peat cutters would routinely find bones in the surrounding area. Most theorize that the remains represent a defeated army that was sacrificed to an unknown god. The bones were deposited in what was once part of Lake Mosso. The slain warriors’ origins remain unknown. 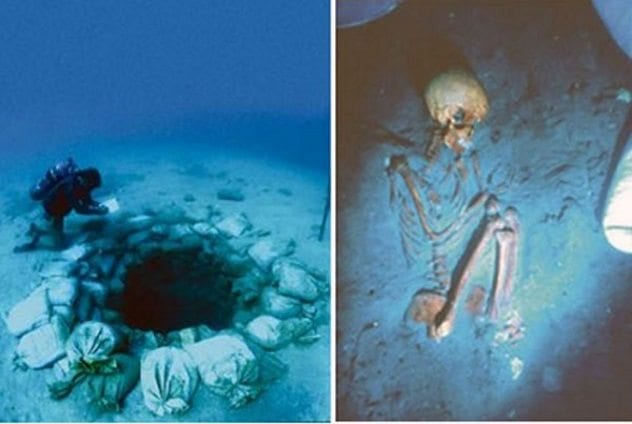 In 2008, marine archaeologists exploring the sunken ruins of Neolithic Atlit Yam discovered the remains of the earliest known victims of tuberculosis. The skeletons belonged to a woman and her infant. The baby’s bone deformity suggests the mother passed the disease on shortly after birth. A DNA analysis conclusively determined the presence of Mycobacterium tuberculosis.

Located 8 to 12 meters (26–39 ft) below the Mediterranean off the coast of Haifa, Israel, Atlit Yam remains a mystery. Dating to the seventh millennium BC, the settlement contains walls, paved areas, and a semicircular structure of seven monoliths arranged around what was once a freshwater spring. No one is sure what caused the settlement to sink into the sea. A volcanic collapse of Mt. Etna 8,500 years ago could have triggered a 40-meter (130 ft) tsunami capable of devouring coastal cities in hours. However, the megaliths are still standing, which suggests slower-rising sea levels. 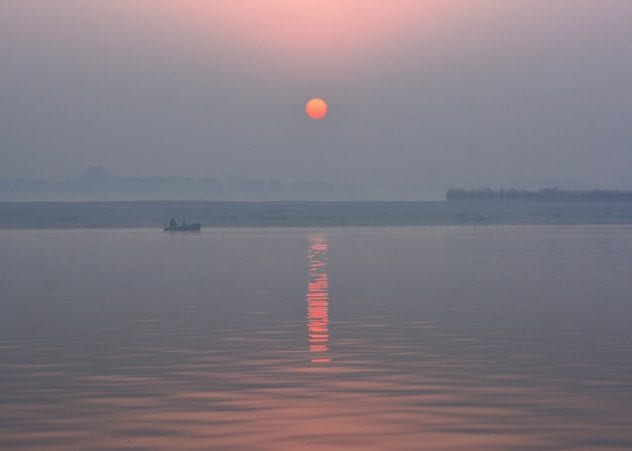 In 2015, Indian authorities announced that 80 bodies had surfaced in Ganges River in less than a week. Villagers in Pariyar, Uttar Pradesh, discovered the bodies after noticing unusual dog and vulture activity in the area. Investigation determined that there was no foul play. These bodies, many of which were children, were consigned to the Ganges in traditional water burials and resurfaced when waters levels receded. The bodies were badly decomposed, suggesting that they had been in the water for an extended period. Sanitation workers refused to handle the grisly remains.

Water burials are illegal in India, but Hindu tradition often wins out. Unwed girls cannot be cremated; a water burial guarantees that the maiden will be reborn into the same family. The Ganges is also an attractive burial site for poor families who cannot afford cremation. It is India’s holiest river but also one of its most polluted—and water burials do not help. 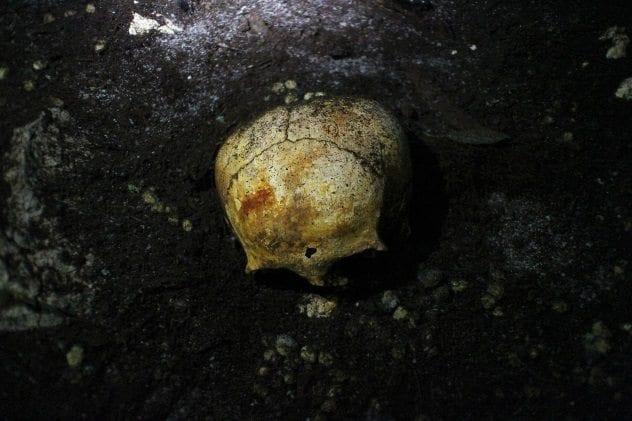 Sac Uayum sinkhole in Mexico’s Yucatan Peninsula has long been considered haunted, and villagers refuse to go near. Legend states that a demon guards it and snatches children who get too close. It turns out that locals might have good reason to fear Sac Uayum: It is filled with human skeletons. Reaching a depth of 35 meters (115 ft), the sinkhole contains fascinating remains like a woman with an artificially elongated cranium, countless other skulls, cattle bones, and floors strewn with layers of bones from various periods.

Mayans were traditionally buried near—or even under—their houses. Sac Uayum’s bones do not exhibit any evidence of violent death, which suggests that they were not sacrificial victims. Some postulate that Sac Uayum’s bodies might be plague victims. Depositing the diseased here would keep them away from the populace and drinking water. This taboo might have lingered in the collective psyche, resulting in the avoidance of the sinkhole. 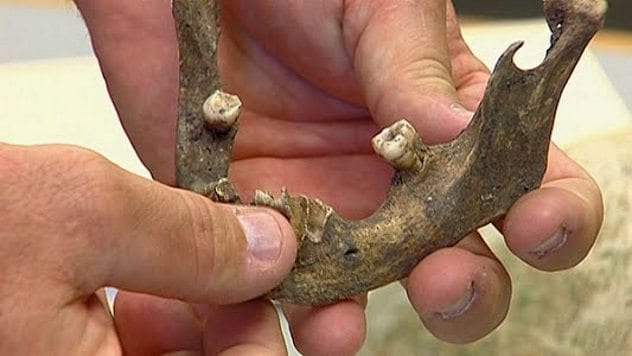 In 2011, a record drought in Texas revealed 25 mysterious graves beneath Richland Chambers Reservoir. The burials were originally submerged in 1980, when Tarrant County Water Improvement District No. 1 flooded the area to create the man-made lake. This small cemetery had no gravestones and went unnoticed. Many believe the remains belong to former slaves who worked as sharecroppers. In 2009, boaters discovered a cranium and jawbone. Experts believed the bones were 100 to 120 years old and most likely belonged to an African American.

The more recently discovered graves belonged to children. An examination of the square-cut nails used in the coffins indicates they are from before 1890. The children were found in small wooden caskets. So far, only loose adult bones have been discovered, without caskets. No one is certain why the children were buried separately. 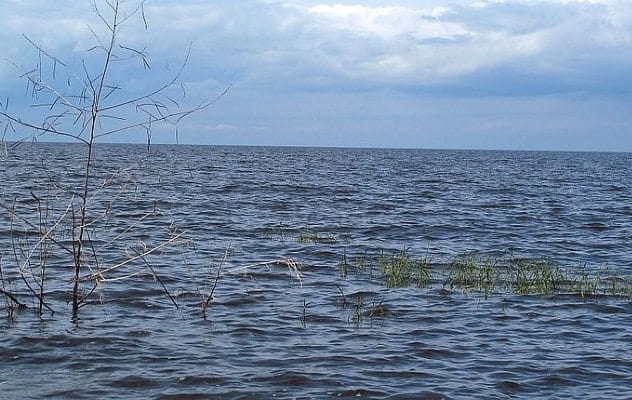 Florida’s Lake Okeechobee is filled with myths, legends, and skeletons. Settlers in the early 1900s routinely discovered human bones around the lake. Fisherman were used to hauling in human skulls with their nets. One early account indicated that there were so many skulls that at low water, the lake resembled a pumpkin patch. During an excavation at Grassy Island, a surveyor discovered 50 human skeletons. A massive drought hit in 1918, exposing hundreds of human remains along Ritta and Kreamer Islands.

Many speculate that the bones belong to hurricane victims. In 1928, a massive storm hit, killing as many as 2,000 people. However, this does not explain the earlier skeletal discoveries. Others have suggested warfare. However, the Battle of Okeechobee during the Second Seminole War left only 30 dead. Some historians believe the bones may be as old as 1,000 years. How they met their fate remains a mystery. 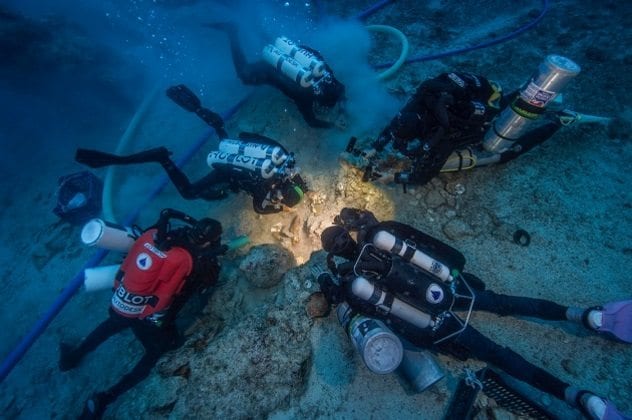 In 1900, sponge divers discovered a 2,000-year-old shipwreck off the coast of the Greek Island of Antikythera. However, they missed something. In 2016, marine explorers discovered human remains in the wreck. Several feet of pottery shards and sand concealed the skeleton. The subsurface conditions allowed for excellent preservation, allowing geneticists to extract DNA from the remains. Most ancient genetic samples come from Northern Europe, so the forthcoming results may prove groundbreaking.

Shipwreck victims are typically eaten by fish or swept away. Preservation only occurs if they are rapidly buried in sediment. The only other ancient shipwreck remains ever discovered were a skull found inside a Roman soldier’s helmet and a skeleton from inside a sunken sarcophagus, which disappeared before it could be examined. The Antikythera wreck has been heavily explored; imagine what ancient human remains lay hidden in less-explored wrecks.