The Bible does not provide us with the names of many characters mentioned in it. We know something about their backgrounds and circumstances, but their actual names are not disclosed. Some of these “unknown” people played important roles in biblical stories, and many Jewish and Christian writers have felt the need to give them names.

Their names are disclosed outside the Bible. The historical credibility of this information is dubious at best. These books have more to do with the imaginations of their authors than actual historical accuracy. 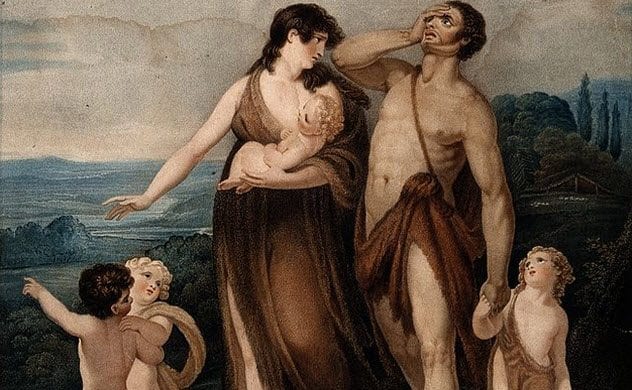 If we read Genesis 4.17 with an inquisitive mind, we will inevitably notice that the identity of Cain’s wife is a puzzle. Until then, there were only four people in the world: Adam, Eve, Abel (recently murdered by his brother), and Cain. So who is Cain’s wife, and where does she come from? The Hebrew Bible remains silent on this. 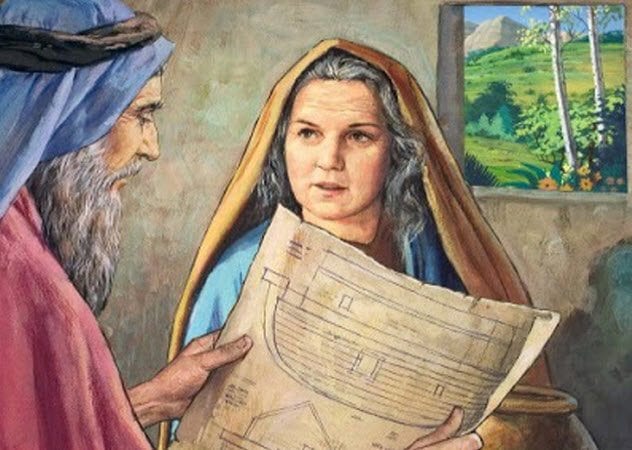 Photo credit: Women In The Scriptures 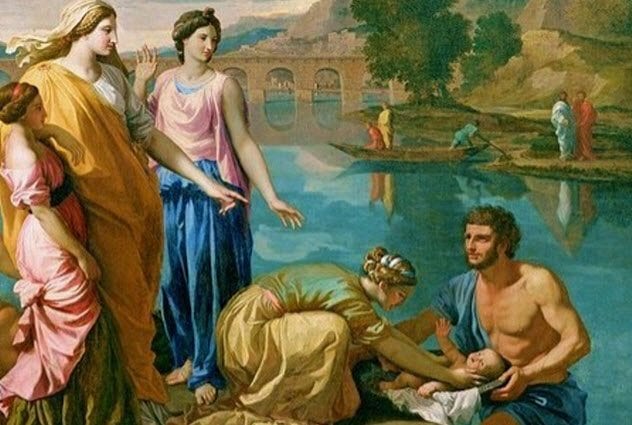 Exodus 2.10 tells us that when Moses was floating helplessly in a basket on the Nile, he was rescued by the pharaoh’s daughter while she was bathing. This woman is not named in the Bible despite the fact that she turns out to be an important character: She becomes Moses’s adoptive mother.

Although her name is mentioned in several texts outside the Bible, these different sources are consistent with each other. Some Jewish extra-biblical accounts identify this woman as Bithiah. In Chapter 27 of a fourth-century book named Praeparatio Evangelica written by Eusebius, she is named Merris. 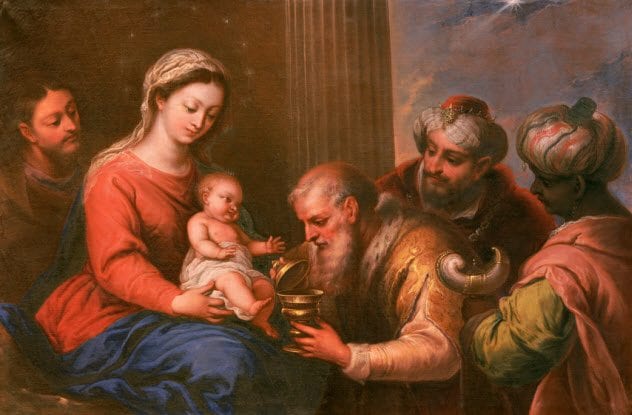 Neither the names nor the number of wise men who visited Jesus is disclosed in the gospel of Matthew (2.1–12). Western tradition says there were three wise men based on the number of gifts that they brought to Jesus: gold, frankincense, and myrrh.

The names of the three wise men are mentioned in a work called Excerpta Latina Barbari dated to c. 6th–8th century AD. In the original version, their names are Bithisarea, Melichior, and Gathaspa.

Later tradition changed their names to Balthasar, Melchior, and Gaspar. Christian Western tradition goes even further by assigning each of the wise men a cultural background: Balthasar from Arabia, Melchior from Persia, and Gaspar from India.

6 Children In The Gospels 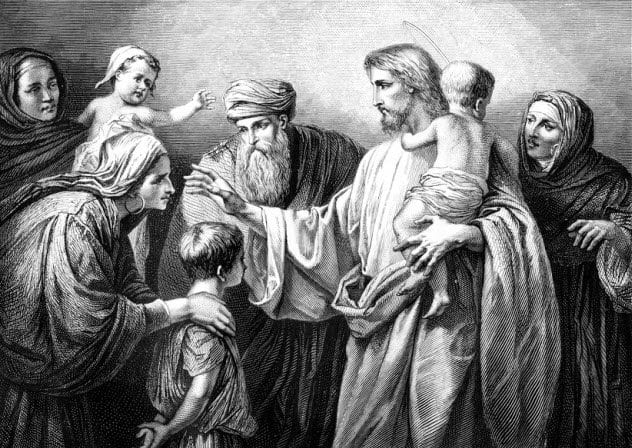 There are a number of nameless children mentioned in the gospels. Matthew (18.2) reads: “And Jesus called a little child unto him, and set him in the midst of them.” The Book of the Bee identifies this child as Ignatius, who later became the bishop of Antioch (Chapter 48).

In Mark 10.13–14, we read that some children were brought to Jesus so “that he [Jesus] should touch them: and his disciples rebuked those that brought them.” The Book of the Bee identifies these children as Timothy and Titus and adds that both children became bishops when they grew up (Metzger and Coogan 1993: 547).

5 The Woman Who Seeks Jesus’s Help 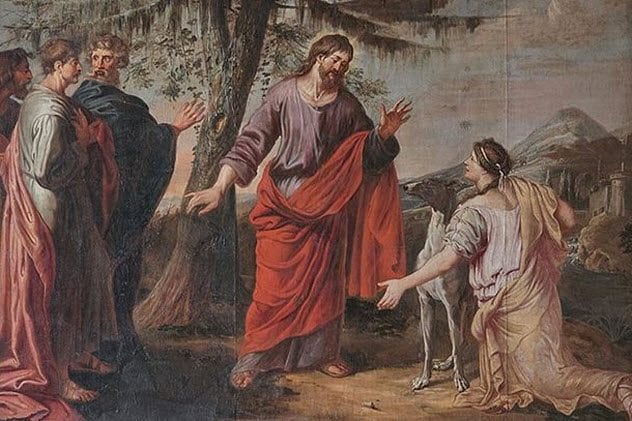 In Matthew 15.22–28, we read the story of a woman from Canaan who asks Jesus to save her daughter who was possessed by a demon. This same story is presented in Mark 7.25–30. But this time, the woman is presented as Syrophenician.

Neither version of the story discloses the women’s names. A third-century text known as the Pseudo-Clementine Homilies says that the woman who asked for Jesus’s help was named Justa and her daughter’s name was Berenice. In the end, Jesus casts the demons out and Berenice is found recovered in her own bed (Metzger and Coogan 1993: 547).

4 The Mother Of The Dead Man 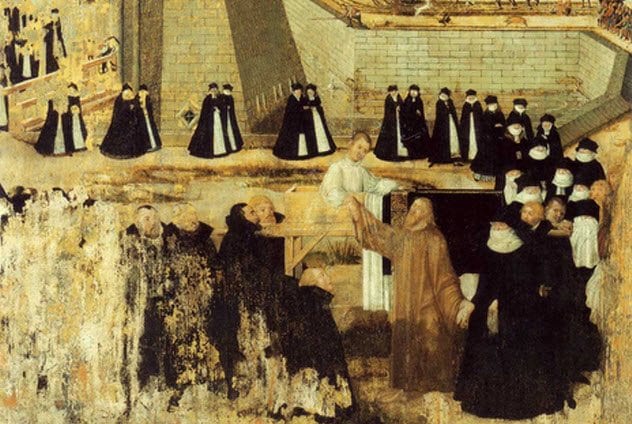 Luke 7.11–15 recounts an episode in the city of Nain where Jesus brings back to life a dead man who is being carried on his bier. The widowed mother of the dead man is among the crowd, and her name is not disclosed in the gospel.

Her identity is provided by an ancient book known as the Coptic text on Christ’s resurrection, where we read that the widow was named Lia or Leah. Interestingly, the authorship of this text is ascribed to Bartholomew, one of Jesus’s apostles (Metzger and Coogan 1993: 547).

3 The Robbers Crucified Next To Jesus 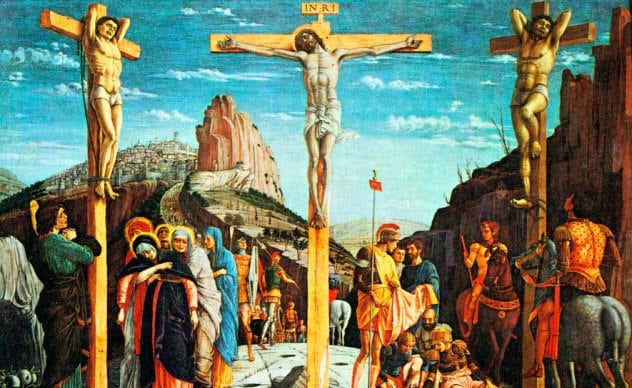 During the crucifixion, the gospel of Matthew (15.27) reports that two thieves were crucified on either side of Jesus. In Luke (23.39–43), we can even read a short conversation between Jesus and the thieves. One thief, usually known as the bad thief, demands of Jesus, “If thou be Christ, save thyself and us.” The other thief, the good one, asks Jesus to “remember me when thou comest into thy kingdom.”

The names of these characters are not provided in the Bible. Several extra-biblical sources offer us different versions of their names (Metzger and Coogan 1993: 548). An apocryphal text known as the Acts of Pilate (aka the Gospel of Nicodemus) refers to them as Gestas and Dysmas (10.2).

An Old Latin Gospel says that their names were Zoatham and Camma. The apocryphal Arabic Gospel of the Infancy adds additional information on the lives of these thieves.

While Joseph, Mary, and Jesus (still an infant) are crossing a desert during the night, they meet the two thieves. The bad thief does not want to let the family go. The good thief offers the bad one 40 drachmas and his belt to let Jesus and his parents move on. At this point, Jesus anticipates their fates and confirms their names (Arabic Gospel of the Infancy, 23):

Thirty years hence, O my mother, the Jews will crucify me at Jerusalem, and these two robbers will be raised upon the cross along with me, Titus [the good thief] on my right hand and Dumachus [the bad thief] on my left; and after that day Titus shall go before me into Paradise.

2 The Soldier Who Pierced Jesus’s Side 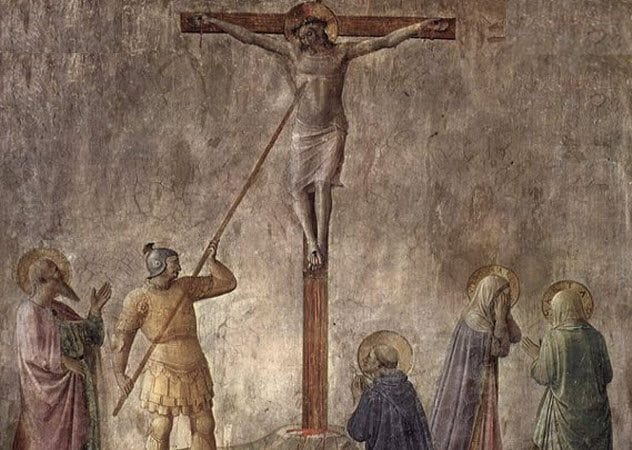 In John 19, when the Roman soldiers attempted to break the legs of Jesus while He was hanging on the cross, they noticed that He was already dead. One of the soldiers pierced Jesus’s side (John 19.34).

The name of this Roman soldier is not mentioned in the Bible. The apocryphal Acts of Pilate tells us that the name of this soldier was Longinus (16.7). The spear is known as the Holy Lance.

Interestingly, Christian tradition claims that the Holy Lance was discovered during the First Crusade in Syria in June 1098. The story of this relic is confusing, and today, there are many relics that are said to be the Holy Lance. One of these is preserved in Rome at Saint Peter’s Basilica.

1 The Soldiers Who Guarded Jesus’s Tomb 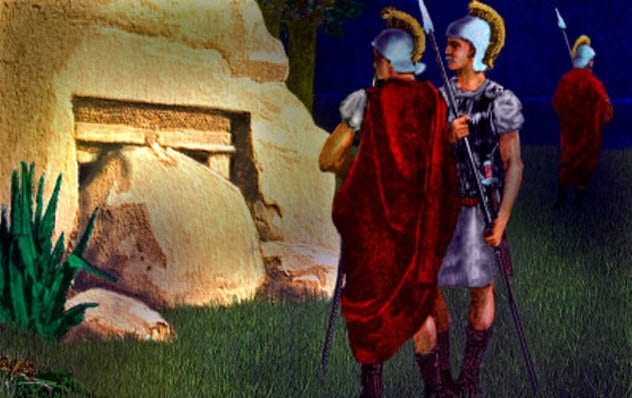 In Matthew 27.65, Pilate agrees to assign a group of guards to watch over the tomb of Jesus to ensure that his body is not stolen. The names of the guards are not disclosed by Matthew.

The apocryphal Gospel of Peter (31), dated to the second century BC, does not provide the names of all the soldiers involved in this task, but it tells us that the guards were supervised by a Roman centurion named Petronius.

The Book of the Bee presents two versions on how many guards were watching over Jesus’s tomb. In chapter 44, there were five guards in total, who were named Issachar, Gad, Matthias, Barnabas, and Simon.

In the next verse, however, the Book of the Bee presents another version about the guards: “But others say they were fifteen, three centurions and their Roman and Jewish soldiers.”