A towering figure in American history, General George Washington will forever be remembered for the bravery, principles, and integrity that led him to become the first President of the United States. The following facts focus on Washington’s excruciating demise that he endured in his final hours and the events that transpired following his passing. 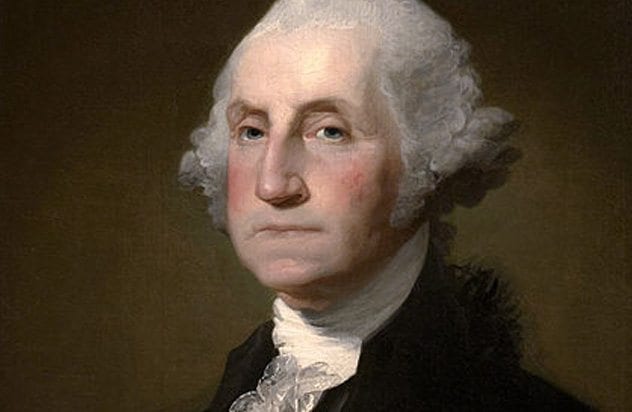 Since 1799, speculation has arisen as to whether or not Washington fell victim to medical malpractice. In an article written in The New England Journal of Medicine, Dr. David Morens states that accusations of malpractice “were very much in the air during and immediately after the great man died.” Morens goes on to state, however, that he would not consider it malpractice in context of today’s usage. What remains troubling is that of the three doctors providing Washington’s care, no two agreed about the means of treatment.

Morens hints that the doctors were perhaps protecting their reputation to avoid potential charges. Washington’s diagnosis was also subject of debate and to date. It remains unclear as to what he truly succumbed to, be it an acute infection, malpractice, or a combination of both. 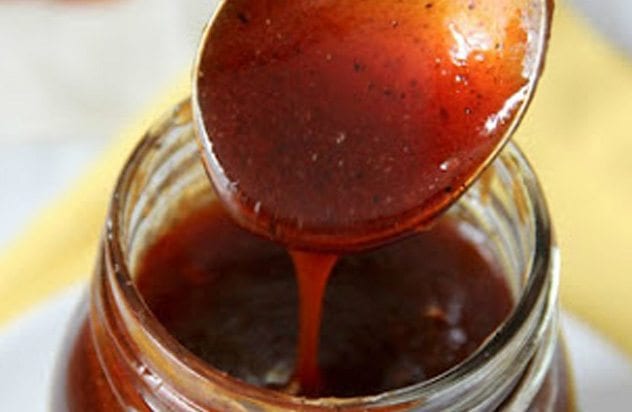 It’s hard to imagine the pain Washington endured as the hours passed and his infected throat became more red and inflamed. To lessen the swelling in the early morning hours, Washington’s personal secretary, Col. Thomas Lear, provided the president a tonic of molasses, butter, and vinegar.

Washington had labored breathing and could barely speak, let alone drink a vile concoction that he could not swallow. His attempts to do so were met with choking, distress, and convulsions. If that alone didn’t notify the reaper, Washington was advised to gargle with vinegar and sage tea, followed by bouts of suffocation and expectorating phlegm. His difficulty grasping his breath substantially worsened as the hours passed and did so until 10 minutes prior to his passing, when his breathing became less strenuous, slowly letting go. 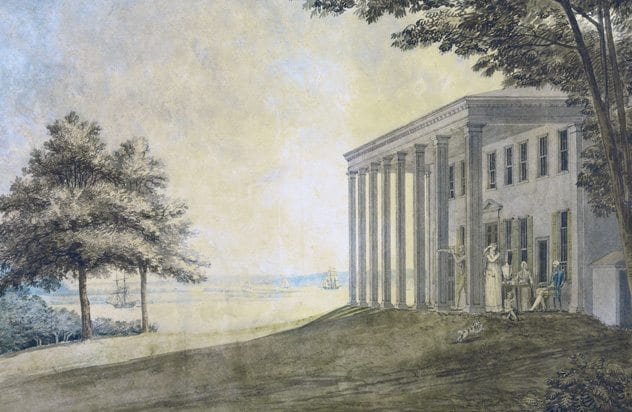 Following Washington’s retirement, he spent much of his time working outside on the lands of his estate at Mount Vernon. Even through the intolerable winter conditions of snow, rain, hail, and high winds, Washington pushed through for five long hours, seeing to it that his work was completed for the day.

Priding himself on his punctuality, he remained in his damp clothes throughout dinner. The following day, Washington subjected his immunity to the harsh outdoors yet again even though he had developed a painful sore throat throughout the night. This would be the last day Washington would roam his estate, retiring for the evening with worsening symptoms that would awake him in agony around 3:00 AM. Had it not been for his fixated and stubborn ways, Washington would have lived to see spring. Instead, three physicians were summoned, undoubtedly sealing his fate. 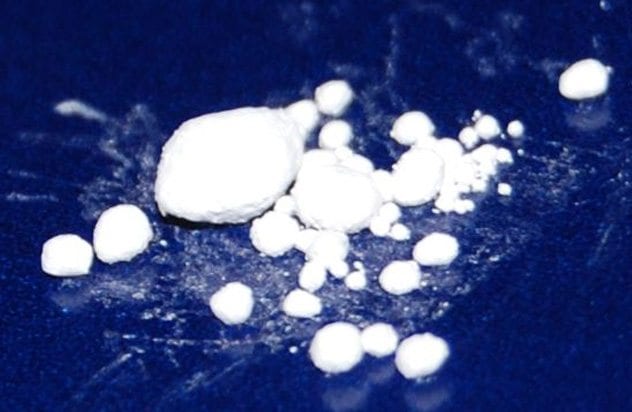 From endocrine disorders to STDs, historians have long speculated the possible causes of Washington’s infertility. One theory was his extensive exposure to mercurous chloride, which he received in his twenties for treatment of abdominal pain and chronic bloody diarrhea.

Even on his deathbed, Washington’s physicians were prescribing him the toxic substance in combination with potassium tartrate, which causes intense nausea and vomiting. In layman’s terms, America’s founding father was inadvertently being poisoned by perilous medical remedies.

When these failed to produce beneficial results, Dr. Dick suggested a tracheotomy. A debate ensued between him and Dr. Craik, who ultimately vetoed the suggestion. Dr. Dick had only recently been trained in the procedure, leaving the outcome awfully uncertain. 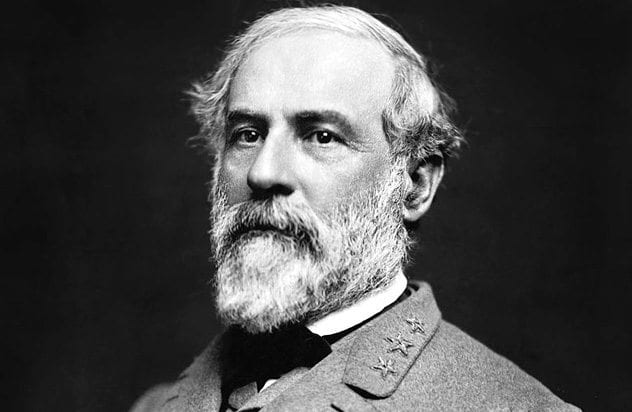 News traveled much slower in the late 18th century, and in December 1799, it took four full days for word of Washington’s passing to reach Congress in Philadelphia. In fact, Congress was in session when notified, while Washington’s funeral was taking place hundreds of miles away at Mount Vernon.

As Washington was lowered into the ground, so was the harsh criticism he had faced in life. He had been viewed by many as a sell-out to the British, but this was overshadowed by the loss of the country’s founding father and dignified hero. Interestingly enough, the Union Washington so courageously fought to establish would be threatened nearly 69 later by Robert E. Lee, the son of the man who had spoken the infamous words, “First in War, First in Peace, First in the Hearts of His Countrymen.” 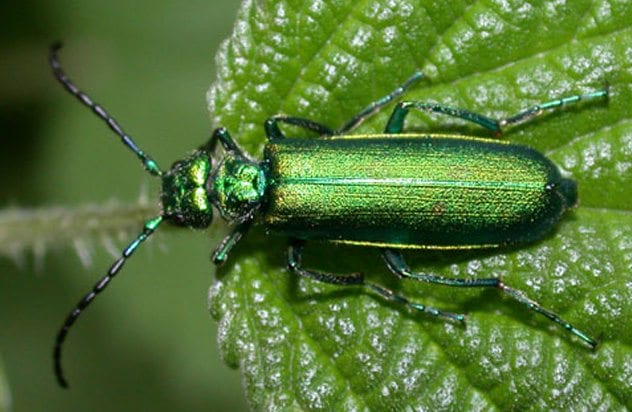 As Washington’s condition worsened, his discomfort reached new heights upon the tortuous application of Spanish Fly. This powdered concoction was applied to the very source causing Washington’s agony, his throat.

Spanish Fly (cantharides) is a poisonous extract from the dried bodies of the beetle Cantharis vesicatoria. It causes blistering and has been used criminally as an aphrodisiac, often with dire consequences. In fact, it has been known to poison African cattle via contaminated drinking water, causing excitement, diarrhea, and inflammation of the kidneys.

It was assumed that the “treatment” would draw out the toxins plaguing Washington’s haggard body, not knowing the blistering pain was further exhausting his immunity. This senseless and excruciating false remedy continued throughout the day. 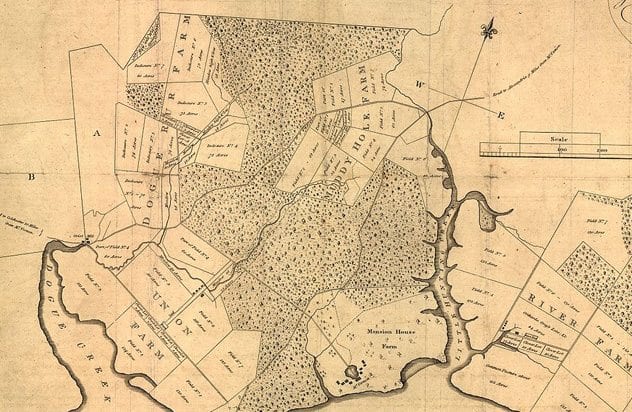 Washington instructed in his will that his remains be buried in a new family mausoleum, unaware of the obstacles his request would face throughout the following century.

Despite his wishes, the House and Senate appealed to the Washington family to transfer his remains from Mount Vernon to the Capitol to be entombed under a marble monument. Martha Washington chose not to oppose the wishes of the public. However, disagreements arose over the type of monument, and funding stalled the project for years. Approaching Washington’s centennial in 1832, John A. Washington, owner of Mount Vernon, rejected any further plans to transfer the patriarch’s remains, effectively settling the issue that had spanned 33 years. 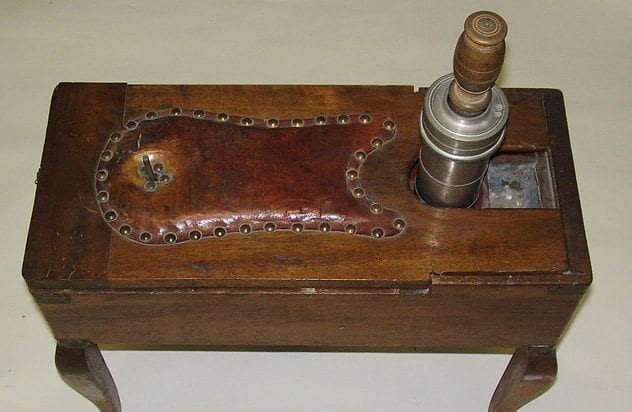 In the late hours of Washington’s suffering, he was subjected to throat swabs of salve followed by an enema. This not only further incapacitated him but reduced him to a debilitated and vulnerable soul. The complications lead to a serious loss of body water, not including the noxious mineral imbalance in his blood. These, in turn, often lead to grave illnesses of the kidneys and heart. In addition, abdominal pain and cramping with persistent dizziness and nausea is often noted for those who have abused enemas.

In Washington’s case, where his perceived treatments were deemed beneficial, his soul was inadvertently being siphoned under a degrading set of circumstances. 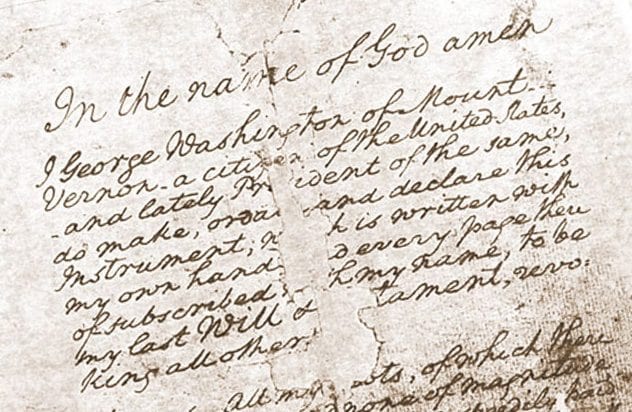 For a momentary respite from the agonizing details of Washington’s final hours, let us focus on one positive aspect of December 14, 1799: the last will of America’s founding father. It was written five months prior, on July 9, and Washington instructed Martha to retrieve his will hours just before his passing.

She handed her husband the two revisions, and in his frail and gravely ill state, he asked Martha to burn one and safeguard the other. Of the notable provisions made, Washington laid out instructions for freeing his slaves as well as the support for those who were too old, ill, or young to support themselves. In addition, Washington provided stocks to finance a school for orphaned children. His concern for the future of the United States and the well-being of those who had served him, all the while clinging to life, is a testament to the nobility of his character. 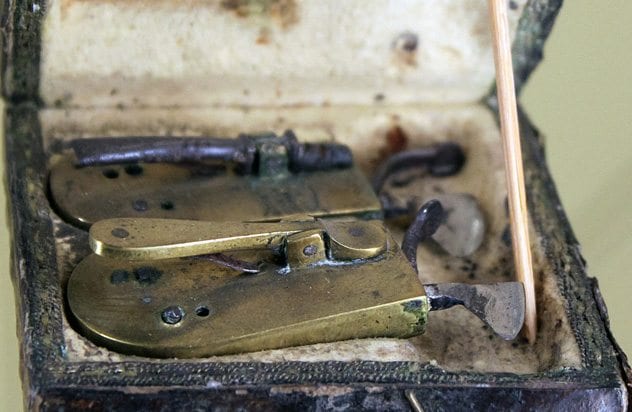 Washington’s physicians postulated that his airway obstruction was due to inflammation of the tongue, upper trachea, and larynx. In accordance with medical professor William Cullen’s recommended treatment, Washington was bled over a period of 9–10 hours with a quantity of blood estimated around 3.75 liters.

Six weeks after his passing, Dr. James Brickell expressed disgust in an article that was not made public until 1903 pertaining to the clinical wisdom of Washington’s physicians and the therapeutic modalities administered. Dr. Brickell argues that given Washington’s age and fragile state, the bleeding led to speedy and inevitable death.

In his final moments, Washington appeared calm and had stopped struggling, leading some to believe he had suffered profound hypotension that lead to shock and ultimately his death.