The vast majority of historical cultures have been lost time. Some pieces of history that almost slipped through the cracks have allowed us to learn more about what we do and don’t know. Accidental finds by both archaeologists and regular people show that important finds can be made at any place and time. 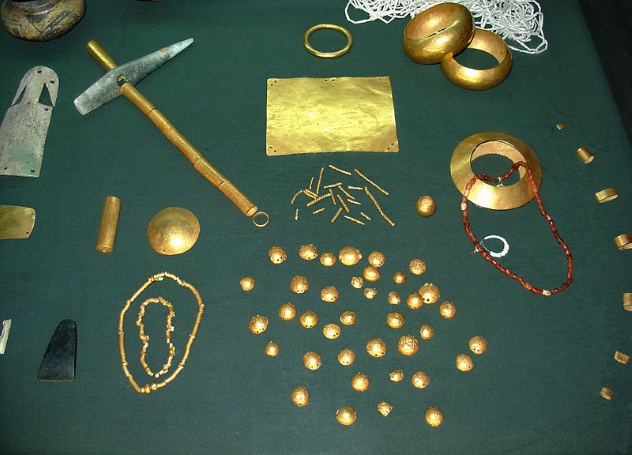 From 1972 to 1991, excavations at a lakeside cemetery in Bulgaria produced around 6 kilograms (13 lb) of gold artifacts. These artifacts constitute one of the most profound archaeological finds in Europe because they are over 6,500 years old—only a few centuries after the first farmers showed up in Europe. They’re also the first evidence of a social hierarchy, since they were only found in a handful of the graves at Varna; four graves held 75 percent of the gold found.

All of the graves containing gold artifacts were occupied by men, a finding that disproved the theory that prehistoric European civilizations were run by women, which was popularized by influential archaeologist Marija Gimbutas. Over the course of 15 years, 312 graves were excavated, dating from 4600 to 4200 BC—the Copper Age, when humans were first beginning to experiment with metalworking. The variety of artifacts range from jewelry to breastplates to a golden penis sheath. 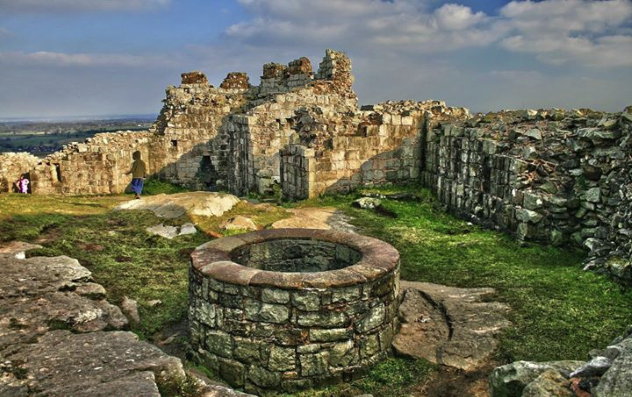 In 2012, extensive study above the densely forested plateau known as Phnom Kulen revealed a millennia-old vanished civilization. It contained a pyramid-like structure, temples, and even an intricate, man-made water infrastructure. The remains of the city are located 40 kilometers (25 mi) north of the Angkor Wat complex and were first uncovered in the 19th century by French archaeologists. According to inscriptions on ruined walls, the city was called Mahendraparvata, and it was built by the ninth-century warrior-King Jayavarman II.

There was further exploration in 1936, but the site was again forgotten during the turmoil of the Vietnam War. When it was rediscovered decades later, it became clear that it was the template for the more famous Angkor Wat, built centuries later. While Mahendraparvata may have been forgotten, its legacy continues to live on. 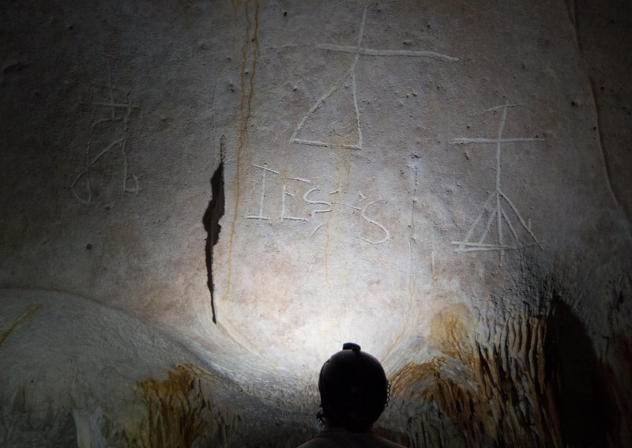 Mona Island, located in the Caribbean Sea, was occupied by the Taino people in the 16th century. When the island’s cave system was explored recently, it was found that the Spanish conquistadors of the time and the Taino had a sort of cultural exchange, long forgotten to historical record. The cave graffiti includes depictions of Christian symbols, around 30 religious phrases, and the Taino’s own religious iconography.

These findings show that Spanish may have been less ruthless in their efforts than previously thought. Explorers required native help to explore the complex caves, and the iconography shows that they were most likely genial and tried to peacefully expose the Taino to Christianity and European culture, while the indigenous people engaged the explorers with their own culture and beliefs. 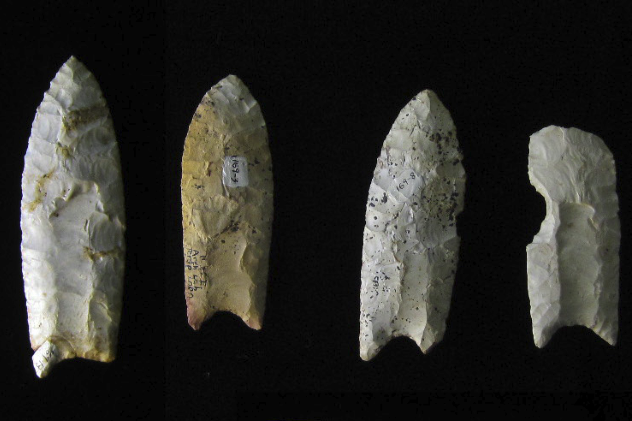 The Clovis points were first unearthed in 1932 in Clovis, New Mexico. Initially, their finder, archaeologist Edgar B. Howard, wasn’t looking for artifacts; he was looking for mammoth fossils. Mixed in with the bones, he noticed fine, hand-crafted blades, which were dubbed the Clovis points. Howard researched them further and stumbled upon an ancient American culture. The earliest Clovis points date back 13,500 years and have been found in 1,500 places throughout North America and have appeared as far south as Venezuela.

The Clovis people were some of the earliest inhabitants of the Americas, and the fact that no Clovis points have been found in Siberia (from which humans first migrated to the Americas) shows that they may have been the first American invention. They quickly swept across the continent, showing just how widespread the Clovis culture may have been at the time. The points were not for hunting like one would expect (only 14 Clovis sites were hunting areas) but rather as a general tool. While there were pre-Clovis tribes in the Americas, the Clovis culture remains the oldest known American civilization. 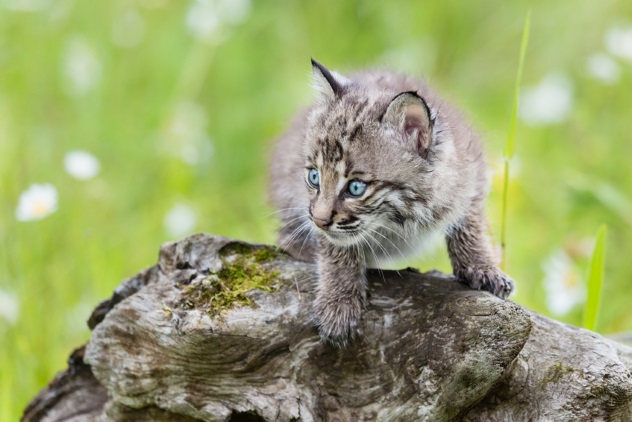 Feline domestication first occurred in ancient Egypt, but a mislabeled finding shows that it may have also occurred in North America in the past. In the 1980s, a 2,000-year-old Hopewell burial mound in western Illinois was uncovered during construction of a highway. Among the human remains, animal bones were found and believed to be dog remains, since the Hopewell were known to bury them.

For several years, the bones were labeled as canine until a researcher found that they more closely matched a bobcat’s. Not only were the bones found in special mound, but the bobcat had been treated with reverence, something not seen before in North America. It was buried with pendants and shell beads as a sort of collar, showing that it was cherished. There was no evidence that it was sacrificed and no sign of trauma. The bobcat was young, meaning that the tribe may have tried to tame it as a kitten.

5 The 18th-century Ship At The World Trade Center 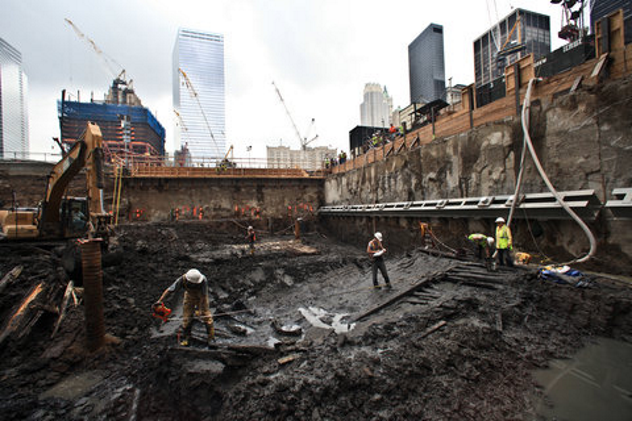 After the Twin Towers fell in 2001, excavations at the site came up with a surprising discovery in 2010—the remains of a centuries-old ship. The wooden-hull vessel sat 6 to 9 meters (20–30 ft) below street level, and it became the first-large scale historical discovery in Manhattan in several decades. Apparently, when the World Trade Towers were being built, the ship wasn’t disturbed and most likely hadn’t been so for over 200 years.

The ship was most likely built in the mid- to late 1700s, but little else is known about it. However, there is proof that it was truncated and may have served as landfill material as a way to extend Lower Manhattan into the Hudson River. As soon as it was uncovered, the ship began to disintegrate because it had long been concealed and protected in dirt beneath a succession of buildings. 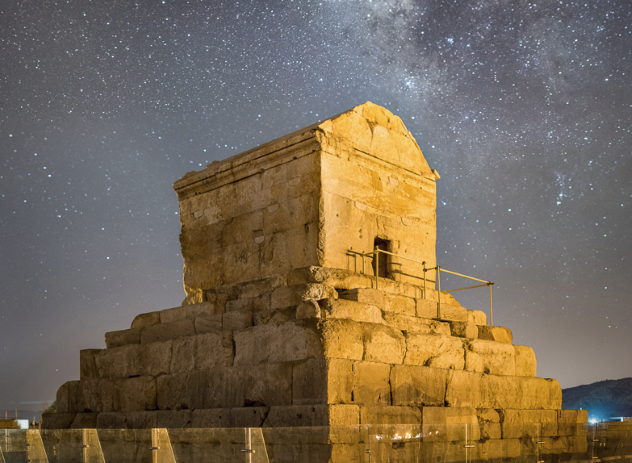 Pasargadae, located in Northern Iran, was the capital of the Achaemenid Empire built by Cyrus the Great. Pasargadae was, at one time, the most important city in the world. The Achaemenid Empire served as the inspiration for Alexander the Great’s empire 200 years later and the Roman Empire after that. Nevertheless, the city fell by the wayside and was eventually forgotten. The Tomb of Cyrus still stood, but its true occupant was forgotten. Over time, locals began to refer to the tomb as belonging to the mother of King Solomon.

The city wasn’t uncovered again until German archaeologist Ernst Herzfeld arrived in 1928. Many of the details of the capital had been forgotten, including its very location, but Herzfeld’s meticulous efforts eventually resulted in its rediscovery. He mapped and documented the ruins, its complex irrigation system, its palaces, and the Tomb of Cyrus, allowing for the city to be investigated by researchers today.

3 The Castle Under The Prison 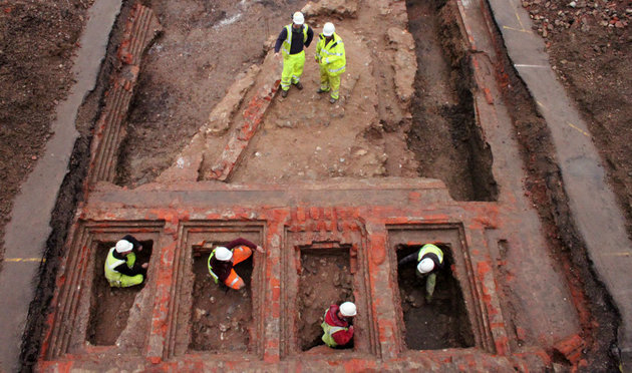 In 2015, a men’s prison in Gloucester, England, began working on a proposed redevelopment. Beneath its yard, workers made a shocking discovery—the ruins of a 1,000-year-old castle. Two castles have been built in Gloucester over the centuries. The first was demolished and replaced in 1110, and the second stood until 1789, when it, too, was demolished. The castle found at the prison was probably the latter.

According to the BBC, its walls have “never been seen in the last 200 years.” The castle was a huge tower keep, comparable in size to the White Tower of the Tower of London, and was most likely a prominent building until its destruction. In 1791, two years after the Gloucester castle was destroyed, the Gloucester prison began to receive its first prisoners. Whatever remained of the old castle was covered by the prison yard. 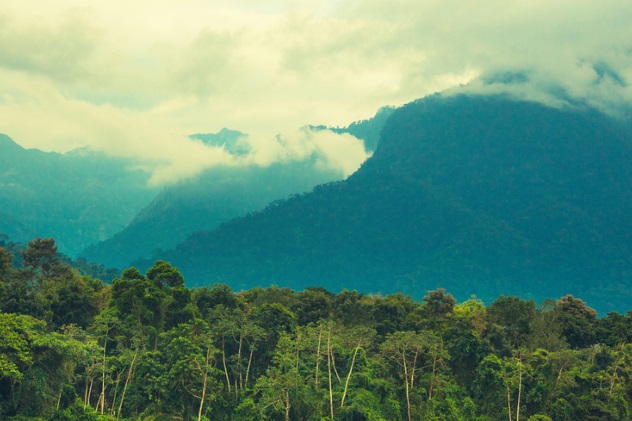 The White City was long the stuff of legend in Honduras. According to the indigenous people, when the Spanish conquistadors first arrived and began to take over, they fled to a “white house” deep in the Honduran jungles. In the remote Mosquita region of Honduras, strange objects were found that seemed to indicate that there was some sort of civilization there. The site, along with three others, were discovered in 2012 using an aerial imaging technique called Lidar.

Excavations showed that there was an entire city deep in the jungle, just as the natives had said. Earthen pyramids, plazas, and artifacts were all found indicating that a long-forgotten civilization once dwelt there. Ground was broke at the White City site in 2016 with the Honduran president there to witness it. 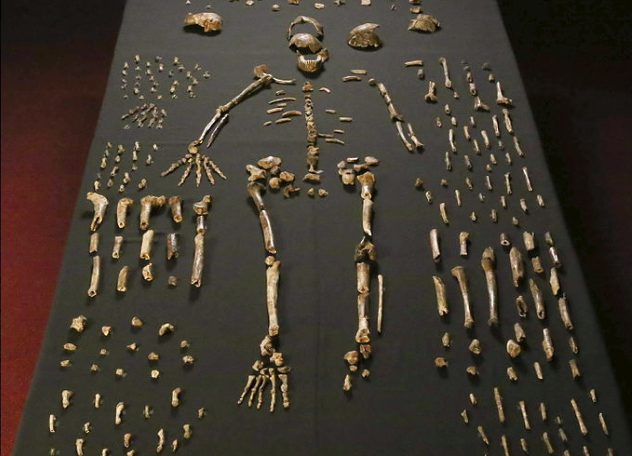 In 2013, paleoanthropologist Lee Berger assembled a team to explore the Rising Star Cave in South Africa. The team consisted of six thin women; the reason for this was the fact that Berger needed them to squeeze into a narrow chute which ended in a gap just 18 centimeters (7 in) wide. Beyond the gap were 1,500 bones from around 15 skeletons. This find is important because those skeletons are the remains of a previously unknown species of human called Homo naledi.

When Berger first explored the Rising Star Cave, he wasn’t expecting to find anything so impressive. The cave had been regularly explored for 50 years but, but when Berger sat in a crevice, he found that his feet didn’t touch the bottom. The chute he discovered led to the find. Despite the fact that Homo naledi had heads the size of modern gorillas, they may have engaged in burial practices in the cave and seem to have been quite intelligent.