For every Louvre showcasing the artwork of masters, there is a museum displaying every type of toilet imaginable. Most museums around the world are about art, history, and culture, but that doesn’t mean you can’t visit museums so bizarre that they just might shock you! Here are 10 peculiar museums you have to see to believe. 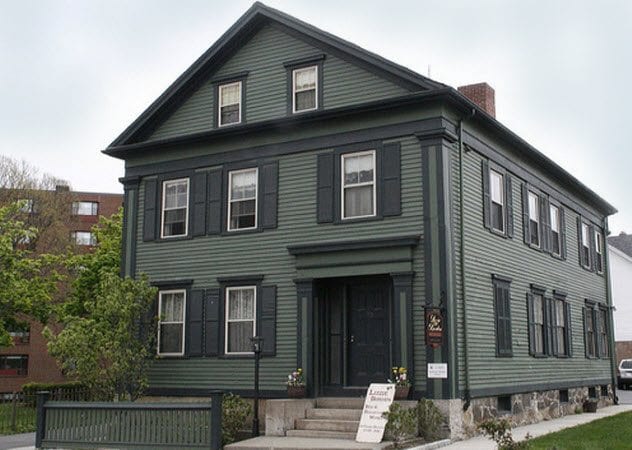 It’s not surprising to learn that the crime scene for the murders of Abby and Andrew Borden has been turned into a museum. What does come as a bit of a shock to most is that it is quite a lovely bed and breakfast—famous for ghost hunting, games, and Lizzie Borden bobbleheads.

Touring the museum is not complete without spending the night in the same house in which the brutal murders took place in 1892. Enjoy complimentary light snacks and coffee while touring the house with professional ghost hunters who demonstrate the use of their equipment in the hunt for the paranormal. 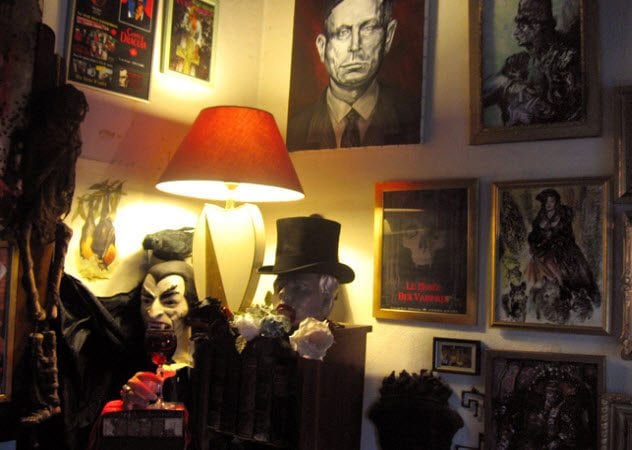 No trip to France is complete without first visiting the Museum of Vampires in Lilas (outside Paris). One can visit by appointment only to see a collection devoted to anything and everything vampire. Books, posters, props, and even the autographs of every actor who has played Dracula can be found in this creepy museum.

A visit to the museum includes a lengthy discussion with the curator, Jacques Sirgent, about the history of vampires in general, vampire lore in France, origins in folklore, and vampires’ place in pop culture. 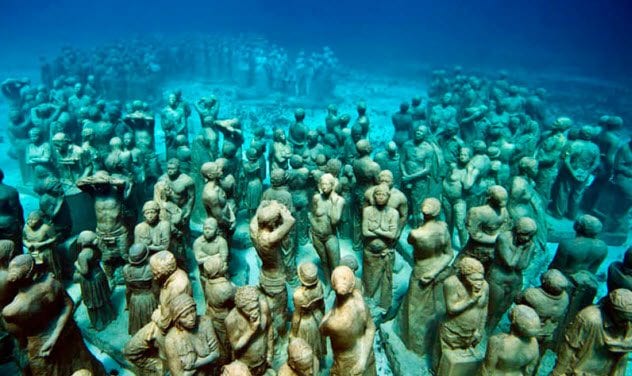 Trips to this museum take a bit more effort than most due to its location several meters below the surface of the ocean. The museum was created with the intention of drawing people away from the natural coral reef sites around Cancun. The influx of human traffic at the reefs has damaged the delicate ecosystem, so the museum was created to help reduce the damage.

Visitors can take a three-hour tour, which includes a 45-minute snorkel trip to see statues, sculptures, natural wildlife, and coral growth. Each statue is made of a material safe for marine life, and some have already begun to show coral growth. 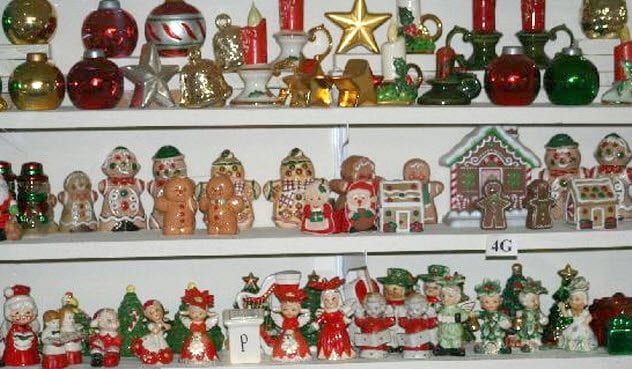 The next time you travel through Gatlinburg, Tennessee, make sure to stop by the Salt and Pepper Shaker Museum to see the world’s largest collection of . . . well, salt and pepper shakers. The museum boasts a collection of 20,000 pairs of shakers collected over 25 years by the owners and curators of this quaint, peculiar museum.

You can also see around 1,500 pepper mills and learn the full history of salt and pepper shakers while viewing examples that date as far back as the 16th century. Entry into the museum will cost you $3 as of late 2016. But don’t worry if you think you have seen everything—there is another Salt and Pepper Shaker Museum across the pond in Guadalest, Spain, with a collection almost as large and equally diverse. 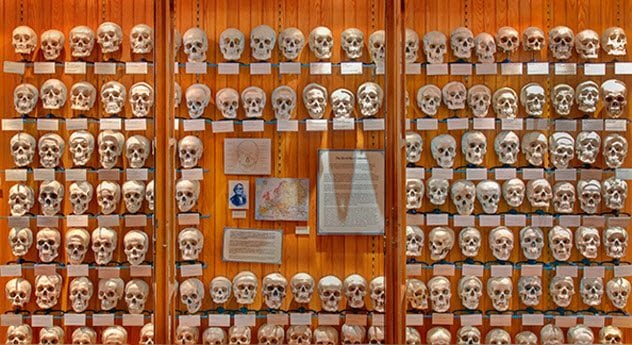 The Mutter Museum in Philadelphia is your one-stop shop to see just about everything related to the history of medicine. They have some interesting items on display, which might turn your stomach or interest you vastly depending upon your constitution.

Among their collection are more than 3,000 individual bones (osteologic specimens). These aren’t your middle school skeletons hanging in the corner with a hat and spectacles; these bones are examples of various illnesses, traumas, and in some rare cases, normal anatomy.

Most of the bones on display were prepared more than 150 years ago to be used as teaching aids. The museum also has around 1,300 “wet specimens” of biological tissue preserved in fluid. One such oddity on display is a portion of Professor Albert Einstein’s brain presented in slides. 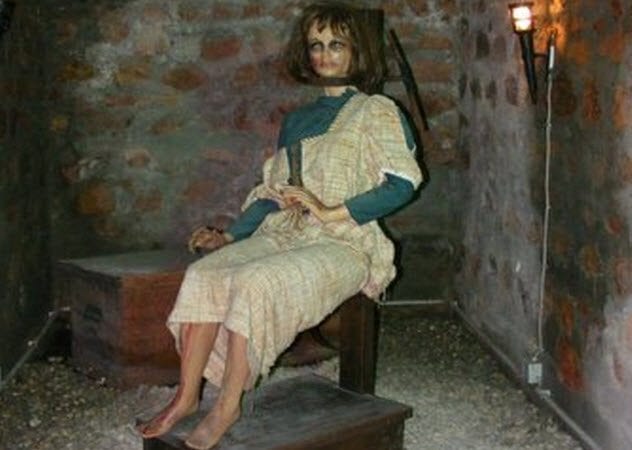 There are many torture museums around the world, but few are located in a creepy old house off the main road like the one in Ruedesheim, Germany. The museum boasts 144 different instruments of torture used throughout the Middle Ages, with displays of various methods of execution spread throughout the museum.

Among their collection you can find gallows, knee screws, breast talons, heretic forks, chastity belts, head presses, humiliation masks, an executioner’s axe, and much more. One of their most interesting pieces is the interrogation chair, which was used during the Spanish Inquisition.

There is also a section devoted to the various witch hunts throughout history. You can check out the “means” of determining whether a person was a practitioner of the dark arts. 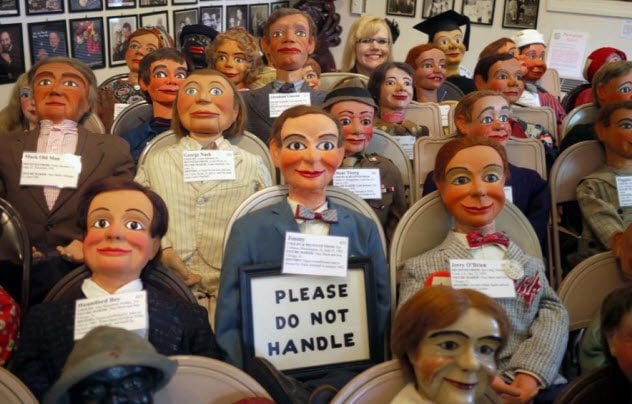 You might think that there aren’t many people who would visit a museum containing hundreds of creepy little dolls, but then you’d have to explain the Vent Haven Museum in Fort Mitchell, Kentucky. The museum boasts the largest collection of ventriloquism nightmares . . . dolls in the world.

Here you can learn about the art of ventriloquism and see some of the various dolls used by ventriloquists throughout history. The museum is the only one of its kind found anywhere in the world.

The collection began as the personal one of Mr. William Shakespeare Berger, who was concerned that his massive collection would be broken up upon his death. To avoid this, he founded a nonprofit organization dedicated to the art of ventriloquism. The collection has only become larger since his death. 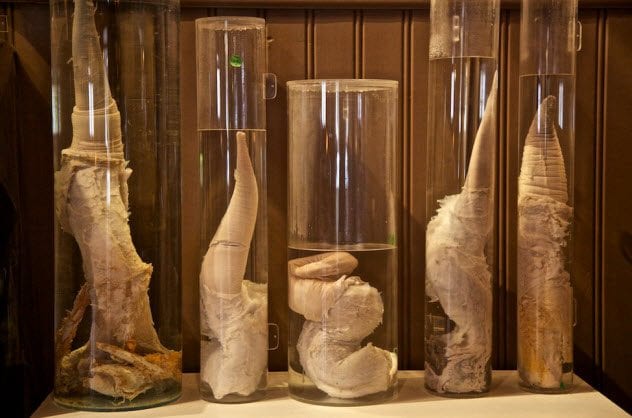 If it exists, there is a good chance that somebody has collected it and maybe even placed it in a museum. This is true for baseball cards, ventriloquist dummies, and even penises. The Icelandic Phallological Museum boasts the largest collection of penises and penis parts in the world.

The collection contains 280 specimens of penises from 93 separate species. Many of the “items” on display are from marine mammals such as whales and seals. You may be wondering if the museum has any human phalluses on display, and sure enough, it does.

One of the donated penises sits in a jar of formalin as a shriveled grayish-brown mass. This was due to an unfortunate detachment procedure that left the penis somewhat shriveled. The museum is on the hunt for “a younger and bigger and better one” to round out their collection.

Don’t think that the museum is a joke or an oddity. It may be peculiar, but they are devoted to the scientific study of the field of phallology. 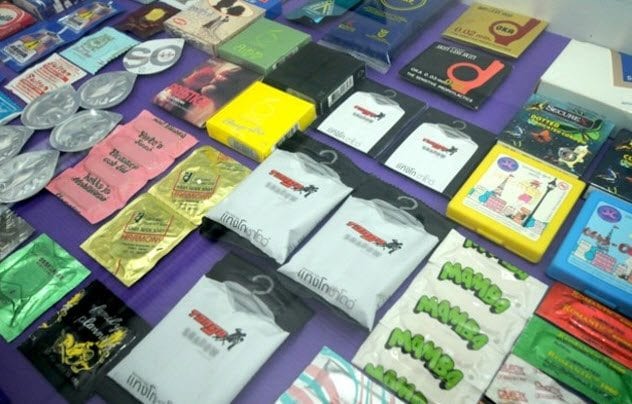 If you have ever wondered where most condoms are manufactured, you need look no further than Thailand’s Condom Museum. You can find the small museum within the Ministry of Health outside of Bangkok in Nonthaburi.

It’s fairly hard to find. But once you locate it, you will learn almost anything and everything there is to know about condoms. However, you do need permission from the department head to gain admittance. After that, you will find a huge collection of the prophylactics as well as machines showing how they test condoms for strength and durability.

The museum was created in part because of Thailand’s huge growth in the industry. It also raises awareness about condoms and their efficacy in the prevention of unwanted pregnancies and sexually transmitted diseases. On display are various phallic devices, penis pumps, and condoms from all over the world. 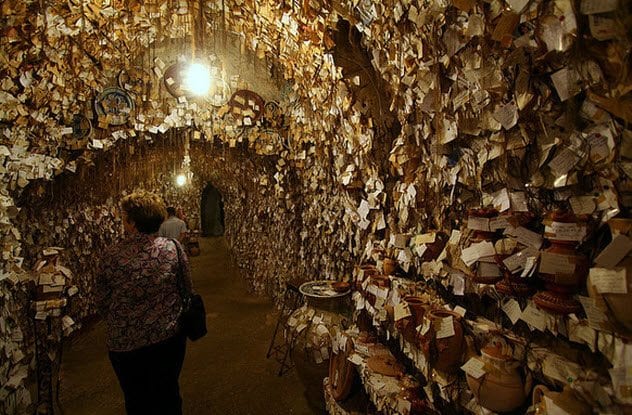 On the walls of a cave in Avanos, Turkey, can be found the largest collection of human hair on the planet—specifically, female hair. The museum started out with a rather benign story. The “curator” owns a pottery shop/guesthouse, and he asked a departing female visitor for something to remember her by. She left a lock of her hair and so have thousands of other women ever since.

He opened the museum in 1979 and is included in the Guinness Book of World Records for the largest collection of human hair, which is something that few people may ever be able to beat. There are 16,000 different samples of women’s hair placed along the walls of the subterranean cave.

But women do have a reason for leaving their locks behind. Every year, a winning lock is chosen and the winning lady is invited to return to the guesthouse and take a workshop with the master potter.