This week was marked by a real political nail-biter. Ohio’s 12th Congressional district special election went right down to the wire with only a tiny fraction of votes separating the Republican and Democratic candidates. Soothsayers took to their crystal balls to pour over what this might all mean for the November midterms, while elsewhere, disasters and international tiffs collided to create a remarkably varied news week.

10 Ohio’s Special Election Went Down To The Wire 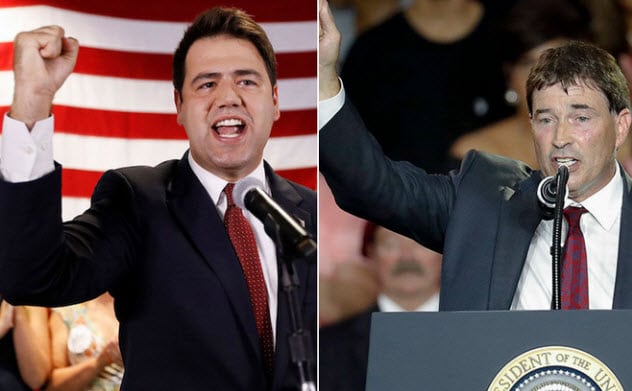 Gosh, that was close. On Tuesday, amid a slew of other highly anticipated races, Ohio’s 12th Congressional district special election went right down to the wire. Called in the wake of Republican Pat Tiberi’s resignation from Congress, it pitted GOP candidate Troy Balderson against Democratic contender Danny O’Connor for a seat in the US House of Representatives. The results were interesting, to say the least.

Balderson squeaked through with 50.2 percent of the votes to O’Connor’s 49.3. (The missing 0.5 went to the Green candidate.) Although most media outlets had called the race at the time of this writing, it still hasn’t officially been declared. A few thousand absentee and provisional ballots remain to be counted. While no one is seriously expecting O’Connor to inch ahead, it was still a breathlessly close race in a district that President Trump won by 11 points.

Nor was it the only close race of the night. In Kansas, the GOP gubernatorial primary between establishment pick Jeff Colyer and Trumpist Kris Kobach left the candidates almost neck and neck. Expect many a controversial recount before a winner is declared.[1]

9 Chicago Was Paralyzed By A Wave Of Shootings 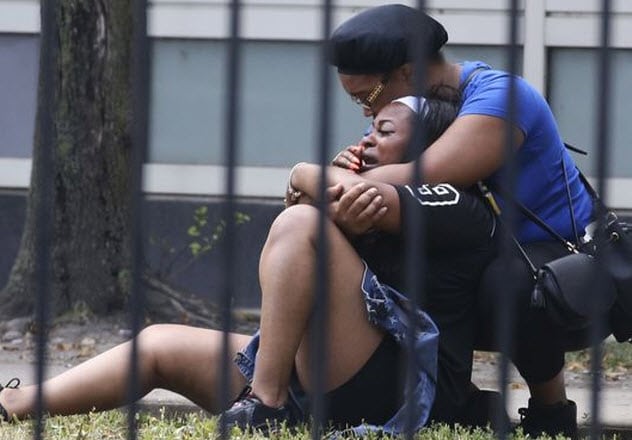 Between Friday afternoon and Monday morning, Chicago suffered a dizzying spike in violence rarely seen outside a postapocalyptic movie. At least 74 people were gunned down in a spate of shootings that ultimately claimed 13 lives and led to chaos in hospital emergency rooms. Although mostly gang related, the shootings still included at least four attacks where gunmen opened fire almost at random.

Chicago has spent the last couple of years gripped by a rising tide of violence that police seem powerless to stop. While everyone has their theories about the causes (and, this being the Internet, those theories likely boil down to “we need more or fewer guns!”), the reality is that there likely isn’t a single, easy factor we can point to. Violence in America’s third-largest city is now so ingrained that it would take a heroic effort to untangle it.[2]

Perhaps the only bright spot in this decay is the brave work of Chicago’s emergency responders. Saving the lives of 61 out of 74 gunshot victims is a minor miracle and one they deserve credit for. 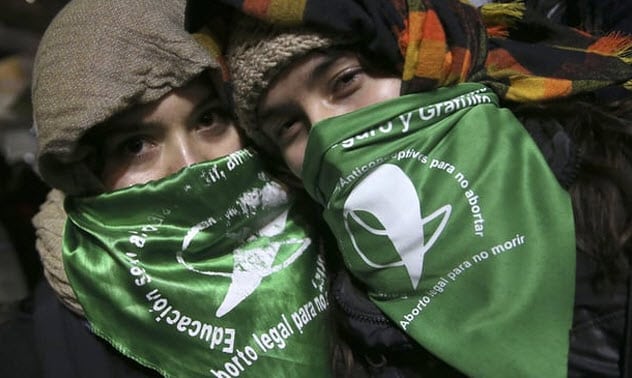 Whatever happened, the historic vote in Argentina’s senate was going to dash the hopes of millions. On Wednesday, a bill proposing the legalization of abortion up to 14 weeks of pregnancy reached the floor as proabortion and antiabortion activists rallied outside. After a marathon 15-hour debate, senators finally voted to reject the bill by 38 to 31. For pro-choice activists, it was a deflating end to a hard-fought campaign that had gripped the nation.[3]

Currently, Argentina only allows abortion in the case of rape or if the mother’s health would be in danger. As a result, there were around 45 deaths attributed to botched illegal terminations last year. When the abortion bill unexpectedly cleared the house by a margin of just four votes in June, it catalyzed a movement across the Latin American nation as everyone scrambled to get the outcome they wanted.

While Wednesday night’s defeat was a blow to the pro-choice crowd, there is a feeling now that legalization may be inevitable down the line. Recent polls show 60 percent of Argentines favor the 14-week limit. 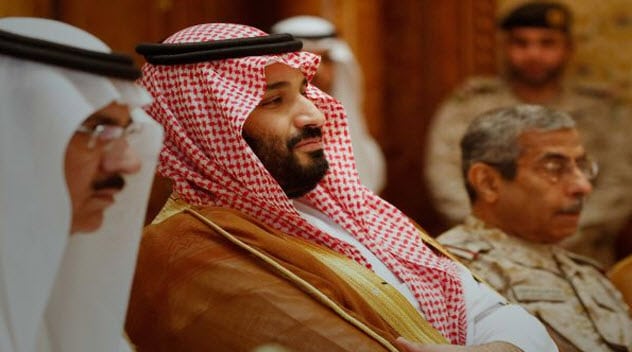 For all the endless attention paid to President Trump’s tweets, it may have been a tweet from Canada’s foreign policy account that sparked the biggest online diplomatic row of the year. Last Friday, the Canadian government issued a tweet imploring Saudi Arabia to release its political prisoners. It was the average sort of tweet that a dozen liberal Western governments send out a day, only with a significant difference. Someone in Riyadh read it. Boy, were they mad.

In an unexpected move, Saudi Arabia responded to the tweet by going on the diplomatic attack. The Canadian ambassador was expelled from the kingdom. Riyadh froze all trade with Ottawa. Approximately 16,000 Saudi students were ordered to leave Canada and complete their studies elsewhere. Overseas Saudi asset managers were forced to off-load all their Canadian holdings at a loss. Saudis receiving medical treatment in Canada were even evacuated to other nations.

At the time of this writing, Saudi Arabia is threatening to take yet more actions, including potentially canceling an arms deal made with the Trudeau government in 2016. Analysts have suggested that this overreaction may be Crown Prince Mohammed bin Salman’s attempt to flex his country’s muscles on the world stage.[4] 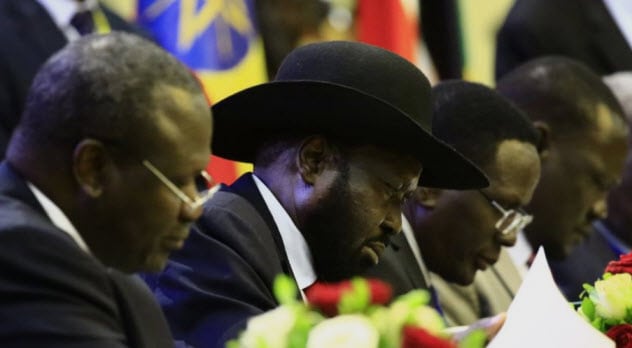 In summer 2011, South Sudan officially seceded from Sudan to become the world’s youngest country. After decades of repression at the hands of the Muslim-majority north, the mainly Christian south was supposed to be embarking on a new chapter of freedom and safety.

That illusion lasted less than two years. In December 2013, a spat between the egomaniacs heading the new nation’s various factions boiled over into civil war. For the last five years, armed groups have murdered and raped with impunity, leaving tens of thousands dead in their wake and an already poor nation in ruins.

This week, President Salva Kiir finally signed an agreement with rebel leader Riek Machar and opposition groups to lay down arms and establish a power-sharing government. If all sides manage to keep their word, it will end one of Africa’s grimmest civil wars.[5]

Sadly, that’s a big “if.” A similar agreement in 2015 collapsed amid riots that killed hundreds and forced Machar to flee the country. Hopefully, we don’t see a repeat. 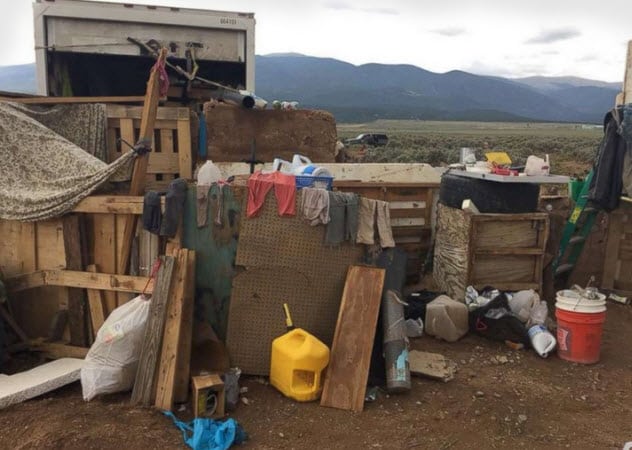 Last Friday, police searching for a missing child executed a search warrant at a New Mexico compound owned by Siraj Wahhaj. Whatever they might have been expecting to find there likely paled to what they actually saw. Wahhaj and his friend Lucas Morton were keeping 11 children in conditions so squalid that it looked like a third-world refugee camp. They also had three brainwashed women captive with them along with a sizable weapons cache.

But it wasn’t until a few days later that this already dark story took a truly awful turn. Wahhaj wasn’t just keeping these children captive. He was actively training them to become school shooters.[6]

Wahhaj seems to have been motivated by radical Islam to instruct these malnourished kids to carry out mass shootings. Worryingly, authorities in the area had been aware of both the compound and Wahhaj’s extremist leanings for some time before they finally did anything. By then, it was already too late for at least one victim. The body of missing four-year-old Abdul-Ghani was found buried on the site. 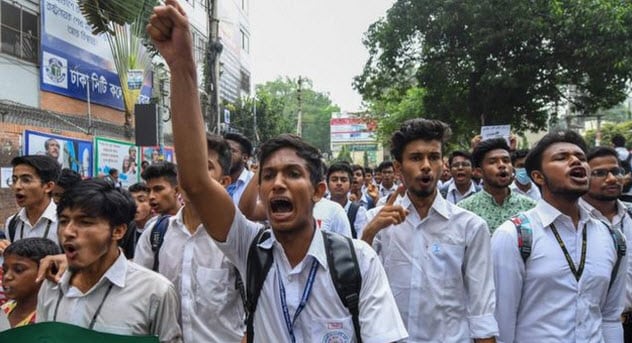 On July 29, a speeding bus hit and killed two schoolchildren in the Bangladeshi capital, Dhaka. Such deaths are sadly not all that uncommon in the nation, where 4,000 pedestrians were killed by vehicles in 2017 alone. But this case seemed to trigger an outcry in the usually protest-averse country. Led by students, an army of protesters swarmed over Dhaka, bringing the entire city of 18 million to a standstill.

Last Saturday, the authorities finally responded with unexpected force. Tear gas and rubber bullets were used on the teenagers blocking the roads, resulting in scores of injuries. Foreign journalists were also targeted in what swiftly transformed into a widespread crackdown.[7]

At the time of this writing, the protests are continuing, although there seems to be much unease about the police’s use of force. For their part, the government has tried to mollify the protesters by promising the death penalty for deliberate road deaths.

3 Kosovo And Serbia Floated The Idea Of A Land Swap 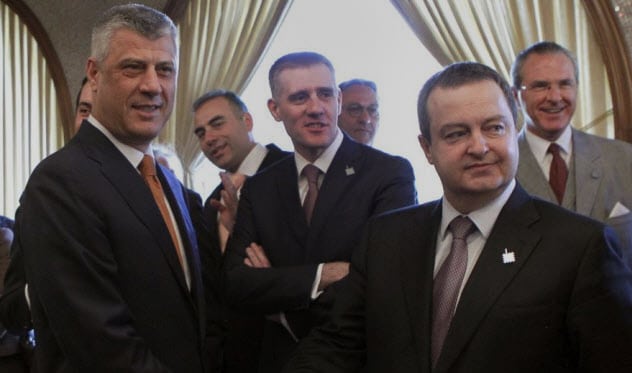 At the end of the Kosovo War in 1999, the cease-fire lines contained a couple of anomalies. The majority Albanian Presevo Valley remained within Serbia proper, while northern Kosovo with its 50,000 ethnic Serbs ended up under Pristina’s control.

Since then, the two enclaves have been a continuous sore spot in relations between Pristina and Belgrade, which refuses to recognize Kosovo’s independence. This week, senior officials in both governments floated an extremely controversial way of breaking their diplomatic deadlock: swapping territory. Under the proposals, Kosovo would gain the Presevo Valley, while Serbia would gain northern Kosovo above the Ibar River.[8]

The idea was first voiced by Kosovo’s president before being picked up by Serbia’s foreign ministry. While it’s gratifying to see the two unfriendly neighbors moving toward any sort of compromise, many fear further ethnic division in the Balkans could set off a chain reaction with the potential to spiral into violence. 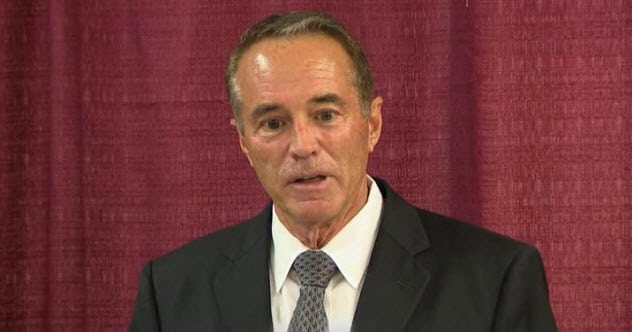 Early Wednesday morning, the FBI raided the home of Republican Congressman Chris Collins. They arrested Collins, his son, and the father of his son’s fiancee. Although FBI raids on political figures usually feature these days in the news alongside the word “Russia,” Collins’s arrest was a completely different kettle of fish. The federal government accused him of breaking insider trading laws to avoid nearly $800,000 in losses.

The case relates to Collins’s position as the No. 2 shareholder in an Australian biotech firm. Allegedly, Collins became aware that lab trials at the firm weren’t showing the expected results and told his son to sell off before the information became public. The son also told his fiancee’s father. Together, they managed to ditch their holdings before the firm’s stock nose-dived, losing 92 percent of its value.

If convicted, Collins and his coconspirators could face up to 20 years in prison. However, Collins is adamant that this is a political stitch-up—to the extent that he plans to remain on the ballot for the November midterm elections.[9] 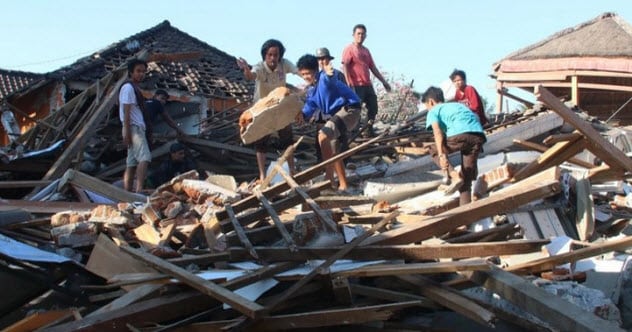 On Sunday, a powerful earthquake struck the island of Lombok in Indonesia, tearing down buildings and causing chaos. In the immediate aftermath, over 90 people were reported as dead—a significant number of fatalities in anyone’s book. But it wasn’t until much later in the week that we got a glimpse of the true total. On Thursday, authorities revised the death toll sharply upward. At the time of this writing, it stands at 319.[10]

The Lombok quake was a horror show. The island is popular with tourists and was packed with people. The buildings that survived the initial quake were severely weakened by 335 aftershocks. When a huge aftershock hit on Thursday, more structures collapsed, triggering mass panic in the streets. How many people were killed by this latest quake is not yet known.

The bad news sadly doesn’t stop there. Some 1,400 people were badly injured in the quake, and 165,000 were forced to flee the area. Approximately 20,000 people remain cut off from supplies and without water. With a humanitarian crisis looming and the death toll expected to rise, it’s thought that the Lombok quake may yet surpass 2010’s Mentawai disaster to become Indonesia’s deadliest quake of the decade.