In 1953, Ian Fleming told a friend that he had been inspired to create James Bond after reading about the life of Sidney Reilly. Known as the “Ace of Spies,” Reilly was one of the greatest British agents of the early 20th century. But he was also a ruthless and dangerous man, loyal to no one but himself, and ready to betray or murder anyone who got in his way. 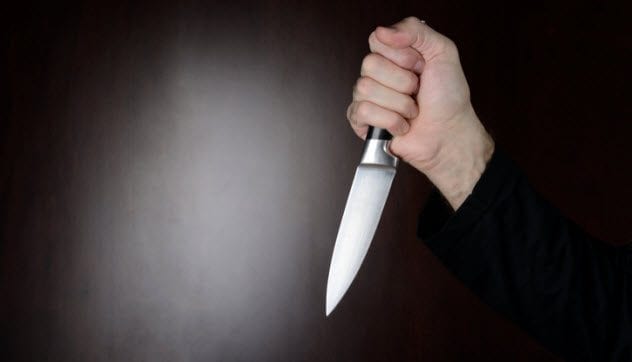 Sidney Reilly’s early life is shrouded in mystery. He told a number of stories, all of them lies, but he was probably born Georgi Rosenblum in Odessa, Ukraine, around 1873. His first certain appearance in history came in 1895 when railway staff in Paris slid open the door of a train compartment and found a man lying in a pool of blood.

The victim had been stabbed repeatedly. But he recovered consciousness long enough to say that his name was Constant Della Cassa and that he had been attacked and robbed by two men. He died the next day. French police subsequently identified him as a member of an illegal anarchist group.

A Russian exile named Yan Voitek later admitted that he had planned the attack with Reilly after learning Della Cassa was a courier who regularly carried large sums of money for the anarchists. After splitting the loot, Reilly fled to England with his cut, worth perhaps $75,000 in today’s money. 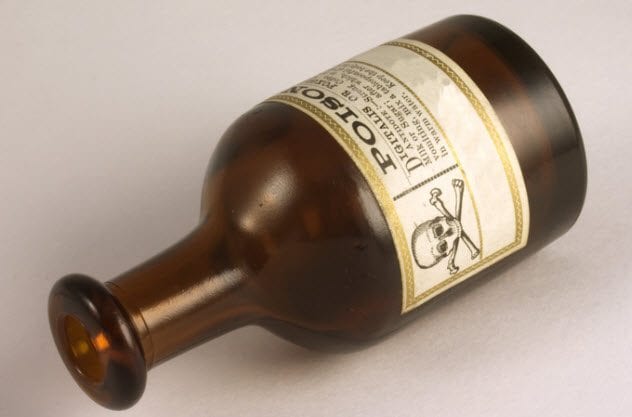 In England, Reilly met Margaret Thomas, the young wife of a wealthy older man named Hugh Thomas. In 1898, Thomas updated his will to make Margaret his sole heir. One week later, he was found dead in his hotel room. Luckily, a young doctor named T.W. Andrew was also staying at the hotel and certified that Thomas had died of natural causes.

In reality, no T.W. Andrew was registered as a doctor in Britain at that time. The cause of death he gave (“influenza; a fainting of the heart”) was so vague as to be meaningless. Witness descriptions make it clear that “Dr. Andrew” looked exactly like Sidney Reilly.

Margaret insisted that her husband be buried as soon as possible with no autopsy. Since a doctor had supposedly certified the cause of death, the authorities didn’t bother with an inquest. Margaret inherited a fortune. She married Sidney Reilly five months later.

8The Disappearance Of Louisa Lewis 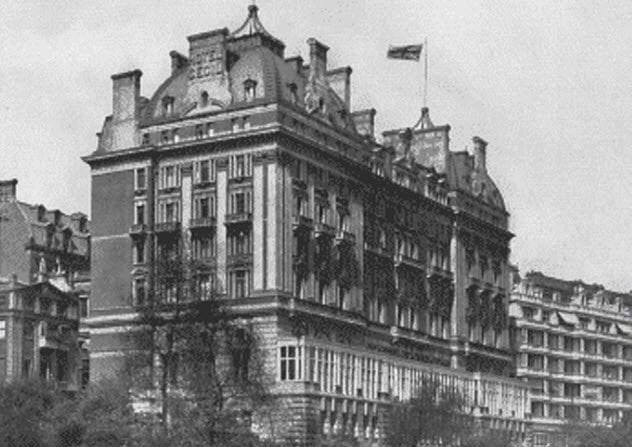 According to Andrew Cook’s biography of Reilly, there was a disturbing postscript to the story of the mysterious “Dr. Andrew.”

In 1908, Reilly, now an experienced spy for the British secret service, was staying at the Hotel Cecil on a trip to London. One of the hotel employees was Louisa Lewis, who had previously worked at the hotel where Hugh Thomas had died. In fact, Lewis had been there when Thomas’s body was found and had met Dr. Andrew.

Lewis suddenly vanished on October 25, 1908, shortly after Reilly checked into the Cecil. She was last seen on the main staircase of the hotel, speaking to a man who matched Reilly’s description. Her disappearance was never solved. 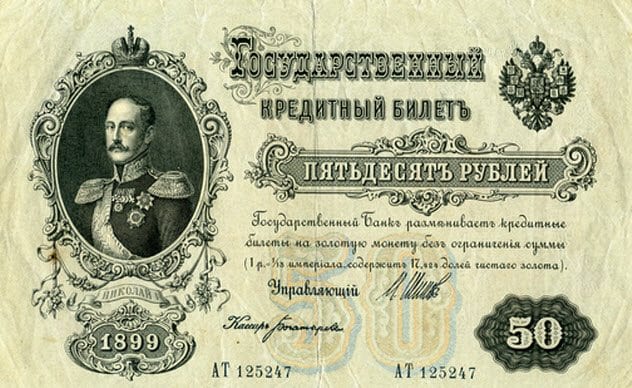 In 1899, the Russian government became aware that a gang based in London was counterfeiting Russian rubles. The Russians suspected that Reilly was a key member of the ring, smuggling the rubles out of England through a company named Polysulphin. A prosecutor was sent to London to help investigate, while the Russians wrote to alert William Melville, the head of Scotland Yard’s Special Branch.

But the Russians didn’t know that Reilly was already working as a spy for Melville, keeping an eye on radical Russian exiles living in the UK. Melville even helped Reilly obtain a British passport by taking the identity of “Sidney Reilly,” a relative of Melville’s wife who had died as a baby 20 years earlier.

Melville probably tipped Reilly off to the Russian investigation, and he rapidly left the UK before he could be implicated further in the counterfeiting operation. 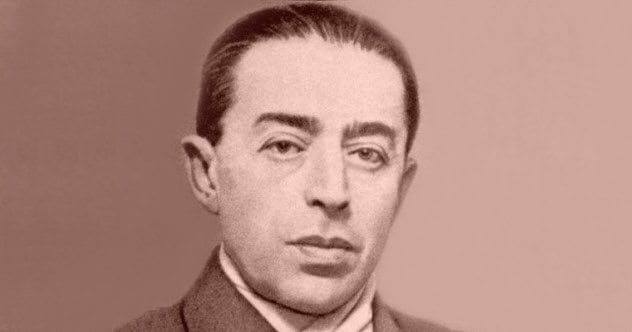 Over the next two decades, Reilly established himself as one of Britain’s top international spies. His movements remain slightly mysterious, but he popped up everywhere from Baku to St. Petersburg. He was in Manchuria in the buildup to the Russo-Japanese War and New York during the early years of World War I.

But his true allegiance was always to himself, and he never hesitated to play both sides if it benefited him. In Manchuria, he may have been a triple agent, working for Britain, Japan, and Russia. He certainly profited from the war there since he saw it coming and bought up medical supplies, which he later sold to the Russian military at a profit.

A British intelligence officer summed up Reilly’s reputation as a man “without patriotism or principles and therefore not recommended for any position which requires loyalty, as he would not hesitate to use it to further his own commercial interests.” 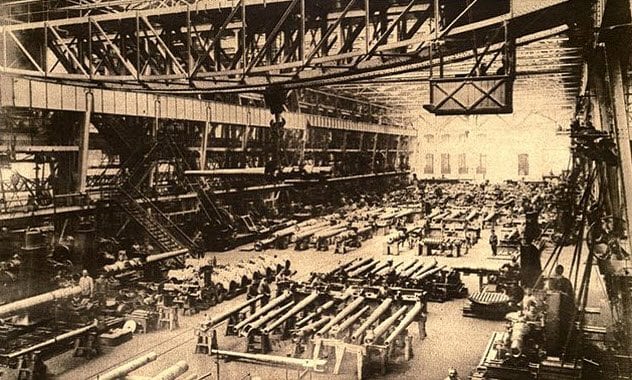 In 1909, Reilly was sent to infiltrate the enormous Krupp weapons factory in Essen, Germany. Reilly gained access to the plant by getting a job there as a welder. He also joined the volunteer fire brigade, which allowed him to view detailed maps of the facility.

His plan was to slip away from a night shift and secretly photograph the blueprints kept in the drawing office. However, a foreman spotted him slipping into the office and demanded to know what he was doing.

Reilly strangled the foreman before he could raise the alarm. Then Reilly hid the body and escaped to a safe house in Dortmund. Despite a German manhunt, he simply changed his identity and boarded a ship to England. 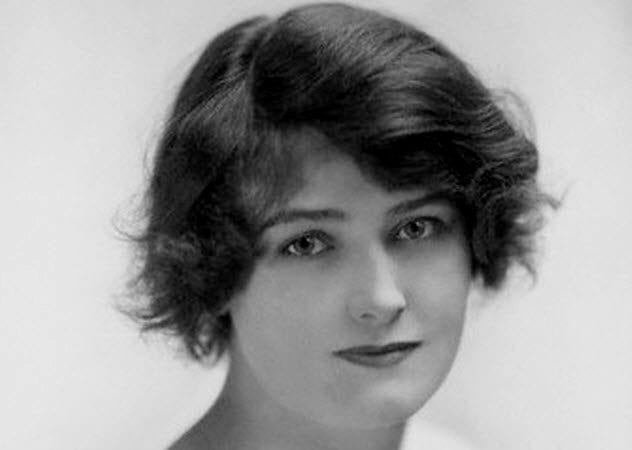 Just like James Bond, Reilly had an eye for the ladies and constantly had multiple affairs. He also broke the law by committing bigamy—twice.

Reilly’s first known wife was Margaret Thomas, whose wealthy first husband had passed away so mysteriously in 1898. Around 1910, Reilly was in Russia and wanted an introduction to senior figures at the naval ministry. So he started sleeping with Nadia Zalessky, the wife of the navy minister’s chief aide.

Reilly paid Nadia’s husband to divorce her and the pair were married in 1914—even though Reilly was still married to Margaret Thomas. To make matters worse, he married a third time in 1922 to a young actress named Pepita Bobadilla. He did have the decency to divorce Nadia before marrying Pepita, although he stayed married to Margaret.

3Interfering With A British Election 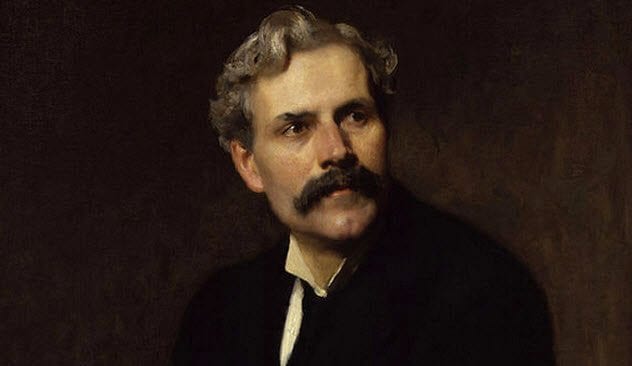 In October, MacDonald was forced to call new elections after he intervened to stop the prosecution of a Communist newspaper editor. Just days before the election, a letter was leaked to the press, supposedly from Soviet official Grigori Zinoviev, implying that a Labour government would help spark a full Communist takeover of Britain.

MacDonald lost the election. But it was subsequently determined that the letter was a forgery and almost certainly spread by rogue officers of the MI6 spy agency. Espionage historian Christopher Andrew wrote that Reilly was one of the rogue spies involved in publicizing the letter and that a copy has even been discovered “in what appears to be Reilly’s handwriting.” 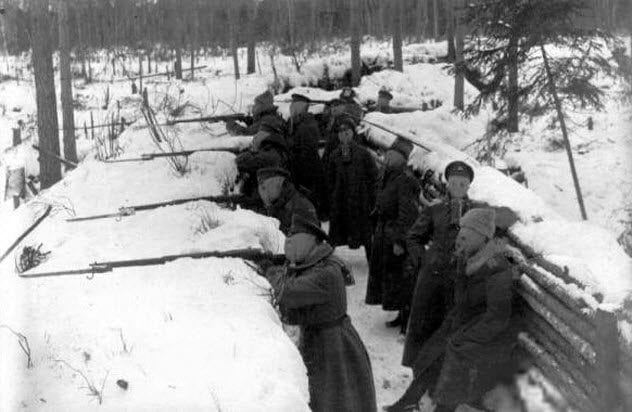 In 1918, MI6 sent Reilly to Moscow, where the Bolsheviks had recently seized control of the Russian government. Along with MI6 agent Robert Bruce Lockhart, Reilly hatched a daring scheme to stage a coup and overthrow the Bolsheviks.

The scheme was centered around the Latvian Riflemen, who were stationed in Moscow and known as the “Praetorian Guard” of the revolution. The Latvians were growing disaffected with Bolshevik rule. Reilly met with their officers and hatched a plot to have them seize the Soviet leaders at gunpoint.

Reilly apparently told his superiors that Lenin and Trotsky would not be killed but merely paraded through the streets in their underwear. This was almost certainly a lie, and the Soviets later insisted that Reilly and the Latvians had been planning a bloodbath.

However, the Soviets got wind of the plot and arrested numerous Western diplomats, including Lockhart. Slippery as ever, Reilly disguised himself and escaped to Sweden via Finland. 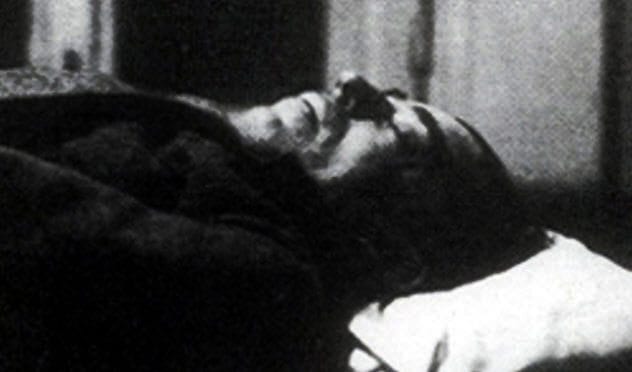 After fleeing Moscow, Reilly started working with an underground anti-Communist organization known as “the Trust.” In 1925, the Trust invited Reilly to sneak into Moscow and meet its leadership. Reilly didn’t know that the Trust was a front organization started by the Soviets themselves. He was arrested as soon as he crossed the border.

Reilly was held in the notorious Lubyanka prison and interrogated by the Soviets, although he doesn’t seem to have been tortured. Before long, Reilly appeared willing to betray everyone. He wrote to Cheka head Felix Dzerzhinsky to offer vital information on British and American spies.

Dzerzhinsky apparently didn’t follow up. The Ace of Spies was executed in a forest outside Moscow in November 1925. After his death, a small diary was found, written on cigarette papers and stuffed into a crack in his cell. It contained a detailed record of Soviet interrogation techniques, which Reilly may have hoped to sell if he somehow secured his release.