The demography of ancient Greece has always been a hard subject to study. Although ancient sources provide no reliable statistical data on childbirth, mortality, life expectancy, and other related metrics, we do know quite a bit about practices and issues that affected population levels.

Ancient Greek folklore and imagery glorify the procreative energy of female sexuality. But we also know that under some circumstances, women wanted to avoid pregnancy or dispose of illegitimate, deformed, or sick children. 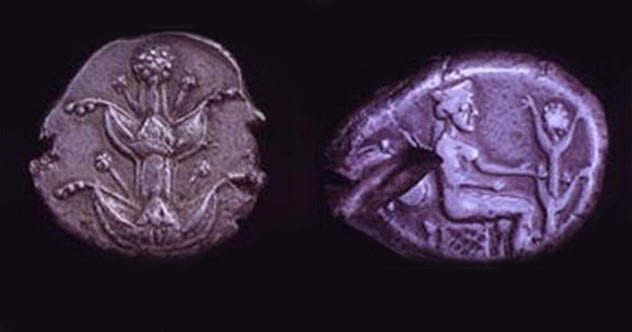 There is plenty of recorded evidence that the Greeks were familiar with the contraceptive properties of a small tree known as silphium, which belonged to the Ferula genus. This plant was both discovered and marketed by the Greek colonists in Cyrene, an ancient Greek city on the North African coast near present-day Shahhat, Libya.

All attempts to transplant and cultivate the silphium tree outside Cyrene were unsuccessful. The overexploitation of silphium led to its extinction. By the first century AD, the plant was expensive due to the low supply, and the last historical reference we know is dated to the fourth century AD.

Clinical testing performed with extracts from plants of related species have shown them to be effective contraceptives in animals provided that the extract is administered within three days of mating. This suggests that silphium may have been used as an herbal morning-after pill similar to the morning-after pills marketed today (Wilson 2006: 182). 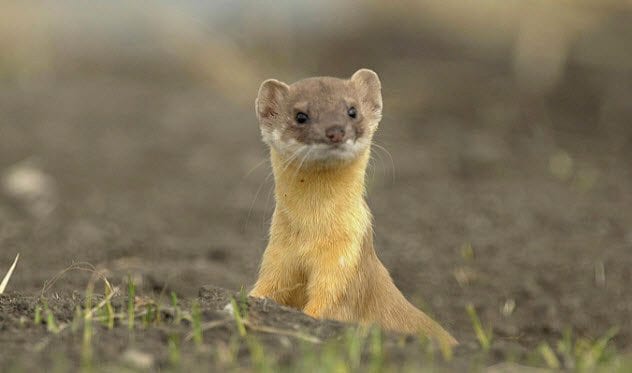 In ancient Greece, magical concoctions, spells, amulets, and incantations were believed to aid both reproduction and contraception. For some reason, the testicles of a weasel were believed to act in both directions.

According to an ancient Greek text known as Cyranides (2.7), the right testicle of a weasel “reduced to ashes and mixed in a paste with myrrh” was believed to aid conception when inserted into a woman’s vagina on a small ball of wool before the sexual encounter. 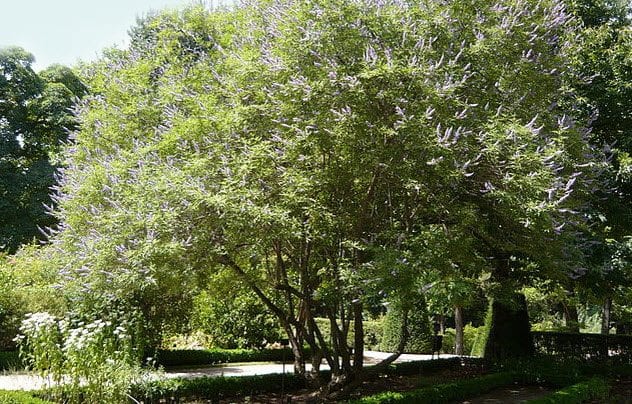 Some ancient sources refer to a plant named periklymenon that was believed to act as a male contraceptive, but all modern attempts to identify it have failed. The renowned Greek physician Galen reported that the chaste tree was used by athletes to prevent erections. There are other references claiming that the leaves of the chaste tree were chewed by priests to decrease sexual desire (Wilson 2006: 182).

Modern testing of chaste tree extract on dogs has shown it to be an effective blocker of sperm production. Coitus interruptus was a known male contraceptive method, but it is unclear to what extent this method was employed judging by the scarce reference to it. 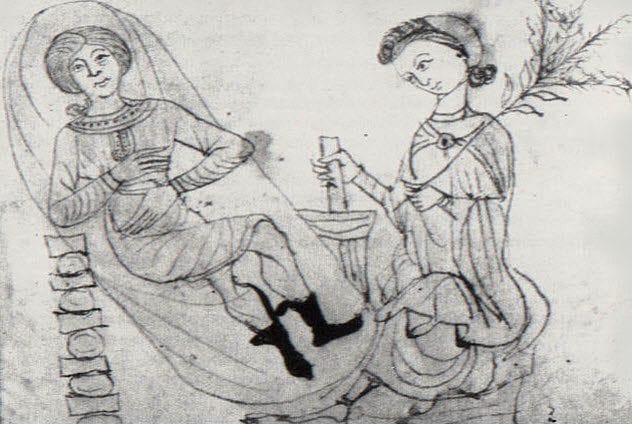 Abortion was a well-known procedure in ancient Greece. Although the ancient Greeks knew both surgical and chemical procedures to interrupt a pregnancy, literary evidence suggests that surgical methods were discouraged due to the risk posed to the mother.

Socrates, whose mother was a midwife, said in Plato’s Theaetetus (149d), “With the drugs and incantations they administer, midwives can [during an early stage of the pregnancy] cause a miscarriage if they so decide.” Ancient Greek medical literature recorded the names of several plants that were used to terminate early pregnancies including rue, pennyroyal, myrrh, juniper, and birthwort.

Although abortion was considered controversial in some Greek cities, we have no evidence that it was a punishable crime. Ancient Greek medical texts indicate that abortion was often practiced by prostitutes (Wilson 2006: 1). 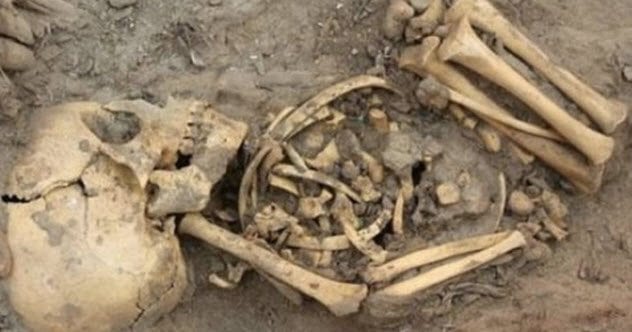 Infanticide was a well-known method of family planning. From a legal standpoint, a child had little protection until the amphidromia was conducted, which was the ceremony where the father named the child.

In general, the child could be killed without any legal trouble or moral controversies at any point before this ceremony took place. Moreover, in some ancient Greek law codes, infanticide was an advisable course of action under specific circumstances.

The term “infant exposure” (putting the infant outside) is used in ancient sources, presumably as a euphemism for infanticide in many cases. The outcome of the abandonment of an infant is either death or adoption by a third party (Hornblower and Spawforth 2012: 735).

Infant exposure is a repetitive theme in ancient lore and legends, and Greece is no exception (e.g. Oedipus, Paris, and Telephus). This literary evidence suggests that infanticide was probably a widespread method of limiting family size, although the exact extent to which it was employed is difficult to assess. 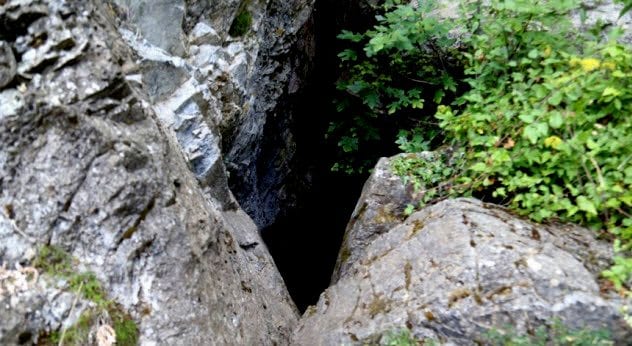 There is a very specific form of infanticide recorded in ancient Greece that has been strongly connected to Sparta. According to Plutarch (“Life of Lycurgus,” 16), every Spartan newborn had to be brought to the elders for examination:

If [the infant] was well-built and sturdy, they ordered the father to rear it [ . . . ]; but if it was ill-born and deformed, they sent it to the so-called Apothetae, a chasm-like place at the foot of Mount Taygetus, in the conviction that the life of that which nature had not well equipped at the very beginning for health and strength, was of no advantage either to itself or the state.

The reality is that Spartans were not the only ones concerned with deformed infants. In Book 7 of his work Politics, Aristotle supports infanticide in the case of deformed infants: “As to the exposure and rearing of children, let there be a law that no deformed child shall live.”

Even the Romans in the Law of the Twelve Tables (the foundation of Rome’s legal system) contemplated the killing of deformed infants (table 4, 1): “A notably deformed child shall be killed immediately.” 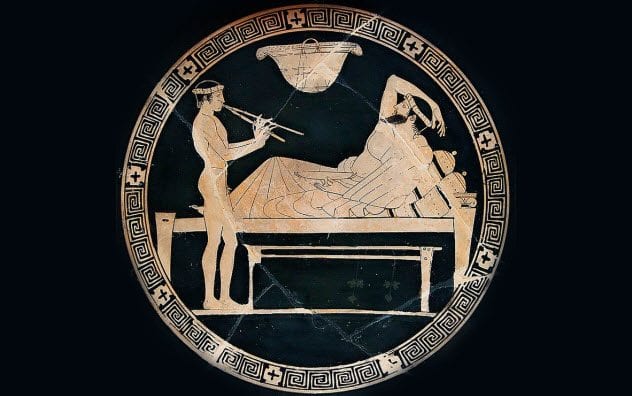 The American scholar William Percy has argued that the encouragement of sexual intercourse between members of the same sex in ancient Greece, particularly the institutionalized Athenian pederasty, was aimed at controlling the population level. An interpretation along the same lines was already expressed by Aristotle (Politics 2.1272a 22–24), who argued that the goal behind the institutionalized pederasty of the Cretan society was to check the demographic growth.

It does not seem possible to confirm whether homosexual practices in ancient Greece were encouraged with the conscious purpose to check demographic growth. But it is reasonable to suppose that as the number of sexual encounters between members of the same sex increases, the frequency of sexual intercourse between members of the opposite sex is likely to be reduced.

Homosexuality might well have had an effect on population control—not as a strategy consciously aimed to check population levels but merely as an inevitable side effect of limiting heterosexual activity (Wilson 2006: 127). 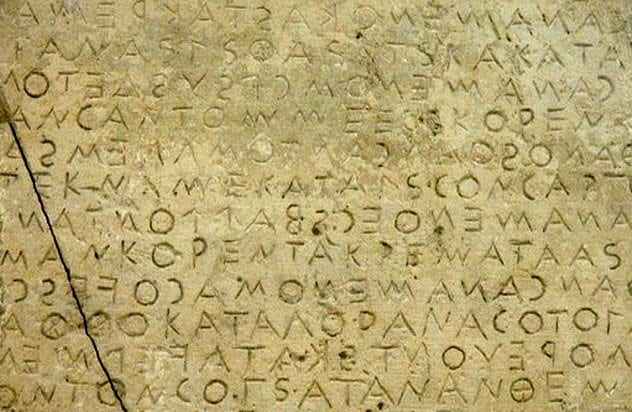 Several aspects of population control had a legal regulation in ancient Greece. In the city of Gortyn (central Crete), we found detailed information concerning various laws inscribed around 450 BC (Hornblower and Spawforth 2012: 623–735).

The Gortyn law code (3, 43–48) allowed infant exposure in some cases: “If a wife who is separated (by divorce) should bear a child, (they) are to bring it to the husband at his house in the presence of three witnesses; and if he should not receive it, the child should be in the mother’s power either to rear or expose.”

Interestingly, the Gortyn law code (4, 9–13) also contemplated fines if a woman did not comply with this regulation: “If a wife who is separated (by divorce) should expose her child before presenting it as it is written [in this legal code], if she is convicted, she shall pay, for a free child, fifty-staters, for a slave, twenty-five.”

In the city of Thebes, the law did not allow infanticide. However, poor parents were allowed to sell their children. 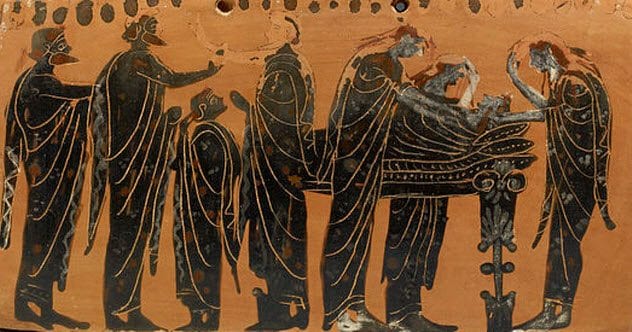 War was arguably the most important factor for adult male mortality, although maternal, neonatal, and infant mortality were also high. No reliable figures on demographic statistics have survived to our days, but some scholars have come up with different figures. Maternal death estimates range from 5 in 20,000, a truly low and probably unrealistic calculation, to 25 in 1,000. This rate would vary in different places at different times (Hornblower and Spawforth 2014: 161, 617).

Based on forensic anthropology data from Classical Greece cemeteries, infant mortality has been estimated at about 30 percent (Olyntus, northern Greece) assuming that the sample of human remains analyzed is representative of the wider population, which is uncertain.

The ancient Greeks coined the word amphithales (“blooming on both sides”) to refer to a child with both parents still alive. The fact that a special word was employed to refer to this situation suggests that life expectancy was low (McKeown 2013: 16). 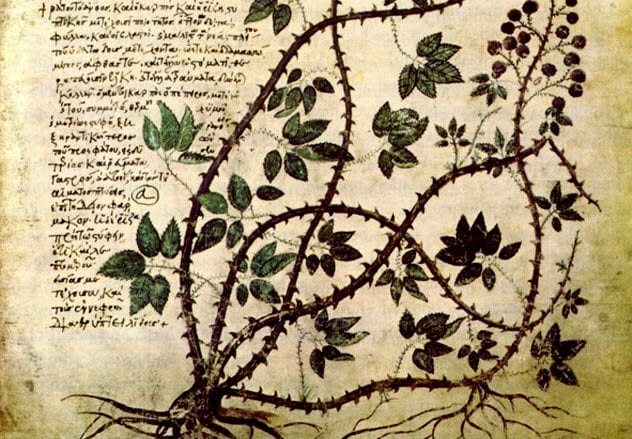 Ancient literature records a number of additional contraceptive methods that are hard to classify and of dubious effectiveness. In the first century AD, the Greek physician Dioscorides recommended anointing the male genitals with cedar gum and applying alum to the uterus. Such practice was believed to make the womb unsuitable to host the male seed.

Other methods included the use of a suppository of peppermint and honey before intercourse and a peppery pessary after sexual activity to “dry out” the uterus and make it inhospitable for the fetus.