The Ku Klux Klan has been causing mayhem in the United States for well over a century. With a membership that once exceeded four million, their mission was simple: to cleanse the American people and eradicate the “undesirables” that diluted the pure white race. Here are some of the most villainous acts committed by the KKK.

10 The Lynching Of Jim Williams 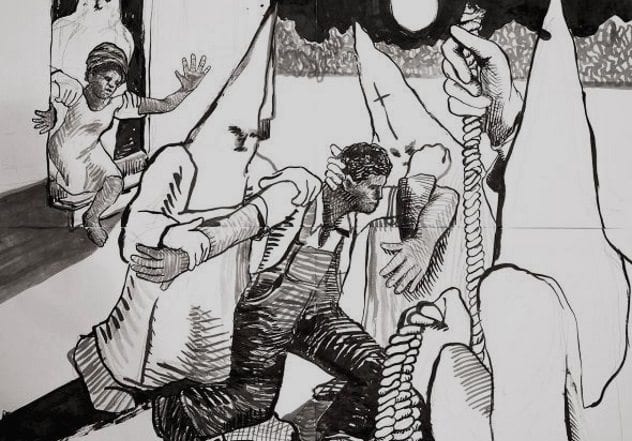 During the Reconstruction era, the United States was still recovering from a massively destructive civil war. Still bitter over their defeat, Southern radicals began attacking sympathetic whites and free blacks, sometimes for no reason. Jim Williams was once such victim.

Jim Williams was an early civil rights leader and had been targeted by the Klan for quite some time. In the late night of March 6, 1871, a group of Klansmen bombarded his home and dragged him from his cabin. These men tied a rope around Williams’s neck and forced him up a tree to hang himself. When Williams clung to the tree to escape his fall, one of the Klansmen hacked at his fingers with a blade, and he fell to his death. 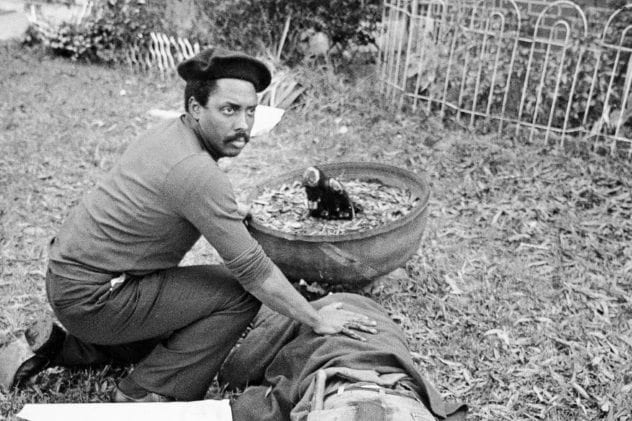 The Greensboro massacre took place on November 3, 1979, when a group of Communist Workers Party supporters gathered in the streets of Greensboro, North Carolina, to rally. Suddenly, a group of cars circled the protesters. When the protesters rebelled, Klansmen and members of the American Nazi Party fired into the crowd, killing five people and injuring five others.

After the murders, it was alleged that police knew that the Klan would attack the demonstration but did nothing to protect the protesters.

8 The Murder Of Harry T. Moore 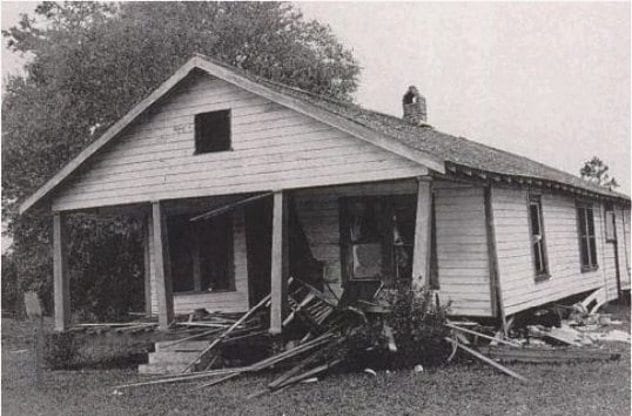 Harry T. Moore was a black educator who participated in the Civil Rights Movement in the 1930s. He even established his own branch of the NAACP and served as a secretary. He soon joined protests in fighting for equal pay for teachers in Florida. Before long, he became a household name with the Ku Klux Klan.

On Christmas 1951, Harry and his wife were killed by a bomb planted under their bed. The FBI did some investigation into the murders but found nothing. About 50 years later, the FBI concluded that the Ku Klux Klan played a role in the murders of the two innocent teachers.

7 The Rape And Murder Of Madge Oberholtzer 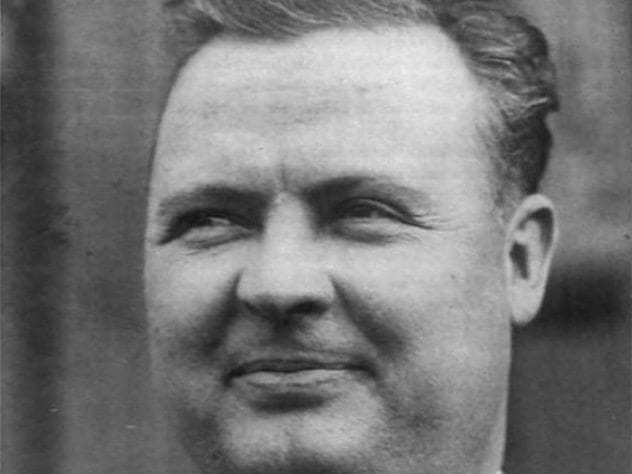 Madge Oberholtzer was a young white woman who became close to KKK grand dragon David Curtis Stephenson. She met him during his inauguration party to discuss the rumors of her reading circle having been closed due to budget cuts. Stephenson openly flirted with her and asked her out on dates, which she declined. Oberholtzer eventually agreed to have dinner with him and also attended a party at Stephenson’s house at one point.

On March 15, 1925, Oberholtzer agreed to meet Stephenson at his mansion. There, she was forced to drink alcohol until she threw up. She was then kidnapped and brutally raped by Stephenson, who savagely bit her all over her body. Seeing no other way out, Oberholtzer swallowed mercuric chloride tablets to poison herself. She ultimately died from a staph infection from her bite wounds as well as mercury poisoning.

6 The Lynching Of Wyatt Outlaw Wyatt Outlaw was a mixed-race man born to a father who was a slave owner. It isn’t entirely known if Outlaw was a slave or a free man, but he joined the Army to fight in the Civil War in 1864. He served in the 2nd Regiment of Cavalry, US Colored Troops, until 1866. After the war, he became the first black town commissioner.

In performing his duties as town commissioner, Outlaw opened fire at some Klansmen who were trying to intimidate blacks in Graham, North Carolina. The Klan was infuriated at the news of this. They dragged Outlaw out of his home and lynched him in the town square. A cryptic message on his chest read, “Beware! ye guilty parties, both white and black.” 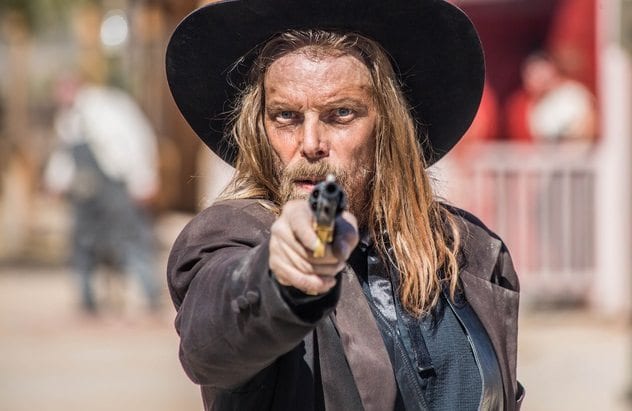 In January 1868, a group of Ku Klux Klan members plotted to kill a black man named Calvin Carter. He had apparently insulted the black mistress of a white man named Calvin Lamberth. On January 7, Carter shot at a man who was warning him that men were looking for him, and the town of Pulaski, Tennessee, erupted into chaos.

4 The Murder Of John W. Stephens 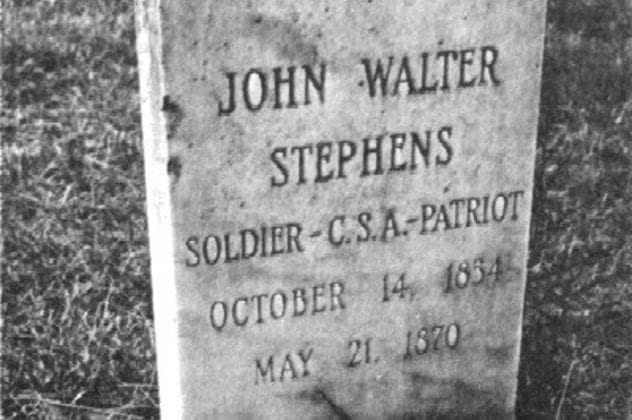 John W. Stephens was a state senator from North Carolina and the recipient of a very harsh and unjust death at the hands of the KKK. Stephens served in the Confederate Army during the Civil War, but he wasn’t involved in any direct combat. After the war, he continued his job as a tobacco trader. He was nicknamed “Chicken” Stephens for shooting a chicken for almost no reason at all. He soon began a life of politics and was widely hated.

In 1870, Stephens was confronted at the local courthouse by a group of Klansmen, and to his surprise, they had come to kill him. Stephens had a final request, which was that he may look out the window to see his home and his children playing in the distance. Once this was done, the Klansmen held him down, cut his throat, caught his blood in a bucket, and left his body in the room. In the 1920s, Tulsa, Oklahoma, was full of rich black entrepreneurs, largely due to the discovery of oil in the area. In 1921, a white newspaper reported that a young black male had tried to rape a white woman in an elevator. One newspaper petitioned that the adolescent should be hanged, and many whites and Klansmen followed suit. This news spread to the black community, which took up arms to prevent the lynching of the young man.

Soon, an all-out riot began. African Americans opened fire on the whites, who retaliated by killing innocent black men and women. Black survivors claimed that bombs were dropped on their homes, that police officers joined the mob, and that machine guns were fired. Approximately 20 whites were killed, and African American casualties rose to 300. Sadly, all of their insurance claims were denied. 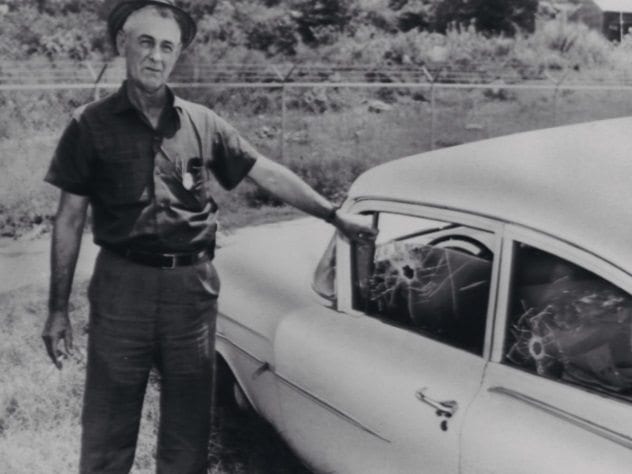 Lemuel Penn was a US Army Reserve officer who was employed as an assistant superintendent. On July 11, 1964, he and two friends were heading home to Washington, DC, from two weeks of training at Fort Benning in Georgia. The Civil Rights Act of 1964 had recently been passed, and many whites and Klansmen were on edge. Penn knew this, so he instructed the driver to take a more secluded path home. At 4:00 AM near Athens, Georgia, a car full of bitter KKK members confirmed his fears.

The men opened fire at Penn’s Chevy, and Penn was hit by two shotgun blasts. The KKK car sped away, and Penn died instantly. Surprisingly, two men were arrested very quickly by police, but they were acquitted by an all-white, all-male jury. Subsequently, another trial was convened, and the two shooters were placed behind bars—but only for a short period of time. Judge Edward Aaron didn’t die; he did suffer, unfortunately. (Note that Judge was his first name, not his title.) On Labor Day 1957, seven Klansmen abducted Aaron after stalking him for a long period of time. They beat Aaron with an iron bar and castrated him with a razor. They then proceeded to throw him in the trunk of a car and took him to a creek, where they left him to die. Aaron nearly died from blood loss but was soon found by police, and he miraculously recovered.

Six of the men were convicted for their crimes. Two of them received five-year sentences because they presented evidence to convict four others, who were given 20-year sentences. Their sentences were later commuted by George Wallace, the former governor of Alabama. The final Klansman escaped justice entirely.

My name is Brandon Lee, and I am a writer and small business owner. I love to watch anime, play basketball, and read on my spare time. I am the founder and CEO of a video game development studio named Vulgaris Studios.