Some of us have a horrible fear of getting into an elevator. What if it crashes or gets stuck between floors? We cling to the railing inside the small box while the other people inside seem oblivious to the dangers around them.

We can’t talk about the fear of being inside an elevator because there are always those people who will scoff at the notion. “Nothing bad can happen,” they say. But history shows us otherwise. Elevators can come crashing down. Cables do break. People get smooshed between floors. Accidents do happen.

10 Crushed To Death In Marshall Field’s 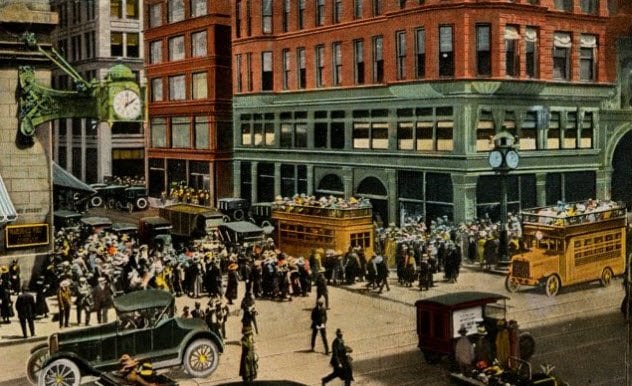 Marshall Field’s was a huge department store that began in 1852 in Chicago, Illinois. The store catered to the upscale market, so when an elevator accident happened in 1917, Marshall Field’s acted quickly to cover up the story. The hush-hush plan was unsuccessful, and the story hit the afternoon papers.

Four men were cleaning out the elevator pits in the basement. The elevators were supposed to remain on the first floor while the work was being done. But someone yelled, “All out of the pits.” Immediately, one of the elevators began to descend into the basement.

Three of the men were able to leap out of the pit in time, but one man didn’t make it. The elevator knocked him down and crushed his skull. 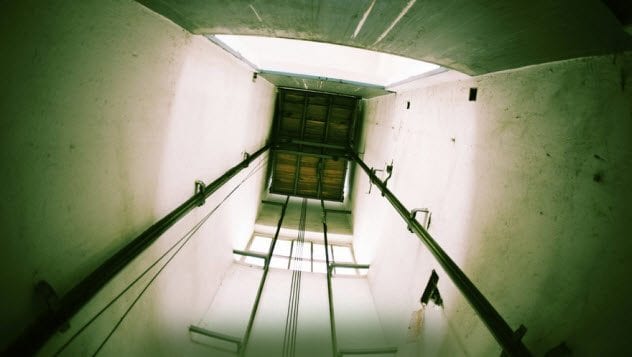 At another department store in 1902, a group of women shoppers were injured in an elevator accident. Fifteen women piled into the R.H. Macy and Company’s elevator. They were on the fifth floor when the cable broke.

People waiting outside the elevator gates on the lower floors heard the women screaming inside the elevator as it sped downward. When it crashed into the cellar floor, everyone went silent, holding their breath to hear if anyone was still alive.

Then the groans and cries started up from within. Many of the women were seriously injured, but miraculously, no one died in the fall. 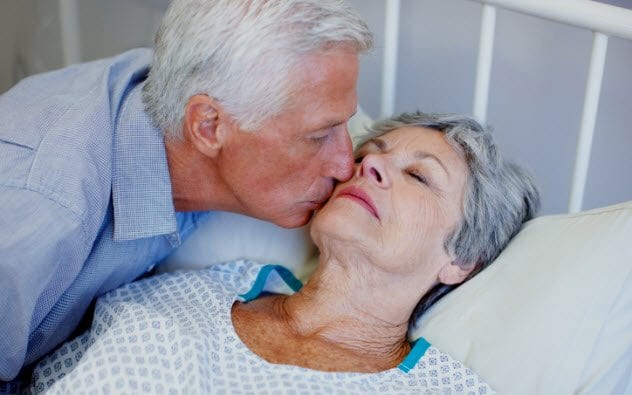 Although department stores loved to wow their customers with elevators, customers were certainly courting danger each time they entered a boxed cage.

In 1912, 40 people crowded into the freight elevator in the Siegel, Cooper & Co. department store. It was too much weight for the elevator, and the cable gave way. The overfilled elevator flew down four stories and inevitably crashed into the pit. Fortunately, only a dozen people were injured by the fall.

Like Marshall Field’s, Siegel, Cooper & Co. did their best to cover up the accident and kept it from being reported in all but one local newspaper. The company did nothing to help or compensate the victims of the fall, even though one woman was seriously injured and bedridden indefinitely. 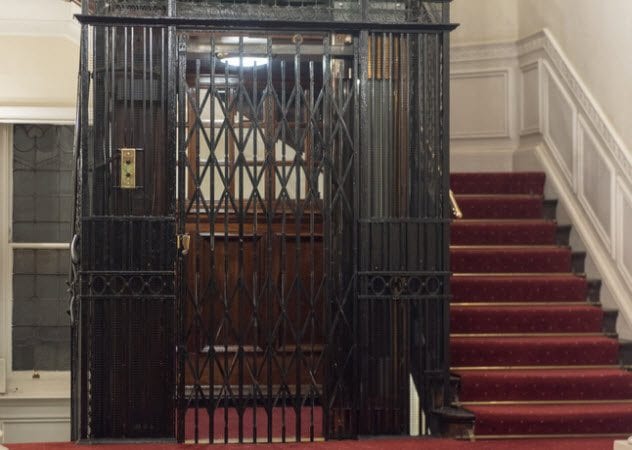 After a long day at work, all anyone wants to do is get home and relax. In 1888, at the Bancroft Building in San Francisco, the workday was over and people rushed out of the offices and straight into the elevators. Ten workers entered the elevator that was designed to hold only eight people.

For the first few feet, the elevator descended as it should. Then a loud snap was heard as the cable broke. The elevator cage whizzed down the next five stories, broke through the light flooring on the first floor, and crashed into the basement.

The people in the elevator were a bloody mess. The elevator boy’s back was broken. Another man had broken his ribs and fractured a thigh. His lungs began to hemorrhage, and he did not survive. The others were injured with broken bones and gashes.

6 At The Flour Mill 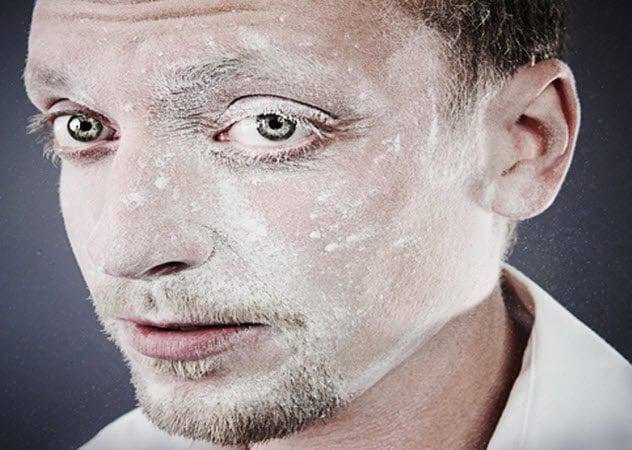 At a flour mill in San Francisco, an elevator gave way in 1902. Five workers got on the freight elevator at the Del Monte mill. They entered on the basement floor and were bringing a load of flour up to the third floor. After the elevator reached 9 meters (30 ft), the cable broke and the men went crashing down.

People rushed to the scene of the crash, where it looked like all the men were dead at first. But after the initial shock of the fall, the men began to show life and they were immediately taken to the hospital. 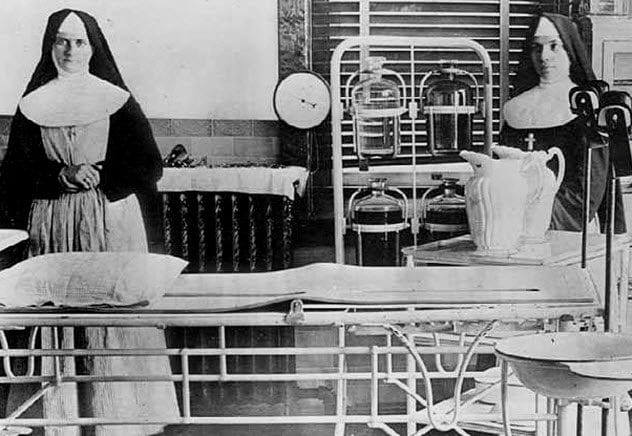 In 1917, there were few mandatory safety precautions in place for the men who built large buildings. At a Bridgeman-Russell plant that was being built in Minnesota, the construction workers had to use a temporary elevator to transport themselves and building materials to the different floors.

On the ground floor, three men loaded the elevator with material and hopped on themselves. The elevator was traveling toward the top floors when the cable suddenly broke. The men, along with all the building material, crashed to the ground.

All three men suffered serious injuries. One man’s ankles broke. Another had broken ribs. They were all taken to the hospital for treatment. 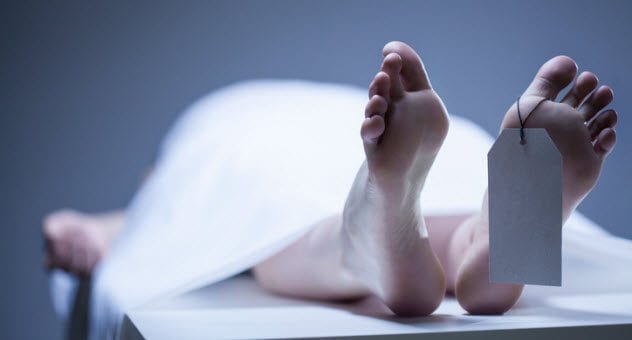 It was 1909, and an addition was being built onto the Moline hospital in Illinois. Two men got onto the elevator. They had two large slabs of stone with them, but it was far too heavy for the elevator’s engine. The engine gave way, and the elevator crashed to the ground floor.

One man was crushed by the heavy stones. He suffered a neck injury, and “the ribs on the right side were separated.” He did not survive. The other man’s injuries were not listed, but he was said to be in serious condition. 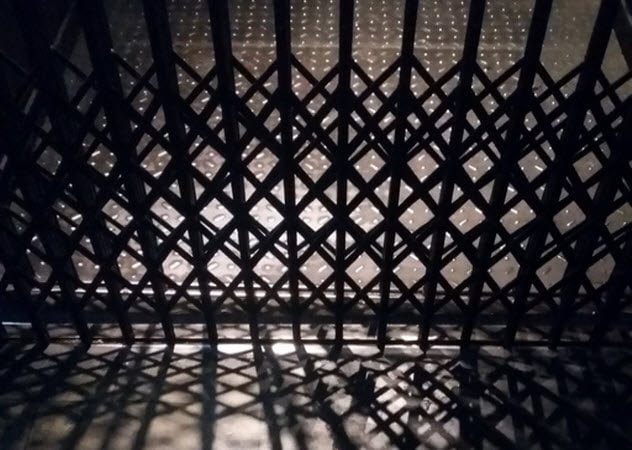 This has to be one of the most awful ways to die. In 1906, a nurse got on the elevator in the nurses’ home and the elevator worker closed the gate. As the elevator started to move, there was a sudden tearing sound.

The worker pulled on the rope to try to stop the elevator before the cable gave way, but there was an electrical malfunction. The cage of death shot upward and crashed into the framework at the top.

The elevator appeared to be stopped or stuck, and the worker managed to escape the cage by crawling over the top. Another woman came forward to help. Together, the worker and the woman tried to help the nurse through the gate’s bars.

As bad luck would have it, the cable fully snapped in two and the elevator went crashing down with the nurse “wedged between the framework of the car and the shaft.” She was found dead at the bottom.

2 Head And Chest Were Crushed 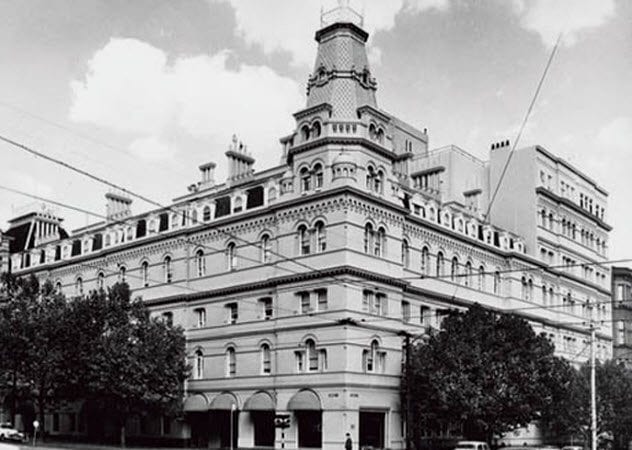 By 1947, you would think that people would have been more careful in elevators, but that was not the case. At the Menzies Hotel in Melbourne, two men and two women got on the service elevator from the basement floor. As the elevator went toward the upper floors, one of the men tried to get the elevator to stop on his floor. The elevator, however, was not working correctly, and it overshot the floor.

Buttons were pushed, but the elevator was no longer responding. In a panic, the men smashed open the door’s wooden panel. Both of the men got out. They also successfully helped the first woman out of the elevator.

But as they were helping the final woman through the opening, someone on the floor above pressed the elevator button. The woman’s “head and chest were crushed between the floor of the lift and the wall of the lift well.” Needless to say, the woman did not survive. 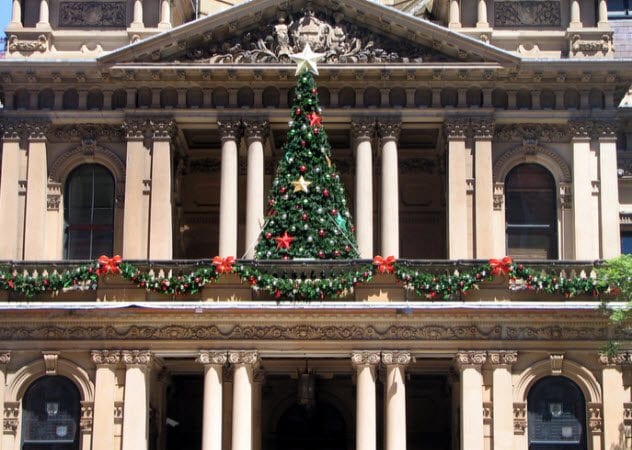 We have all experienced the rush to return to work after a lunch break. Mrs. Grace Sawtell was no different. It was 1954, and she worked at the Euston Hotel in Sydney. She was just coming back from her break and took the elevator, but the elevator got stuck between the first and second floors.

Mrs. Sawtell, the only person in the elevator, must have shouted and banged on the door because two men came to her assistance. They managed to open the elevator doors. However, as she climbed out through the opening, the elevator suddenly dropped and she was crushed. It was Christmas Eve.