Throughout the Middle Ages and during the periods of the Renaissance and the Enlightenment, occultists persisted in their pursuits of the mystical and the metaphysical. Even today, individuals, including several who are famous, continue to engage in these customs. A few are well known for the contributions they’ve made to the strange practices they’ve adopted. 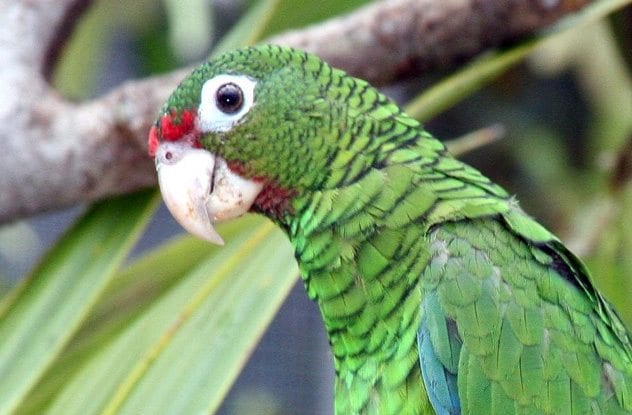 More than anything, Apsethus the Libyan wanted to be a god. To this end, he filled cages with captured parrots, teaching them to repeat only one sentence: “Apsethus is a god.” He released the parrots, and they advertised his divine status. Some, hearing the parrots’ cries, interpreted their declarations as the gods’ own proclamation, and they began to worship Apsethus, making sacrifices in his name, just as he’d always wanted.

However, a skeptical Greek discerned Apsethus’s trick and taught the parrots to proclaim, “Apsethus, having caged us, compelled us to say, Apsethus is a god.” The Libyans did not take kindly to being fooled, and they banded together, burning the man who would be a god. 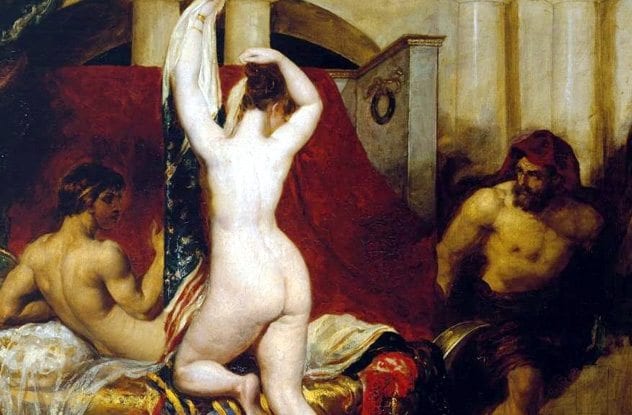 After King Midas was overthrown by the Cimmerians, he committed suicide, and regional leaders created their own kingdoms. One of these leaders was Gyges, who founded and ruled Lydia. Although the Greek historian Herodotus of Halicarnassus wrote of Gyges, and Plato invented a tale concerning Gyges owning a ring of invisibility, little is known for certain about him.

It is known, however, that Gyges was an occultist who believed in divination and appealed to the oracle of Delphi for guidance concerning the future, presenting the prophet with gifts of silver and gold. The oracle, in return, advised the mainland Greeks to support their countrymen in Asia, and, as a result, Gyges was able to improve the city of Sardes, make a treaty with Egypt, and withstand an attack by the Cimmerians, who’d earlier destroyed Phrygia. Several Bible scholars identify Gyges as Gog, the ruler of Magog, mentioned in both Ezekiel and the Book of Revelation. 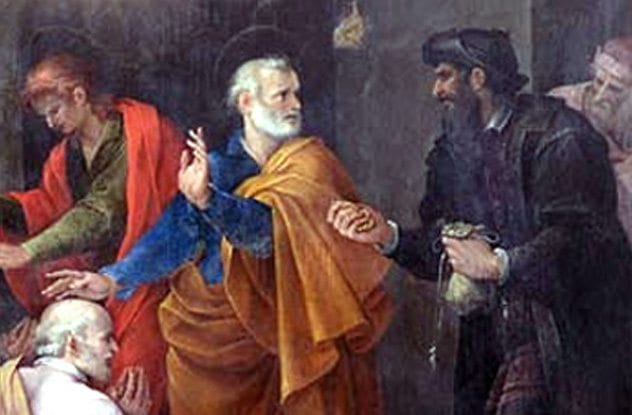 Simon, a sorcerer, was rebuffed by the apostle Paul when he sought to purchase the power of the Holy Spirit (Acts 8). The church fathers, thereafter, condemned Simon, Irenaeus labeling him the “father of all heresies,” and charged him with founding Gnosticism.

According to his letter to Emperor Titus Aelius Hadrainus Antonius, Justin identifies Simon as a Samaritan who resided in Gitta during the reign of Emperor Claudius Caesar. “Through the arts of the demons,” Justin adds, Simon worked “mighty works of magic . . . In Rome,” as a result of which the title “Magus” (sorcerer) was added to Simon’s name. Consorting with a prostitute named Helena and a disciple named Menander, Simon “persuaded his followers” he was immortal. 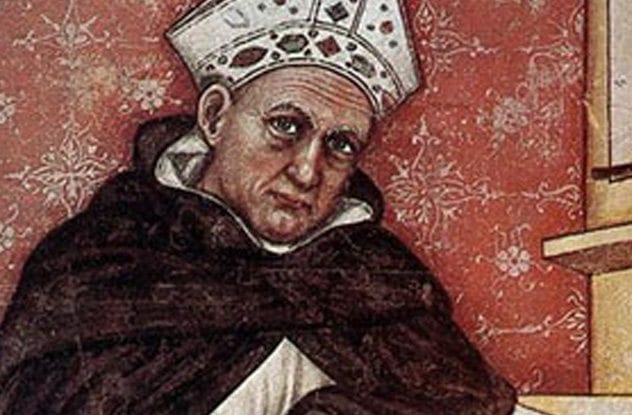 Born Albert de Groot, Albertus adopted the Latin version of de Groot as his last name and was known thereafter as Albertus Magnus. As an alchemist, he made his mark on the esoteric tradition, being “the first” to produce “arsenic in free form” and the first to discover “the chemical composition of cinnibar, minium, and whitelead; and the preparation of caustic potassium.” He was convinced “base metals” such as lead could be transmuted into gold, and he wrote several influential books on the “science.”

Supposedly, he also owned a philosopher’s stone, which he left to Aquinas when he died, and was able to work magic, making the snow melt on a winter’s day, so flowers could bloom, birds could sing, and he and his dinner guests could dine outdoors in comfort. 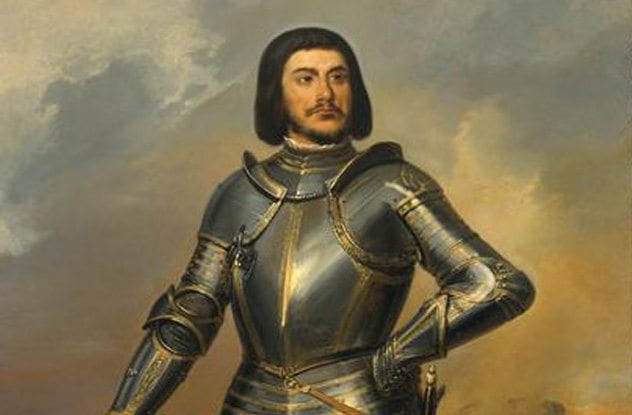 The knight Gilles de Rais not only rode with Joan of Arc, but he also murdered several children. Following his retirement, he exhausted his wealth by staging a “theatrical spectacle” he’d written and became an occultist.

Later, after a dispute with a clergyman ended in violence on his part, he was investigated by the church, and his murder of hundreds of children was discovered. His victims’ parents and his henchmen testified against him at his trial, and he was hanged on October 26, 1440. Some scholars believe he may have inspired Charles Perrault’s fairy tale concerning Bluebeard. 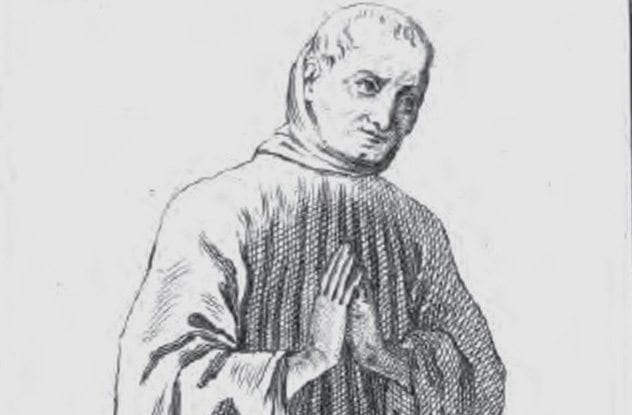 For Nicolas Flamel, alchemy was not merely a search for a method of turning base metals into gold but also a quest for eternal truth and the wisdom it would impart. The philosopher’s stone would bring such knowledge, he believed, if only it could be found. Its whereabouts were revealed to the bookseller in a dream about a book. Later, a man offered to sell him the same book he’d seen in his vision, and Flamel bought it at once, without haggling over its price.

Supposedly, just as the angel had predicted, Flamel discovered the process of transmuting base metals into gold and became wealthy, using his riches to help others in need. In the process, he was also transmuting his passions into immutable spirit, some say. After coming into the possession of Cardinal de Richelieu, Flamel’s mysterious book was lost, although the diagrams it contained may have survived. 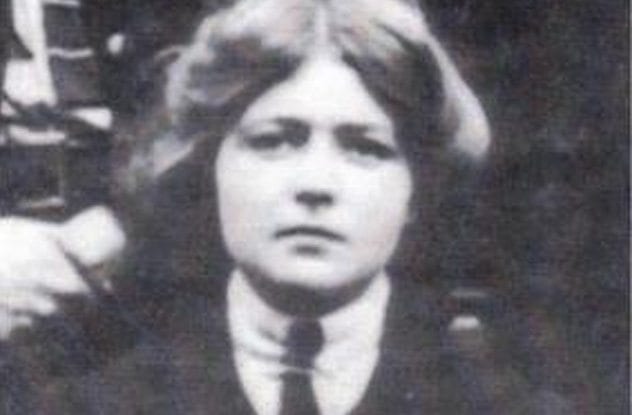 A member of the Hermetic Order of the Golden Dawn, Dion Fortune was a founder of the Fraternity of the Inner Light and an avid and eclectic practitioner of many esoteric and occult traditions. A medium since her adolescence, she claimed to channel the spirits of Socrates and Merlin and to have visions of the lost continent of Atlantis.

Believing the legends of King Arthur had a factual basis, she frequently wrote of this topic and often retreated to Glastonbury, in Somerset, where she believed King Arthur had held court. She later came to believe that the Bible was allegorical and that Jesus, a prophet, ranked among Orpheus, Mithra, and Melchizedek.

Fortune remained an influential occultist until she suffered a “nervous breakdown” as the result, she said, of “psychic attacks,” after which she studied Sigmund Freud and Carl Jung, preferring the latter’s to the former’s work. 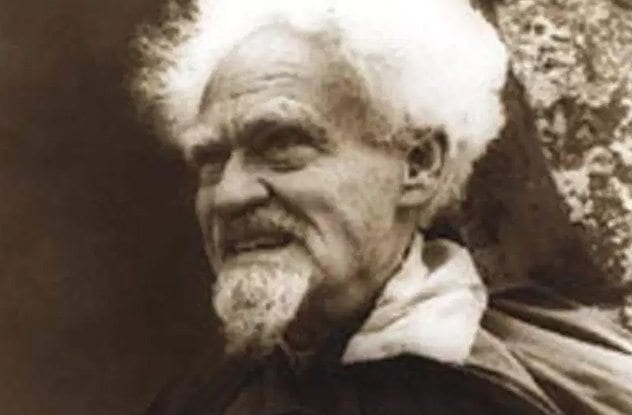 One of the founders of Wicca and neopaganism, Gerald Gardner identified as a modern-day witch. A nudist, an amateur anthropologist who studied weaponry and magic, a folklorist, a dramatist of sorts, an author, and a friend of occultist Aleister Crowley, Gardner studied and practiced many occult and esoteric traditions.

The media of his day dubbed him “Britain’s Chief Witch,” and he popularized Wicca and neopaganism, especially targeting young men and women. A publicity hound, he was criticized by witches who believed he shared too many secrets of the craft, and his behavior led to schisms in his coven, New Forest. 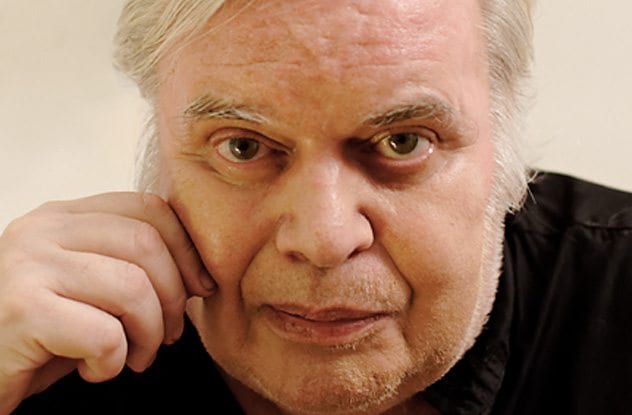 Famous for his surreal biomechanical paintings, illustrations, sculptures, and furniture designs, Swiss artist H. R. Giger, who designed the xenomorph monster of the Aliens film franchise and the extraterrestrial antagonist of the Species movie series, was generally less known for his occultism.

A student of Tarot cards, he painted cards for the Baphomet deck. According to Jess Karlin, who interviewed him, he “studied the works and ideas of Eliphas Levi, whose paradigm of occultism was based on Tarot symbolism and its key, allegedly unlocking and illustrating Qabalistic principles.” In addition, Giger studied the works of Aleister Crowley, particularly his paintings and drawings, which Giger found “fascinating,” but not influential in his own work. Instead, his paintings were influenced more by the Tarot cards. 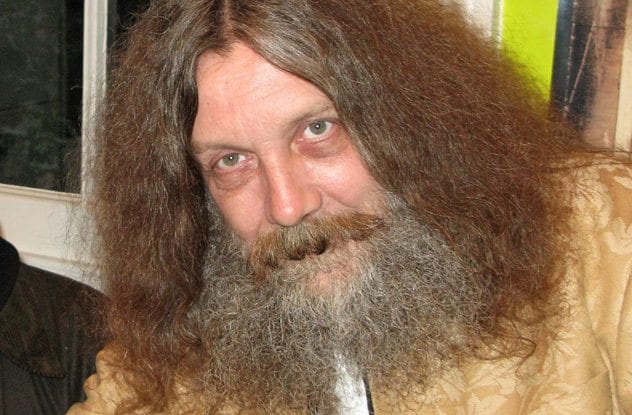 The author of such comic books as V for Vendetta, Watchmen, and From Hell, Alan Moore is no stranger to the occult, although he admits, he is “not a religious, spiritual, supernaturally, mystically minded person at all.” It is his familiarity with esoteric and occult subjects and their effect on his work, his biographer Lance Parkins suggests, which makes Moore an occultist. Such traditions underpin much of Moore’s work, Parkins says, some of which is “explicitly about the occult and having visions and performing magic.”

Parkins says that Moore considers the human imagination to be “alive” and “inhabited” by gods and to include the realities of “Metropolis and Superman” as well as Birmingham, Alabama. For his part, Parkins believes Moore’s mystical experiences are closer to the epiphanies and revelations that “the Christian mystics had.”