The oldest parts of Earth testify to a living world that has been moving and taking shape for eons. Whenever another is discovered, they bring with them new surprises, often confirm theories, or confuse scientists completely. But even the ones that are just the most ancient of their kind and not much else can invoke awe because of their sheer age. 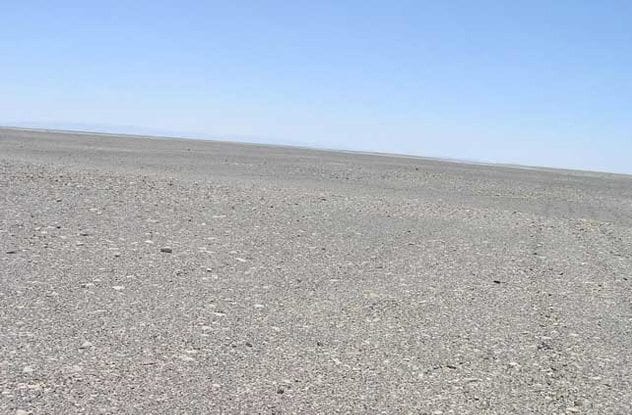 In Israel, an expanse of desert looks the same way it did almost two million years ago. This desert pavement confirmed scientific suspicions that should an area remain dry and extremely flat, and suffer little to no weather or geological activity, then its entire face can stay preserved for millions of years.

This incredible—and touchable—piece of antiquity is not the oldest geological wonder, but it can win the prize for being one of the most mesmerizing. A person can just stand there and stare forever (although, considering it’s in a hot desert, that is probably not a healthy move). When it comes to age, this vast gritty stretch far outstrips other desert pavements. Next in line and about four times younger is a similar patch in Nevada. 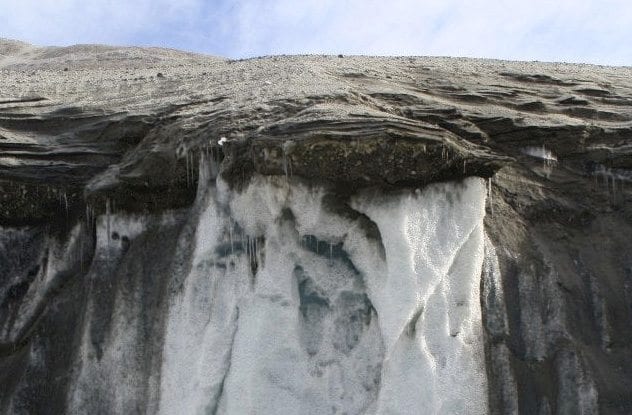 At first glance, the Dry Valleys of Antarctica appear to be ice-free. Their eerie Martian landscapes are scattered with barren rocks and a blanket of dust. But underneath all that otherworldliness sleeps a part of the continent that had been permanently frozen for about 15 million years.

The oldest ice on the planet is at the center of a mystery. For a long time, the Valleys remained stable and unchanged, but in recent years, they started to thaw. For reasons not quite clear, Garwood Valley is receiving unusually hot weather. One of its glaciers, an Ice Age relic at least 7,000 years old, has already lost massive amounts of ice, and it shows no signs of stopping. Researchers still struggle to pinpoint exactly why more sunlight is now reaching Garwood Valley. 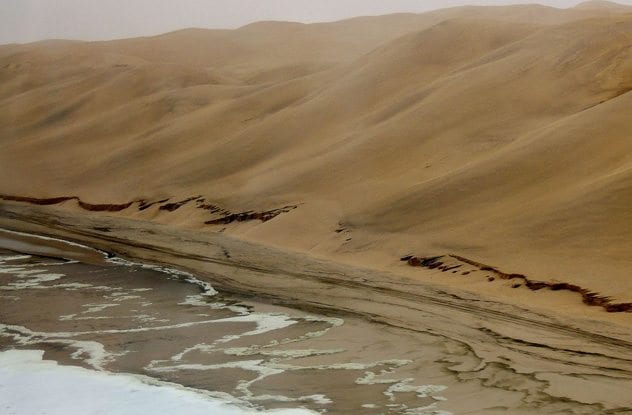 The Namib desert in Africa is officially the world’s oldest heap of sand. Its walking dunes are home to mysterious fairy circles and another oldie, the Welwitschia plant, some of which are 2,500 years old. The desert completely lacks surface water and has been dry for 55 million years. However, its origins reach back to the continental split of West Gondwana that happened up to 145 million years ago.

The long-standing hostile environment forced unique animals to evolve. To avoid water loss, the Gemsbok stops sweating despite the heat. Specialized blood vessels allow the antelope to live in temperatures that will cause brain damage in other species. The desert’s sun-lazy menagerie holds mostly reptiles and rodents, but the rich collection of beetles is what the Namib is famous for. It also contains the world’s highest sand dunes. 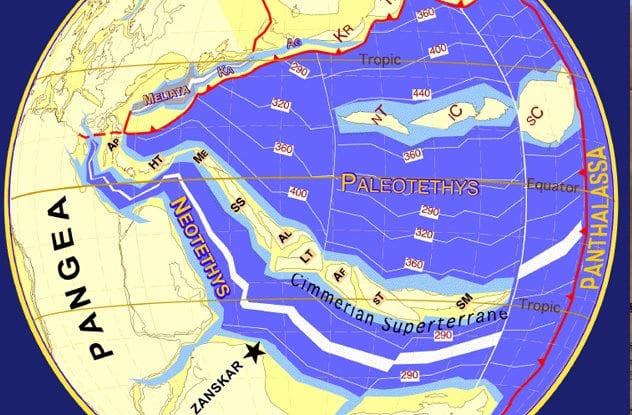 The Indian and Atlantic Oceans weren’t the first. A primeval ocean called Tethys once covered the Mediterranean—and incredibly, a possible remnant has been found.

Very seldom can seafloor crust can be dated above 200 million years because the Earth constantly reforms, consumes, and pushes up new surfaces. A portion in the Mediterranean Sea escaped the normal geological recycling and, when scanned, pinged back its record-breaking age. The ocean floor can magnetically record its own growth rate by absorbing the shifts in the planet’s magnetic field. When researchers examined eastern Mediterranean time stamps, rocks in the Herodotus Basin matched magnetic alignments of 340 million years ago. If this is indeed a piece of Tethys, it’s the first evidence that the ancient sea existed earlier than first thought. 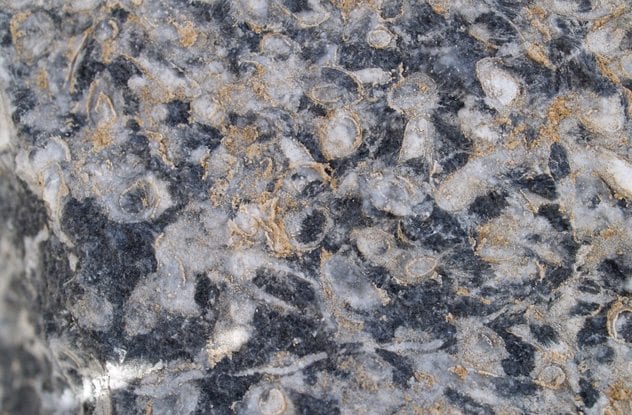 The oldest reef is not just a coral twig or two. It is a massive network spanning 7 kilometers (4.3 mi)—and it is in Africa. The first creatures to have skeletons, Cloudina, are the suspected master builders behind this natural wonder in Namibia. The rod-resembling animals produced their own cement from calcium carbonate, just like modern corals, and used it to adhere to each other.

While little is known about them, it’s likely the critters clustered together for safety reasons—Cloudina fossils from China bear the damage of what appears to be an acid attack from a predator. Living in stationary stacks also meant that currents brought nutrients to the filter feeders. In an increasingly competitive environment for food and space, this allowed them a distinct advantage. 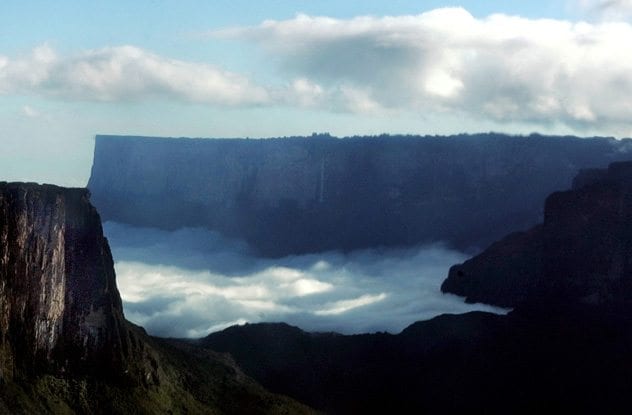 Three countries border this rock. Hugged by Guyana and Brazil, the majority of this mammoth mountain falls in Venezuelan territory. The haunting view offered by its vast flat summit is a major tourist attraction, and when rainfall gets heavy, water flows off the plateau. The result is story-book beautiful; waterfalls are born out of nowhere. The sight of it so inspired Sir Arthur Conan Doyle that he wrote his famous classic The Lost World.

First brought to the West’s attention in 1596 by Sir Walter Raleigh while traveling Guyana in search of the mythical city of El Dorado, Mount Roraima is listed among the most ancient formations in the world. 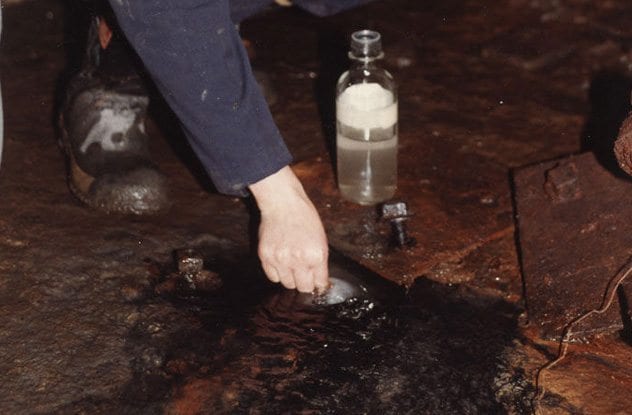 Two miles down a Canadian mine sits what used to be a prehistoric ocean floor. There, scientists tested a water pocket and were shocked when it proved to be the oldest H2O still on the planet. It even predates the development of multicellular life .

It’s not uncommon for water to flow into cracks and get trapped there for a long time. However, the researchers who pulled the Canadian sample were expecting a normal age range of millions, not billions. An exciting factor is that ancient water is usually packed with the chemicals needed to support life. Indeed, microbes were discovered bobbing happily in a South African water pocket millions of years old. Should the oldest water have microbial residents too (it’s still being tested), the science community is hopeful that life can also be found in similar conditions on Mars. 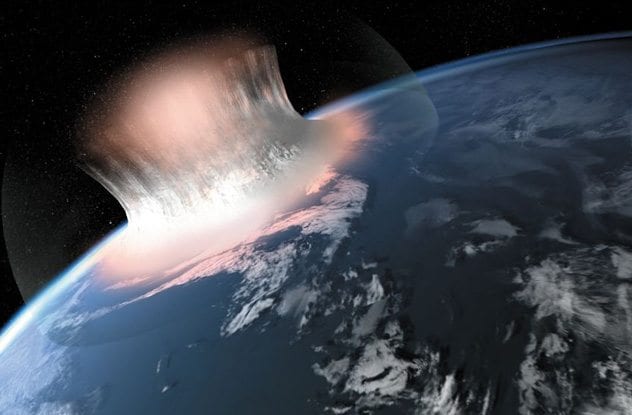 A killer meteorite might’ve gauged a sizable chunk out of Greenland. If proven as such, it will kick aside the current champion, the 2 billion-year-old Vredefort crater in South Africa. Originally measuring up to 500 kilometers (300 mi) across, it will also own the record as the biggest slammer.

The evidence of an impact is strong. Within the boundary of the collision, rocks are shattered, and K-feltspar was found. Since the mineral was melted, it points to a searing heat event such as a meteorite strike. There is also ample proof that sea water rushed into the fresh crater, got boiled, and altered the chemistry of the surroundings. Should a similar whopper hit Earth today, the human race would face an extinction event. 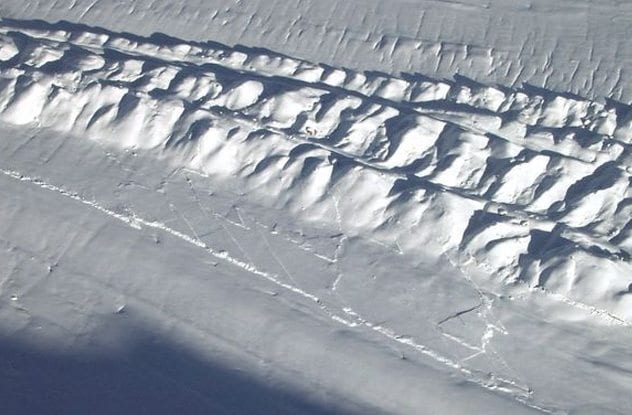 The Earth’s outer layer consists of several plates locking together like puzzle pieces. Their movements shape the world and are known as plate tectonics. Greenland earns a second mention on this list as its southwestern coast holds something historic.

Previous research tagged the earliest date for this phenomenon as 2.5 billion years ago. But a scientific team scouting for primordial signs of life among pillow lavas stumbled upon something that pushed the number back by a near cool billion. They determined that the pillow lavas and basalt sheets inside them were born when an early seafloor expanded like a growing circle. These remarkably preserved rocks represent the earliest physical evidence of the Earth shaping itself. 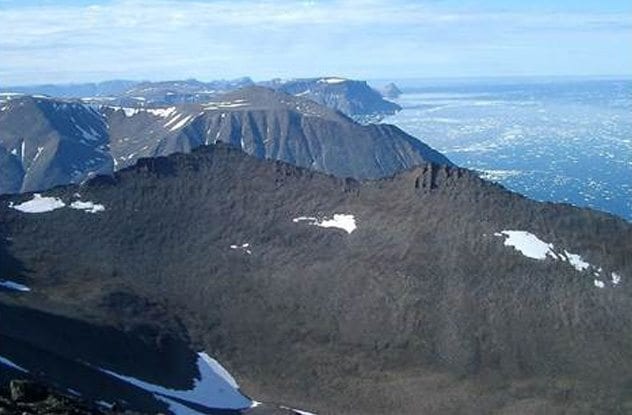 Scientists believe they have a piece of the original Earth. Baffin Island in the Canadian Arctic has volcanic rocks that, incredibly, formed even before the world created its own crust. As time went by, they managed to avoid the geological recycling process which was especially violent in the beginning. This discovery might finally reveal what occurred within the globe as it was gearing up to become more solid on the outside.

A never before seen trio was also detected in the Baffin Island material—lead, neodymium, and the highly rare helium-3. There is a reason why this mix is causing great excitement in the scientific community. Together, it is the long-missing fingerprint of the stuff all continents, mountains, and surfaces originally sprang from.

10 Ways Space Is Unveiling The Mysteries Of Our World