History isn’t always kind to the sisters in the shadows. Traditionally, their opportunities were less, even though many were equal to or more brilliant than their famous siblings. They were the muses who inspired and the heroes who walked away for all the wrong reasons when fame came. Sometimes, their lives were tragic. 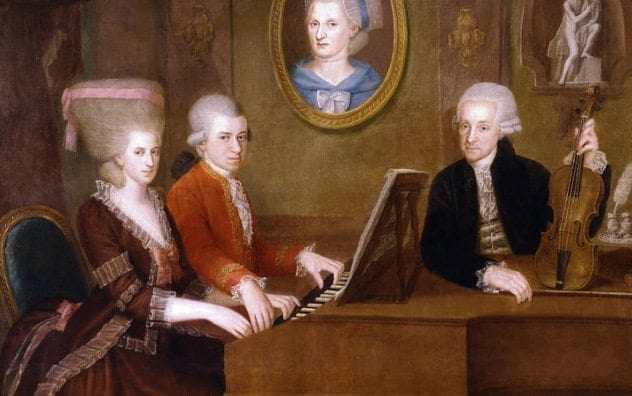 Maria Anna Mozart (left above) was a musical genius. A child prodigy before her brother, Wolfgang Amadeus (center above), she dropped jaws all over Europe. At only 12, she fluently performed difficult piano pieces. She might even have been the root of Wolfgang’s remarkable legacy: Maria was trained only by her father, Leopold (right above), a court musician, but both Maria and Leopold guided Amadeus from age five onward. Amadeus received top-class training and toured for years, playing with Maria in front of thousands.

When Maria turned 18, Leopold terminated her musical career because it wasn’t acceptable for women to tour as musicians. Amadeus never lost admiration for his gifted sibling, though. In 1770, he wrote to Maria, praising one of her compositions, which he called “beautiful.” Unfortunately, the world will never hear the piece that so impressed Amadeus Mozart; it has been lost. 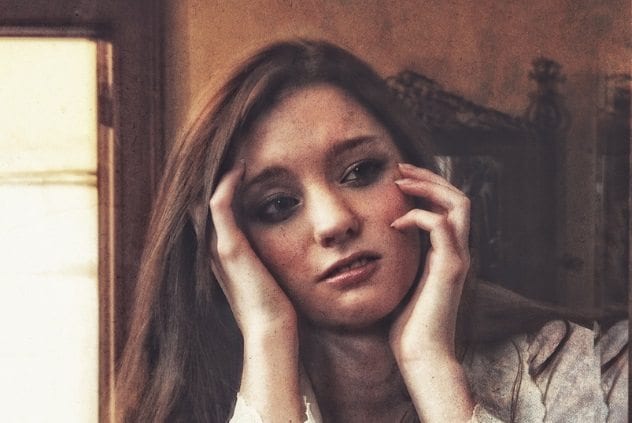 Many aspects of Edgar Allan Poe’s life were weird, but the life of his sister, Rosalie, two years his junior, was tragic. From a young age, their nursemaid pacified them both with gin and opium. The two lost their parents early on. Rosalie was adopted by Mrs. Mackenzie, who had helped the poverty-stricken Poe family. Edgar was adopted by the Allan family.

Rosalie’s mental and physical development didn’t progress beyond a certain level, possibly from the alcohol and drugs she was fed as a child. She suffered from melancholy and weakness. Even worse, her brother had no time for her. After her adoptive mother died and war left the rest of the Mackenzies destitute, Rosalie was forced to live on the streets. By this time, Edgar had already died. Eventually completely broken, Rosalie died in a charity home. 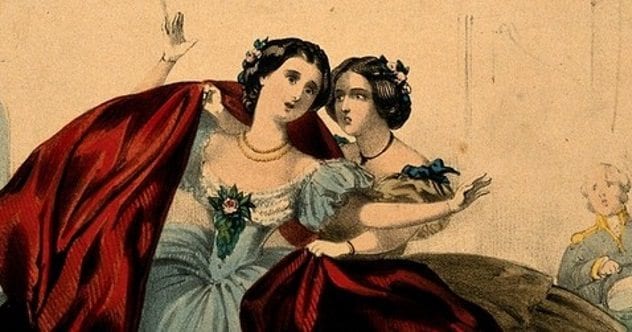 Emily and Mary were Oscar Wilde’s half-sisters. Whether he knew about their existence or not remains unknown. They were the illegitimate offspring of Oscar’s father, an esteemed surgeon who went through great pains to keep the girls out of sight—even when they died.

In 1871, when Emily was 24 and Mary 22, he sent them to live with a relative in Monaghan, Ireland. A welcome ball was held in their honor. During a waltz, Emily’s dress caught fire near the fireplace, and while trying to put the flames out, Mary’s clothing also ignited. Suffering full-body burns, Mary perished within days, but Emily languished for three weeks before the end came. Due to the influence of their father, their deaths received minimal newspaper coverage, only a small obituary with changed names. 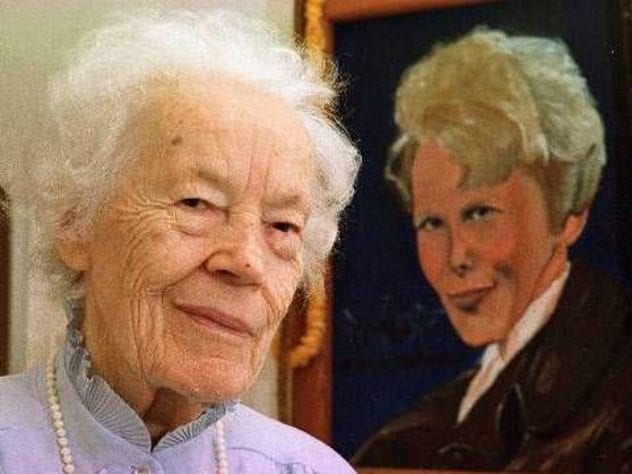 Photo via Amelia Earhart: The Truth at Last

Amelia Earhart’s sister was an activist, author, and award winner. Amelia might have gotten the media coverage and the immortality due to her famous disappearance, but Muriel made waves in different places.

For most of her life, Muriel lived in Medford, Massachusetts, where she taught high school English. Very active in her community, Muriel helped others, taught, and sat on several committees and organizations. She was Medford’s “Citizen of the Year” in 1979, and award-winning poetry flowed from her pen. Muriel also wrote educational articles, her husband’s biography, and (unsurprisingly) the story of Amelia Earhart. She lived to be 98 and died in her sleep in 1998. 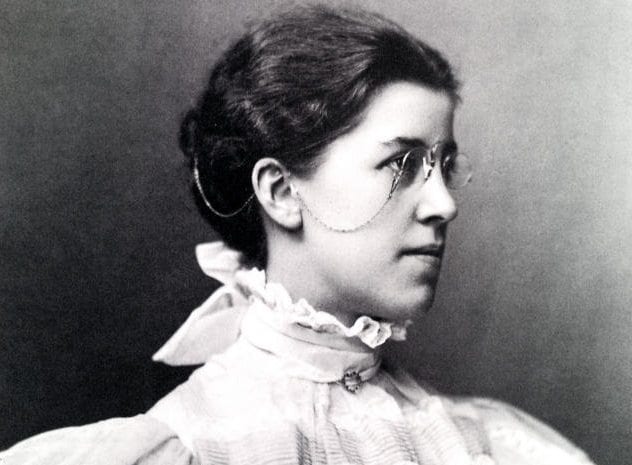 The Wright brothers not only had a sister, but she flew with them. Born in 1874, Katharine became the only Wright sibling to hold a college degree. While working as a teacher, she also handled her brothers’ business affairs and managed to charm investors with her trademark shyness. She encouraged Orville and Wilbur in their flight experiments, kept the press on track (staving off many rumors), dealt with sponsors, warded off the weirdos, and supplied information to scientific requests.

When Orville crashed during one of his flights, killing his passenger and injuring himself grievously, she nursed him back to health. France awarded the Wrights the Legion of Honor, and Katharine remains one of the few US women to hold this award. In her fifties, she married an old friend, but three years later in 1929, an aggressive case of pneumonia claimed her life. 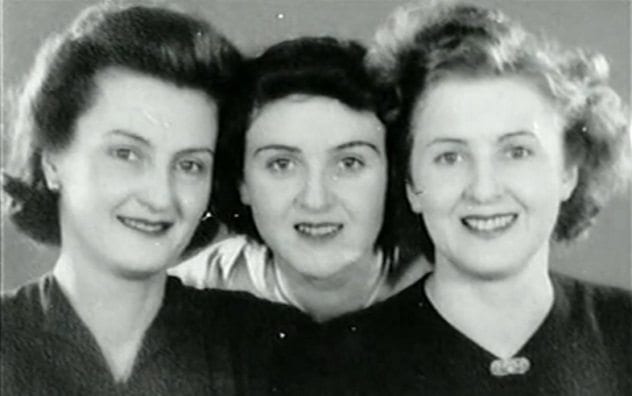 Ilse Braun (left above) was a receptionist for a Jewish doctor when her sister, Eva, got involved with Hitler. The eldest of three Braun sisters, Ilse was the one who kept away from Nazi ideals. Eventually forced to quit her job for her own safety once the Nuremburg Laws were passed, Ilse resisted Eva’s attempts to get her a job with Hitler’s personal physician. She also didn’t believe Eva’s second suicide attempt was serious, though Hitler fell for it. (Eva drank too few pills to actually overdose.)

It was inevitable that Ilse would meet with the fuhrer. When she did, she was not impressed. She thought Hitler looked better in his propaganda portraits than he did in real life, and she found his hands rather white and feminine. Later, Ilse became a deft journalist for a right-wing newspaper. She passed away in 1979, in Munich, from cancer. 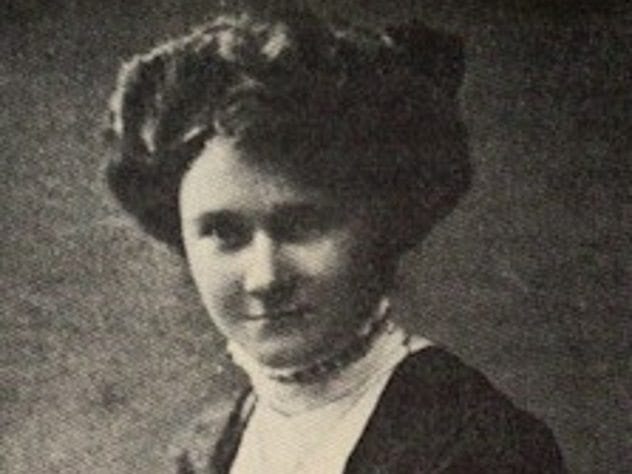 Paula was the only full sibling of Adolf Hitler. As a boy, Hitler was beaten by their father, and in turn, Adolf beat his sister. One of her earliest memories was a teenage Hitler hitting her in the face when she was eight. The Hitler children were seriously dysfunctional; Paula believed being manhandled by her brother was “good for her education.”

Researchers were stunned by a discovery regarding Paula Hitler. Historically seen as the innocent victim of her brother’s madness, newly unearthed Russian interrogation papers revealed that she was engaged to a particularly horrific Nazi: euthanasia doctor Erwin Jekelius, who gassed 4,000 people. Unlike Eva’s sister Ilse, Paula went along with the Nazi movement. The Russians caught her fiance before they could marry, and Paula ended up living under a false name near Berchtesgaden. She died in 1960. 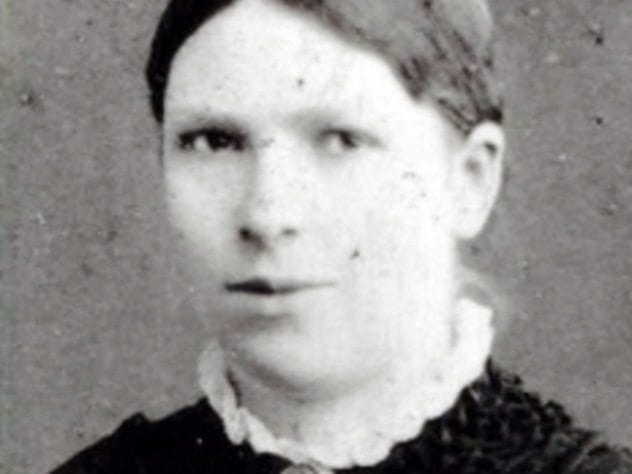 With the spotlight on Vincent van Gogh cutting off his own ear, few are aware that his sister, Wilhelmina, spent decades in a psychiatric institution. Born in 1862, she was the artist’s youngest sister. After her two brothers died when she was in her early thirties, Wilhelmina started working at a hospital. She was also one of the first feminists and helped raise money to open the Dutch national bureau for women’s work.

In terms of historical records, Wilhelmina disappeared until 1902, when she was placed in psychiatric care with a dementia diagnosis at age 40. According to records, she spent another 40 years in the lounge just sitting in her chair and had to be force-fed. What happened during the years between working at the hospital and reappearing in a madhouse, or even if she was truly insane, will probably never be known. 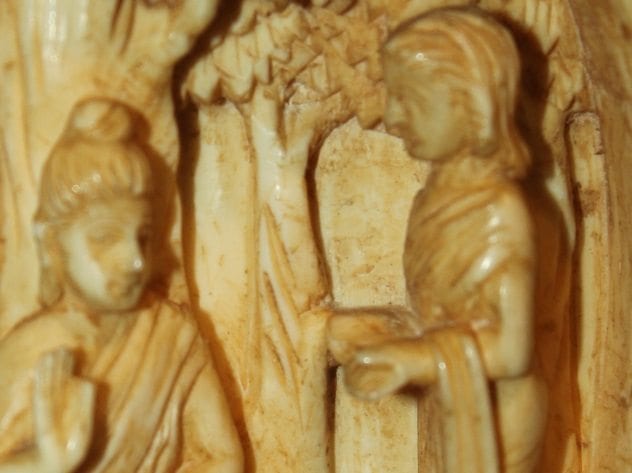 Princess Sundari Nanda was a much-loved figure during her life but is nearly unknown outside Buddhist communities today. This remarkable woman was not only the half-sister of the Buddha, but she also became enlightened.

Inspired by the Buddha, Sundari’s mother became the first nun of the new belief system, and later, Sundari followed her into the order. However, she did so out of family obligation and was more preoccupied with her beauty and popularity than her work as a nun. Noticing this, the Buddha summoned her. He gently instructed her in a difficult lesson: that all youth and beauty fade.

This vision so shook Sundari that she realized the impermanence of everything. Through intense meditation, she broke free from vanity. Her dedication brought her enlightenment, peace, and her brother’s recognition that she was best in the practice of jhana—complete meditative absorption. 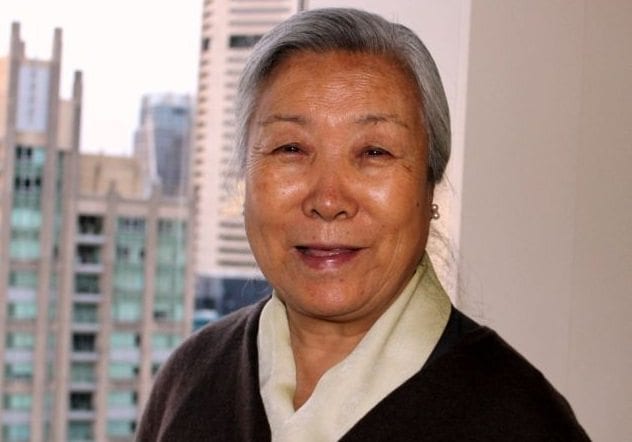 As a child, Jetsun played in the gardens of her brother’s palace. Her brother was, and still is, the 14th Dalai Lama. Before tensions with China exiled her brother to India, Jetsun was sent there to start school. The Catholic environment prevented her from pursuing Buddhism, but she picked up English and French. Hoping to work for her brother, she studied at a secretarial college in London. But then fate threw Jetsun into a role that would comfort many refugees.

Refugee children, smuggled from Tibet to India, landed under Jetsun’s care when her sister fell ill and could no longer manage them. Soon, the Tibetan Children’s Village was founded, the first of many. Throughout the years, Jetsun has provided education and hugs for thousands of children. Fondly nicknamed “The Mother of Tibet,” the 73-year-old is finally starting to study Buddhism.