“Rune” comes from the ancient Norse word for “mystery.” Even after an alphabet was developed out of these enigmatic symbols, they kept their magical properties. Some were warnings—and others, curses. They can be written in any direction and are at the essence of Norse identity, marking the trail of Viking exploration. 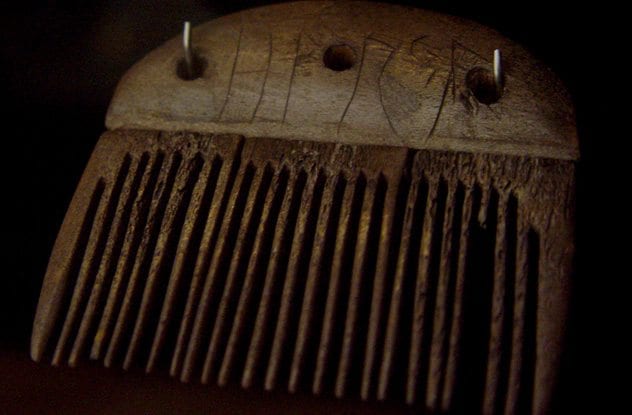 Dating from around AD 160, the Vimose comb contains the oldest known runic inscription in the world. Written in Elder Futhark script, the Proto-Norse message reads: Harja. Experts believe this antler comb discovered on the Danish island of Funen once belonged to a soldier. Scandinavian soldiers wore two belts. The stronger, outside belt held items like knife, fire-making tools, and a purse. It is likely the comb would have been carried in the purse on the outside belt.

Elder Futhark is named for the first six letters of its alphabet. The system was prevalent in northwestern Europe between the second and eighth centuries. Inscriptions in this 24-rune system have been discovered on jewelry, weapons, and runestones. Younger Futhark gradually replaced the older system starting in the sixth century. Knowledge of how to read the elder language was lost until 1865, when Sophus Bugge deciphered the ancient code. 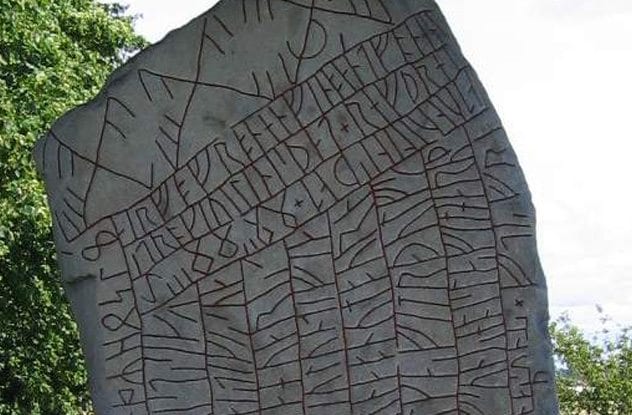 In the 1940s, archaeologists discovered the Rok runestone in Ostergotland, Sweden. Covered in 800 cryptic runes, the stone’s message has long been a mystery. Experts believe the 2.5-meter stone carved from fine-grained granite was erected in the late 800s. Considered an artistic and literary masterpiece, the stone was commissioned by Varin in honor of his deceased son.

For 70 years, most researchers believed the Rok runstone contained a complicated tangle of tales related to heroic feats. However, recent analysis views the inscription as a series of riddles that described the stone itself. Messages on the front discuss how to read the stone. Ones on the back refer to the carving process and the runic alphabet. 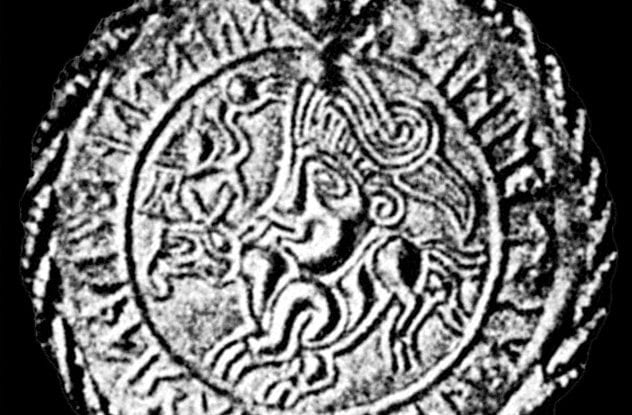 In 1774, treasure hunters unearthed a gold medallion in Vadstena, Sweden. Dated to 500, the Vadstena bracteate contains the oldest and most complete listing of the 24-letter elder Futhark rune alphabet. The first portion of the runic inscription has never been deciphered, but most believe it is a curse or magic spell. Experts link the iconography, which includes a four-legged animal, a man’s head, and a bird figure, with Odin.

Bracteate were gold, disc-shaped pendants specific to early Norse culture. The bracteate was worn as an amulet, which has led to considerable speculation about its function. Most agree it was magic and intended to protect its wearer. According to reports, it came as part of a larger hoard that was almost entirely melted down by a local goldsmith, until a clergyman stopped it. Stolen from the Swedish Museum of Antiquities in 1938, the Vadstena bracteate has never been recovered. 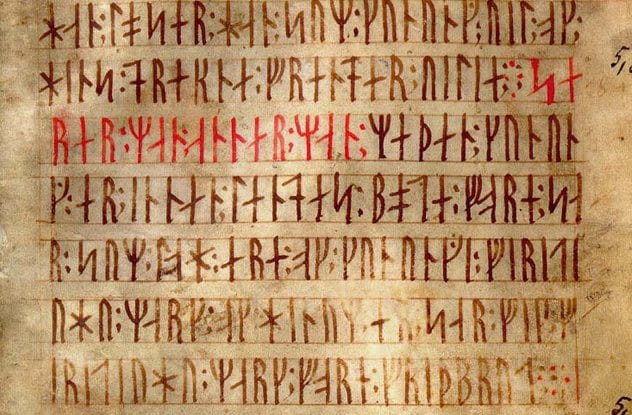 The Codex Runicus is a Danish legal manuscript written in runes. Composed around 1300, the medieval document’s use of traditional Scandinavian script reflects a tension between the West and the region’s indigenous culture. Introduced in the 11th century, Christianity and its Latin script were seen as foreign and potentially threatening ideas. The legal document was supposed to reflect Danish values, so it was written in runes.

The Codex contains “Scanian Law,” referring to the eastern portion of the Danish kingdom, now part of Sweden. The document contains two lines of a ballad, making it the oldest notated Scandinavian secular music. The 202-page manuscript is composed in a 27-letter medieval runic alphabet with one letter for every Latin one. 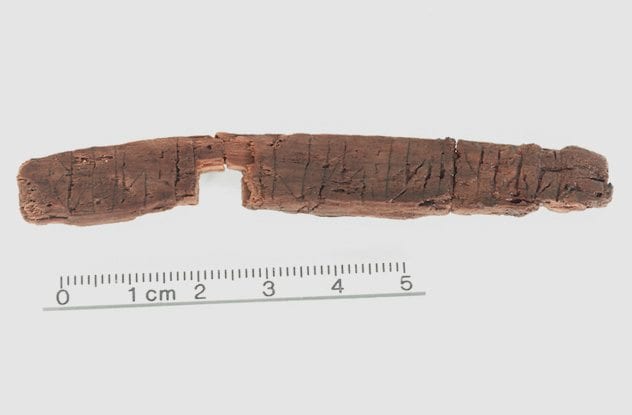 While excavating an ancient Danish fish market, archaeologists unearthed an 800-year-old rune stick. The 3.3-inch piece of wood was once worn as an amulet. Researchers deciphered the 13th-century coded message: “Tomme, his servant.” This refers to the owner’s name, Tomme, and “servant” being “servant of god.” “Good health” is also inscribed. When the stick was uncovered, it was in three pieces, had the consistency of cold butter, and a root had gouged one of the inscriptions.

The stick was found at Sildebodoren, which means “Herring Stalls,” near Odense. In the 11th century, Latin script began to replace runes in Scandivania with the arrival of Christianity. The ancient runes had a distinct advantage as they were easily carved into hard natural materials like wood and rock. The Latin alphabet was incredibly hard to carve and best suited for parchment, a material far beyond the budget of most rural Scandinavians.

5Amulet Of ‘The High One’ 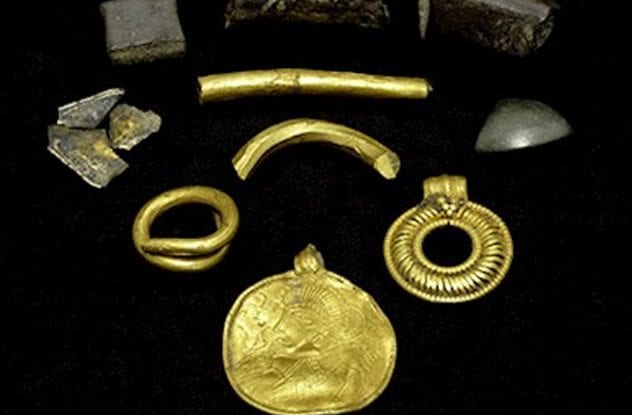 This year, Danish archaeologists discovered a gold amulet bearing an image of Odin. Odin was the Scandinavian god of war and king of Asgard, home of the gods. He was been identified through a runic inscription: “the high one”—one of Odin’s many nicknames. Unearthed on island of Lolland, the talisman is believed to be roughly 1,500 years old.

Since 1902, only two similar amulets have been discovered. It is one of the earliest known depictions of figures from the Norse religion. On the amulet, Odin appears hovering above a horse, alluding to the god as a horse healer. The gold amulet was discovered alongside gold and silver pieces, believed to be sacrificed at the same time. Records indicate 536 BC was a particularly brutal year, with reduced sunlight and a cold climate. These sacrificial objects may have been intended to placate the gods, fearing famine and failed harvest. 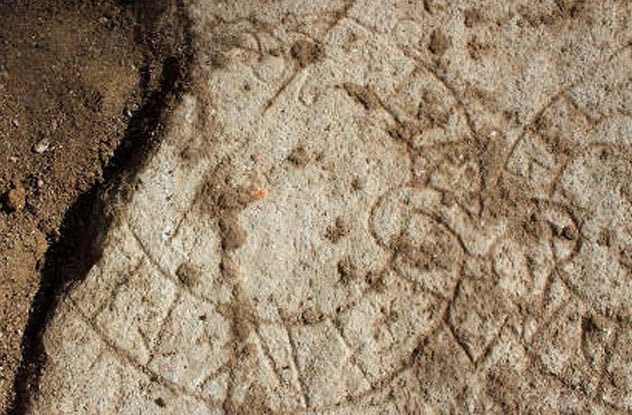 While installing a lightning conductor at a church in Hagby, Sweden, workers discovered an ancient runestone. Dated to the mid–11th century, the stone is 1.8 meters long and 1.3 meters wide. Experts have attributed the work to master rune carver Fot. While not signed, the rune’s style is consistent with other discoveries attributed to the 11th-century rock carver. Runes were typically carved into wood. Only a master stonemason would have been able to tackle a project like the recently discovered stone.

The runestone had been missing for nearly 200 years. It can be seen in 17th-century depictions of the original church that stood at the site. When the medieval church was torn down in the 19th century, records list the rune as “missing.” 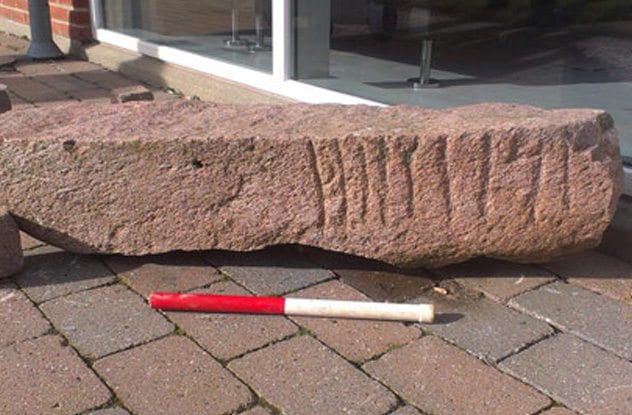 Brothers in northern Denmark recently unearthed a runestone that had been missing for 250 years. Buried among the ruins of an old farm was a rune-cloaked monument last seen in 1767. The artifact has been dubbed the “Ybdy” stone based on its runic inscription. The recent find was compared to drawings of the missing stone and determined to be a perfect match. The presence of the stone attests to the importance of Thy and the western part of Limfjord were during the Viking age.

After the initial discovery, researchers located two more components to the Ybdy stone. One contained the top portion of the runes. Another contained a fragmentary runic inscription of “nsi.” It is believed the stone was broken into eight parts. 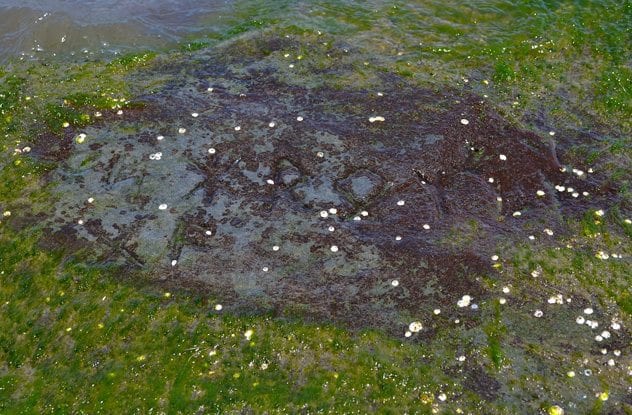 The Narragansett Runestone has been the subject of much debate—and controversy. The 6-ton, 7-foot boulder came to the attention of archaeologists in 1983. Its two lines of carved rune-like symbols were considered evidence of early Viking exploration of the Rhode Island coast. According to the Rhode Island Historical Preservation & Heritage Commission, there are several engraved rocks in the Narragansett Bay region.

In 2012, the runestone mysteriously disappeared. A yearlong investigation recovered the “misplaced” stone. How the rock was moved and who aided investigators in the rock’s recovery remain a mystery. The recovered rock is sealed under lock and key.

The plot thickened when Everett Brown, 65, of Providence, revealed that he carved the rune-like symbols 50 years ago. According to locals, the piece was in existence at least as early as the late 1950s. The stone is real. However, its Viking origins are suspect. 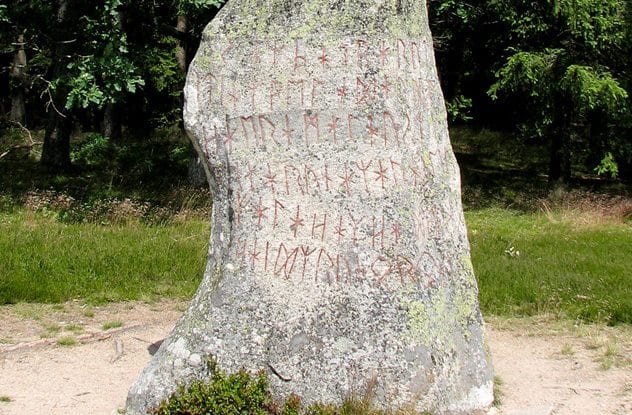 The tallest runestone in the world is also one of the most terrifying. The Bjorketorp Runestone of Blekinge, Sweden, measures 13.8 feet and carries bad omens. Dated between the sixth and seventh centuries, the stone’s inscription in Elder Futhark reads: I foresee perdition. This is the shorter of two inscriptions. The longer one explains that this is a rune of power and promises a plague of death and destruction upon anyone who breaks the stone.

The Bjorketorp curse stones may have been carved by a master stonemason, who also made works in Stentoften, Gummarp, and Istaby. Not only do they contain similar messages, but the stones share a common artistic style. Also discovered in 1823, the Stenfoten runstone contains a similar proclamation of it being a rune of power and containing a curse against anyone who would violate it. The Istaby is a memorial to Hariwulfar, son of Heruwulfa.